For the last 8 years, we have hosted a big costume party. It has been so fun, but every year they got larger and larger and larger. The last year we did it, we maxed out at over 200 people. So this year, a move felt like the perfect time to scale back a little and do something new, but equally as fun for us. We decided to host a murder mystery party. We had been to one a decade ago, so we were definitely novices. But it felt like a way to get into the Halloween spirit with a small group of 18 people.

So today, I though I’d recap how we planned and pulled off our first (of many, I think!) murder mystery party. 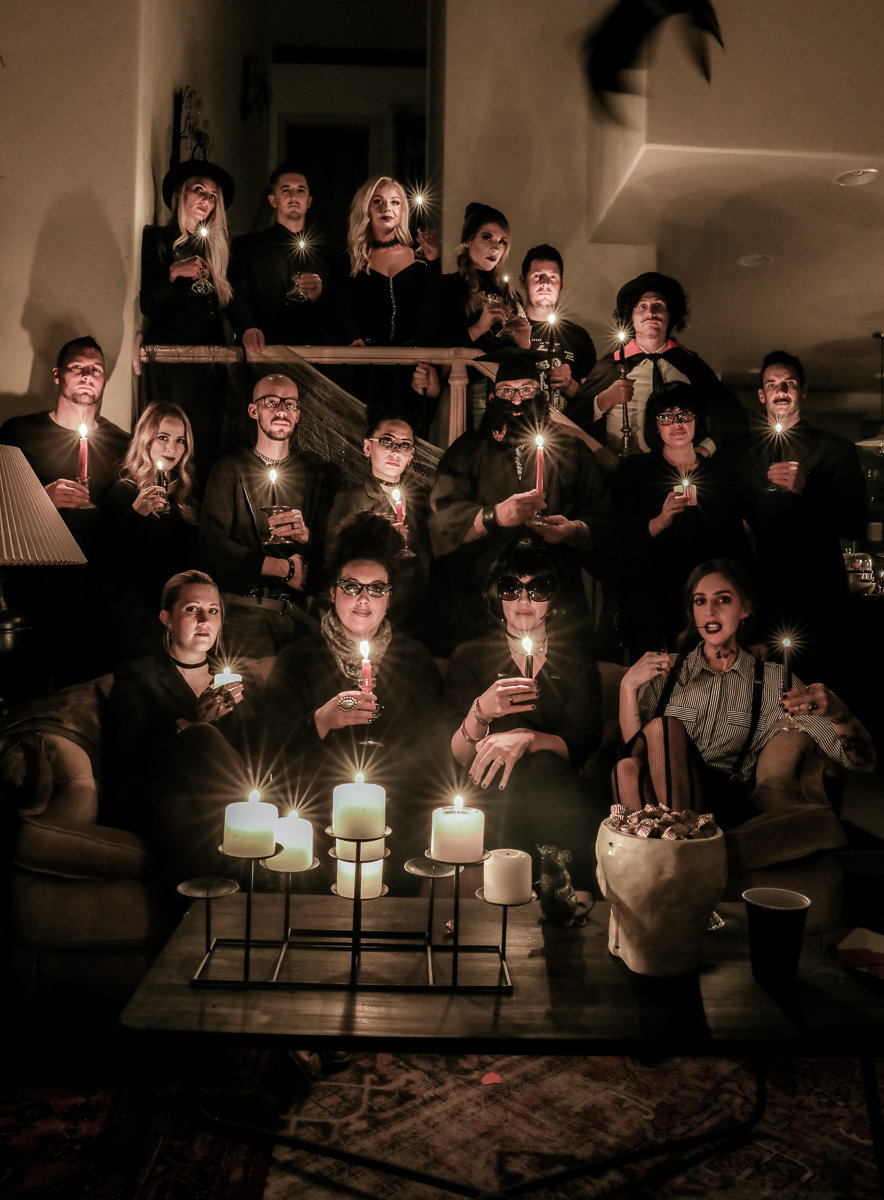 There are a lot of parties out there to choose from. You can order one from Amazon (I heard good things about this one!) and it will come with everything printed and ready to hand out. I stewed over the decision for a few days mainly because our house is obviously under construction so I really wanted to find one that 1. Fit that set description, or could!  2. Accommodated around 18 people and 3. Really inspired some good costumes–it is Halloween after all!

My search lead me to the My Mystery Party site where they will actually guide you to a murder mystery party that is right for you. We landed on Murder at the Poe’s Raven Party. This was the synopsis:

You have received an invitation to a raven party at the Poe Mansion in the gloomy crime-ridden city of Wraith’s Cove. The town gossips are chattering about the disreputable people on Eddie Poe’s guest list. What could Eddie be thinking? Could it be that Eddie has finally gone mad? It appears that at least the Poe Mansion’s in dire need of assistance. Ever since Eddie’s housekeeper quit, the estate is in shambles.

Nevertheless, you are intrigued by the thought of a Gothic dinner party held in honor of a fiendish bird – even if the group of ruffians may cause chaos. Chaos can be fun sometimes, right? This is where your story begins.

An estate in shambles? Check!! The other positive thing about this option for us was that it was an instant print. We only decided to definitely do this two weeks ago so it was nice to print it out right away and get planning! 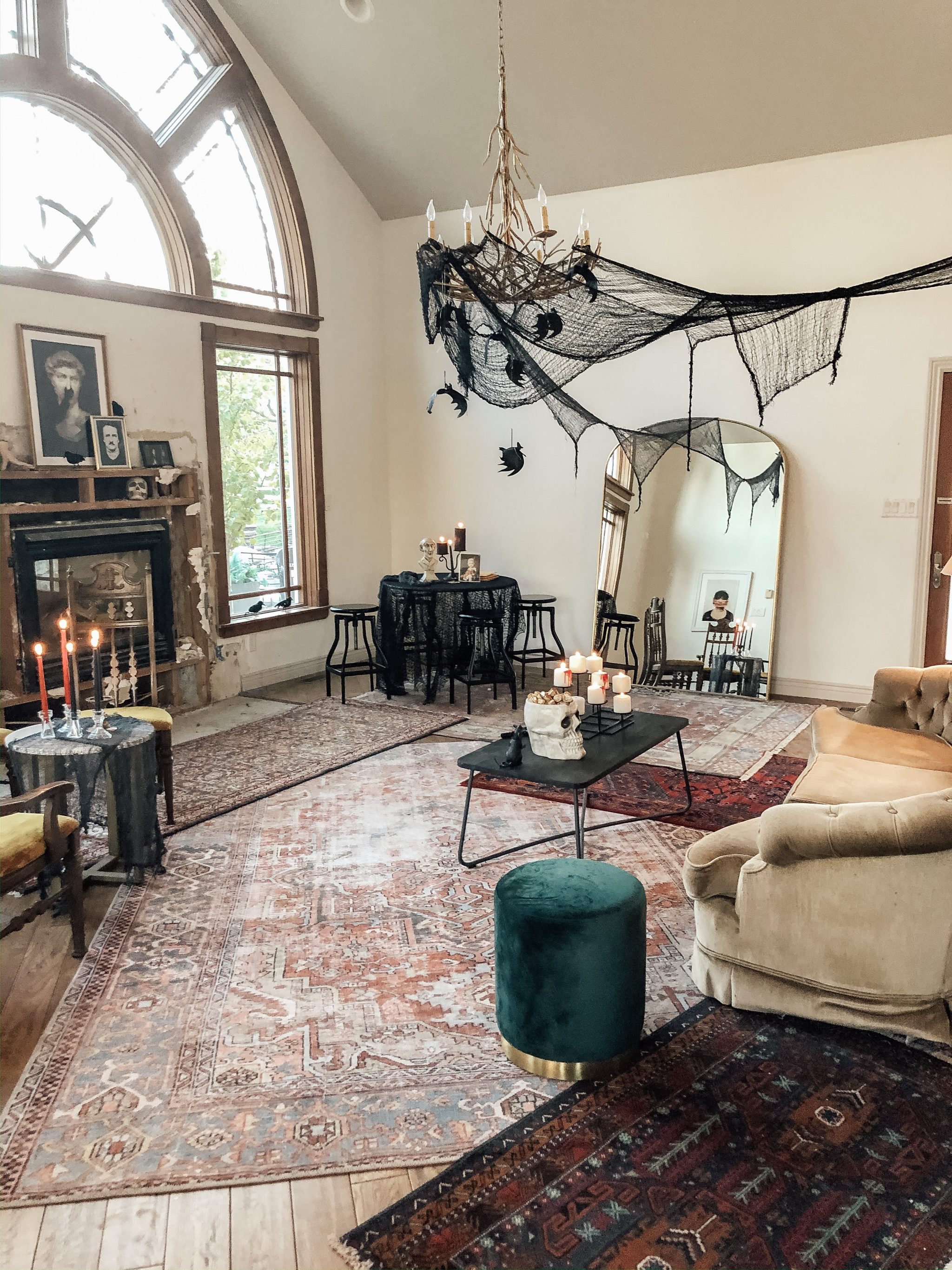 I asked my friend Corine to co-host it with me and that’s my first tip! If you can, having a co-host was a life-saver. Once we got our party, we read through the entire thing together. It comes with complete instructions of what to do when. It even tells you what pages NOT to read if you don’t want to know who the murderer is (which we didn’t), but after that initial read through, Corine handled a lot of the murder mystery logistics–printing off the name tags for everyone, stuffing envelopes (each round, each player gets another clue) and making sure everyone had their character assignments before the party. (We sent these a week prior.) The character assignments give a name, background/occupation and costume suggestions. Corine really helped keep the party organized.

I was in charge of food, decor, prizes (more on that in a minute) and hosted it at our home as well. The party said it would be 3-4 hours, but ours was about 2 and then everyone stayed and hung out for another hour or so. 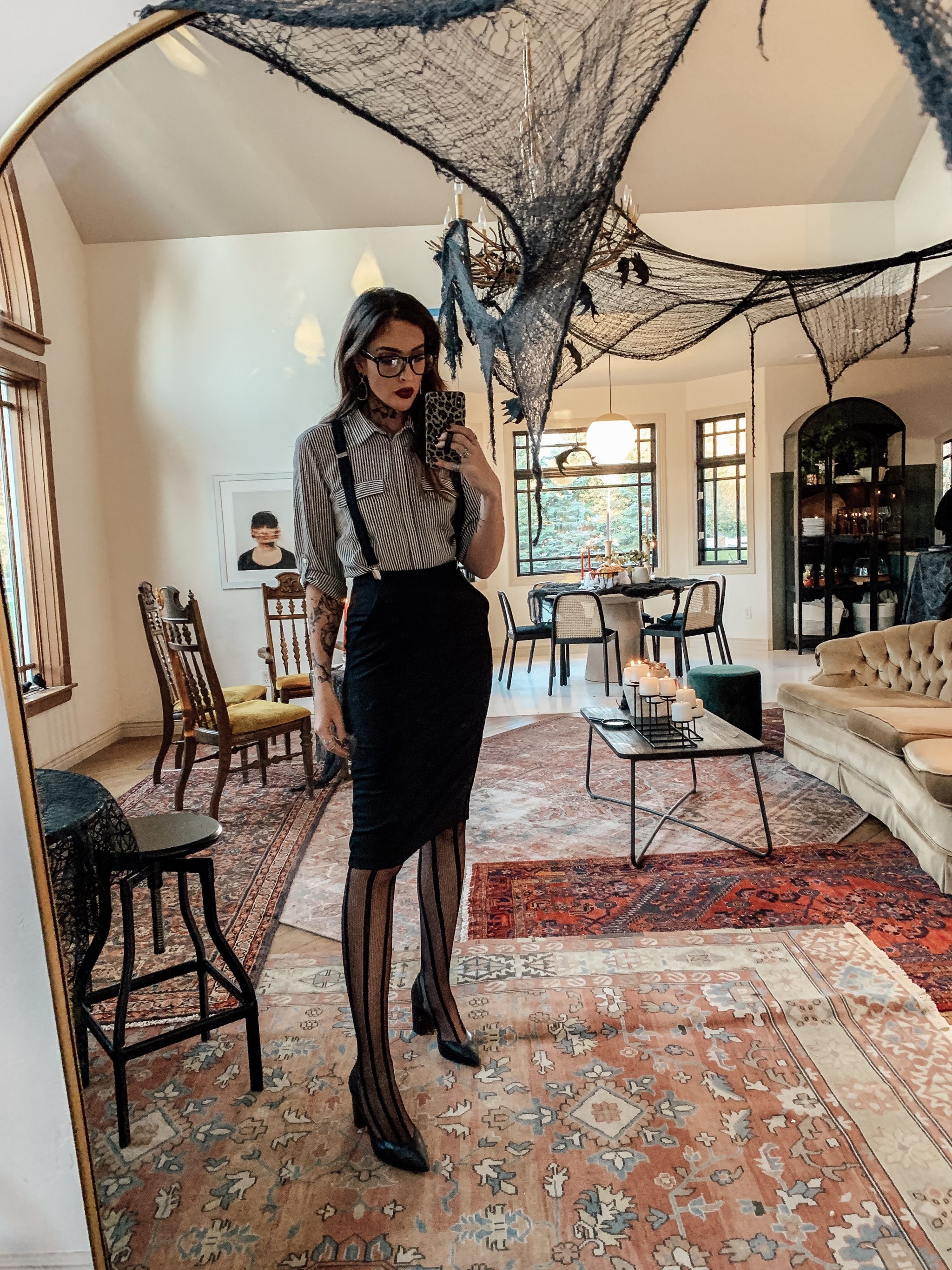 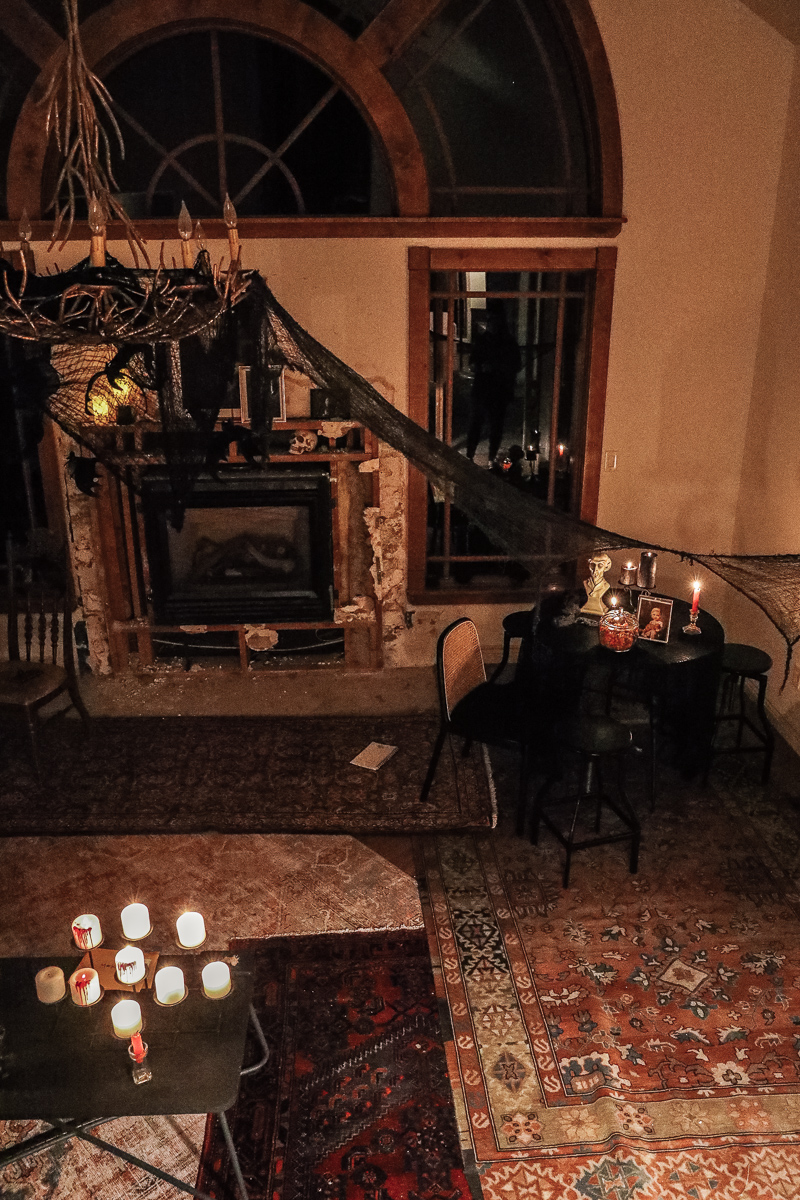 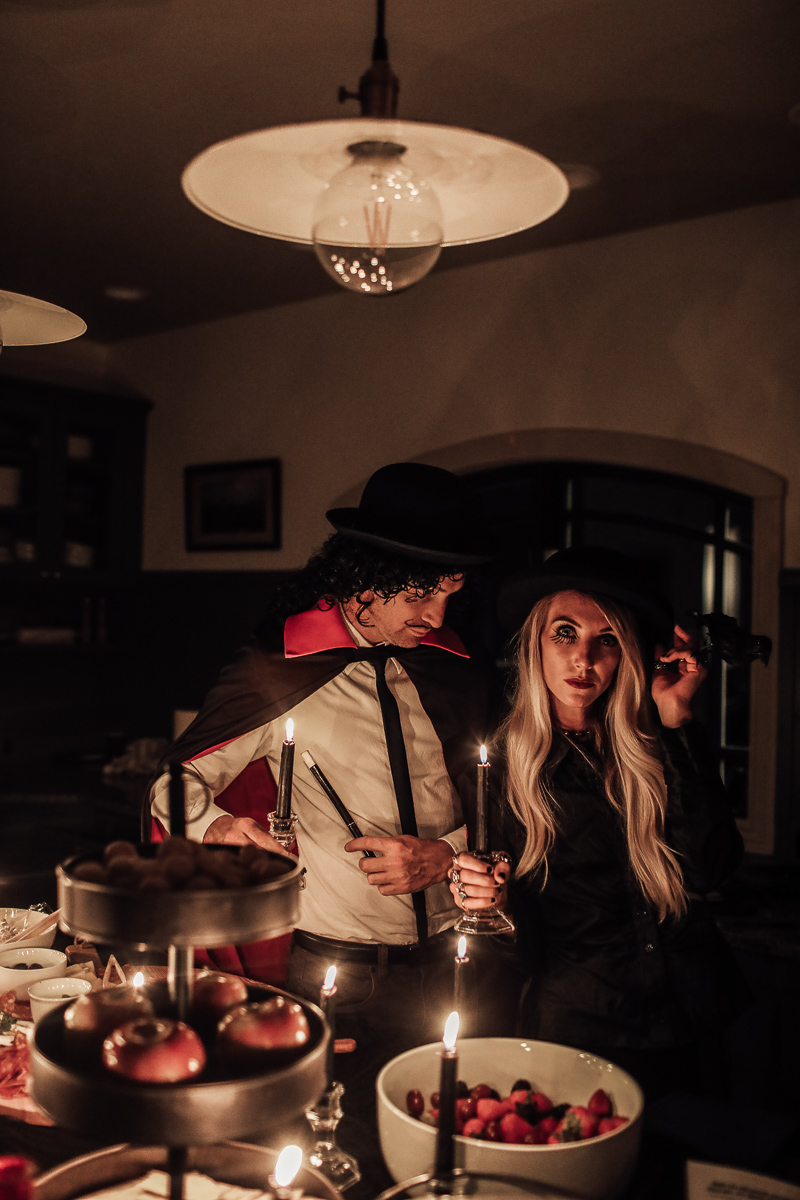 The party we bought actually came with a full menu suggestion along with when to serve it. We decided to not do a formal sit down dinner with courses (although I can DEFINITELY see us trying that in the future) so that it was a little more casual and everyone could continue to converse and eat the whole time. This is probably why ours was shorter too. Instead, we fill our island with an array of foods that were pretty easy to put together:

A charcuterie board served with all sorts of crackers, tomato soup, cheese fondue with bread, caramel fondue with apples, berries, little smokies, pumpkin spice donuts, donut holes, cookies, mulled apple cider, and we had bowls (and skulls) full of candy everywhere, too. 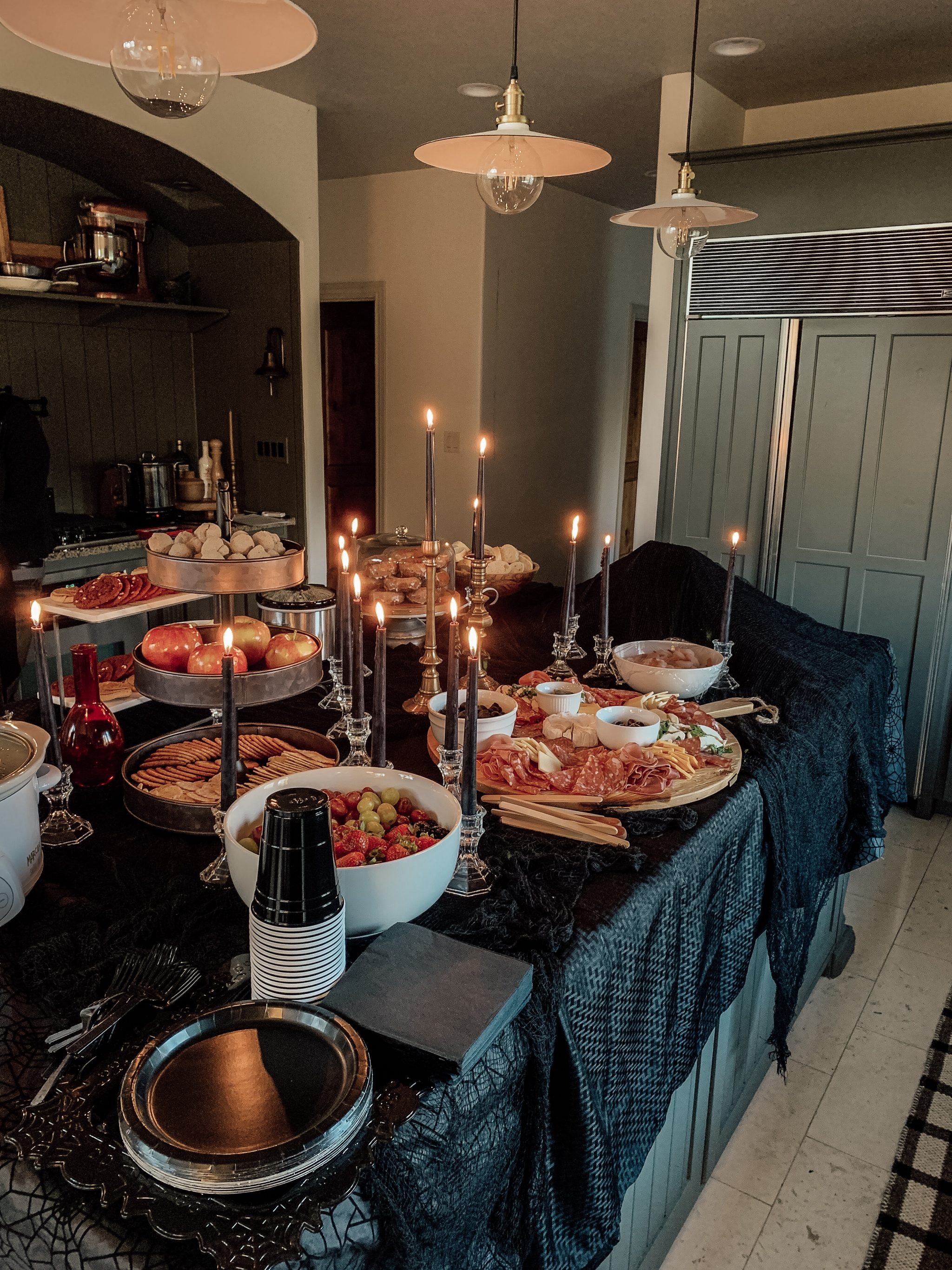 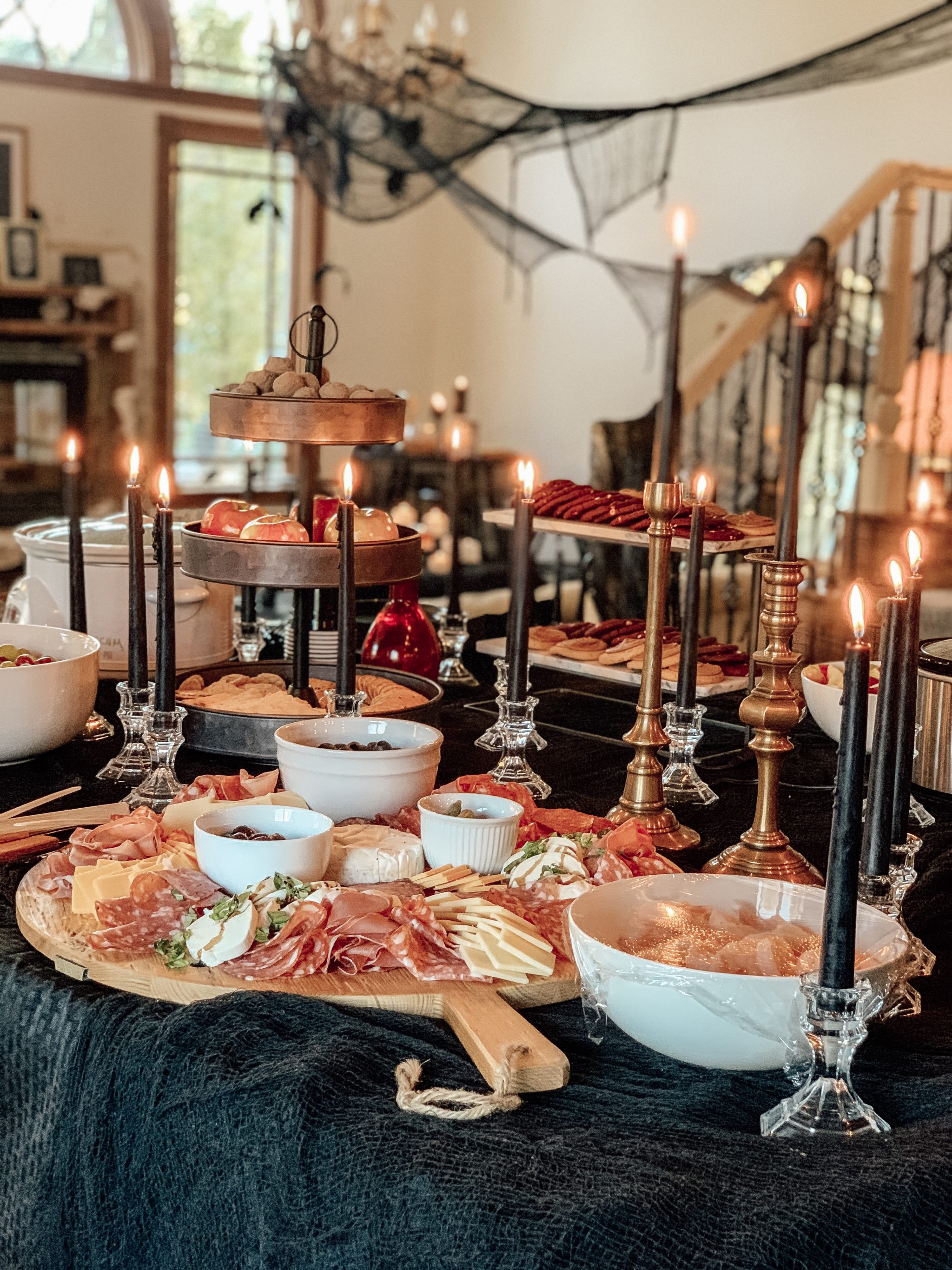 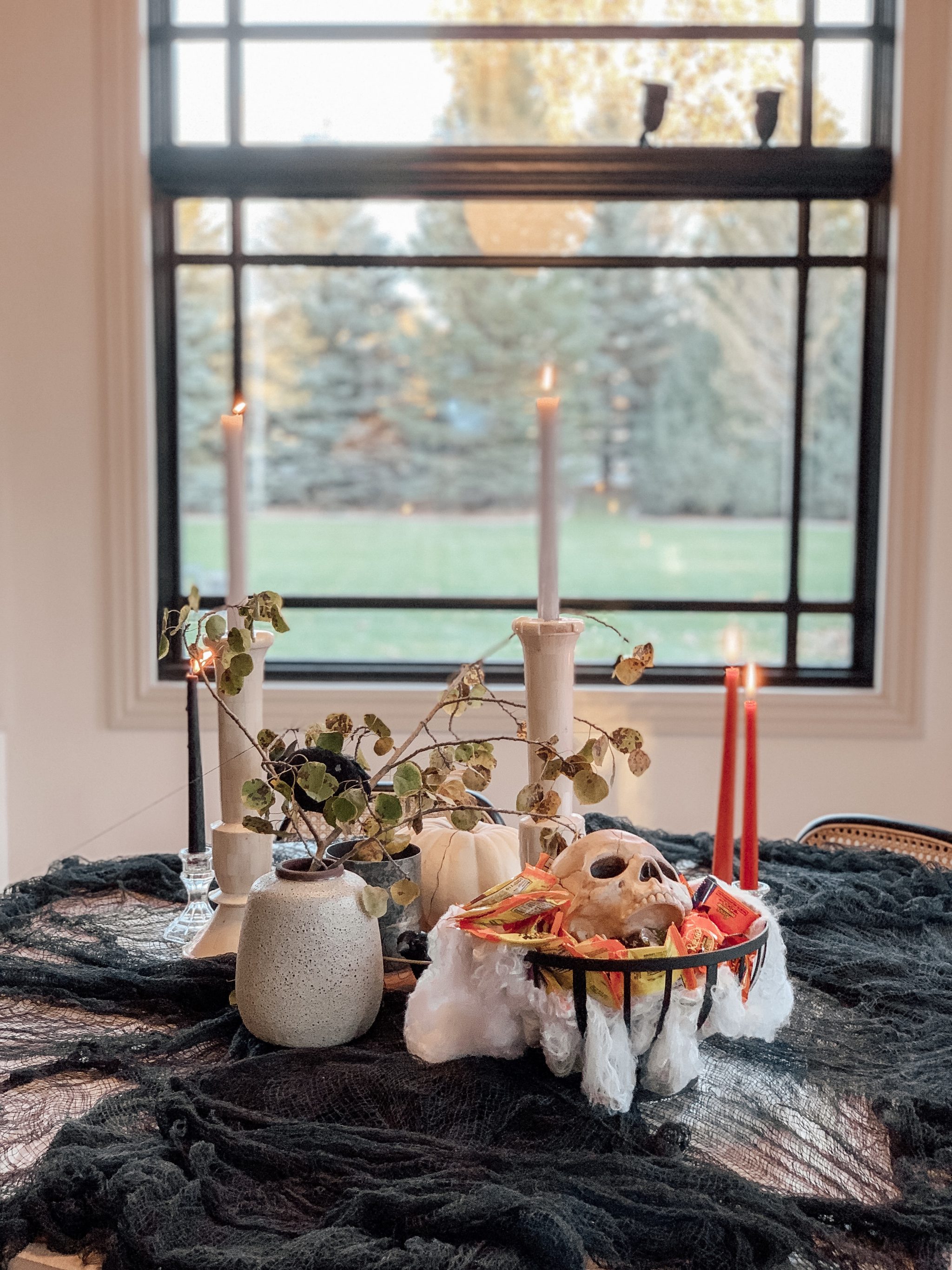 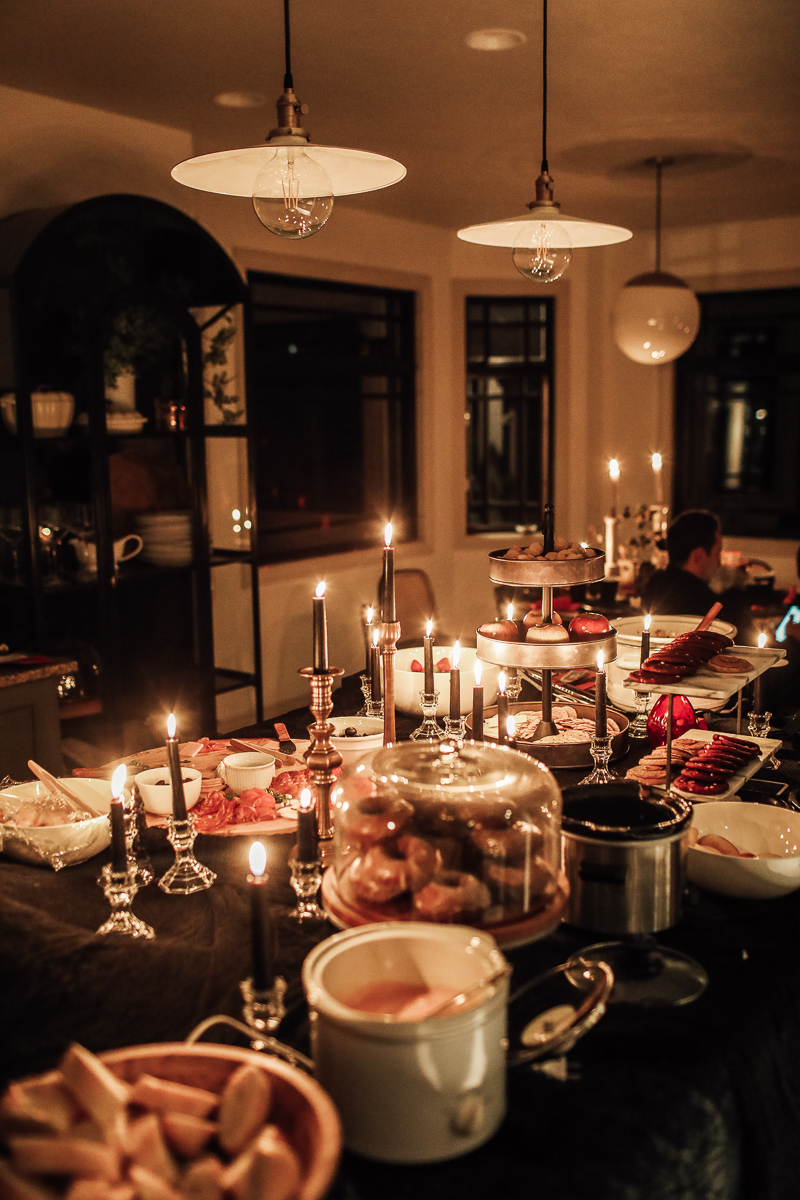 Choosing a party in a run down mansion made my job a little easier, but we still didn’t have any furniture in the living room (something we’re waiting for construction to be over to do). I took the opportunity to go thrifting and see what I could come up with. I found an old tufted couch for $35 and some amazing gothic chairs for $10! It was all I needed to pull the setting together. I layered all the Persian style rugs I had in the living room and added the large mirror from our bedroom to really make the room feel more elaborate and filled. 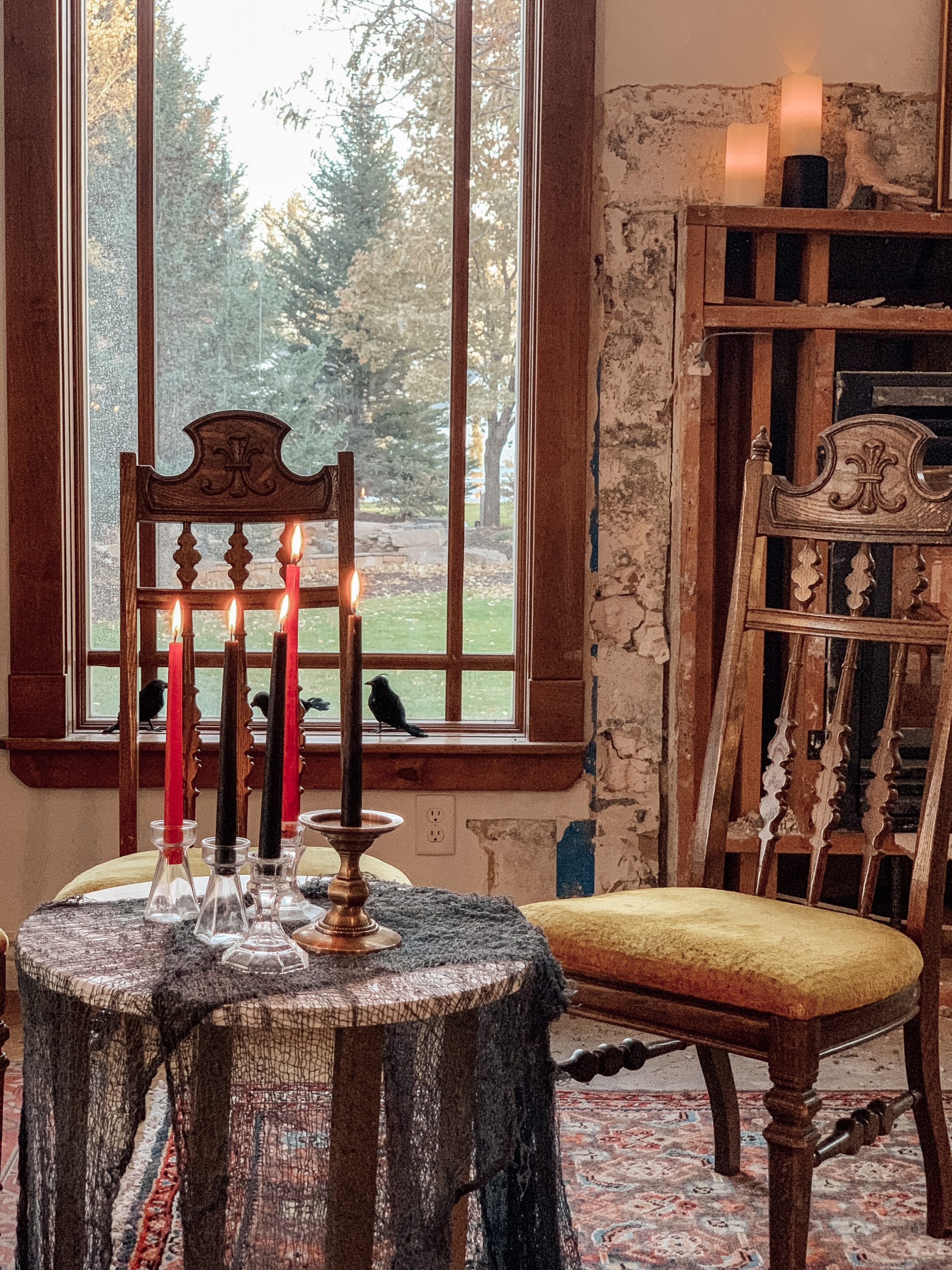 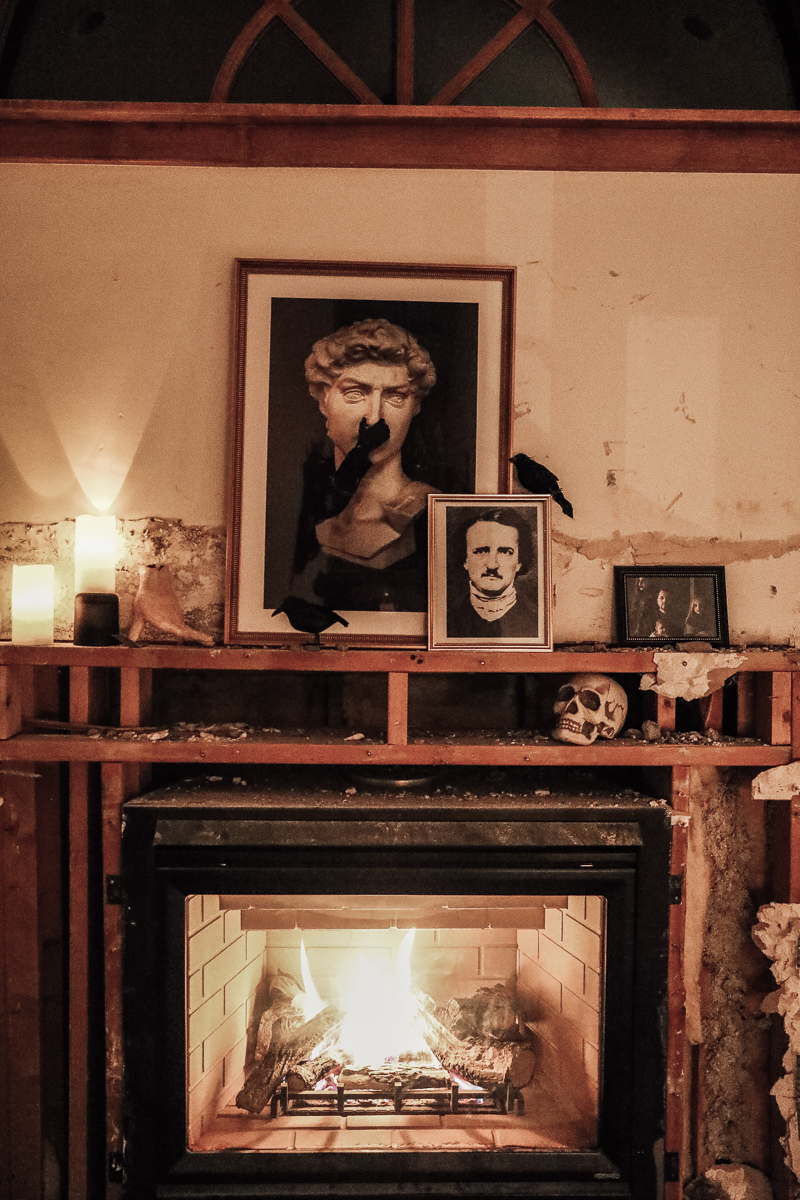 I used creepy cloth on nearly every flat surface and the chandelier, too. But besides that nothing sets the mood like candles. I ordered 24 black candle sticks from Amazon and bought faux crystal holders at the dollar store to mix in with the sticks I already had. Once everything was lit–it was an immediate mood! 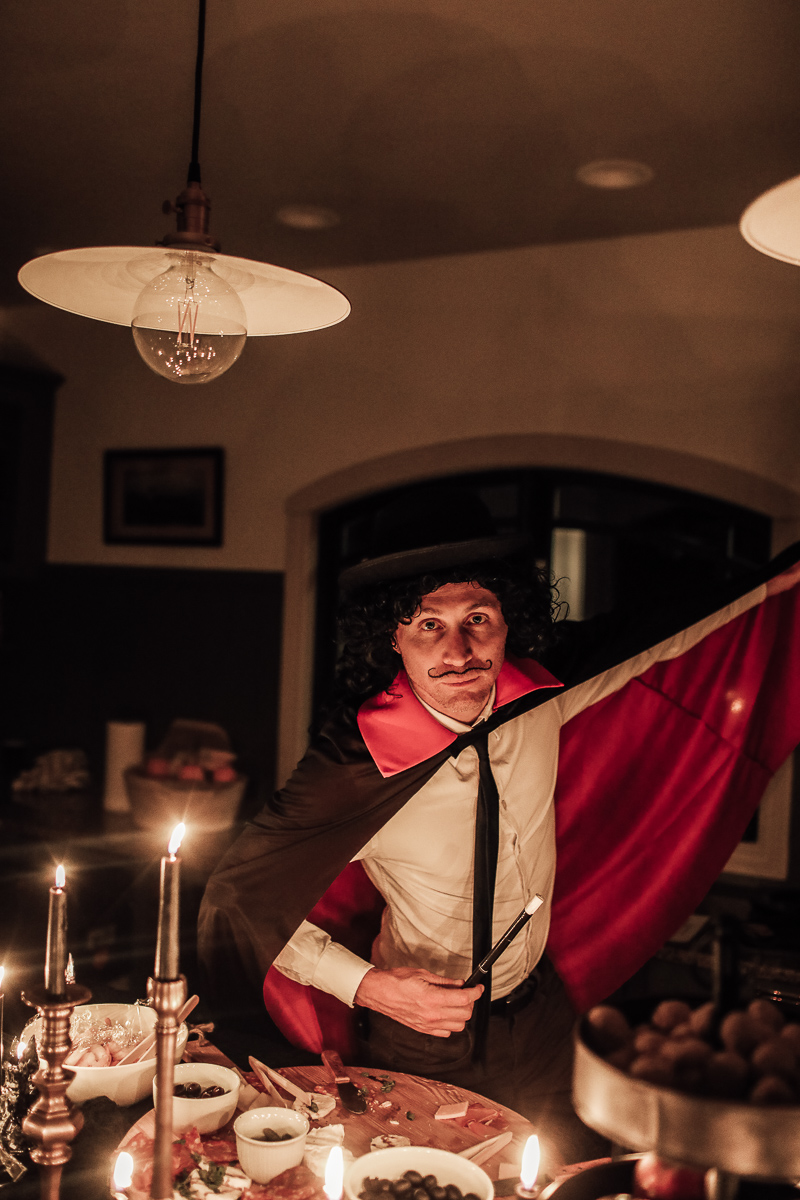 Having never done this, and also knowing our friends, I wondered–is everyone really going to be acting all night? And the answer was a surprising and enthusiastic–YES. Even the people I was unsure of BROUGHT it. The prompts you are handed at the beginning of every round mention people you’ll want to talk to and things to bring up. So it makes it really easy. Some played their part more than others, which really helped everyone else feel comfortable acting their part. My sister brought a fake pack of cigarettes and chain smoked all night and never broke character once. Preston played an illusionist and did ACTUAL magic tricks! Because you are basically handed conversations to have, it goes a lot smoother than the scenario that might be playing out in your head. 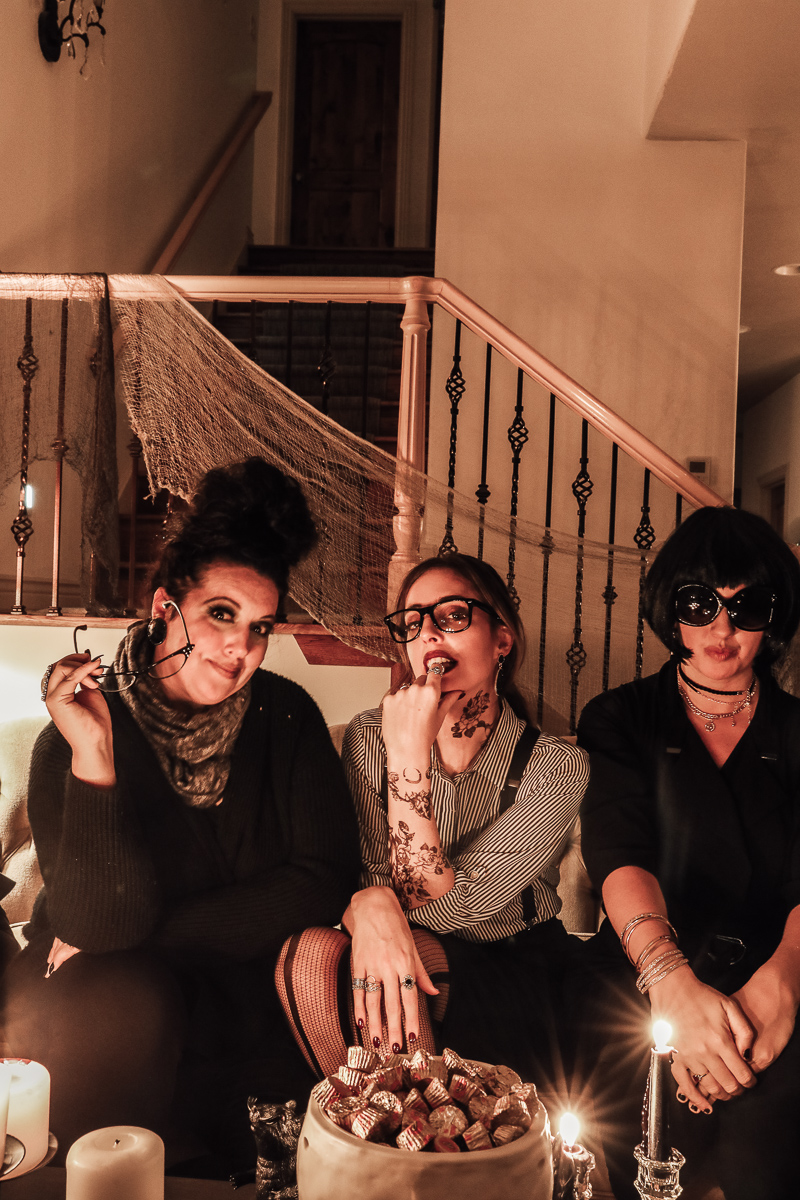 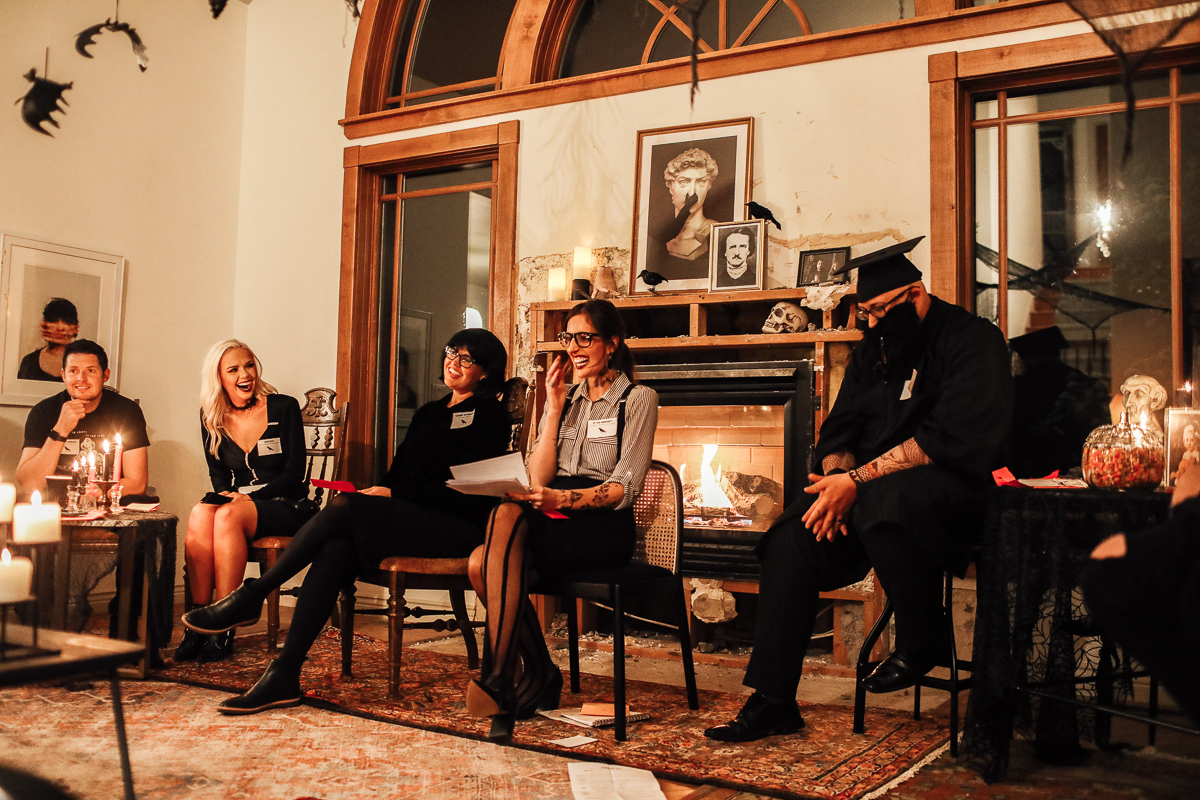 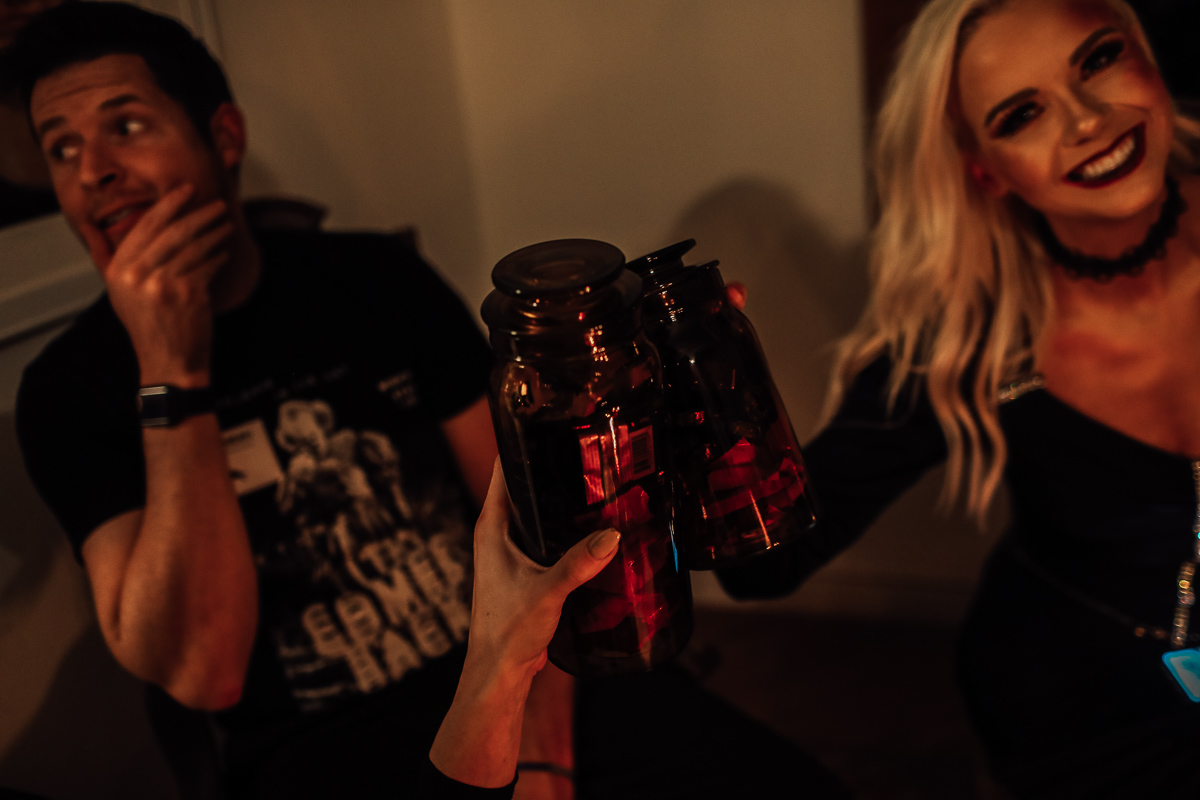 We decided to hand out 5 prizes at the end of the night. I just got some nice amber apothecary jars from Target and filled them with Halloween candy. One prize was for who had the most fake money at the end. There was a suggestion in the party we bought, to hand out fake money at the beginning and people could buy secrets from other players. Some people were really good at it! We also gave out a prize for the best actor and best actress. We gave out a prize for the person who guessed the murderer correctly (and first)! And the last prize was for best costume.

All in all, it was a wildly engaging and fun evening and we’ll definitely do it again. We got a lot of questions about where our kids were–they were just upstairs! Polly (our 2 year old) was sleeping and we put on a movie and brought snacks up for our older two. There have been times in the past where we’d get babysitters to stay with them if the youngest was awake though.

Unfortunately, Chris was not well enough to attend the whole party. His doctor said he would be and Chris was really working toward that, but he was just too weak. He came down to say hi to everyone for a few minutes and went back to bed. He encouraged me to go through with it, but he was very very missed.

One thing that I’d really love to improve on or add next year are some butlers. Of course it might not fit the theme, but  I think it would be fun to hire some high schoolers to offer food and drinks to guests–really bring the whole night home. Have you done a murder mystery party before?? 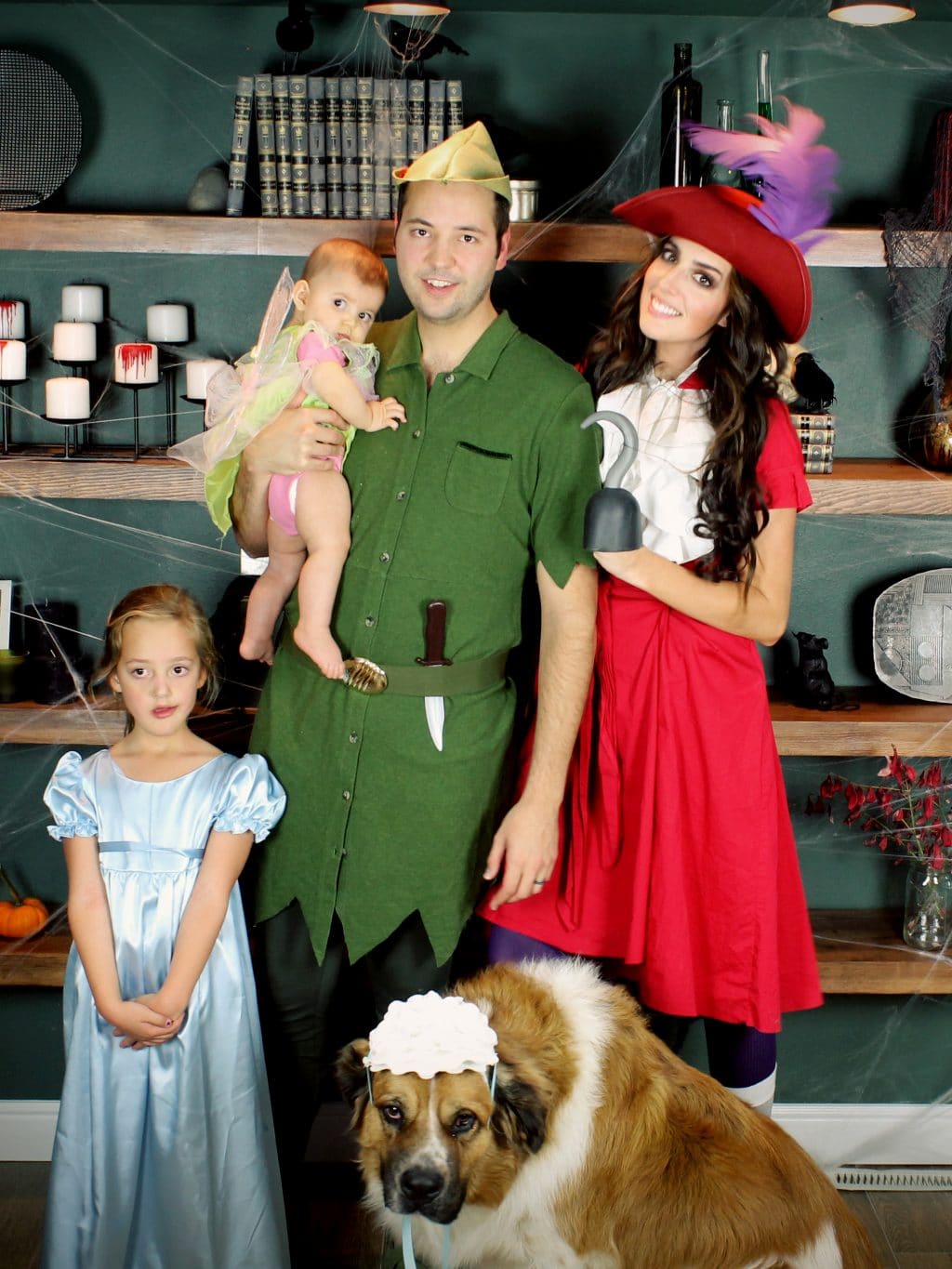 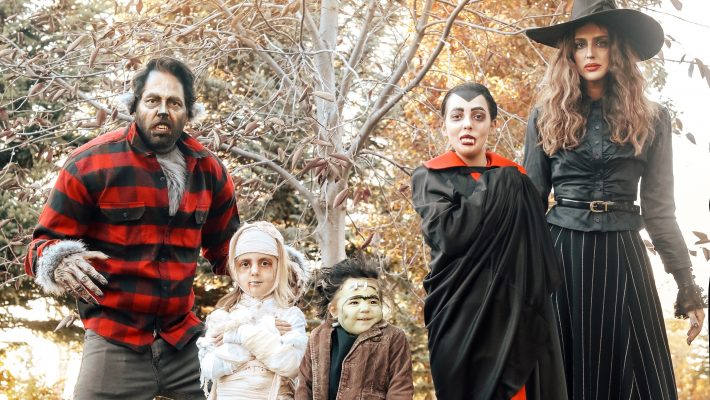 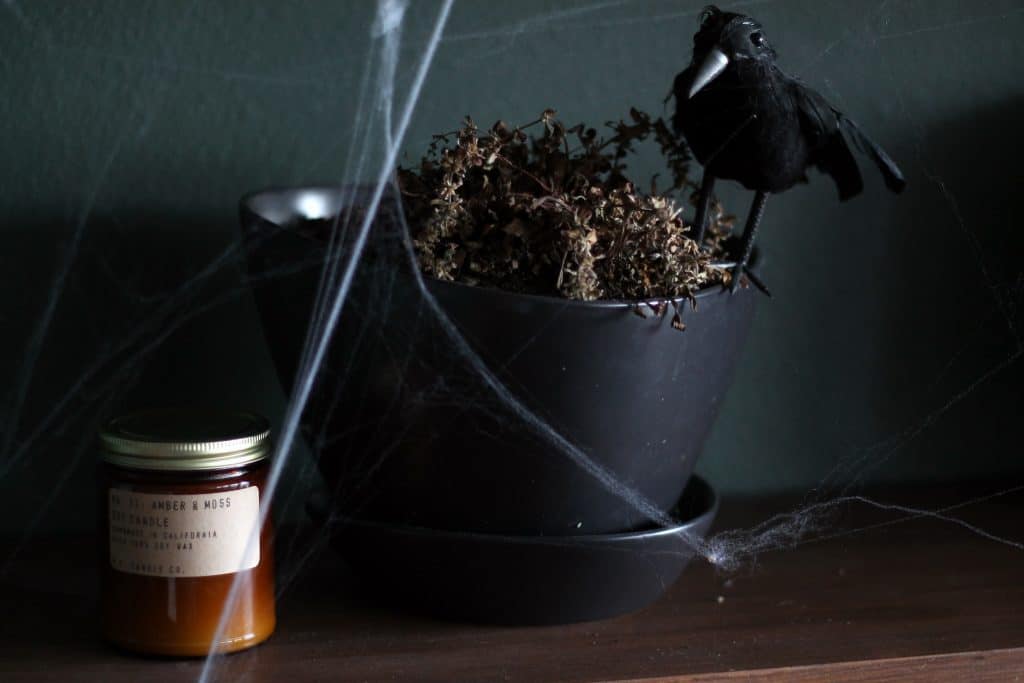