TOP
Yesterday, we let you see what fun it was to take that silly half wall down–but we can barely wait to build things back up in a way that makes more sense to us than a random wall/shelf two-thirds of the way up a wall.  So, here are the plans.  Albeit, a very rough floorplanner.com 3D drawing:

We’re doing built-in looking bookcases all the way to the ceiling!  The space underneath the bookcases will actually be wall that comes out the same depth as the bookcases, so despite the way it looks, they won’t actually be floating in the air.  We needed a solution to disguising our jolting foundation at the bottom of the wall and we are so excited about having a wall full of shelves.  The above picture looks a little wonky, but worry not, all of the bookcases will be trimmed out to look built in so there will be no seams or space between them.  We are also adding crown molding at the top of the shelves to keep it extra classy and less, puzzled together.

There are three different bookcases that will go into this wall-o-fun, all from Ikea.  First, the Billy bookcase will flank each of the far sides of the right side of the sliding door and we are actually cutting down a full size Billy to fit perfectly on the left side of the door. 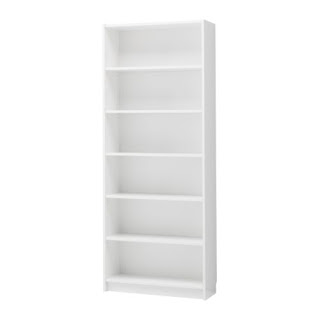 In from the Billy, we have the Benno.  Which is actually a narrow DVD case, but we won’t use  it for DVDs only, especially since we only have about 6.  However, because of its intended use, it is not quite as deep.  We will be adding boards to frame it out, so it fits in nicely and looks seamless. 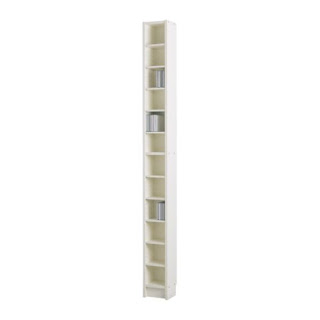 Those two bookcases together will bring us to the width of our television, plus about 3 inches on each side for wiggle room.  On top and bottom of the television, we will also be using bookcases from the Billy collection, but this time they are horizontal wall shelves. 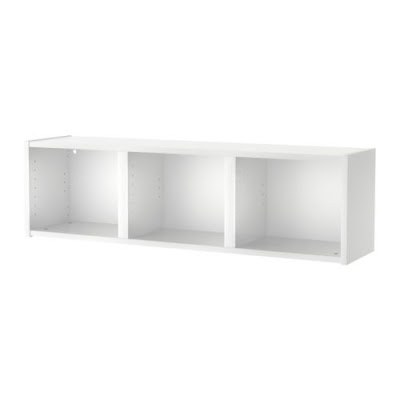 Do you catch the vision?  I hope so.  And if you don’t quite yet, we plan to have this whole thing up within the week, so you won’t have to wait for-ev-ver (Sandlot, anyone?) to see what we have so perfectly mapped out in our minds. Right now, we are working on framing and drywalling the platform underneath all of these future bookcases.  And hope to have that done to share with you on Monday.  Anyone else dreaming of built-ins?  Big weekend plans that don’t involve sheetrock?  Spill, so we can live vicariously through you.

« My First Go at Demolition. 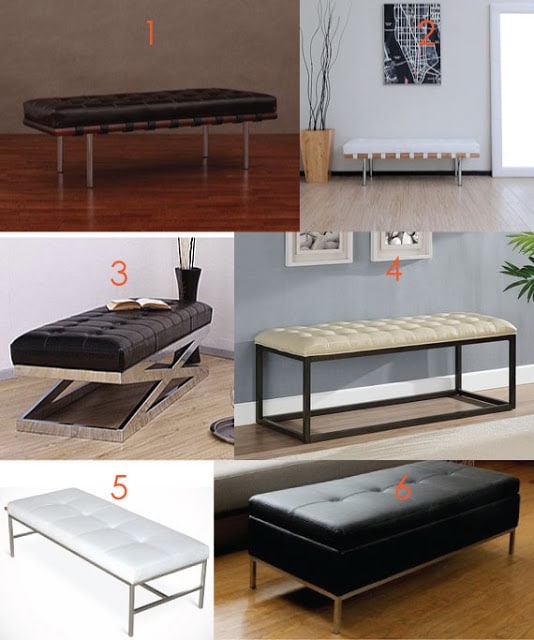