We had some technical difficulties yesterday.  I thought I lost my MacBook.  I knew where it was–but I thought it had gone kaput.  Luckily, its sudden turning off and not turning back on was just a charging issue.  So, for now if I keep a weight on the cord, it stays on.  Hahaha.  I’ll take it!  All this to say, I missed blogging yesterday.  I missed letting you all know about the progress we are making in the family room.  So, to catch you up:

We tore down the half wall.  This was my very first time demo-ing a wall and it was harder than I thought!  We went from pulling and prying to sawing and kicking.  And lucky for you, we documented the whole thing and then sped it up 650% and added some snazzy music:

That is how we spent our Valentine’s day.  Which wasn’t a bad thing, really. Chris is really fun to work with and if you didn’t notice–I stood back and watched a lot.  Hehehe.  So after all the demolition, it looked like this: 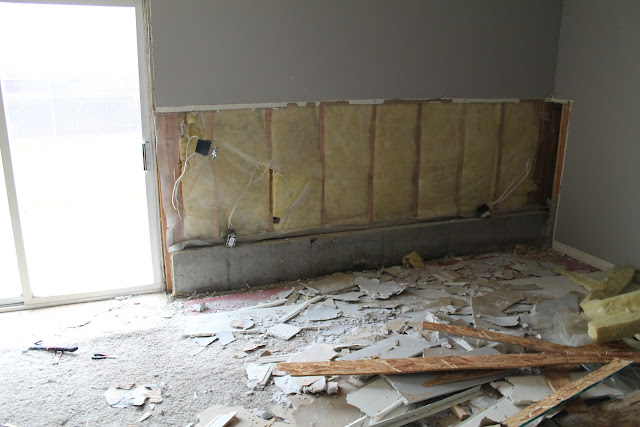 A reader warned us that the half wall was there for a reason, so last week we drilled a hole and found she was right.  The demolition process revealed about a foot of cement foundation jolting out farther than the wall.  Thanks to that reader (Hey Michelle!) and us confirming it in a pre-drilling session last week, we were prepared for this hurdle and actually have plans to incorporate it naturally into the look of the new room.  More on that tomorrow!  Gotta love a little suspense.

Last night, we tackled the electrical work.  Which included more of me scratching my head, confused, and just following directions.  Since this was going to be where our TV is now going to be, we wanted to rewire all the cable and plugs so that in the end, there wouldn’t be any visible cords.

Unfortunately, I can’t give you a rundown of exactly what was done because when it comes to electrical work, Chris is my hero.  But, if you have any specific questions, feel free to ask in the comment section and I’ll make sure Chris answers those.  Basically we first mapped out the whole wall to find where the tv would be in the end. 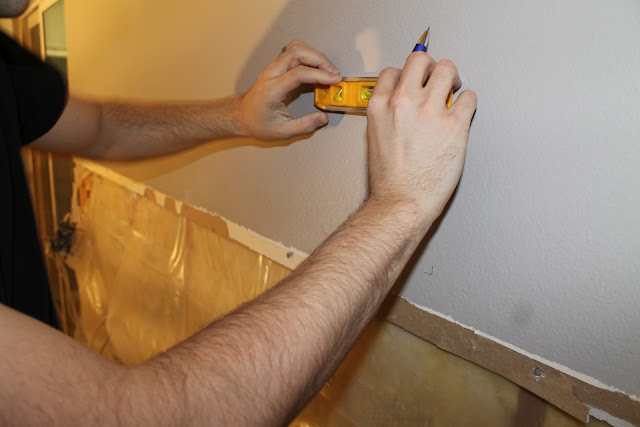 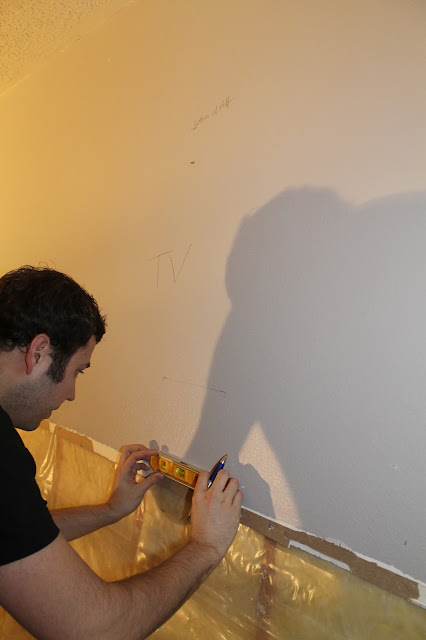 Then, fast forward a couple hours and he had this nifty box installed that will plug in all of the electronics hidden behind the television.  The middle slot is for other wires to access the plugs from underneath (where an additional slot will be installed behind the dvd player and apple tv. 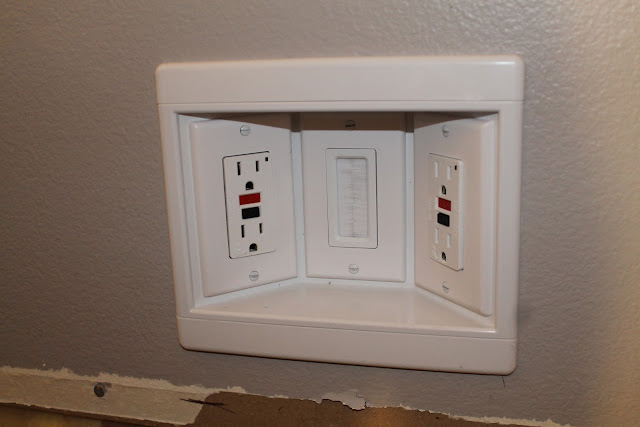 Really, I am just real impressed. 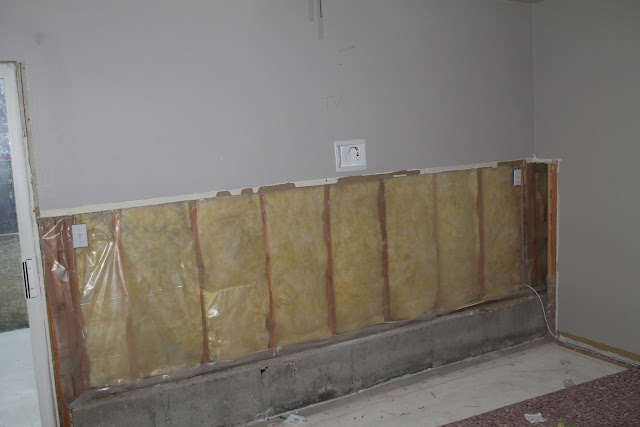 Tonight we are doing a whole lot of framing, and tomorrow we’ll let you in on the real plans for this wall.  It’s gonna be major. ;)

Our Plans to Disguise the Pesky Foundation »