Did you know I have 4 sisters?  I’m the second youngest of five girls.  Although, now that we’re all in our mid to upper (ahem Vic and Kris) twenties, sometimes it is hard to tell the age order because we are all so close together.  Krissy was born in 81, Vicky in 83, Patty in 84, Me in 85 and Andi in 87.

It’s fun to look at old photos of us as little girls and hope to one day have ALL little girls myself.  I tell Chris, “That would be my dream!”  Not that I want five children, but I definitely want my kids to have the same amazing childhood I did with lots of siblings close together…we’ll see if we get to five or not.  One of my favorite memories as a little girl is one particular lemonade stand we had.  We didn’t live on a very busy street–in fact, less than 20 cars probably went down every day–but we had frequent lemonade stands anyway.  Patty, Andi and I decided that a good business plan would be to put a star on the bottom of one of the styrofoam cups and whichever customer got that cup–they would get their lemonade for free!  Keep in mind we may only get 10 customers all day, and we were already talking about giving one of those away for free.  Our young minds didn’t understand that rarely, if ever, do adults stop their car and interrupt their commute because they want lemonade.  A car was approaching and slowing down.  We were already scrambling.  Who was going to greet and take their “order?”  Someone had to actually get the lemonade and one of us would collect the money.  As he stopped and rolled his window down we all did everything.  Three little girls tripping over each other to make sure this guy got the BEST service he had ever received from a lemonade stand.  As we picked up the styrofoam cup, we exclaimed, “YOU GOT A STAR ON THE BOTTOM!” He was confused and we all told him at the same time what the star meant.  He heard three times that he got his lemonade for free.  He tried several times to pay us, but we repeated over and over “we cannot accept that” until he eventually drove off with his free lemonade that was surely water-downed from all of the ice melting in our drink dispenser.  We probably spent the $7 we made that day from over-generous neighbors at Di’Stefanos, the local drugstore, buying candy and more lemonade for our next stand. 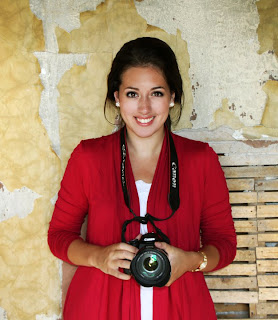 We are all in different places in our lives now.  My little sister, Andi, is actually living in Mexico with her husband.  She is a teacher for all-things-Mac/Adobe/Graphic design for professionals at a private school and teaches Language Arts, as well.  She is the Young Women’s president in her ward and she has a photography business on the side: Doublclik.  She recently entered a video she made into an LDS international video contest and has landed a spot in the top ten finalists.  Voting is now open to the public for the next two weeks.  Check out her video below called “Stand Tall” and vote for it to win, here.

You aren’t gonna believe me. »