Monday we were able to get all the carpet torn out of the main floor and the tack strips up and last night tile demo started. When I say “we” unfortunately I am excluded from all the fun while trying to keep this baby of ours in and Greta downstairs. But I did peek up a few times to snap photos and cheer Chris and his two buddies on last night as they demo’d the tile. We were expecting the worst when it came to the time-table (as in no less than several hours over a couple nights), but they got all the tile up in the great room in an hour. We were thrilled with how swiftly the job went! 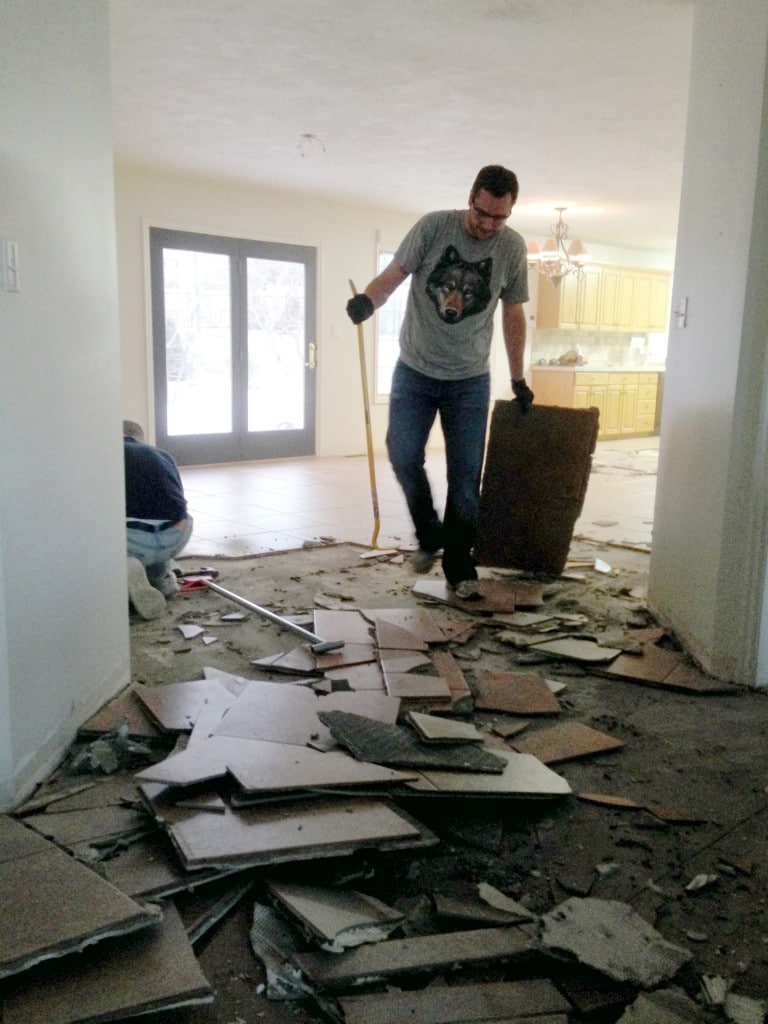 There is still tile to be removed in the laundry room and the hall bath, as well as under the kitchen appliances, but we’re celebrating this big chunk of a victory. 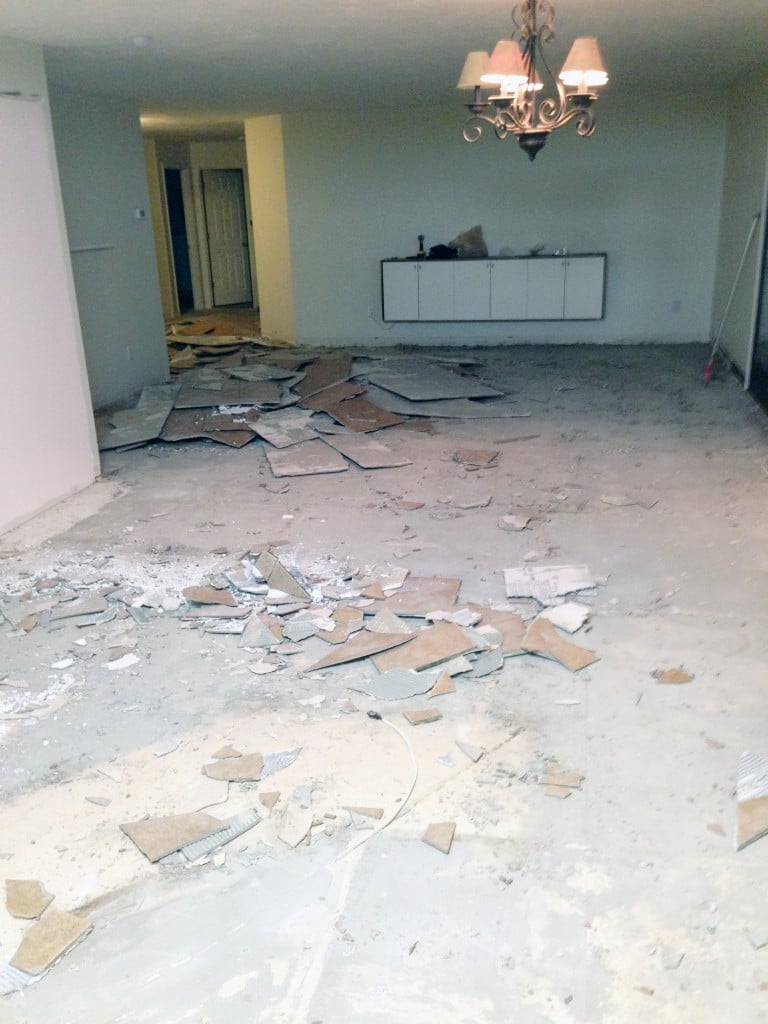 We bought a handful of tools (hammer, ceramic floor scraper, pry bar) to tear up the tile, but the one that was passed around amongst all three guys was this 42″ wrecking bar we found at Home Depot. Chris used it like you would a shovel. Sliding the pointed end under the tile and then push down a little bit. Repeat in neighboring sections. And then the tile would pry up in larger sheets. They were convinced that if all three men had a wrecking bar they could have cleared the area in 20 minutes.

I’ll try to catch the process on video tomorrow night for anyone else faced with a sea of tile. There is a ton of debris and mortar to clean up and we ran into another issue with the subfloor that we’re going to have to deal with. But if there’s one lesson we learned from the whole tearing-up-the-tile task that we were dreading since we started planning this project 6 months ago, it is to just hunker down and do it. Don’t try to find a way that’s physically “easy” – just muscle your way through it. We wished we didn’t fear the project as much as we did and just got to it. Paul Coelho puts it perfectly in his book, The Alchemist, “The fear of suffering is worse than the suffering itself.” We are living in chaos, yes. This project is huge and the timing is terrible. But, we’re doing just fine tackling one part at a time and celebrating each accomplishment. Carpet free? Check. Tile gone? …almost

P.S. Prints of last week’s paint, Sprung, are now available in the Etsy shop and today is the last day to take 15% off ANY print using the code XOXO15.

« On Painting (and paying attention to) Ceilings