I’ve received a few questions about olive oil lately that I thought I’d take today’s post to address. See, whenever I’m explaining my dishes, sometimes I say stuff like, “Use light olive oil – not extra virgin” or “Use a fruity extra-virgin olive oil.” The question I’ve been receiving is, “What’s the difference?” This is a big question.

The truth is there are big differences and every cook picks their favorites. But just like every ingredient, each type of olive oil has a purpose and flavor that we should all be aware of, and “level of healthiness” shouldn’t be a factor when choosing which olive oil to use. The major benefits (omega-3s, omega-6s, monounsaturated fats) do not drastically change from one olive oil to the next (speaking in generalities – there may be outliers). No, the main things we want to worry about are flavor, and smoke point.

First, flavor. Olives are fruit, and as such they have their own flavor. This flavor is transferred into the oil produced from the fruit, and the intensity of the flavor depends on the level of processing. You’ve probably heard the term “first cold press.” This means that the oil was produced simply by crushing or “pressing” the olives one time. It’s a “cold press” because no heat is added. Once they have extracted all of the fresh oil from the first cold press, they put the olives through other processes to extract oil, including heat and chemicals. The more processing, the less the oil tastes like an olive.

The second factor is smoke point. What I mean by smoke point is the temperature at which an oil begins to burn and smoke. Once an oil begins smoking, it’s best to throw it away. Continuing to use it will only make your food taste bad. Extra-virgin and virgin olive oils have a very low smoke point, meaning they burn easily. Basically, there are microscopic pieces of olive in these oils, and these pieces of olive, while tasty, do not take kindly to heat. Pure, light and extra-light olive oils have been refined more, which raises their smoke point and makes them more usable in high-heat applications such as frying or grilling.

That was the elevator pitch for olive oil. You may be thinking, “Chris, just tell me which olive oil to buy.” Well… 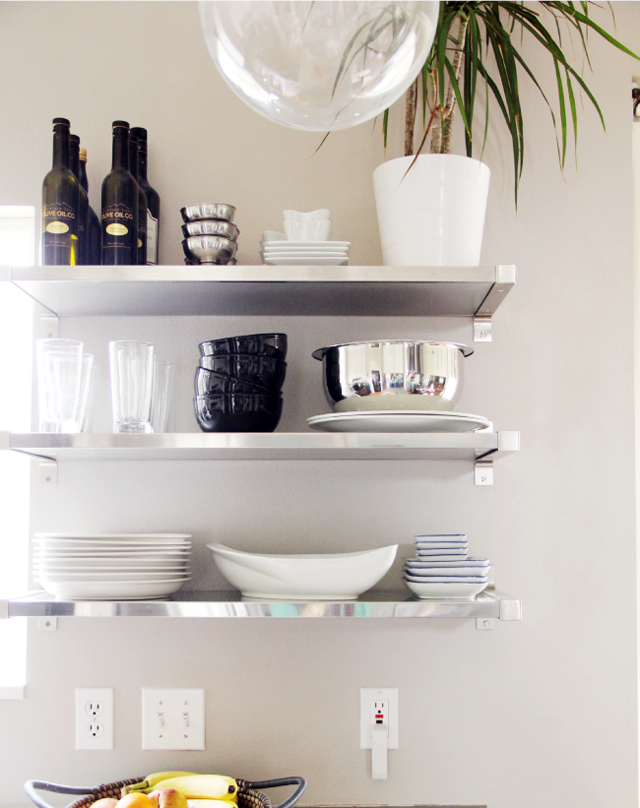 See that top shelf? Those are my oils. I have 6 of them, each with a different flavor and use. How can I tell you which oil to buy when I can’t narrow it down myself? While I may not be able to give you specifics, I would suggest having at least 2 bottles of olive oil – one extra-virgin (1% or lower acidity) for low-heat uses such as sweating vegetables, dressing pasta and salads; and one light or extra-light for high heat uses like grilling, pan frying, and roasting. Also, I would suggest everyone have a jar of coconut oil on hand, but that’s another post.

* side not about frying. Olive oil can be expensive, so you’ll notice I don’t do a lot of deep frying with it. I usually do shallow frying (pan-frying) or sautéing, to use less oil. If you want to deep fry something, I suggest using a cheaper oil like canola or peanut. Yes, less healthy. But so is deep frying. :)

I hope that gave a little clarity on the oil front. Whatever you do, don’t let people talk you into absolutes, like “Never buy anything but extra-virgin.” An approach like that only limits our ability to create great food. So find a good olive oil vendor (I suggest Caputo’s, for anyone in the Salt Lake area) and start trying out different oils. As you become familiar with them you’ll come to appreciate their differences, and you’ll make better food because of it.

« Skylight In The Bedroom.