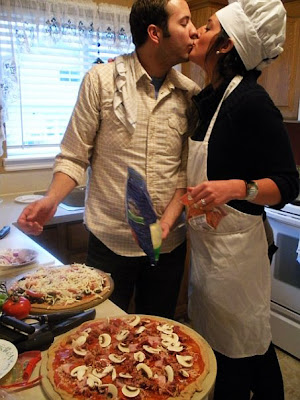 “You’ve been my babe for 2 years!”  That’s what I heard from Chris this morning over the phone.  Yes, we are apart for our anniversary.  He is putting on a big e-learning conference right outside of NYC this week and I couldn’t be more proud of him.  But, I have to admit, it is a bit of a bummer to be away from him on such a special day.  Although, we fell in love while we were away from each other.  I like it when Chris tells the story:


We don’t have any pictures of us from the early days of our relationship because we only dated for about 2 weeks before getting engaged. Now before you say to yourself, “Psh, typical LDS University students,” you need to know the entire story, starting with a blind date in December 2004.

That was the first time I saw Julia. I had been home from my mission less than a month and one of my old high school friends decided to set me up with this girl whose family had moved into her ward a year prior. The Bradley family. I had just kinda broken up with the girl I was writing on my mission, so I was all for getting set up (probably the only time in my life I was cool with getting set up on a date). So the night of the date comes, I show up to the Bradley residence, and pick up my date… Patty. Did I get ya? Haha. My friend set me up with Julia’s older sister, and at that time I didn’t even know Julia existed. But when I was picking up Patty, I remember specifically looking upstairs and seeing Julia getting ready to hit the town. I also remember specifically the thoughts I had when I saw her: “Wow, she’s cute.” 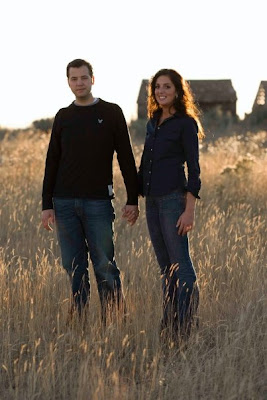 Patty and I never went out again, but Julia moved into my ward on campus and thanks to a couple guys who wouldn’t do their home teaching it fell upon me to visit her. We were always friends, and even went on a date every 3-6 months for the next couple years. We never kissed, never felt an awkward sense of obligation to spend time together, never had bad experiences with each other. It was just always a nice treat to see one another. Our relationship was ultra-casual.

Jules says that she liked me a lot, but if she did, man she played it super cool. I liked her too, but the timing was always off; especially when she came to visit me at work one day, breaking the news that she had received her mission call and would be leaving on her mission within a couple months. I was genuinely excited for her, congratulated her, and that was that.

So she met with her bishop, who thought it was a good idea she wait a semester to go on her mission. She was frustrated and didn’t understand why, but I think now we both know why. 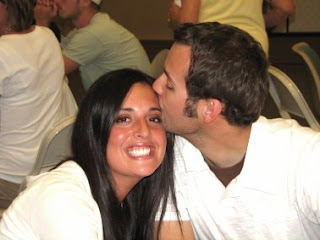 We spent a lot of time together that semester. Again, never kissed or anything like that. We would snuggle during a movie every once in awhile, but that’s as far as it went. I remember one night, Jules was over at my apartment and we were making dinner with a few friends and watching a movie. She said, “I have a question for you guys. What do you think is more accurate, ‘Absence makes the heart grow fonder’ or ‘Out of site, out of mind?’” My buddy piped in without hesitation and said “Out of site out of mind, no doubt.” I disagreed and said, “Nah, I think it depends. I think that absence makes or breaks. If you never were that interested, out of site out of mind. If you were, it makes the heart grow fonder.” 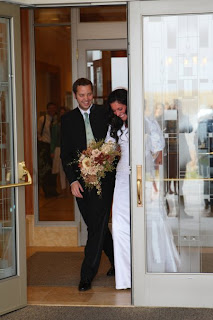 Long story long, she went on her mission and I started dating a super nice girl who was a lot of fun and seemed to hit every mark on my checklist. I received a couple letters from Jules but out of some sense of obligation to my current girlfriend I didn’t reply. But truth be told, I could not stop thinking about Jules for the life of me. I broke up with the girl I was dating and spent a couple months sulking. Then one fateful day I sent Jules a letter. Then another. Pretty soon it was every week, and just before Christmas 2007 I told her I had fallen for her and needed to say it before I exploded. She reciprocated my feelings and we wrote every week for 7 months until she came home July 7th 2008 (which also happens to be the day of our first kiss-waste no time).

The following week we were outside in my parents’ front yard looking at the sky. I nervously forced out the words, “So, we should get married.” Julia’s reply? “Duh.” Hahaha.

We were engaged a couple weeks later, just before a Marcum reunion actually. I brought Jules with me and despite the heavy dose of Marcum she took in, she still wanted to marry me. We were married November 8th, 2008 in the Rexburg temple. And it’s just been a nonstop party ever since!

I love my wife. She makes me so happy and is so good at enjoying life, whatever it brings. Being married and so in love is awesome, isn’t it? 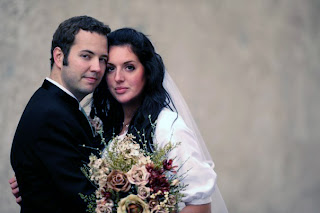 The last two years have honestly been the BEST of my entire life. Chris makes me laugh every day. He is really supportive and so helpful. He works hard to provide for us and then comes home and makes dinner and “takes care of his babe.” Always. So even though we are away from each other, I know it is because he is taking care of Greta and I. And when he gets back, we’re planning on celebrating big time! ….Vegas style :)

« You win some you lose some.