TOP
Today was the second annual FÜD Feud and Chris’s second time participating.  In case you are thinking, “didn’t we just do this?”  We did.  Last year’s was in September and you can look back on our first experience with the local home-cooks culinary competition (Chris made some mean stuffed cucumbers) here.  I’m not sure why they did it so early this year, but Chris was anxious to cook up another dish and I was excited to taste all of the food offerings.  Each competitor makes an appetizer, side dish, main dish or dessert and after the judges are presented with each dish, the whole place becomes a big potluck and we get to taste everyone’s food.  It. is. awesome! 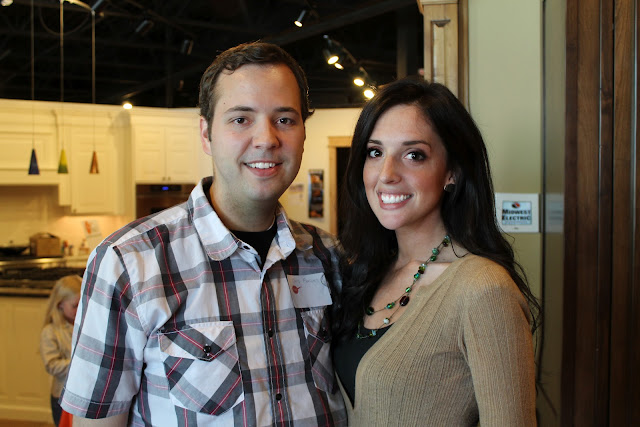 Last year, Chris entered his stuffed cucumbers into the appetizer category, but this year he wasn’t shy about entering a main dish–smoked pork sandwiches topped with apple-horseradish slaw and homemade barbecue sauce. 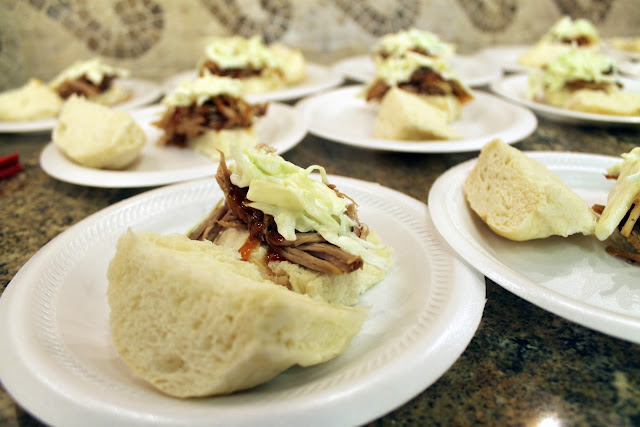 He made his sauce earlier this week, the meat smoked all night, and this morning he was up early to make his slaw.  It was truly a labor of love and I was so excited for him when his entry received so many compliments.  Compliments coming from more than just me, and a few friends and family that chowed down with us and came to support Chris. 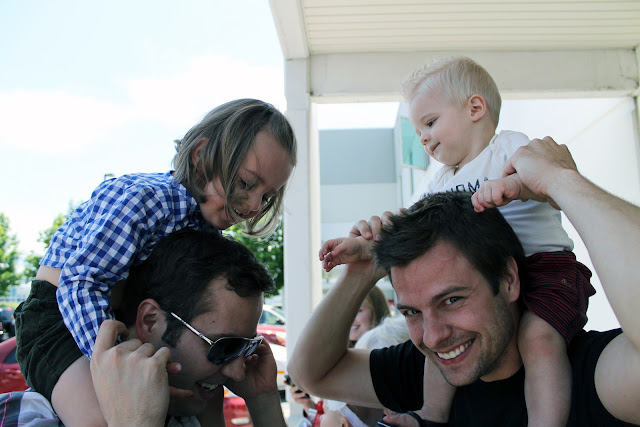 At the end of the day, he placed third–which was purely a bonus.  Last year, he only took home a door prize and we still had enough fun to come back and do it again. So to take home a medal, a bronze-y charger, a bottle of bubbly (sparkling cider for us non-drinkers), and some gift cards to his favorite places to get ingredients put a smile on his face…and mine. 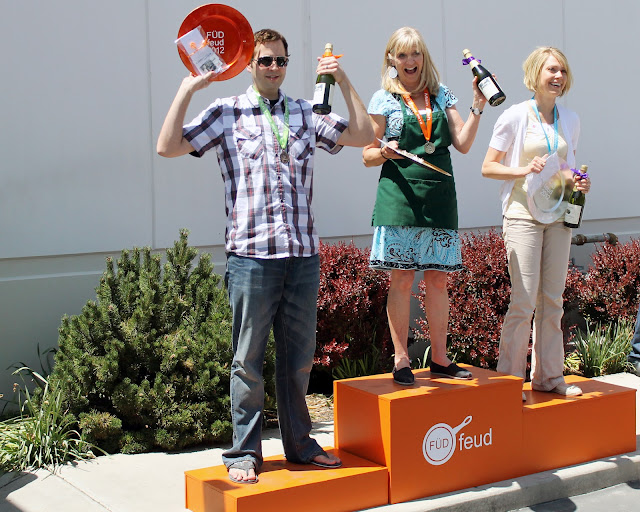 I guess you’re gonna have to trust me–this is a happy face (my man’s a smirker): 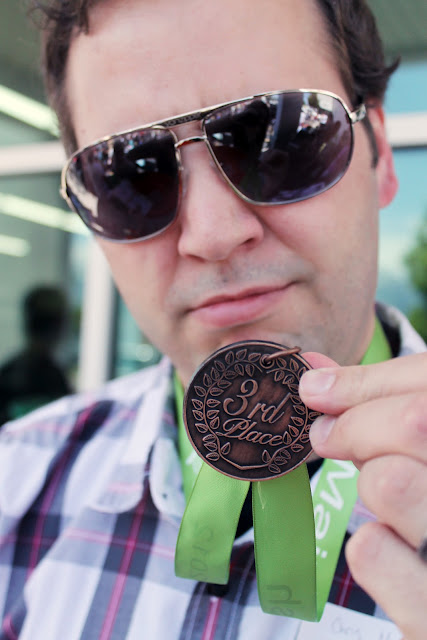 Chris passed his plastic charger down to Greta for being such a good girl throughout the whole day. 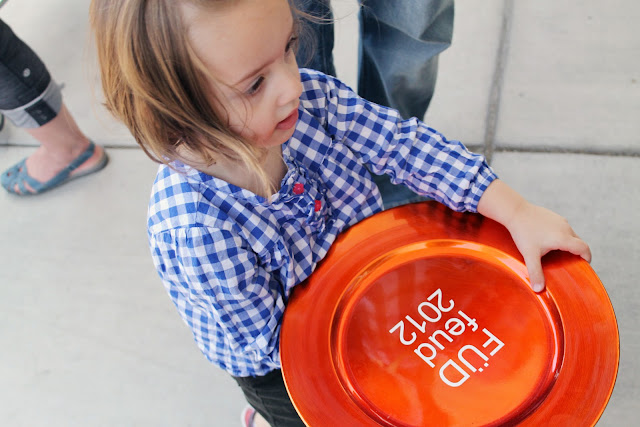 It was a big, exciting, tasty and exhausting day.  Our chef would have written this post himself, but… 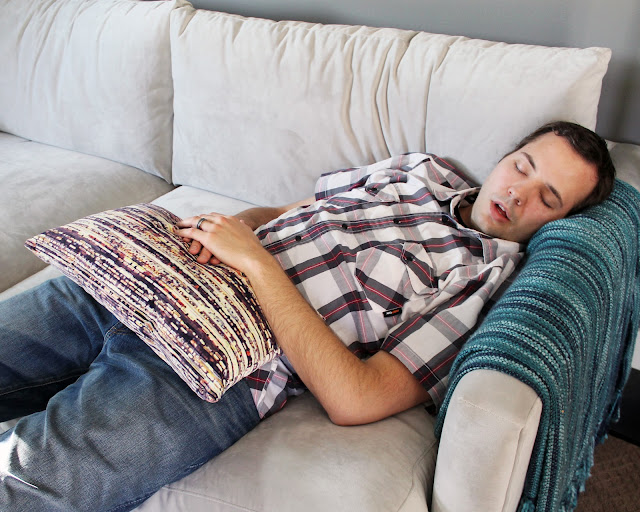