We picked a stain for our new floors (I think)!!!!

Almost the entire upstairs of our home now has new 5″ white oak floors, including all the staircases besides the main one. The house already feels so different. 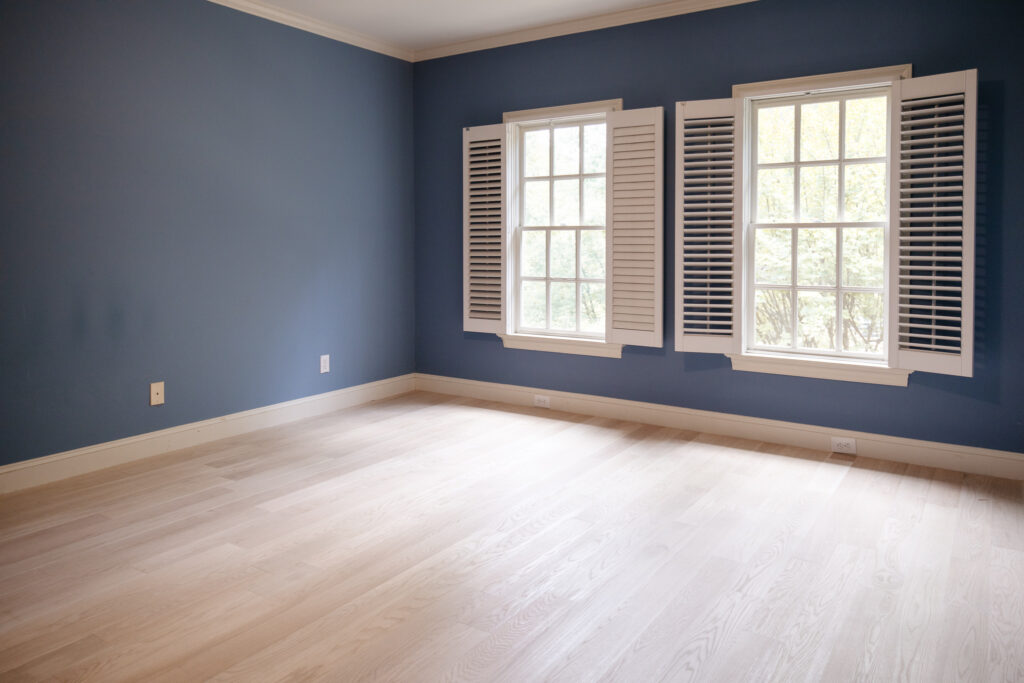 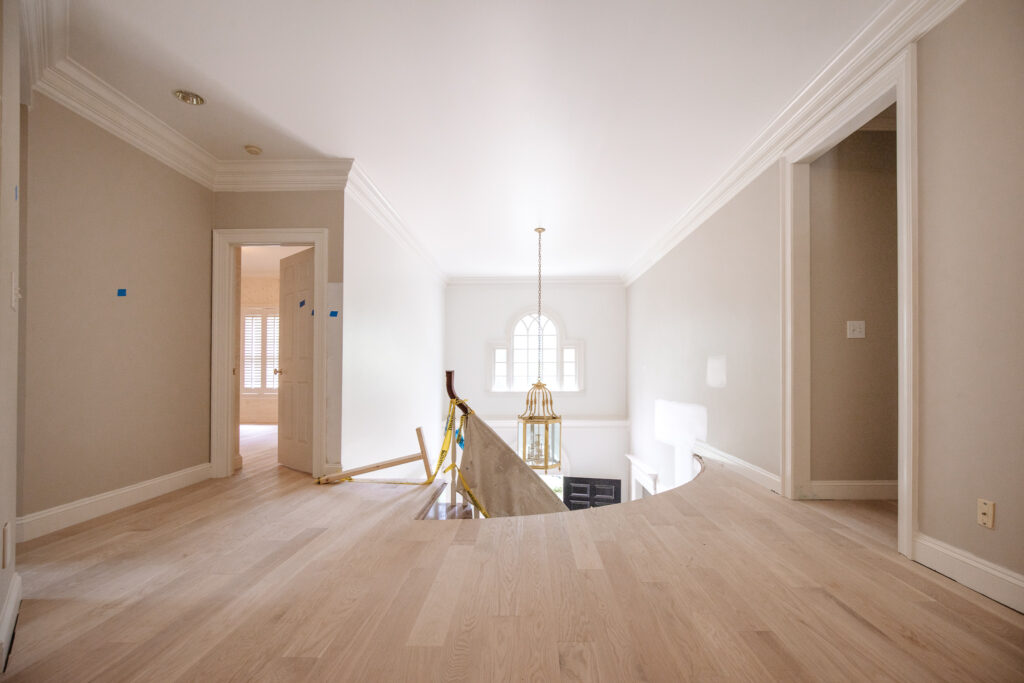 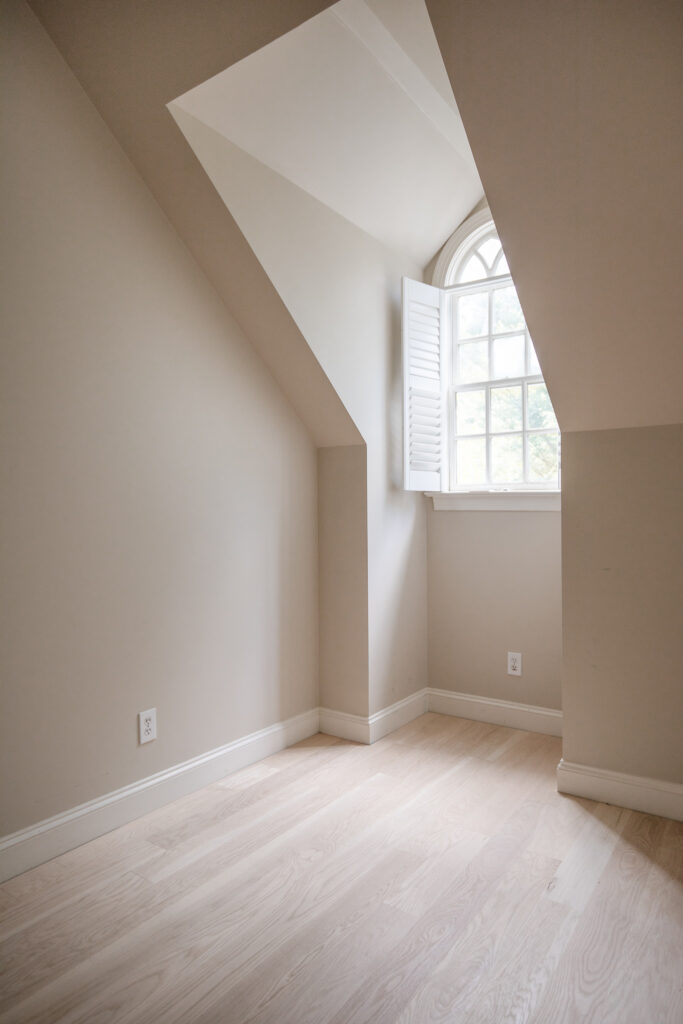 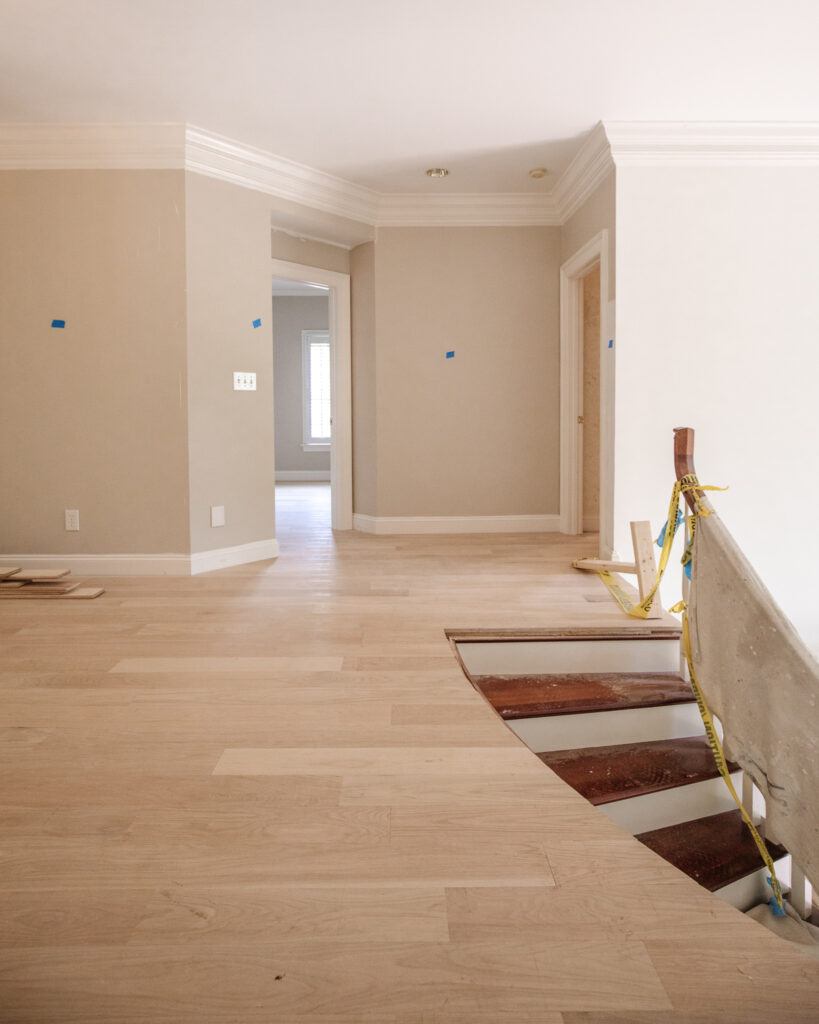 When I first saw the flooring in place, I almost abandoned my vision for mid tone floors completely because I loved the light, raw look so so much. Have you ever been in this position? You have something in mind but then you see it a different way and want that instead? Sometimes I go with it, but usually I go back to my vision board and remind myself why I chose what I chose in the first place.

You can see all of my flooring inspiration photos in this post!

While the floors upstairs are in, the rest of our 5″ white oak floors just arrived yesterday for the downstairs, including the smaller pieces we’ll be laying in a herringbone pattern in the entry. So really all that was left for us to do was choose a stain color! 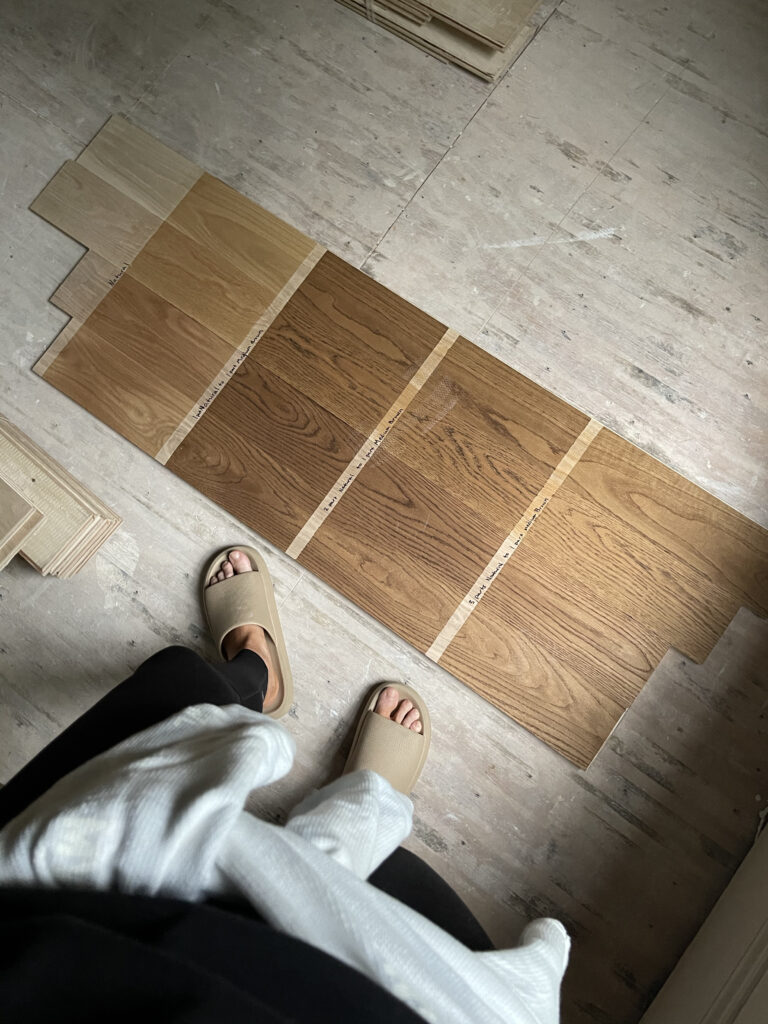 (Above was from our previous trip)

You may remember that we flew out before we moved here to choose one, but none of the colors were just right. Instead of forcing ourselves and settling on one, we decided to just choose one after we move here since the second shipment of floors was stalled anyway. Earlier this week, the stain guy had about 10 more options for us and they were all really close to what we wanted but I narrowed in on two right away. 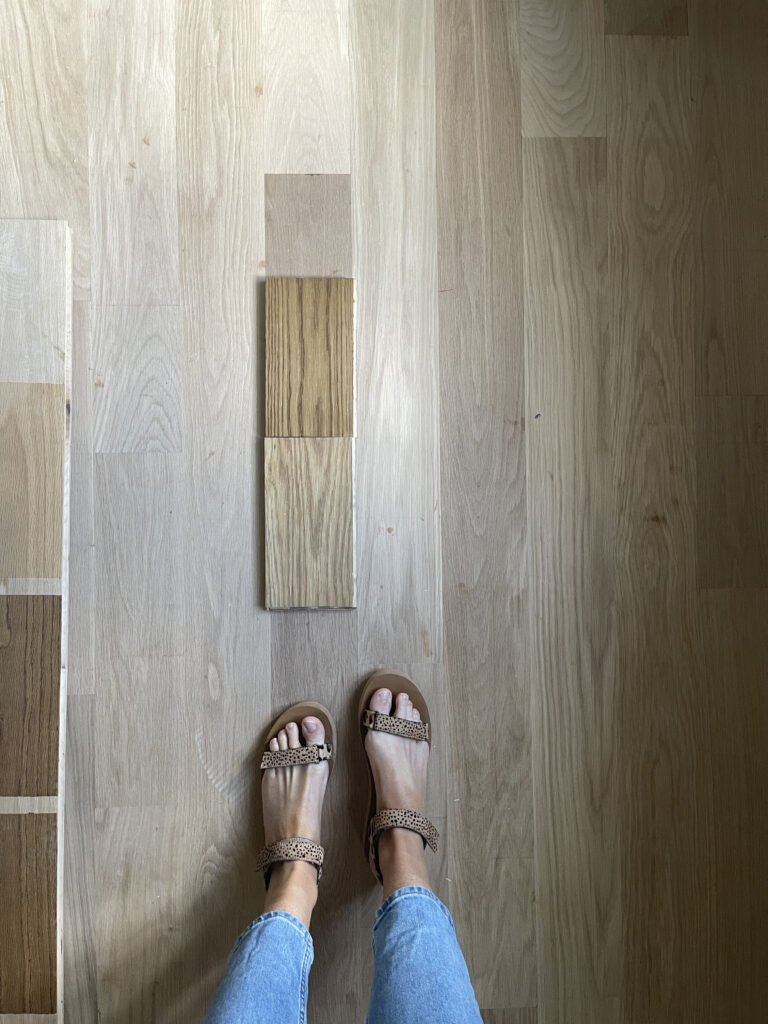 I didn’t edit these photos in any way, but it’s also difficult to capture true color with a phone, so just keep that in mind. These two small samples were the top contenders. He said he would happily do a large sample right on the floor wherever we’d like the following day. We chose two rooms facing different directions in the house and when we came back yesterday we were surprised, but in a good way, with how different they looked when the stain color was spread across boards varying in color and tone! 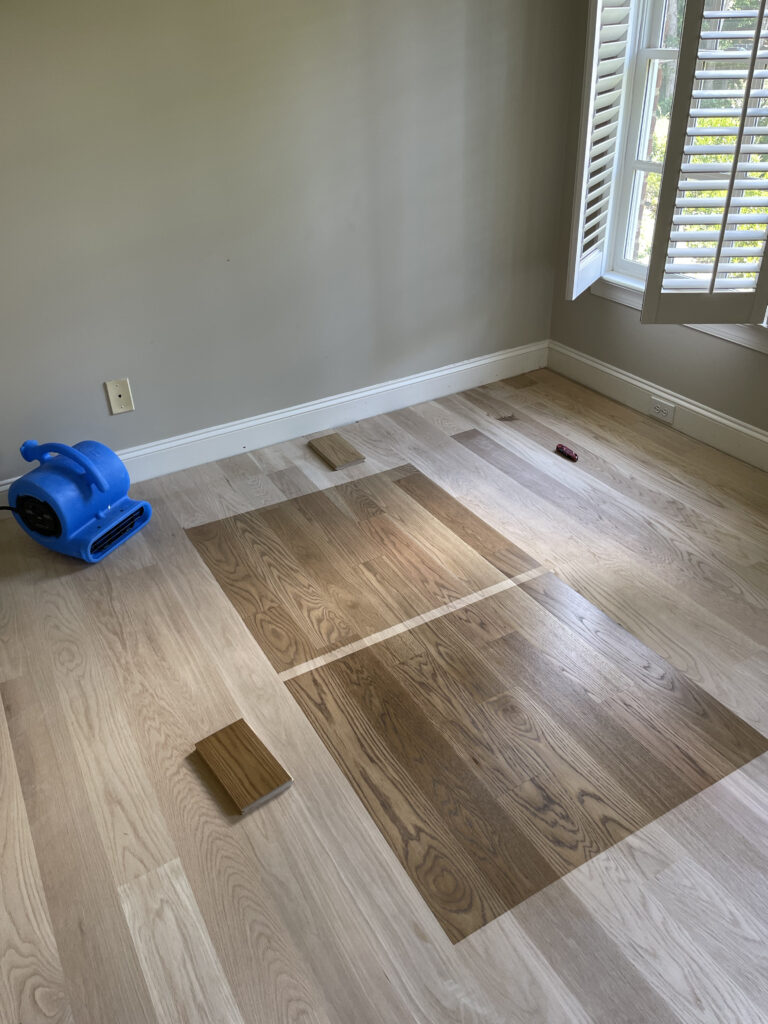 The top one was the lighter one and it was probably originally sampled on a lighter board while the bottom one was originally sampled on one of the darker boards. So sided by side–there were differences but it wasn’t as vast as they looked as small samples. This really proves the importance of looking at a large sampling.

I really liked them both and I knew that I would be happy with either. But after staring at them with lights on and lights off, in both rooms, we decided to go with….

THE BOTTOM, slightly DARKER ONE! It feels so rich and the perfect medium tone. It didn’t have a gray toned to it like the lighter one, which I didn’t really want. After I chose, I asked him if we would let me know the stain colors he used.

The lighter one is WEATHERED OAK

The darker one is 5 parts natural to 1 part espresso.

Both are sealed with a Bona XD commercial sealer in a satin finish.

…he said we still have a few days to change our mind and I told him DON’T GIVE ME THAT KIND OF FREEDOM. But… as of today, we’re excited about our choice.