The Kitchen Plans We Didn’t Get to Use 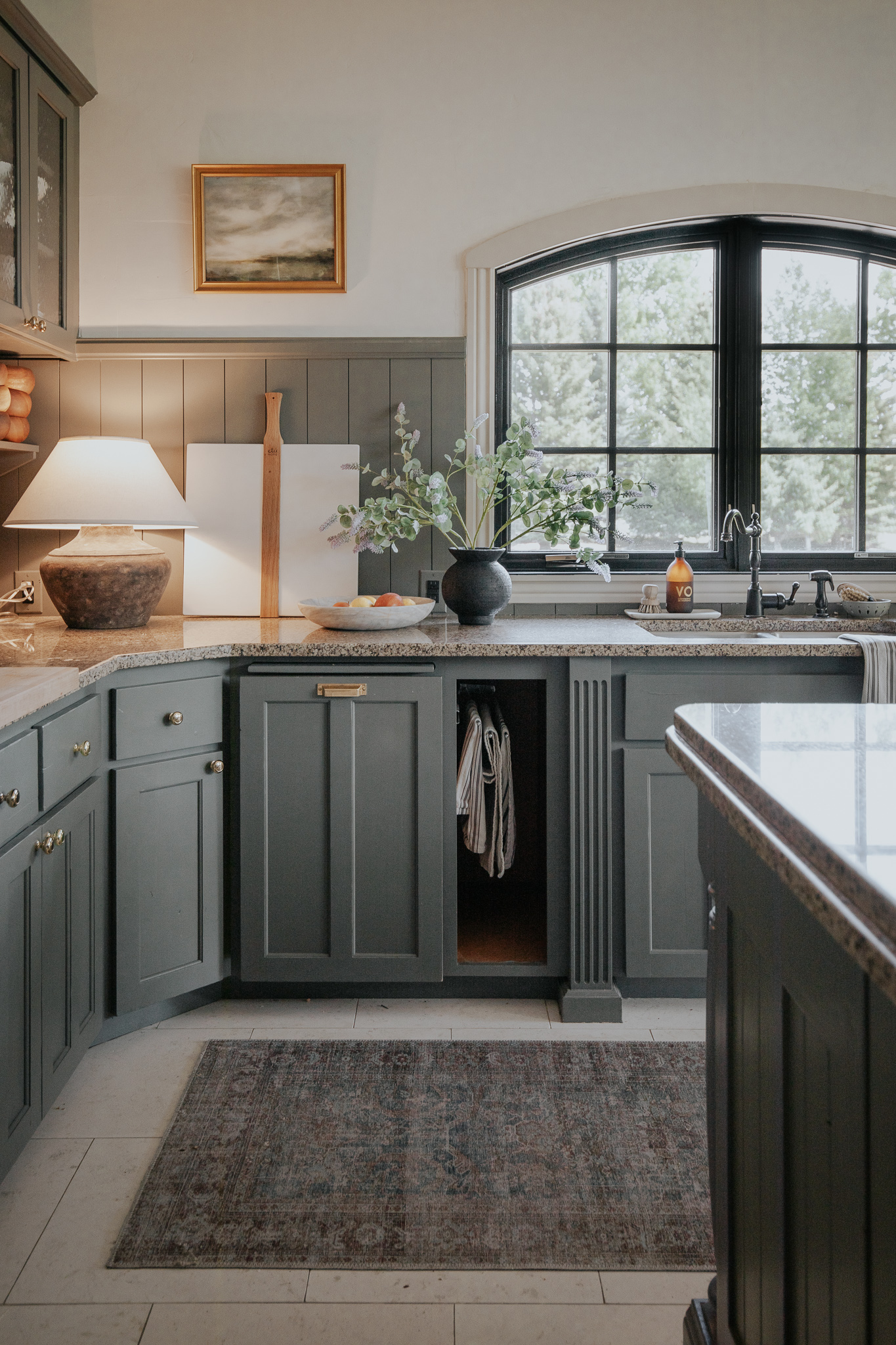 I debated whether or not to share our kitchen plans for our current Idaho home, because they aren’t happening and the new owners have already came in and measured for new cabinets and everyone has different needs and wants so I didn’t want them to feel influenced to do something different than they had planned. However, so many of you are curious and who knows if they even READ here, so I thought sharing these high level plans would be a nice way to wrap up this house and this large project that we so desperately wanted to do, but never got to.

We did a budget kitchen renovation not even two years ago. Our goal was simple–to spend only $1000 to bring our kitchen to a place that we could live with for a couple years or so until we had more time to live in the space and figure out how we want it to function. So we’ve been living with the pain points and have had many conversations about how we could optimize the space for a functional kitchen that works for us. 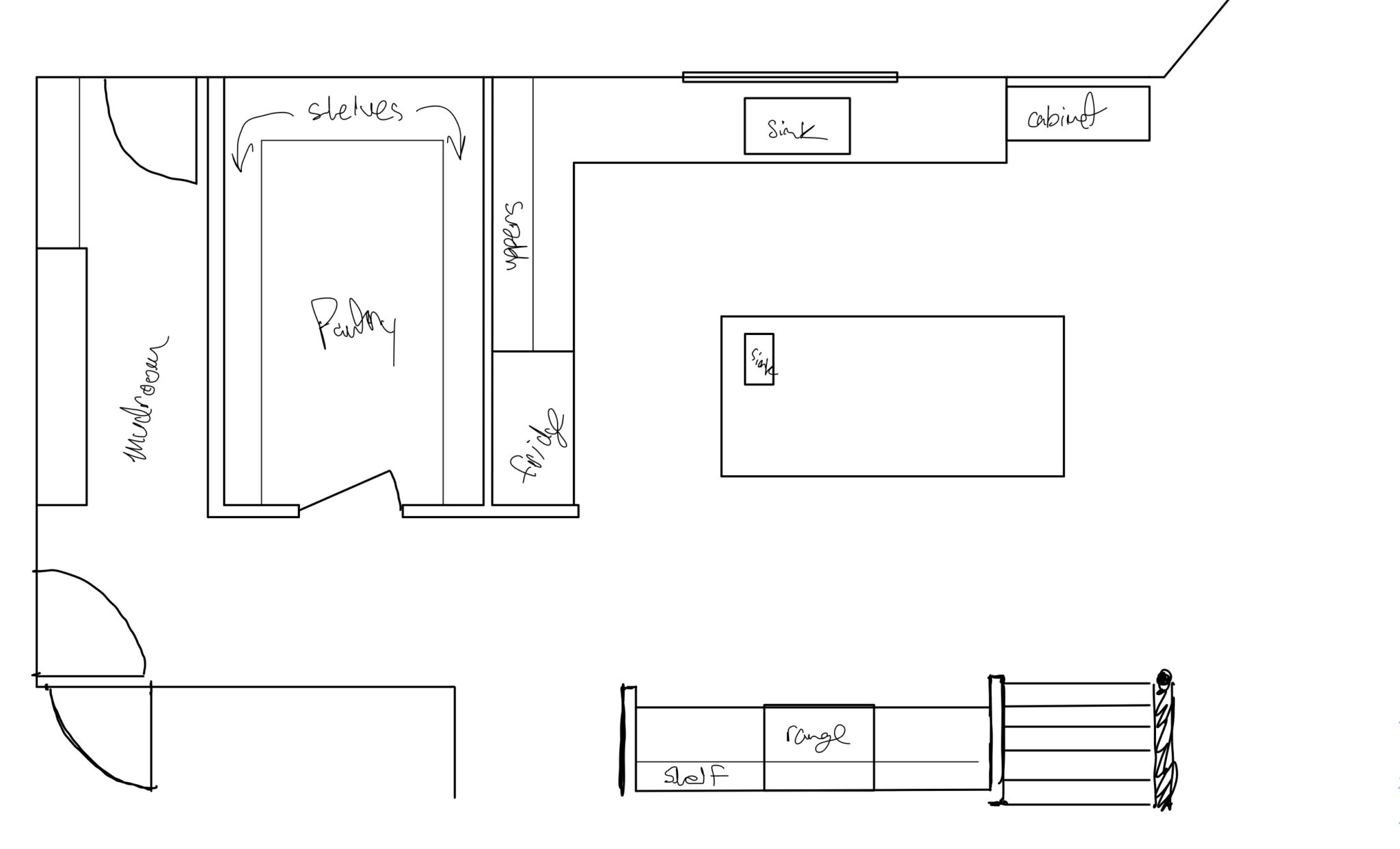 If we were staying in this house, THIS was going to be the new kitchen layout. 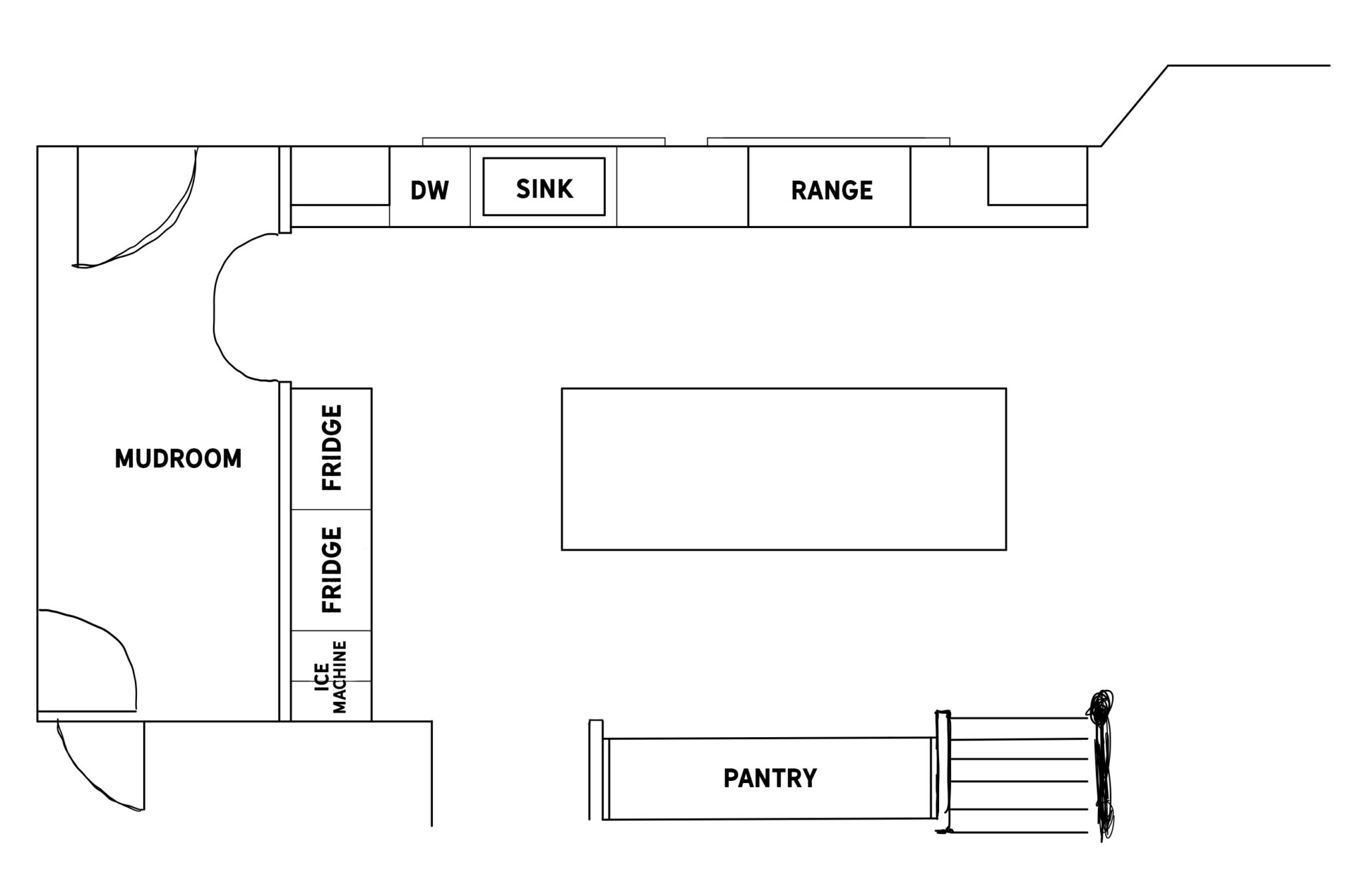 You probably noticed right away, the pantry is GONE and we gained a lot more space. When we thought about it, most of the space in the pantry was just walking space. No need. No need! Moving the pantry over the nook where the range currently is, made more efficient use of the storage. Plenty of cabinetry and drawers to store all of the food. We were excited about giving up the walk-in pantry (that we had to walk around the corner to get into), in order to give us more space, both in the kitchen and the mudroom.

Which brings me to the flow reconfiguration of the mudroom in general. One of our biggest pain points was when we walk in or out of the side entrance to the house, you have to bypass the tight mudroom (more like mud hall) every time–which is often tighter when there’s lockers open or shoes didn’t make it into where they belonged. Normal mudroom stuff. 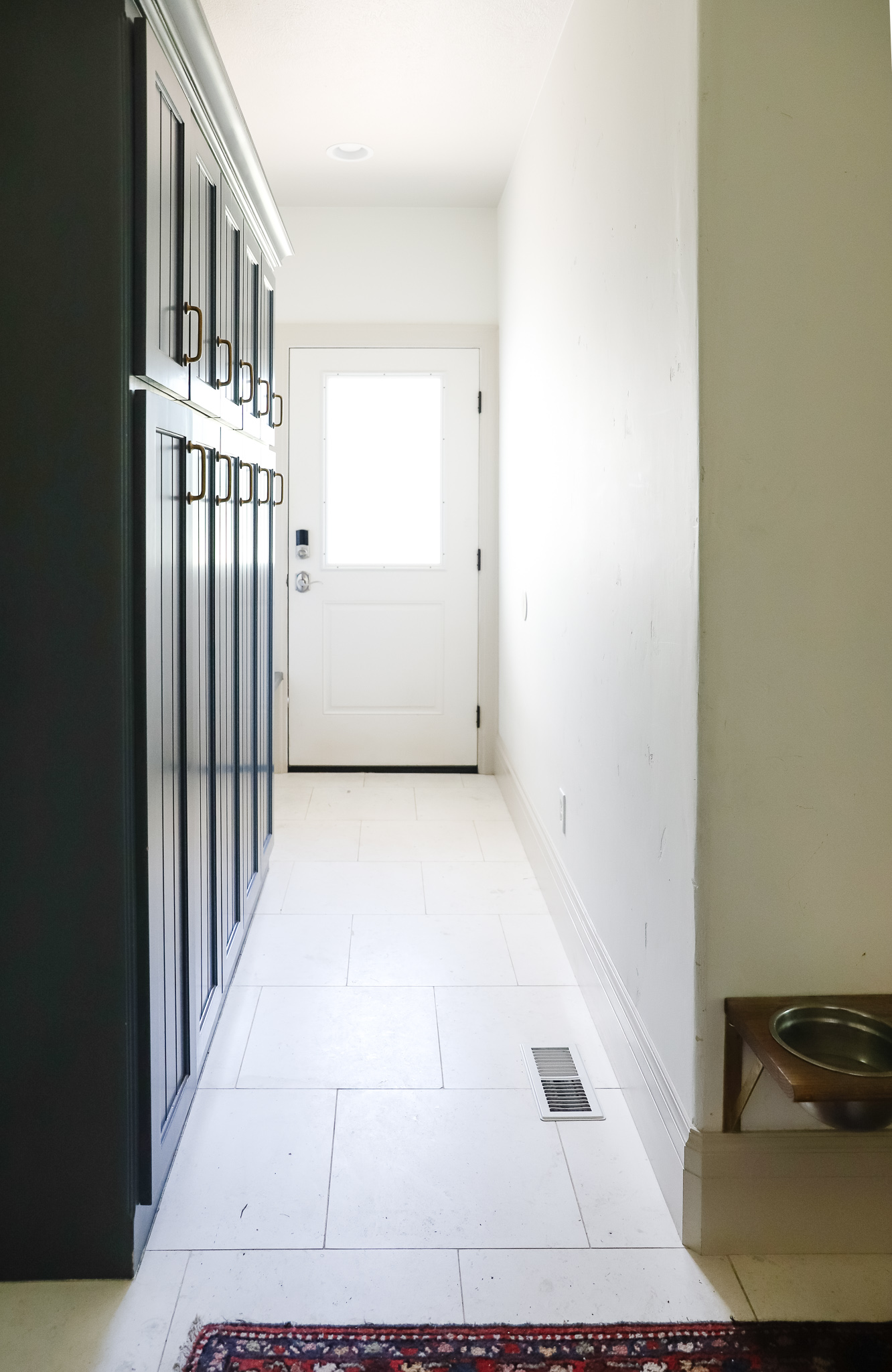 There are MANY times, we don’t need to access the lockers AT all when leaving or coming in the house so it made more sense to us to make goin pass the storage an optional activity. We were planning on moving the entrance into the mudroom to over by the side door. And arch it while you’re at it. ;)

The mudroom also gains some square footage thanks to lending some space from where the pantry is. Now if you want to go outside or hang something up, you won’t have to walk through all the mudroom junk to do that. 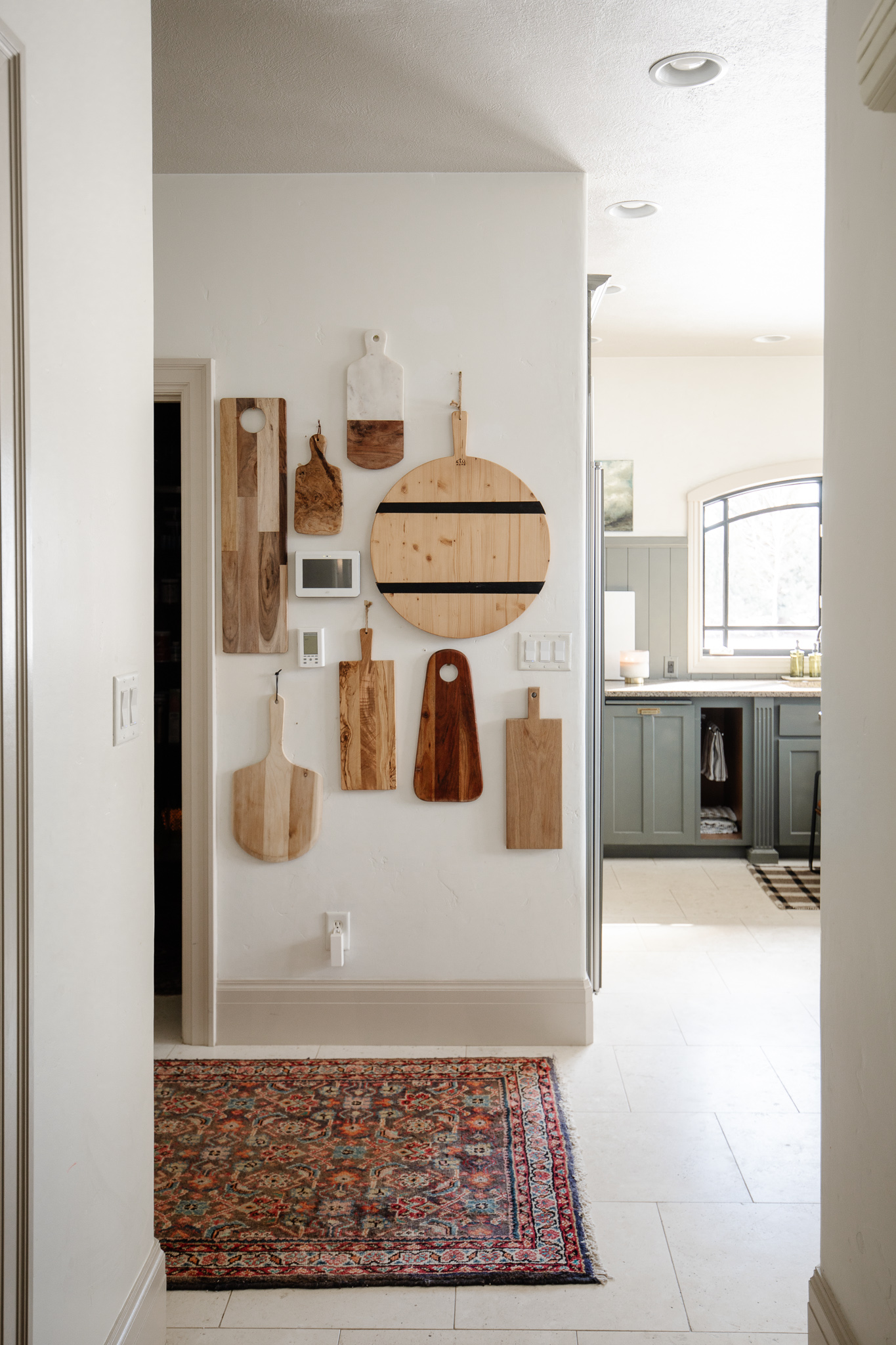 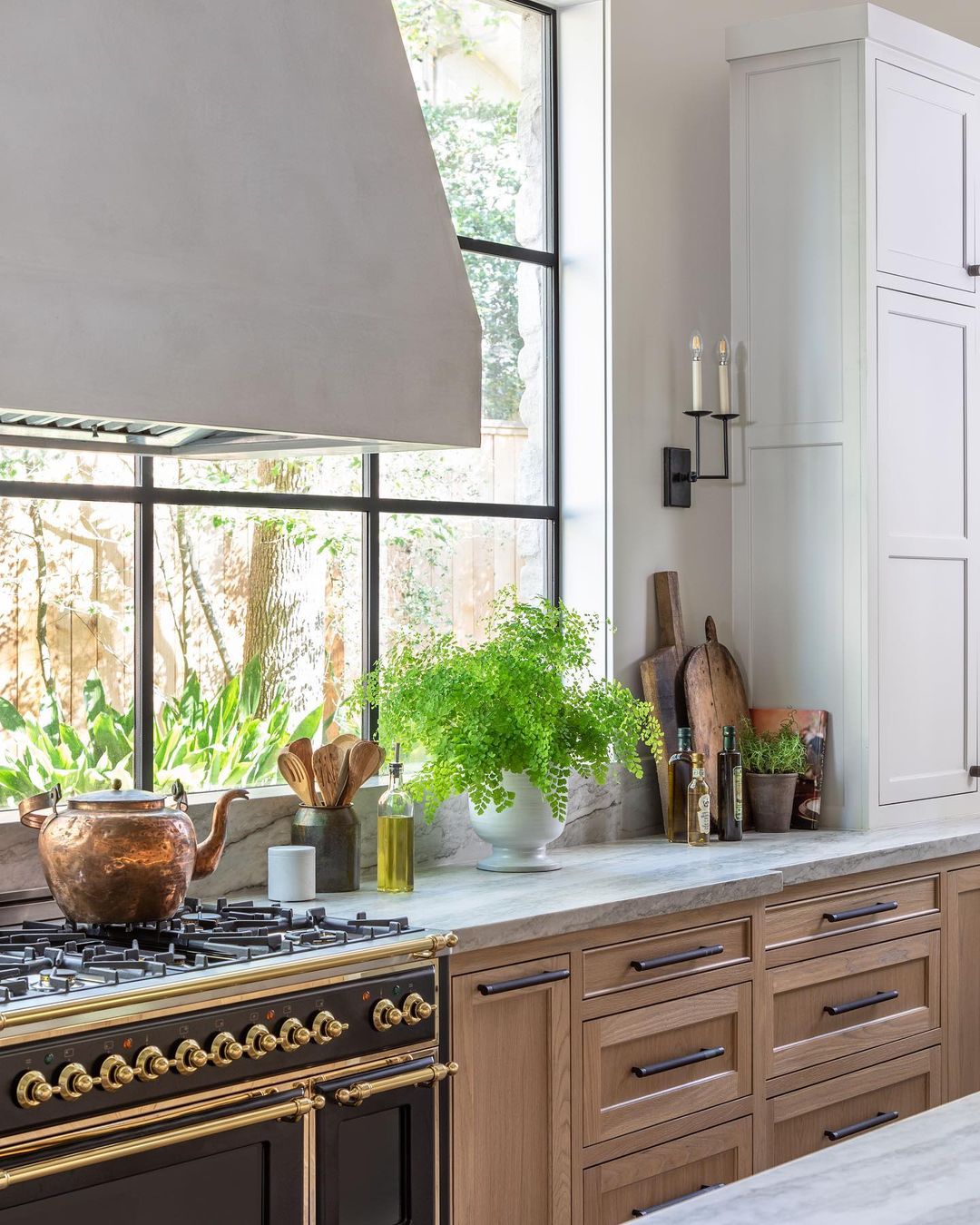 We planned to take the one window out and put in 2 windows–under the one on the left is the sink, and under the second is the range. (Yes! A window in front of the range!) A sconce in the center and on either side of the windows would be upper glass-front cabinets that extend all the way down and sit on the counter. A 48″ range would be balanced by a large sink under the other window.

Other big changes were the 2 cabinet-front refrigerators, both with freezers on the bottom, and a pebble ice machine with a drink cabinet above it. 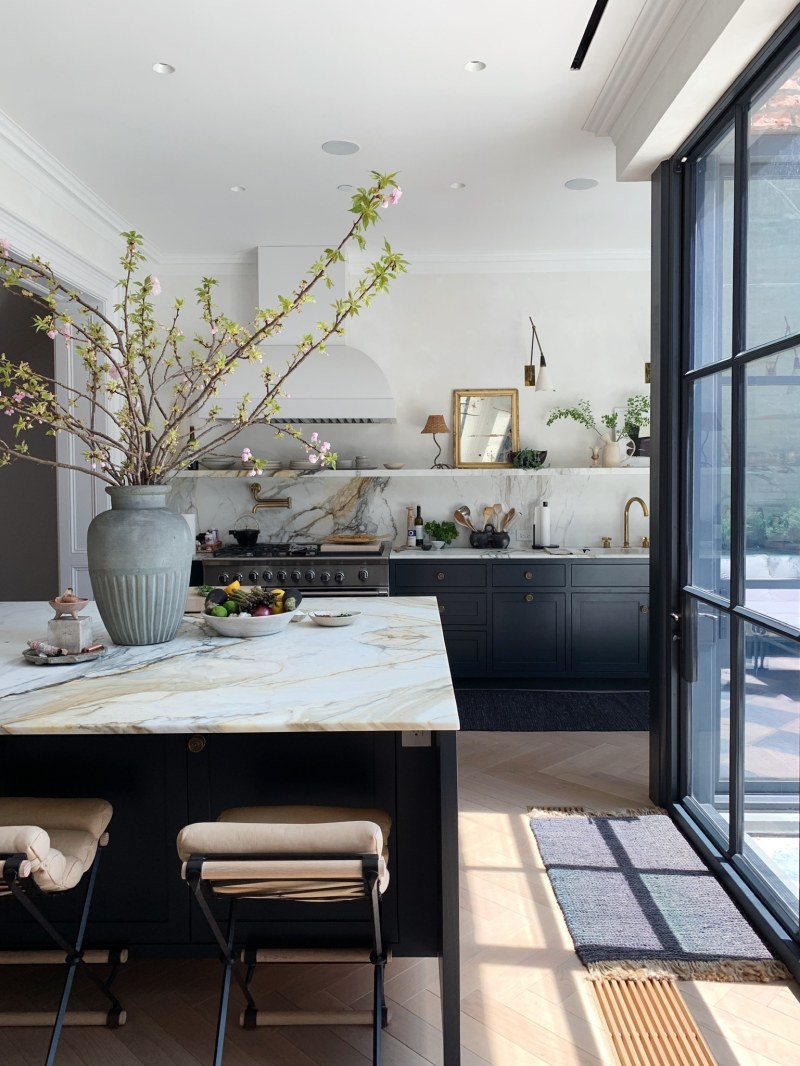 Now let’s talk about the island. I’ve been really loving the look of an island being more of a furniture piece than a built-in, so our island was going to have legs, room for stools along the pantry side and drawers on the prep other side.

Even though we never got to see these plans come to fruition, they really solved all of our pain points and gave us a lot of clarity for what we want out of a kitchen. Even though we’re not renovating this kitchen, our NC kitchen is totally ripped up right now. We’re actually taking some of our design plans and inspiration (read colors and finishes!!) and seeing how they might translate there. So stay tuned!

« All the Best Memorial Day Sales!