Our Master Bathroom Renovation, 1 week in: It Gets Worse Before it Gets Better (right?)

Well, we’re a week deep into our bathroom renovation–(the first time we’ve contracted a crew to do a full job like this in our house) and there’s so much to share. Like, first of all, it doesn’t look like this anymore. And I don’t even miss it (yet)…talk to me in 2 weeks. 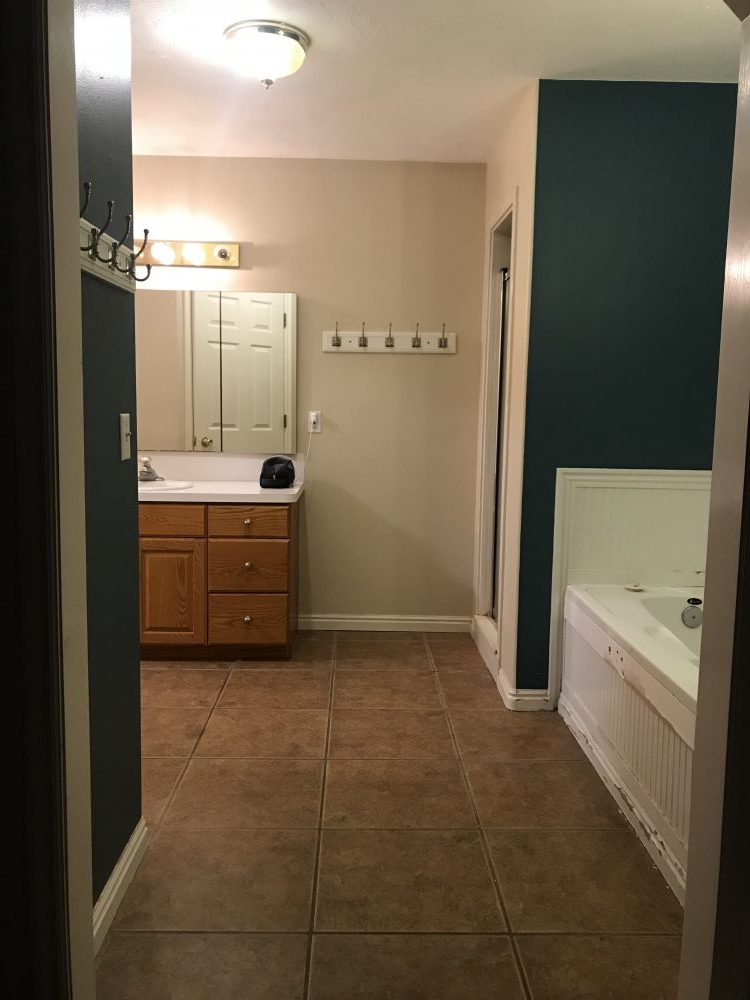 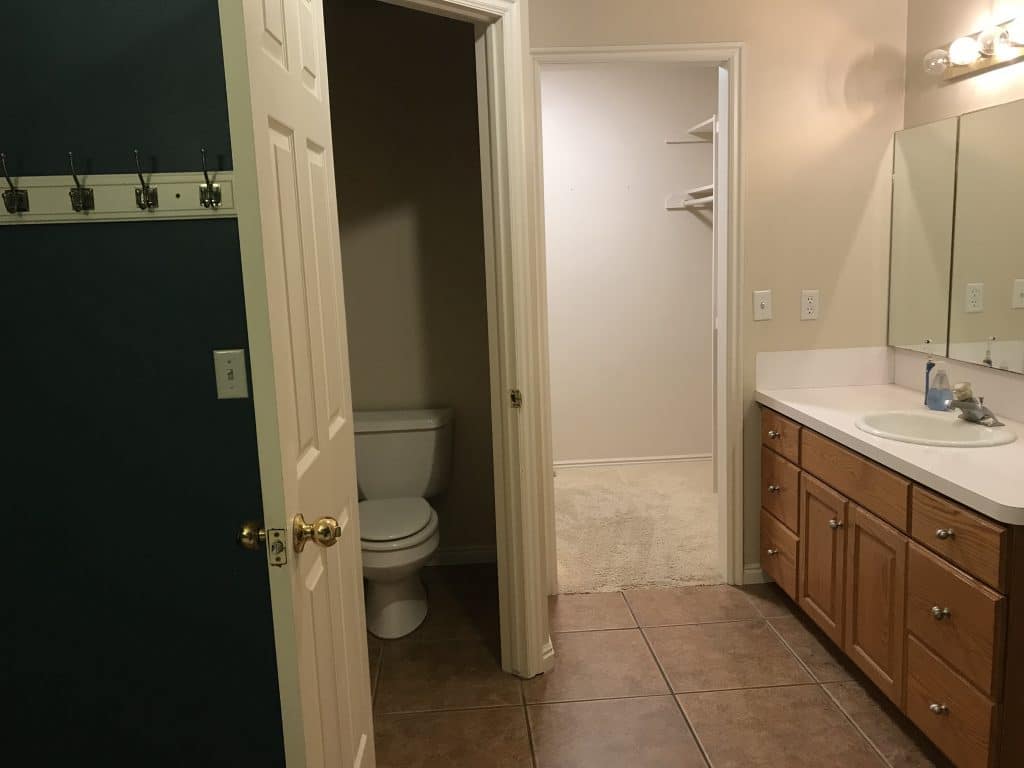 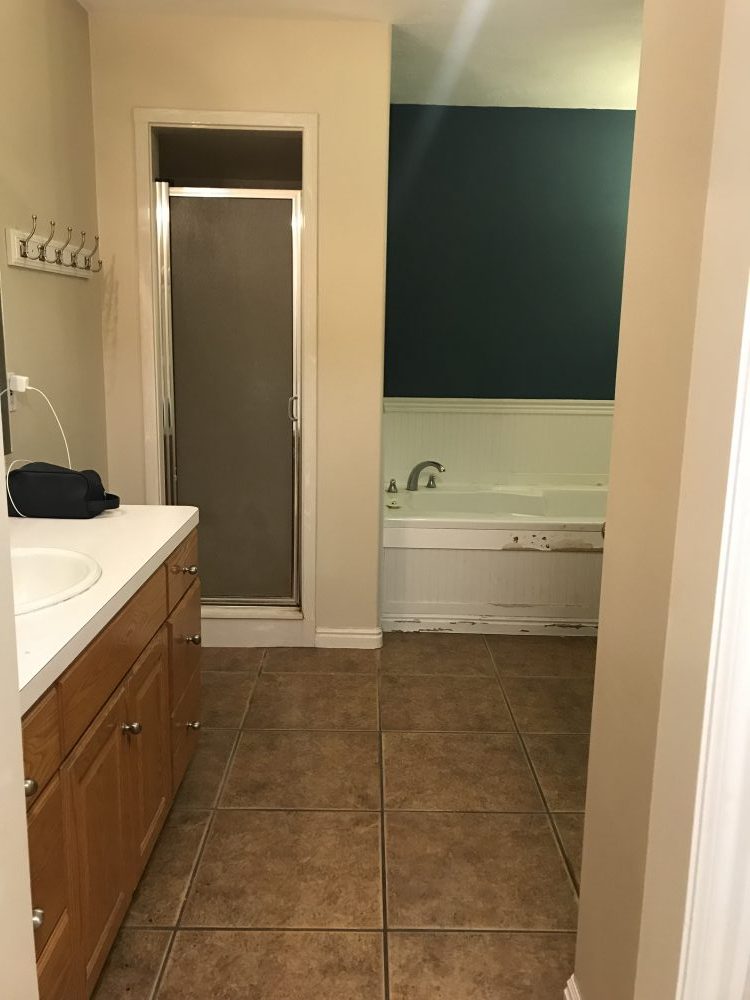 Those are the before pictures. Nothing in our bathroom we ever touched or painted or updated besides swapping out our shower head–a simple upgrade that anyone can and should do if you aren’t happy with your shower right now, today!

But besides that, we’ve just been using our bathroom as is, making mental notes of what we someday wanted to do. As the list grew, we knew our budget would have to, too. Because the list started including things that were beyond the scope of DIY. Major plumbing projects like moving toilets across the room and nixing tubs in favor of multiple shower heads. So we waited and waited and this year, we’re celebrating 5 years in our home by knocking out the last room on our list, the master bathroom–at last. 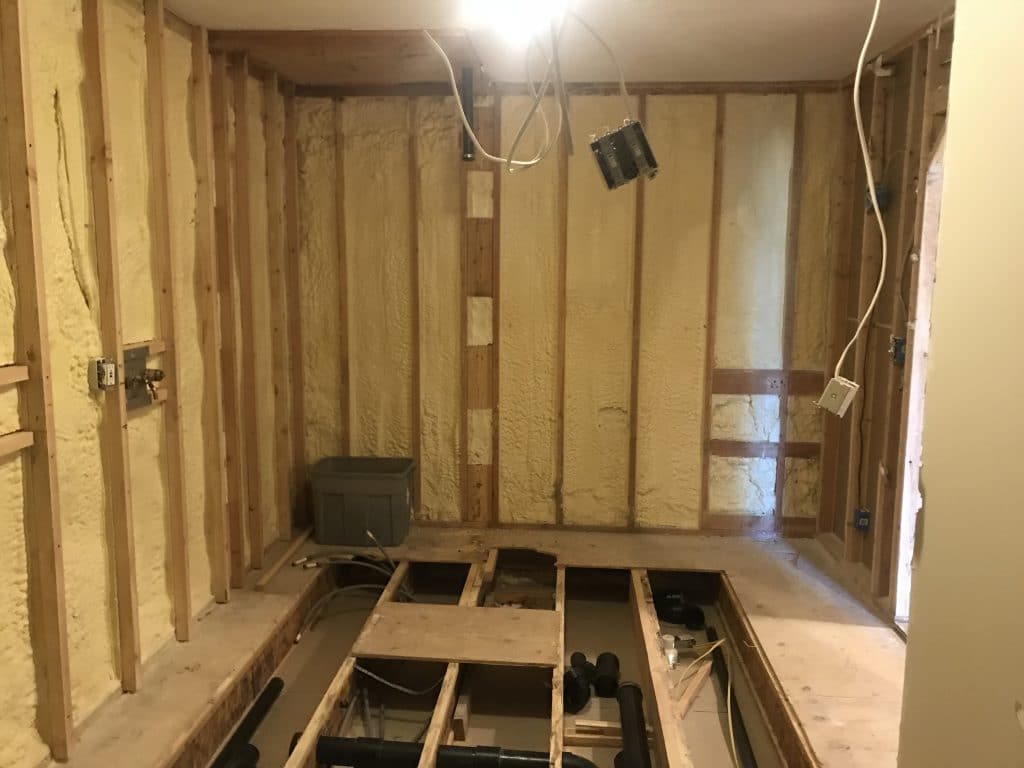 (this photo is the same angle as the one above it)

One big lesson we learned this week is you can plan and prepare for years, and there will still be 150 decisions you have to make every day–even if you aren’t the one necessarily swinging the hammer. And a lot of them have to be made on the spot. Quickly. It’s exciting and crazy and exhausting. For the sake of summary, in my mind, there were three curveball decisions made this first week–one by us, one by the contractors, and one by the plumber…that is gonna have to get fixed.

1. The curveball decision we made 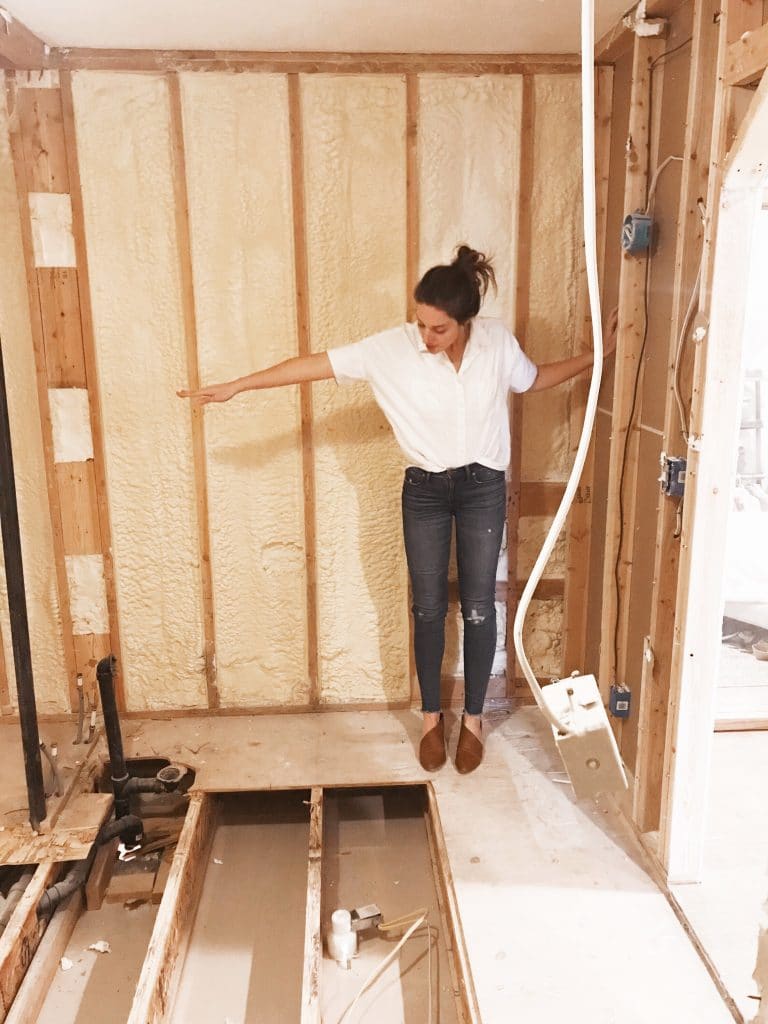 Mid last week, after they had the walls down, they ran into a few snags with the plumbing layout. In the toilet closet, Where the toilet would fall was right on a thick floor joist. It needed moved forward 4 inches. Which made our shower 4 inches smaller. (I initially thought this had to do with our plumbing for the sinks having to be built out, as well, but they are separate). After standing in the area by ourselves, and with each other and with a measuring tape and squinting, we decided to bump out the wall into our bedroom 4 inches–which is basically the thickness of the wall. To some it may sound extreme. But to us, the wall is coming down anyway to house a pocket door, and we’ve come this far. Why not keep our grand shower as grand as we wished it to be. The final shower will be 60″ wide x 48″ deep. 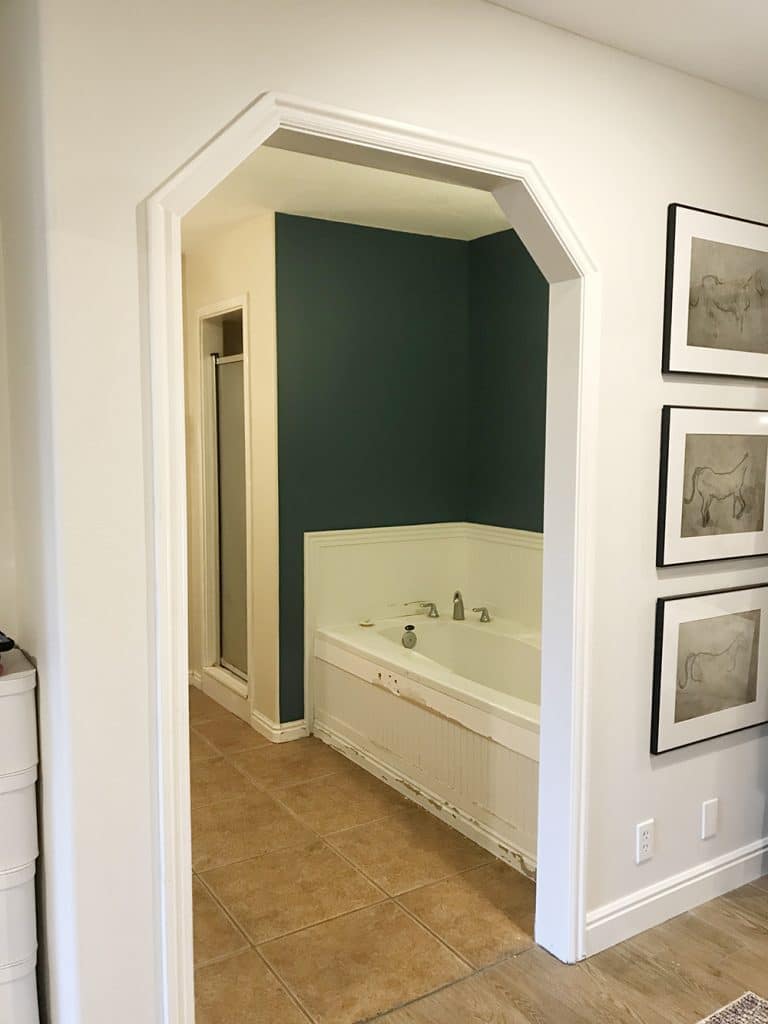 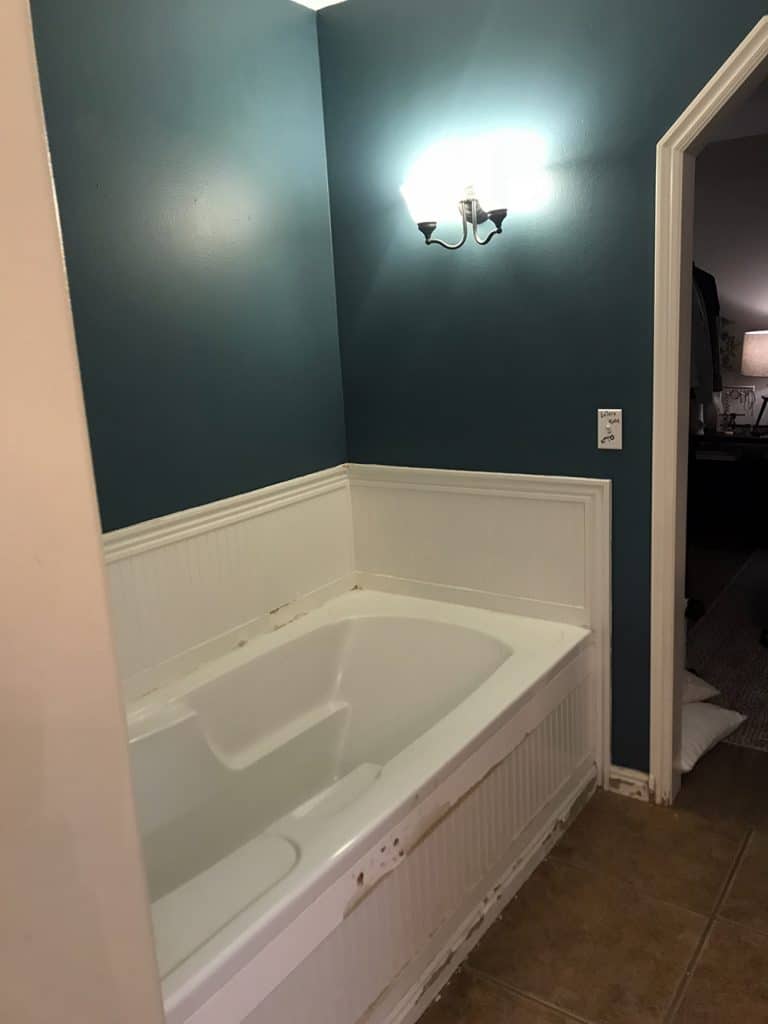 2. The curveball decision our contractors made

We decided not to do a steam shower a couple weeks ago. Mostly because of a tile conflict, but also three shower heads in a 5 foot area felt like it would get steamy enough. Still! Making sure our shower had enough water pressure and power and heat to it has been the name of the game all week. Two days ago, I overheard them saying, “we’re going to have to take down the ceiling.” And sure enough, a portion of the ceiling from our utility room, down the hall and into the girls’ bedroom came down so they could run the appropriate pipes–a necessity! Part of the wall in the girls’ bedroom also came down and it’s fascinating to me how this house of ours is all connected.

Sometimes, right now, it feels like every inch of the house is in shambles, but it also makes me grateful we hired this out. How scary it would have been if we had to make the decision to take down a bunch of the ceiling and the wall in the girls’ room. I don’t know if I could! 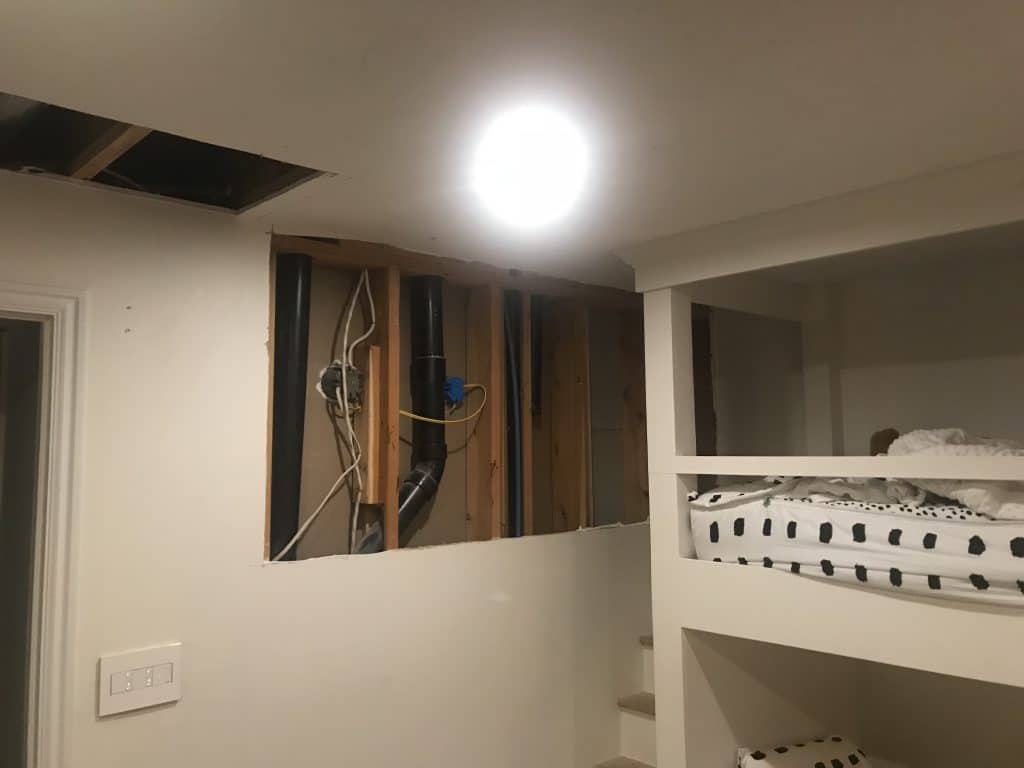 3. The curveball decision our plumber made

Because we’re running so much water to our shower, the drain pipe has to be 3″ instead of a standard 1.5″. They warned us a few days ago, a p-trap might not make the angle in the floor joists which would mean we may have to add an extra drain to the shower or the other option would be the trap would have to be concealed somehow from below?

Yesterday afternoon, we learned our plumber (who is a genius! but definitely puts plumbing over everything else) went the route of–not my problem. There is a p-trap hanging down from the ceiling in the girls’ room! 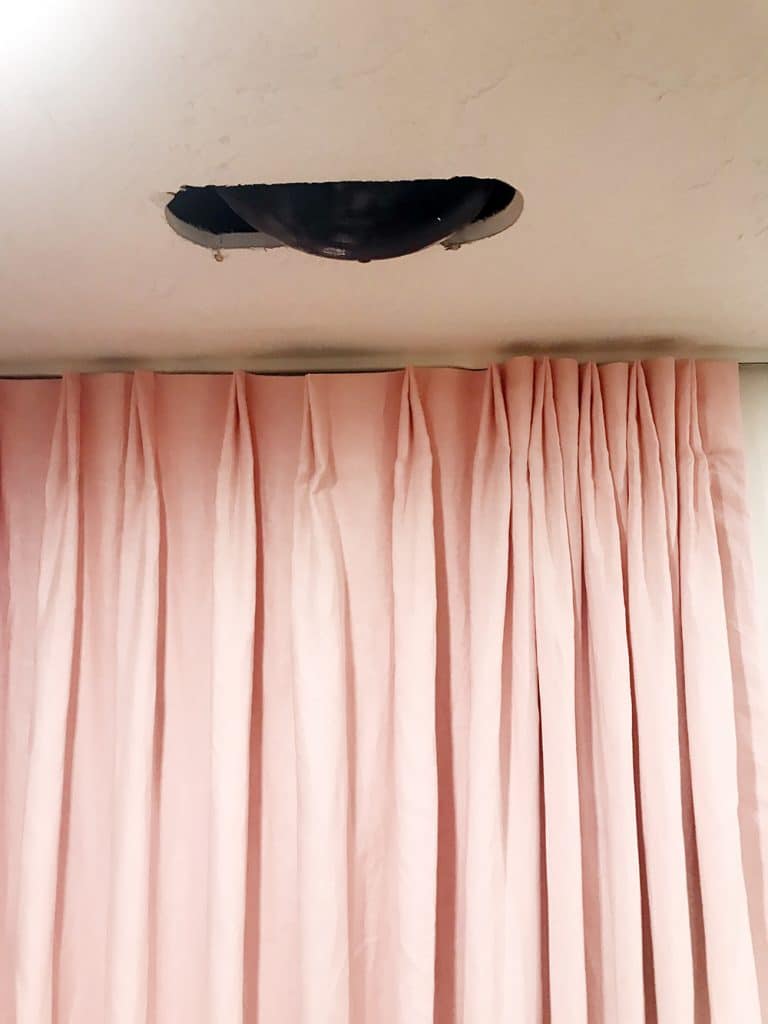 Hahaha What?! He was thinking we could just drop the ceiling there. I can’t even wrap my head around that, but we’re talking with them tomorrow about making the switch to two drains if need be.

All in all, it’s been a whirlwind first week, and my fingers are crossed that we’re still on schedule to finish by the month mark, but it’s hard to tell right now. Is this the hardest part? Moving all these pipes around? It feels like it could be.

I’m also taking notes and working on a post about living through a renovation. If you have any pro tips to share, leave them in the comments below! I’d love to add them to a post with credit.