A Fireplace Update – It’s so close to being done!

Next week we have a big shoot happening, in our dining room, with 20+ people. We’re definitely nervous but so much progress is happening every day now, I really think we’re gonna make it! And perhaps the trickiest part of this entire renovation has been the fireplace.

As a reminder, the above wall used to look like this: 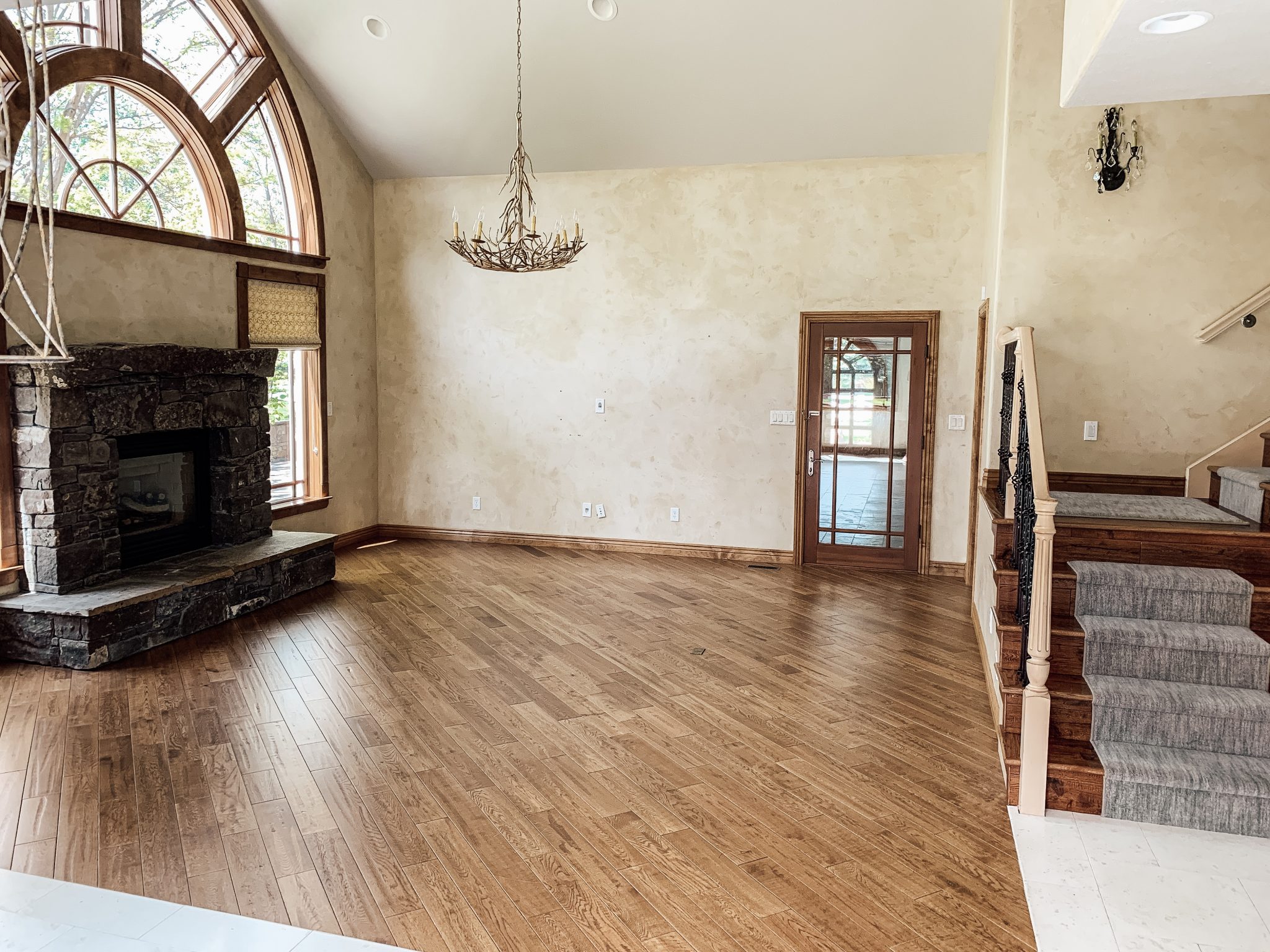 The room on the other side of that wall was leaking, had no proper foundation, wasn’t heated, and had a 7in step down into it. From the first time we walked through the home, we knew we wanted to make that room feel like part of the rest of the house, while still making it feel private and special. And the idea of a shared, open, double-sided fireplace between the new, grand dining room and our main living area immediately felt right. 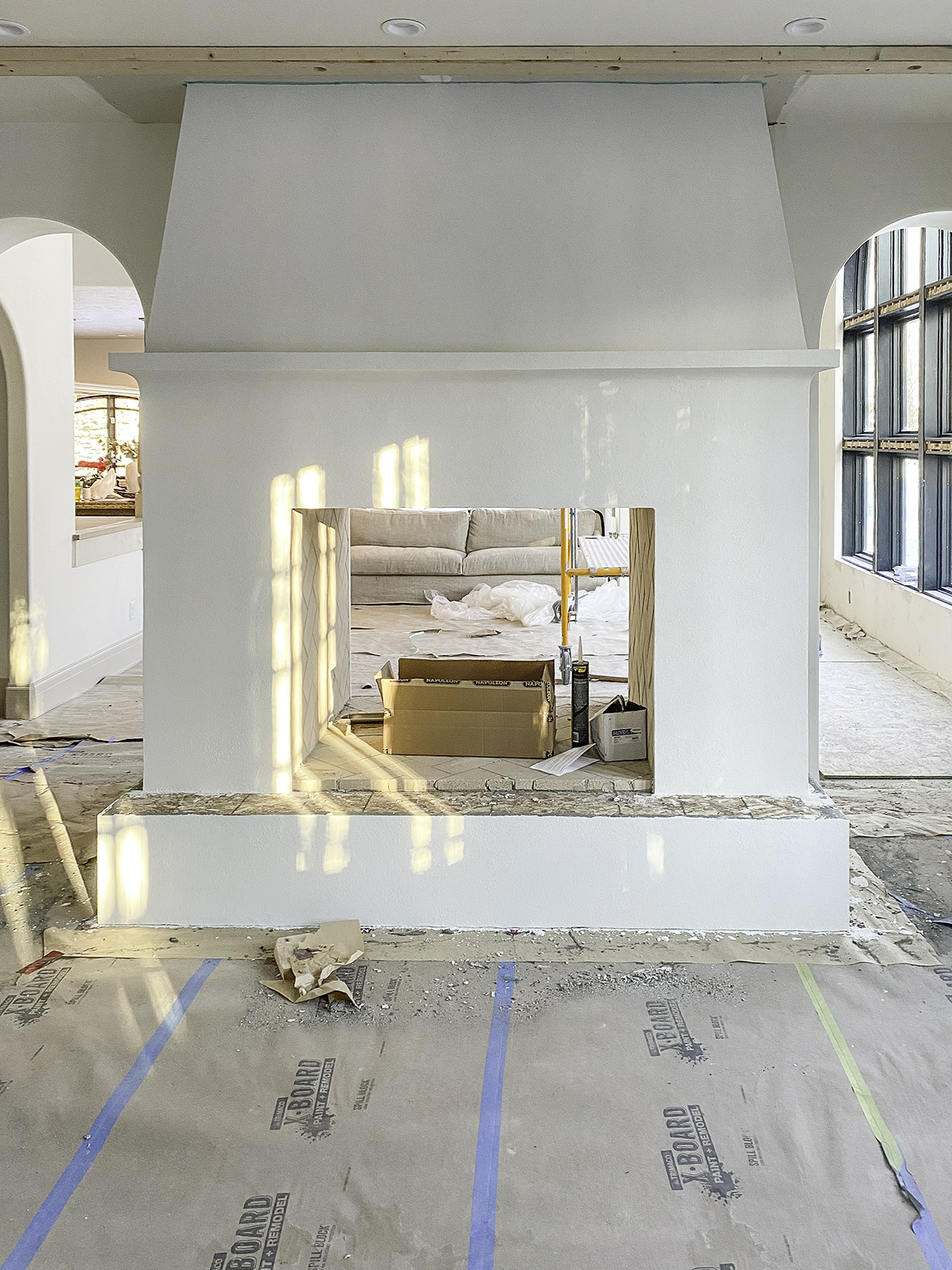 I mean, right?! This fireplace was meant to be, and we love it so much. But we’ve had so many questions about how you build a fireplace like this, so it’s time for an update! But some of you may remember, it all started like this: 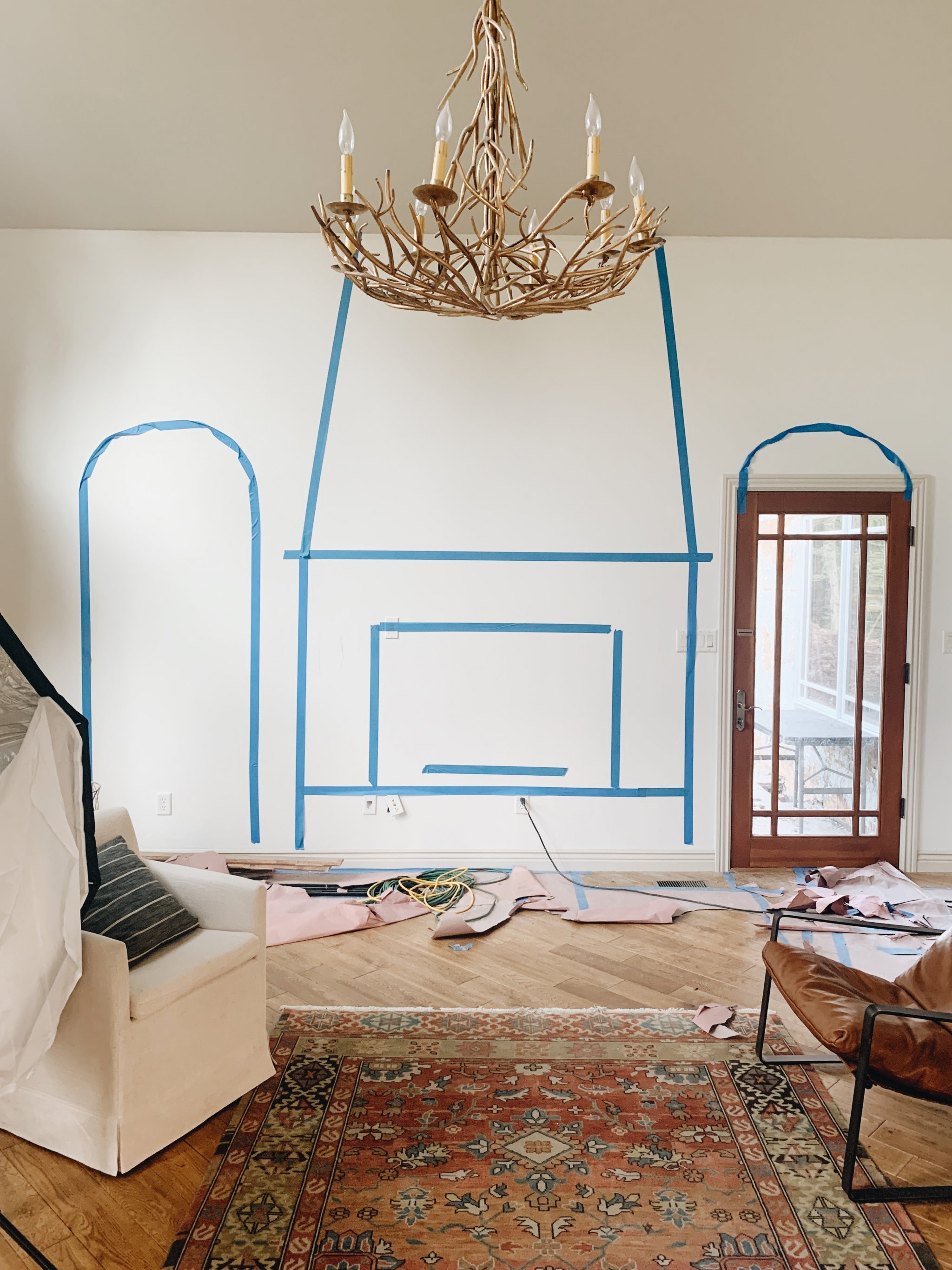 Our fireplace began with tape on the wall. We placed it, and replaced it, until the shape was what we wanted. There’s no template to creating a fireplace like this (though we share our dimensions below), so you have to look at a lot of inspiration and visualize the end. Once we had it taped off, we measured where the tape fell and drew up plans, which eventually turned into this: 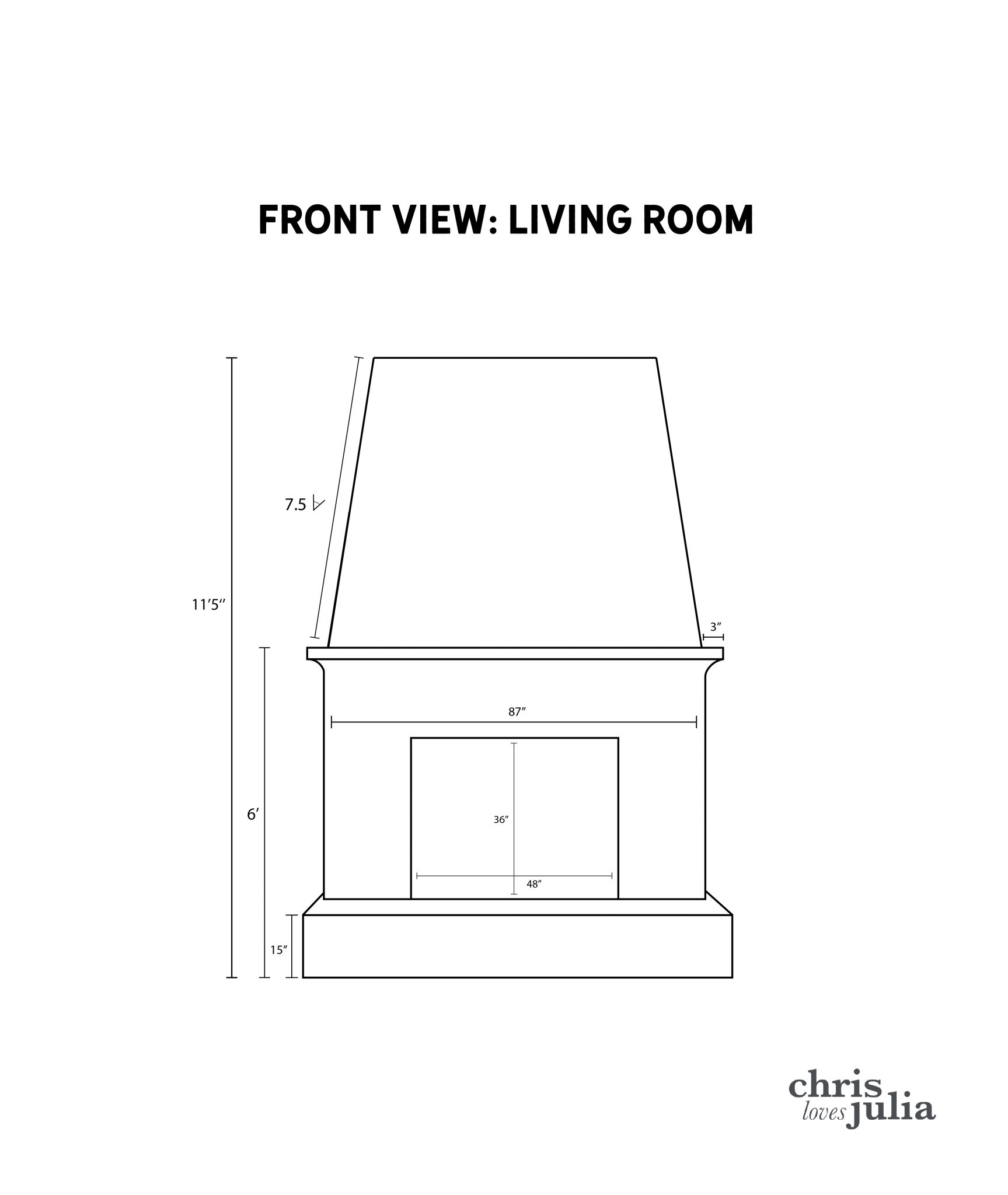 What we gave to our contractor was a hand-drawn version of the above, but gave them everything they needed to make it happen. Or so we thought. Every step of the way there have been questions to answer and issues to address. For example with all the weight being added here to build a stone fireplace, how would we ensure it was supported? Well since this wall was previously an exterior wall, there is a footing that runs directly through the fireplace, which they were able to T off of and create a support for the fireplace. 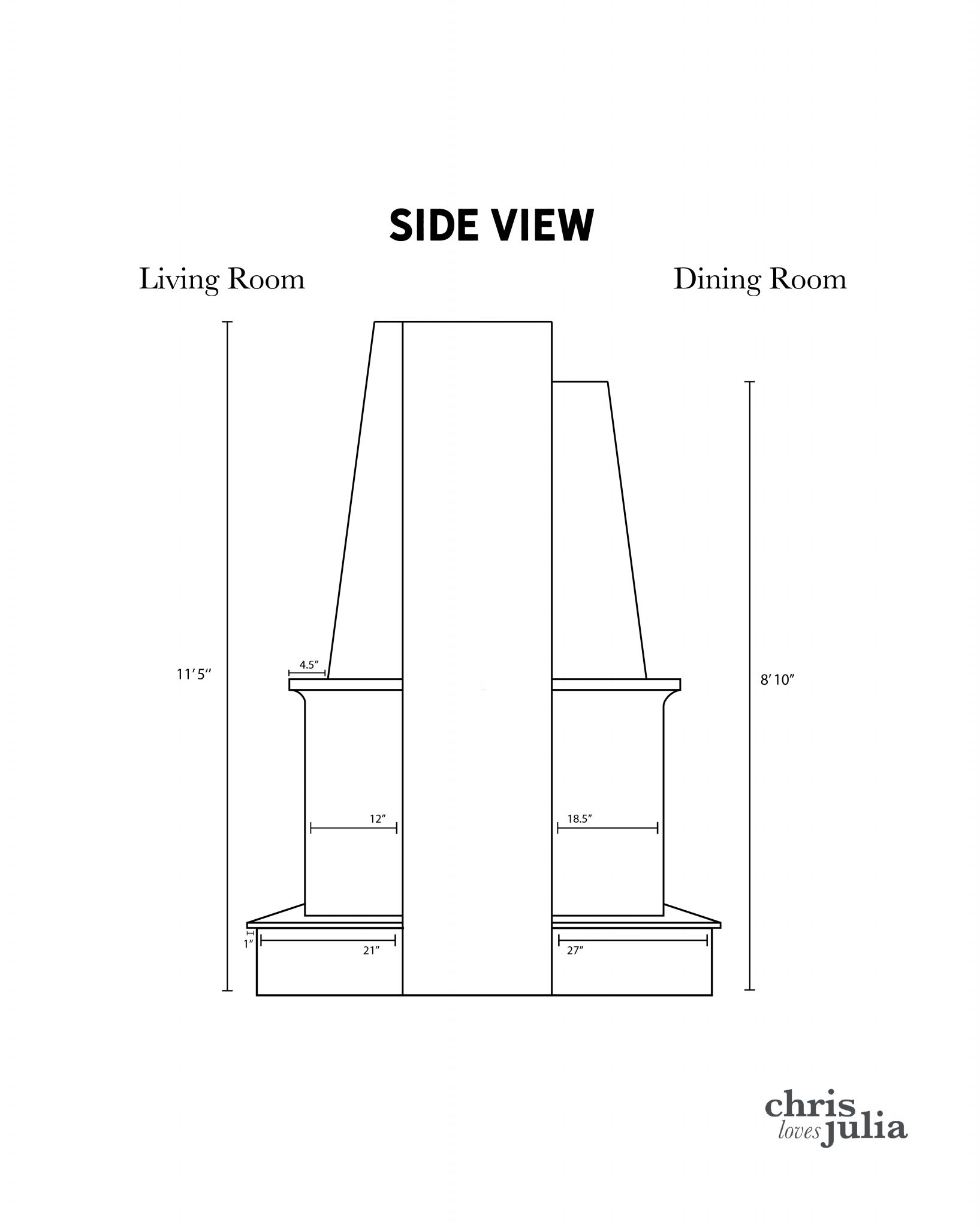 But what about venting? Since the fireplace is open on both sides, we need a 20in vent, with a 20 foot chimney, topped with a power vent to keep the air moving through the room properly. But you can’t shoot a chimney through a load-bearing wall, so we offset the fireplace, adding more depth to the dining room side to allow for the spacing we need. 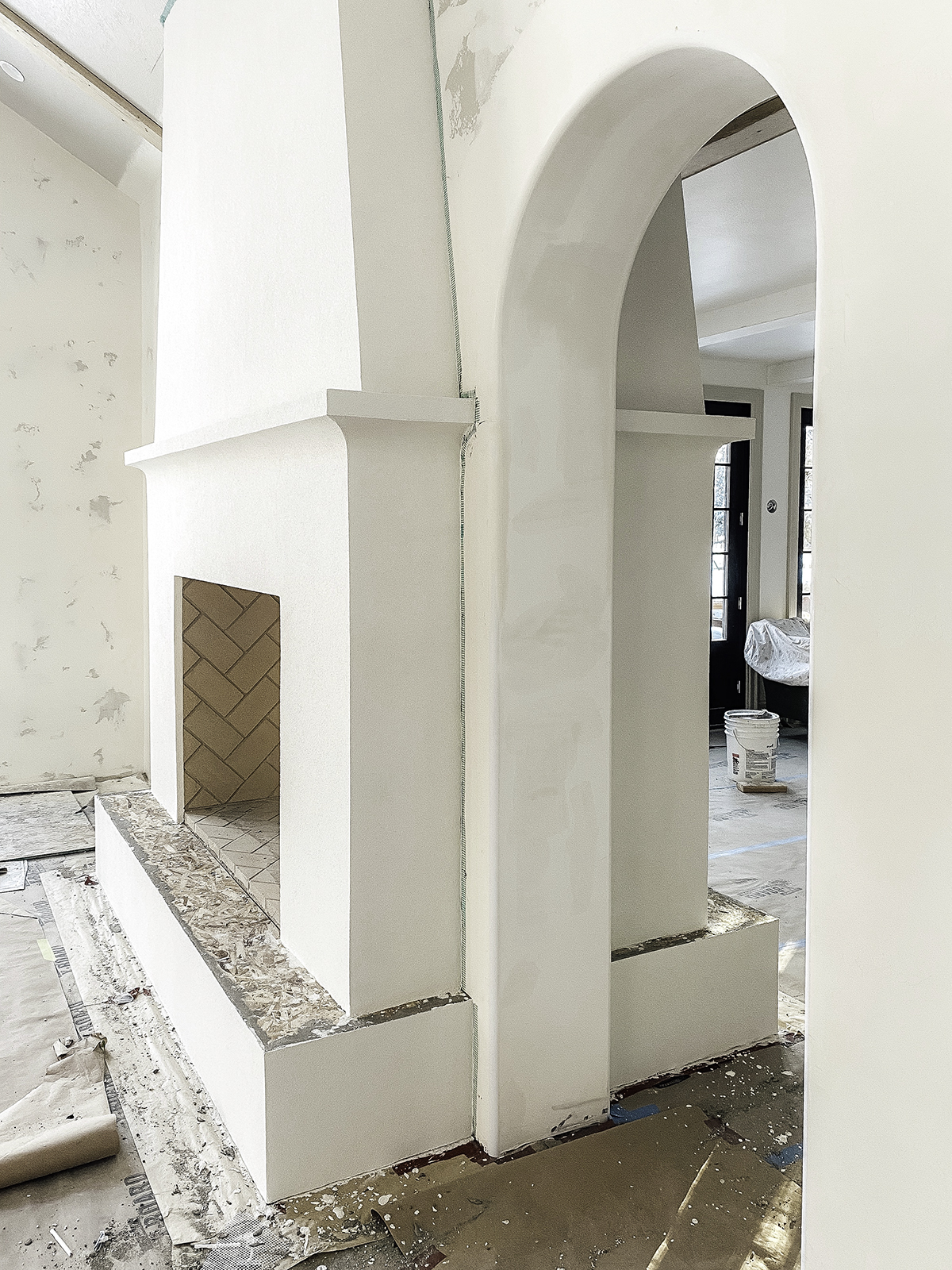 But even though this fireplace has been, by far, the trickiest part of this renovation, we have been so excited for every part of it. It’s going to be the focal point of not one, but two major living areas of our home, making them feel connected by also helping define them.

Now that the plaster is on, and is the most beautiful shade of white, the only things left are the hearth and the burner, both of which should happen sometime this week! And you can expect to see this fireplace in action on Instagram Stories the minute we light it up. 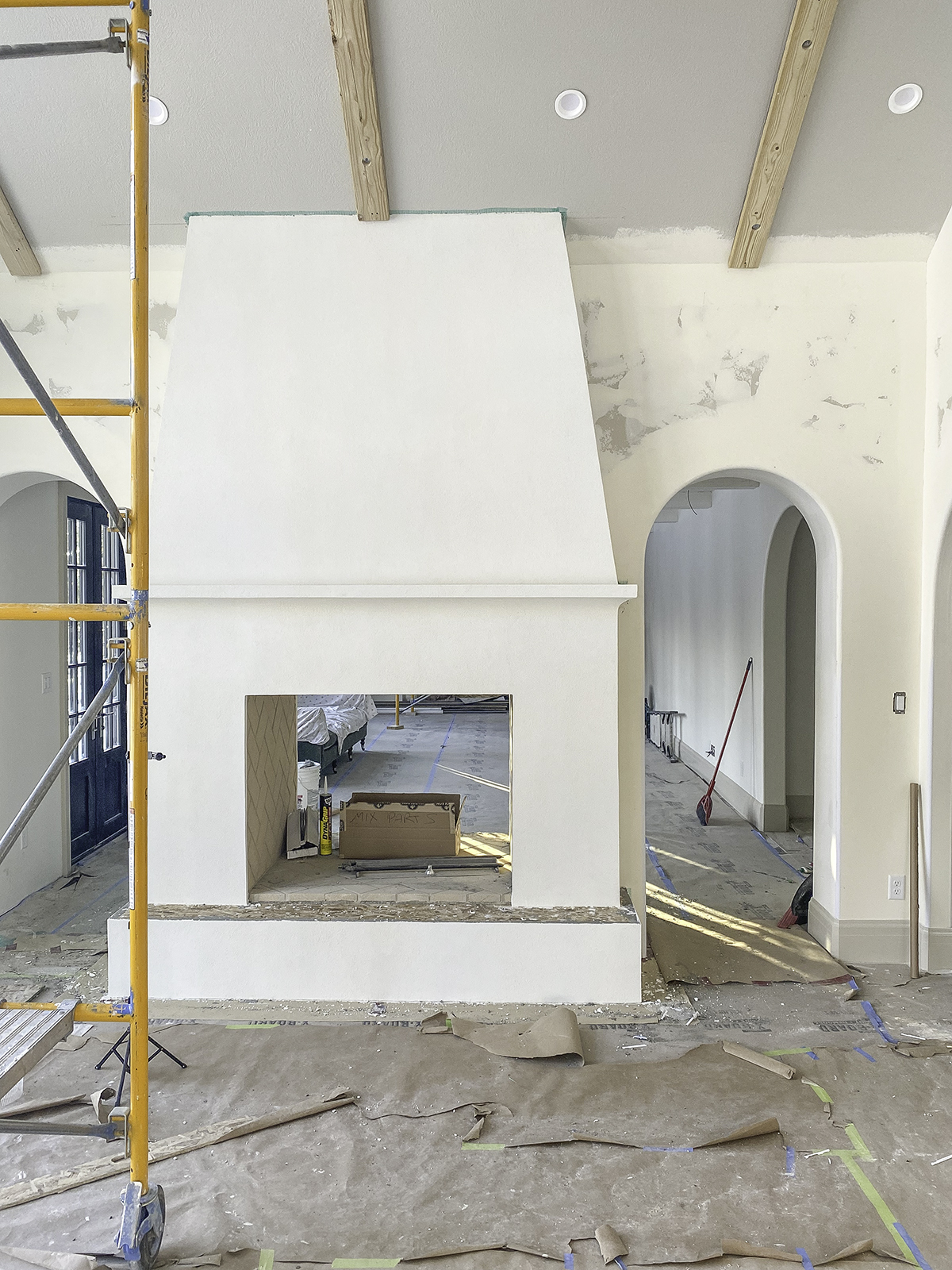 Before & After: A Mid-Century Bedroom Makeover with Lowe’s! »