For those of you who don’t follow us on Facebook, you’ve probably been wondering why there’s an overdose of Chris posts lately, and not so much Julia. Jules has been sick and is taking a break from blogging. I’ll leave it there for now and let Julia give the details when she’s ready. She misses writing here and getting her hands dirty and hopes to be back at it soon.

So this has been an interesting week for my weight loss experiment. Anyone who has been following has probably noticed some ups and downs, and has hopefully enjoyed the bonus Instagram recipes. I know I’ve enjoyed them :) . But as this has been an experiment, there have been a few things I’ve learned along the way and some goals that have shifted. So I wanted to share those today.

1. Some of you have voiced concerns about me weighing myself every day, worried that the up and down might be discouraging for me. This is a valid concern, and in a typical weight loss circumstance I would probably just do weekly weigh-ins. My hope is that, by posting my weight daily (weekdays – I don’t post it on weekends), I can show how normal it is to go up and down as you’re trying to lose weight. Expecting the scale to only go down isn’t realistic, because it just doesn’t happen that way. I’m not letting it discourage me, and if it starts to, then I’ll switch to weekly weigh-ins.

2. I need to control my meals as much as possible. This weekend was my grandmother’s funeral and we had a lot of family in town for it. Most of our family get-togethers involve food, and I can’t always control what is made. That said, I do have control over how much I eat. This weekend I faltered a bit and ate more carbs than I should have. On Sunday I course corrected and, despite eating my mother-in-law’s delicious spaghetti, was able to prevent a complete binge by filling up more on salad than pasta. So this is my new trick when eating at someone else’s house. They almost always have a salad of some sort, or fruit or something. I’m going to eat more of that to reduce my desire to dive head first into heavier parts of the meal.

3. Waking up early is still difficult. So far, the waking up and exercising part has been the hardest. This morning I was so close to just climbing back in bed after I weighed myself. But you know what made me get going? My obligation to all of you. So something I learned is that, being accountable to others is a huge motivator. You should always involve as many people as you can. If you’re embarrassed about telling someone you’re overweight, newsflash – they already know. Just face it and get them involved. And don’t get mad at them if they try to hold you accountable.

4. 200 by October 13th is a bit too ambitious. Honestly, I could make it could happen. I could get strict with myself, cut out all carbs, eat salad every day and exercise for an hour each morning. Shoot, if I did that I’d probably be down to 190. But knowing myself, as soon as I hit that goal, I would be on my way to the nearest BBQ joint to “celebrate,” leading myself to eventually gain back every pound, and then some. Since my goal is to make this a lasting change – to essentially be more active and eat less food – I can’t make myself feel restricted. So I’m just going to keep going at this pace and my new goal is 207 by October 13th. That’s a little over 2 lbs a week, which I’m confident I can do.

So those are the highlights. I’m actually really enjoying this overall, and am happy with the changes I’m seeing. I’m really hoping my body adjusts to the earlier mornings in another week or two, but either way I appreciate the support that has been shown. It’s been overwhelming, and really encouraging. Thanks everyone and I will be back tomorrow with the recipe for that rockin’ chicken quesadilla I posted last week. It was so incredible, and I lost a pound the day I ate it. Win/win. 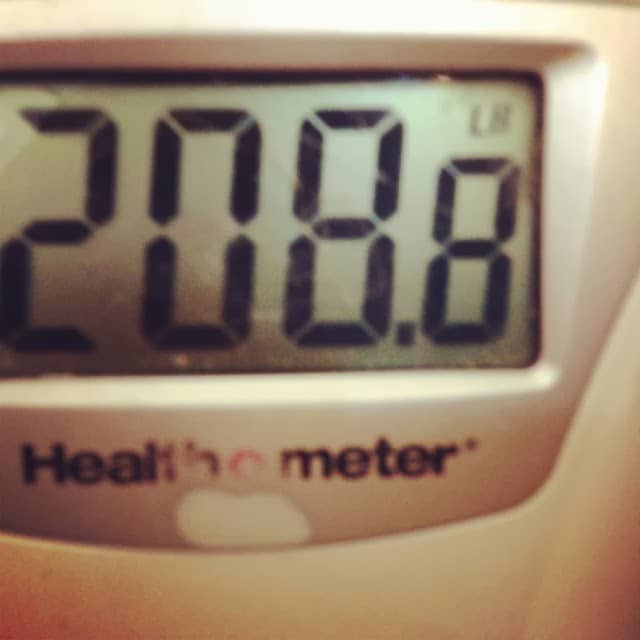 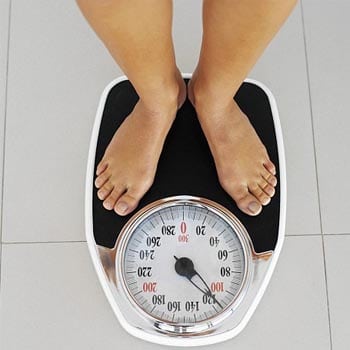