TOP
Cheesiest, most expected title right?  You love it.  Last time you saw this wall, we had just finished demolition and it looked like this: 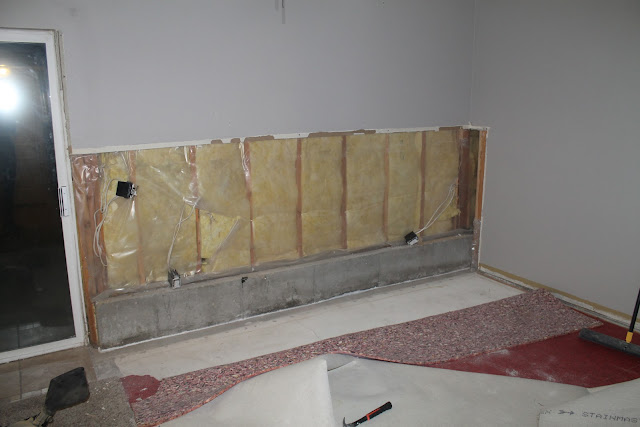 Now, a few sick days and several stubborn concrete nails later, it looks like this: 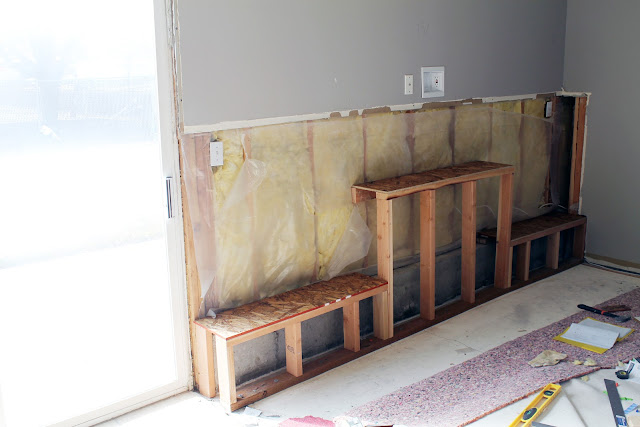 Chris and I finished framing this wall last night.  Now, Chris helped build his parents’ home, so he knew what he was doing.  I, on the other hand, should of kept track of how many times I said, “I don’t understand. I just can’t visualize this.”  Fortunately, I make a pretty good assistant and can follow directions, so when Chris told me, “Hold this here and don’t let it move.” I did it and we eventually got things done.

Of course, there were a few hiccups along the way.  We tried two different types of diamond-tipped concrete nails and both kinds bent 9 times out of 10 while we were trying to secure our treated lumber (treated lumber isn’t always necessary against concrete, but since we have had water issues before we didn’t want to take any chances) to the concrete subfloor.  Chris was getting so frustrated.  Finally, around day 2, he returned the nails to Home Depot and picked up a Ramset. 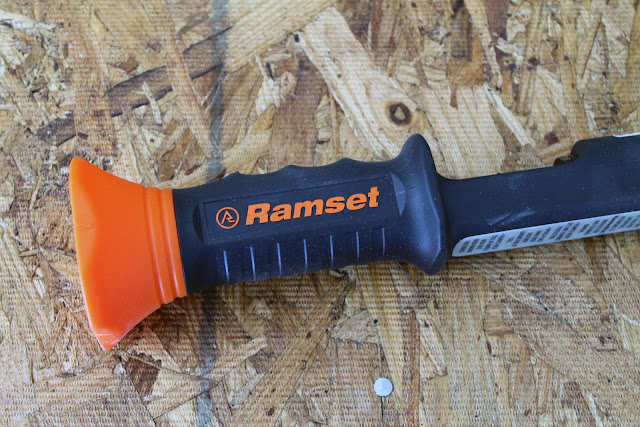 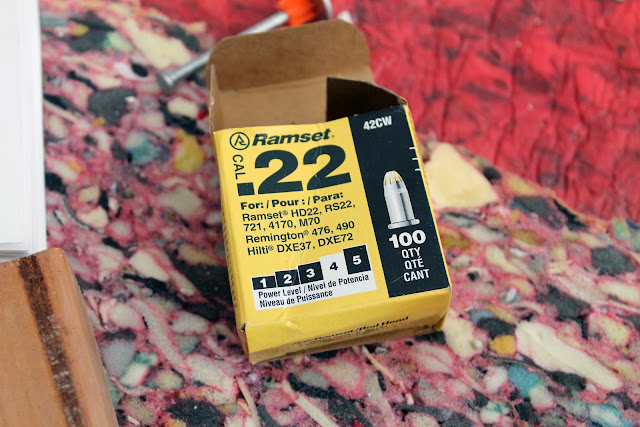 I never could get the name right.  Remax. Ramsack.  Either way, it is basically a hammer gun.  And with one hit, it shot the nail right through the wood and into the concrete.  It was such a lifesaver project saver.   Caution: You are gonna wanna plug your ears.  It really is as loud as a gunshot. 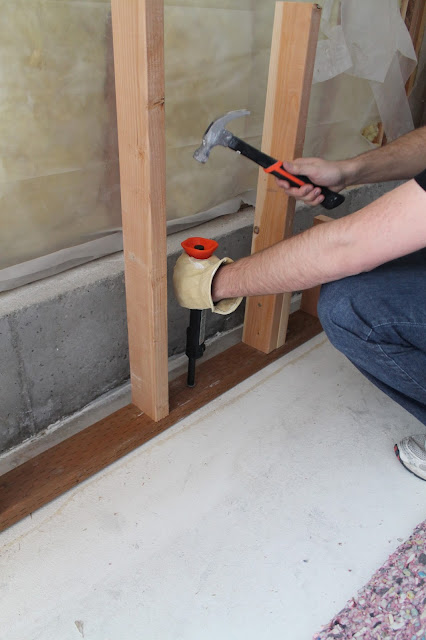 But the results are quick and efficient. 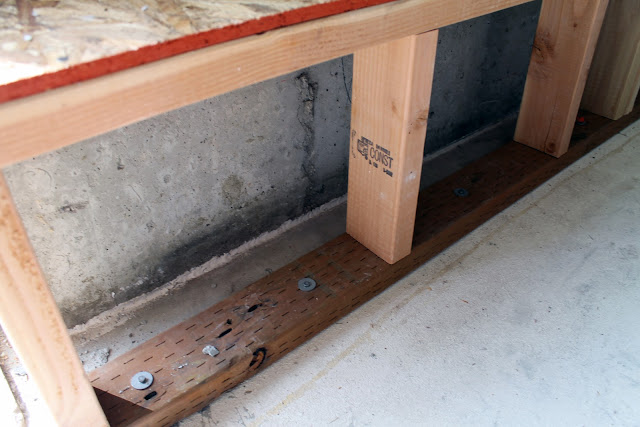 The other hiccup happened when we realized our foundation and subfloor weren’t exactly level.  Surprise. Surprise. Since we are putting bookcases on top of these frames all the way to the ceiling, we needed things to be as level as possible so that we wouldn’t have a lot of uneven spaces once we got to the ceiling.  The two lower platforms were especially unleveled, so before we secured the plywood on top, we shimmed it until things were even. 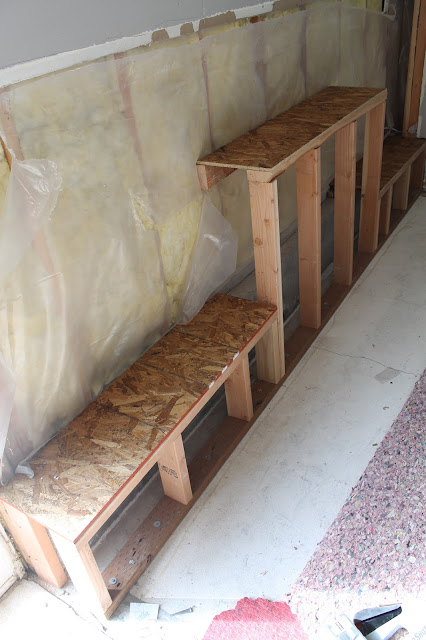 Chris planned and built the whole thing from a couple of drawings.  We are no Ana Whites, so there isn’t a source list coming, just these simple drawings that map out the end product (and a couple Greta scribbles): 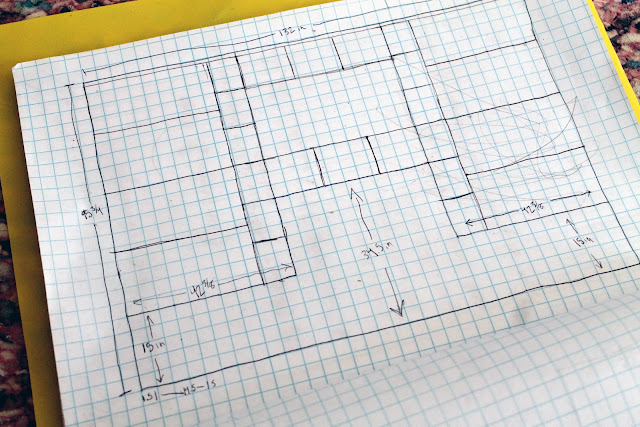 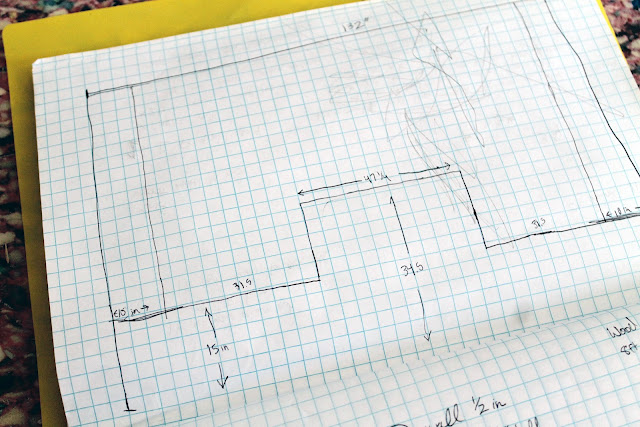 Is it strong enough to hold a bunch of bookcases?  Oh yeah.  Last night after we finished, we both jumped around on the platforms to make sure these babies weren’t going anywhere.  Solid. 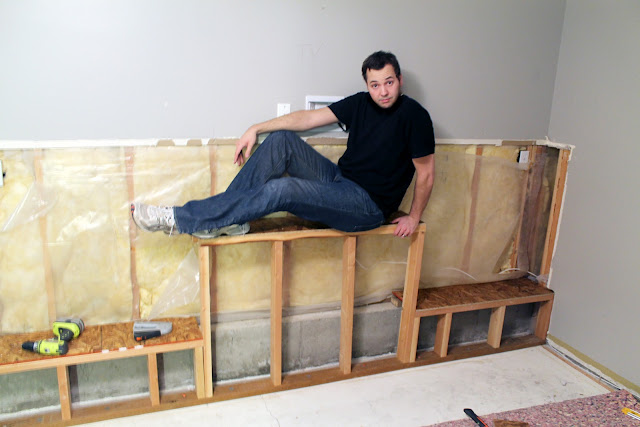 Another money-saving perk about this project: We were able to use almost all of the wood that was framing this half wall before. So this project, although a little bit time consuming, only cost us a total of $45.  $15 went to the treated lumber and plywood and $30 for the Ramset.  Tonight we need to put back the insulation and get all the drywalling done, too.  Another thing, I will know a whole lot more about after tonight. 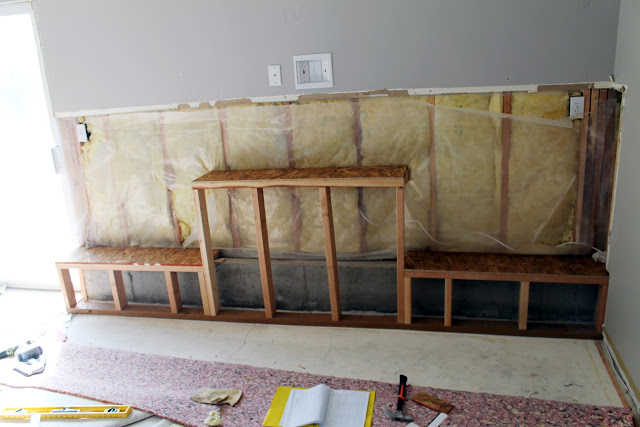 We have a busy week planned with lots of projects.  I can’t wait to break out a paint can, or at least start putting together all the bookcases we picked up yesterday from Ikea (All 7! of them and a chaise) 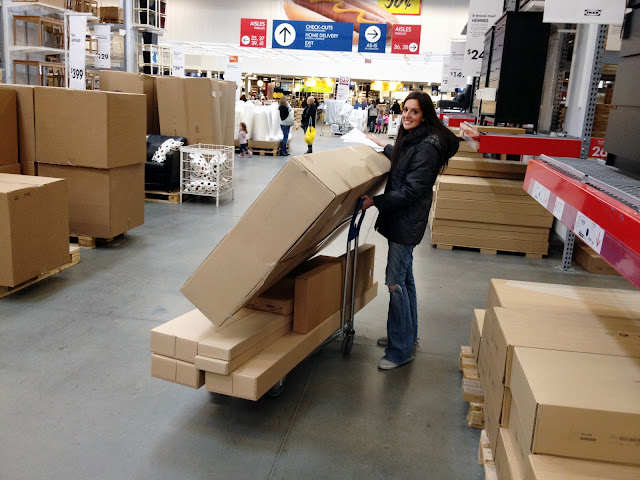 You know, something I can wrap my head around a little better.  If all goes according to plan, I should be painting by Thursday.  :)  Stay tuned, friends!