The Tile Combination for the Girls’ Bathroom

We really hoped to have the tile up on the walls of the girls’ bathroom to show you today, but we had to backtrack on a couple things before we could do that, along with some health complications the past two days, set us back again. We still have a goal to be completely done with this room by the first week in July (can we do it!? we have to!), so the next couple weeks, we hope to share a lot of progress.

Before we share the small visual progress we’ve made and a few last minutes changes, we finally decided on wall tile thanks to this inspiration photo from Architectural Digest. 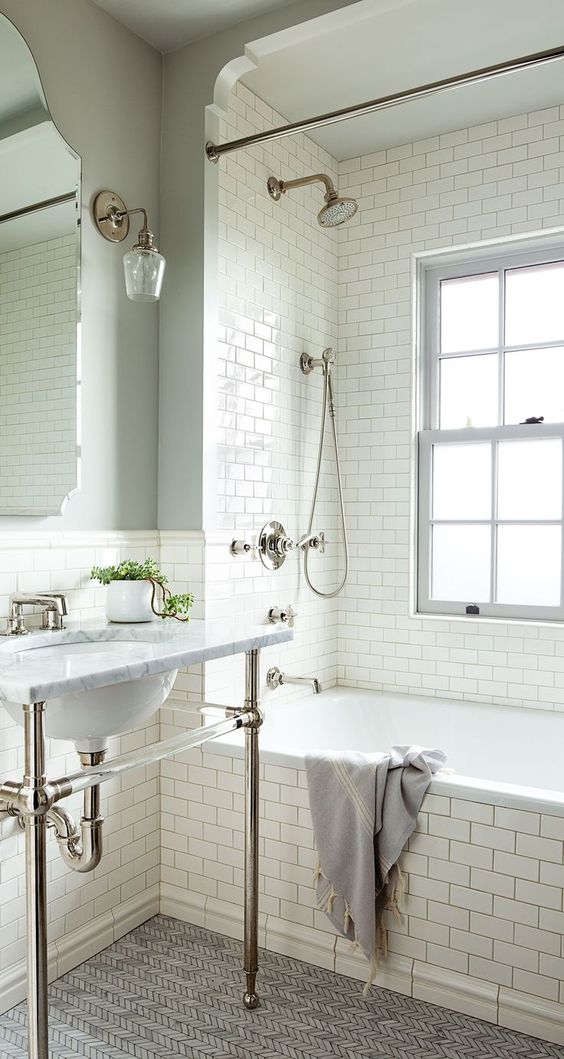 Okay, I know what you’re thinking–it’s just white subway tile. But we actually gained so much more from this picture. Not only do we love the timeless look of the whole bathroom, but the wall tile application (going all the way up in the shower and only half-way up on the other walls) finally made things click for us. But I think what really sealed the deal was their addition of chair molding tile. It adds the perfect finishing touch and really elevates the basic subway tile.

Because our bathroom is on the smaller side, we used the same trick we pulled in the Pittsburgh kitchen and ordered our favorite 2×4 white subway tile. 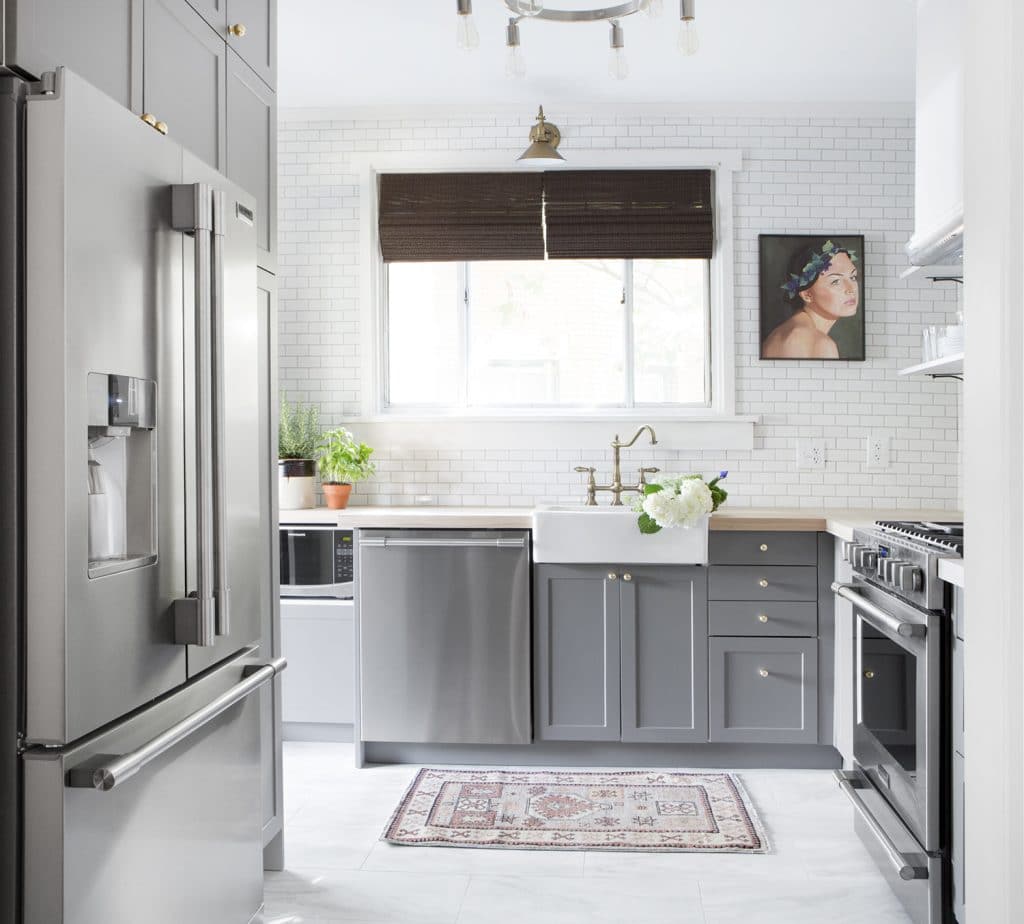 Not only does it come in super affordable sheets for easy installation, but the slightly smaller scale actually tricks the eyes into making a space look larger. 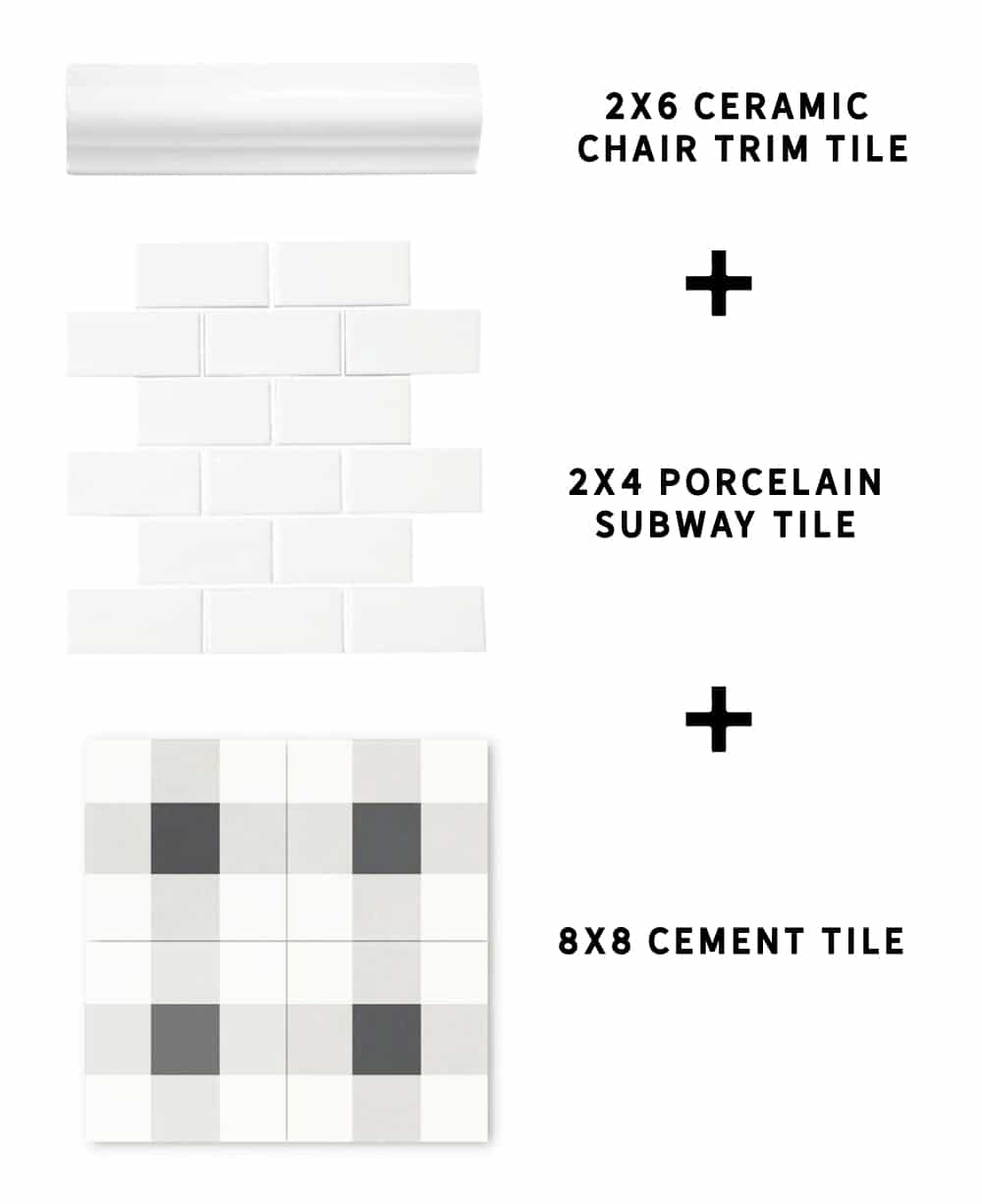 After ordering the tile, we found and picked up the perfect chair rail tile (here) for less than $2 a piece (we needed 55 pieces). The combination of the chair rail, small scale subway tile and plaid cement floor tile finally feels like the classic combination that’s been in my head this whole time.

And just as we were getting ready to tile, we double checked with our handyman his plans for the tub flange that he had left exposed. Several of you pointed it out in our last bathroom post, and he assured us there was a plan. Turns out, it was just a big misunderstanding. 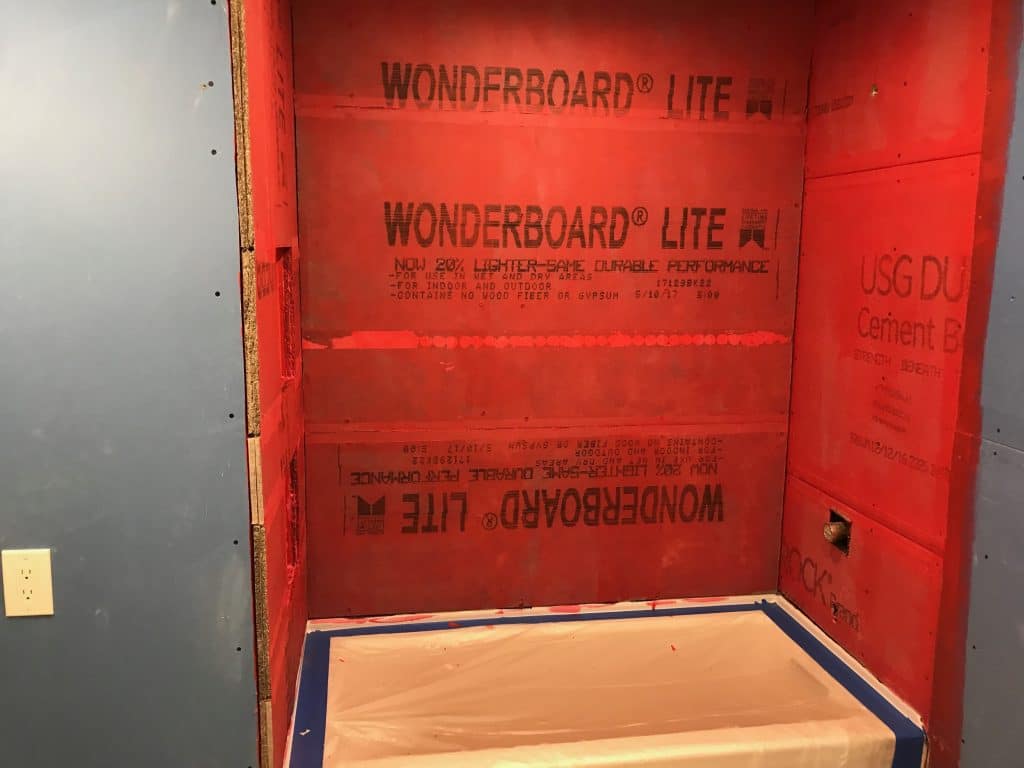 So Chris took the tub out, uncemented the pipe, cut the cement board on the faucet side of the tub and re-installed everything so the tub flange sat flush with the cement board–at least on that side where the wall is flush the entire way to the door. THEN, he had to add additional layers of cement board (1 on the back and two on the left side, with adhesive in between each layer to prevent shifting) until the other two sides also sat flush with the flange. And then Red-Guarded the whole thing. 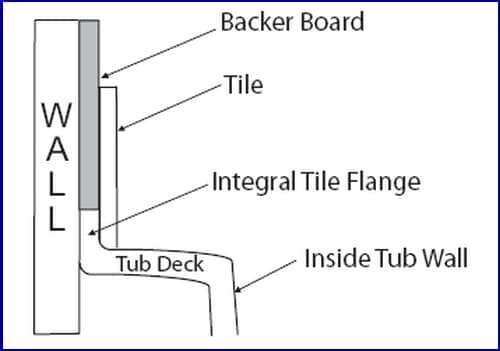 You can see from the illustration above, now the tile will be able to easily come down to the tub deck. It took an extra day’s work and it would be easy to get frustrated for having to re-do something we initially paid someone else to do, but we’re actually just very happy it was an easy fix. And if we didn’t take it upon ourselves to do it, you never know the kind of shortcuts other people would make.

So that’s where we’re at. Our first full bathroom renovation is definitely trying to kick our butts, but we’re learning so much and although it doesn’t look like it now, we actually do see the light at the end of the tunnel. We need to take the rest of this week off to focus on family and health, but will be back bright and early next week.

The Beginnings of Our At-Home Playground »