Three Problem Areas in Our Home We Solved in An Afternoon

There were three problem areas in our home that were a constant source of frustration for Chris and I. One of them, we’ve talked about extensively (the bunk bed lighting situation–we’ll get there in a minute), but, I’m excited to say, we easily fixed all three of these problems in one afternoon and not only does it feel like a weight has been lifted–but we’re all happier with how our home is functioning these days.

1. The Problem: A Pantry Light that is always, always on.

Having a walk-in pantry has been amazing and I loved almost everything about it, except for the fact that every time (without fail!) that I walked in the kitchen, the pantry light was on. 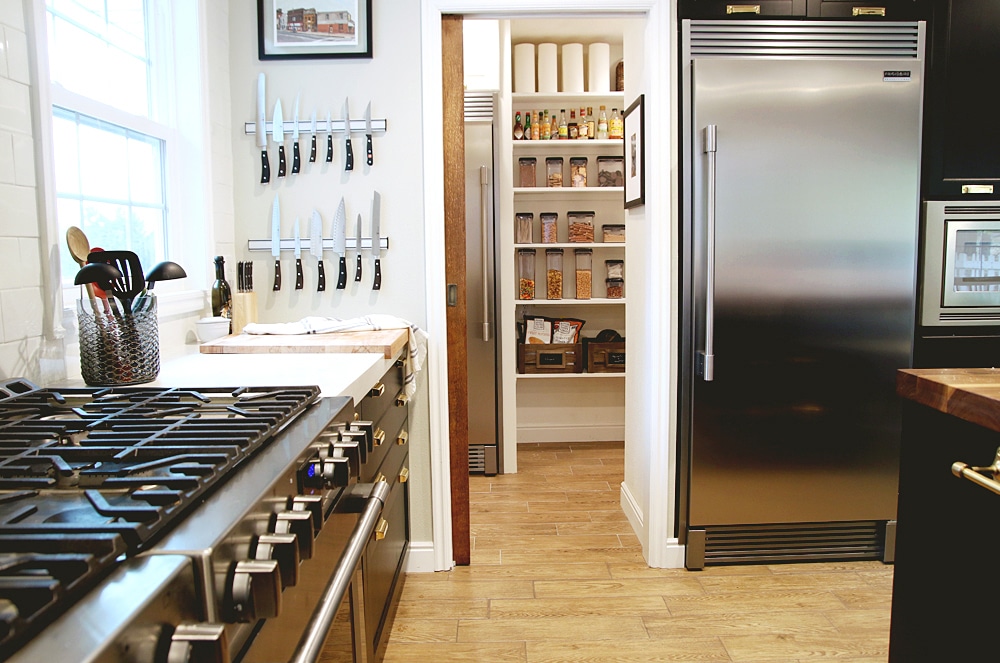 It’s a decent-sized pantry with no natural light (it’s lit by 2 recessed cans), so it’s not unusual to have to flip on a light to find something, but our family really struggled turning that light off for some reason. Even I will admit that often times when I would be going in and out, it was easiest just to leave the light on, but the small problem was definitely wearing on me. How could we get the girls to remember to turn the light off when they were done grabbing a snack?

The installation was very straight-forward to swap out our standard switch with this one that turns on and off when it senses movement. And after we did, there was a small screw under the switch (before you put the plate on) that allows you to adjust how long you’d like to keep the light on–from 30 seconds to 30 minutes. We opted for the shortest time, 30 seconds, and it seems to be perfect for us! 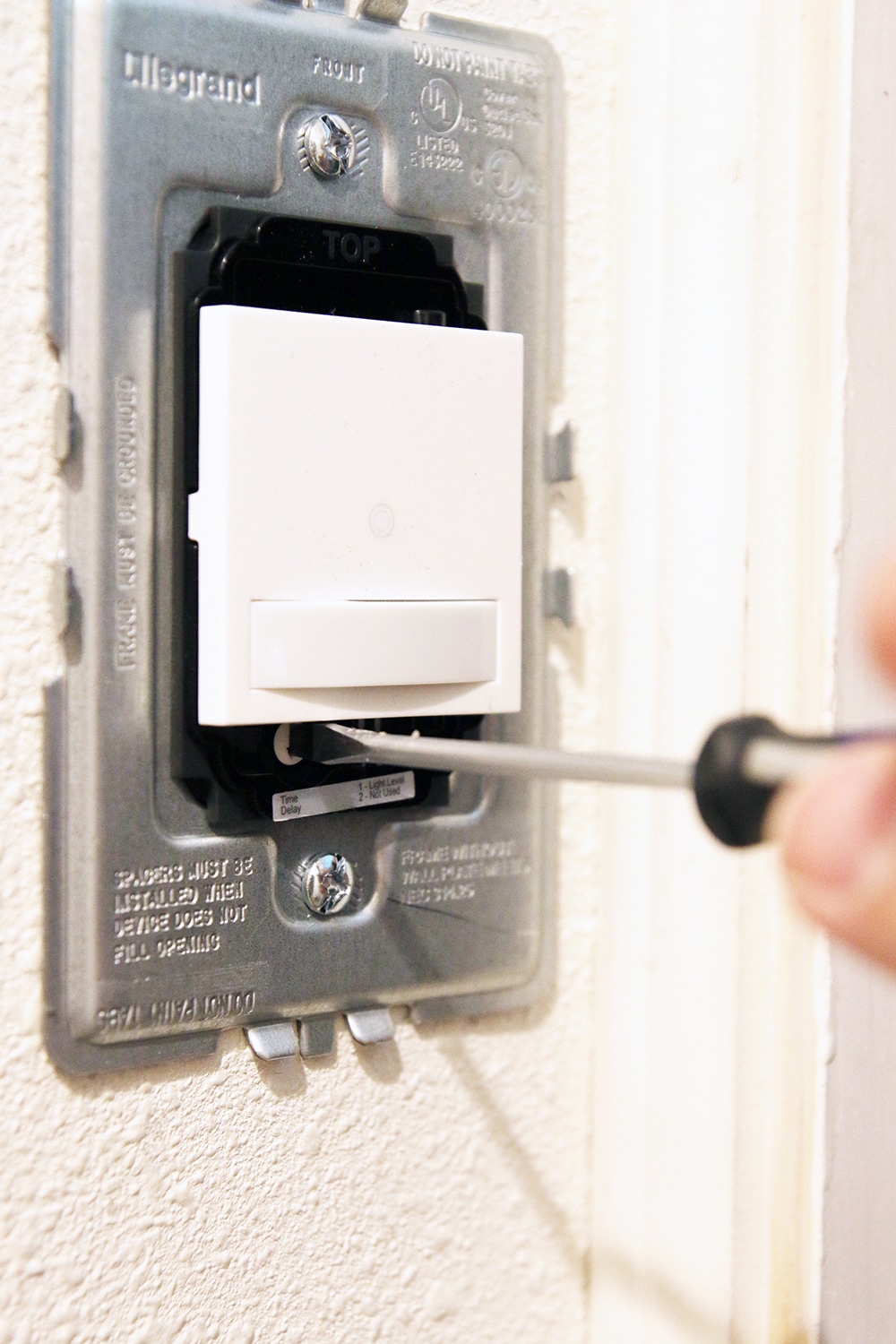 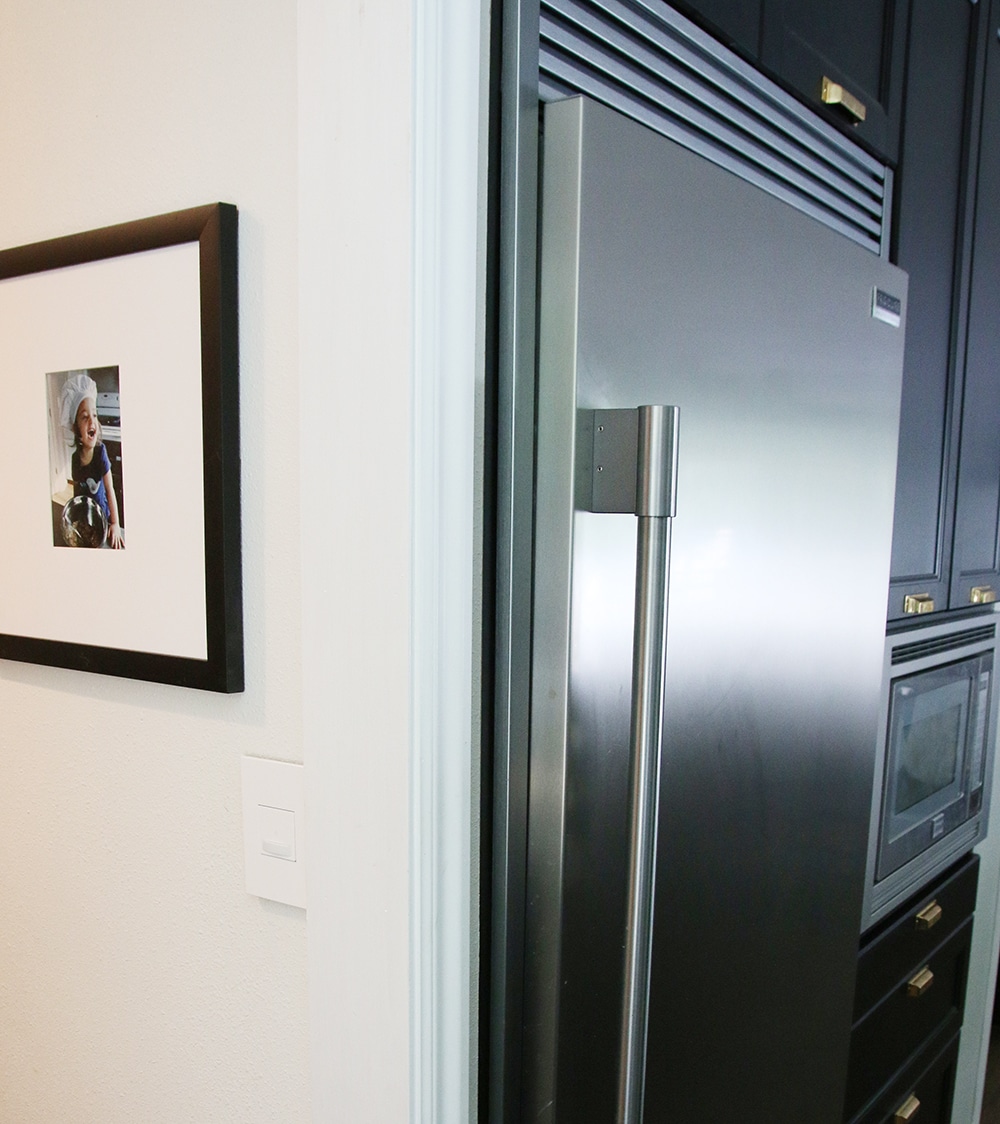 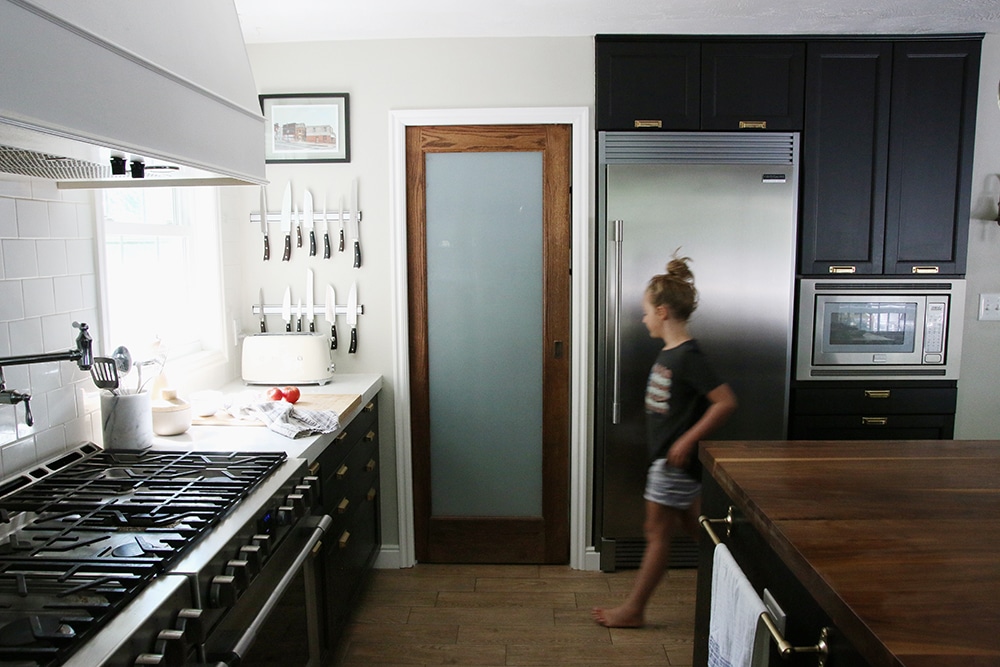 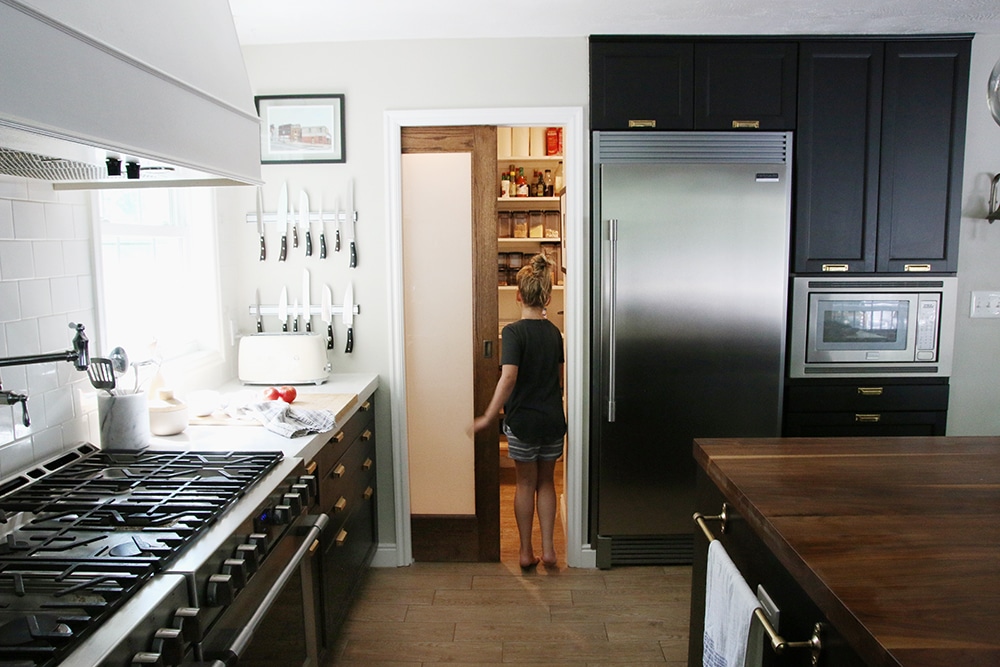 No more thinking about it. And it’s incredibly nice to just open the pantry door, or walk in and the light just turns on! I made a little gif so you could see it in action:

Now we’re eyeing one for our laundry room, too…

2. Problem: The Plug Socket Behind The Baby’s Crib

The plug behind the the baby’s crib in the nursery has caused more fear than frustration. When Faye was a baby, we plugged the outlet with those plastic plugs and moved the slats so they were strategically covering it, but it was always an eyesore and even worse, as Faye grew older, she’d get more curious about taking those plastic plugs out. 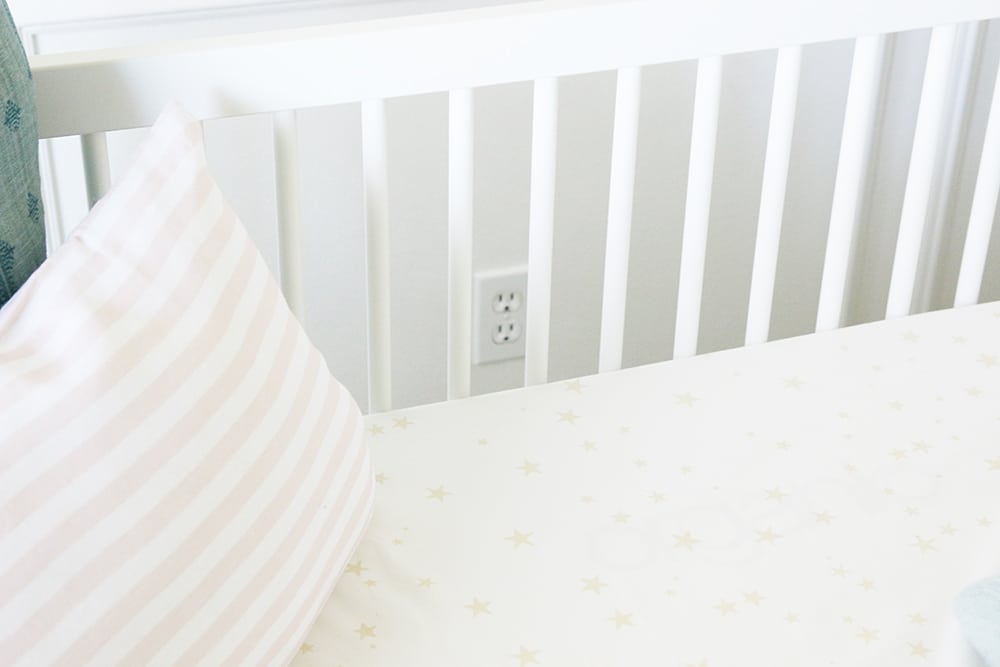 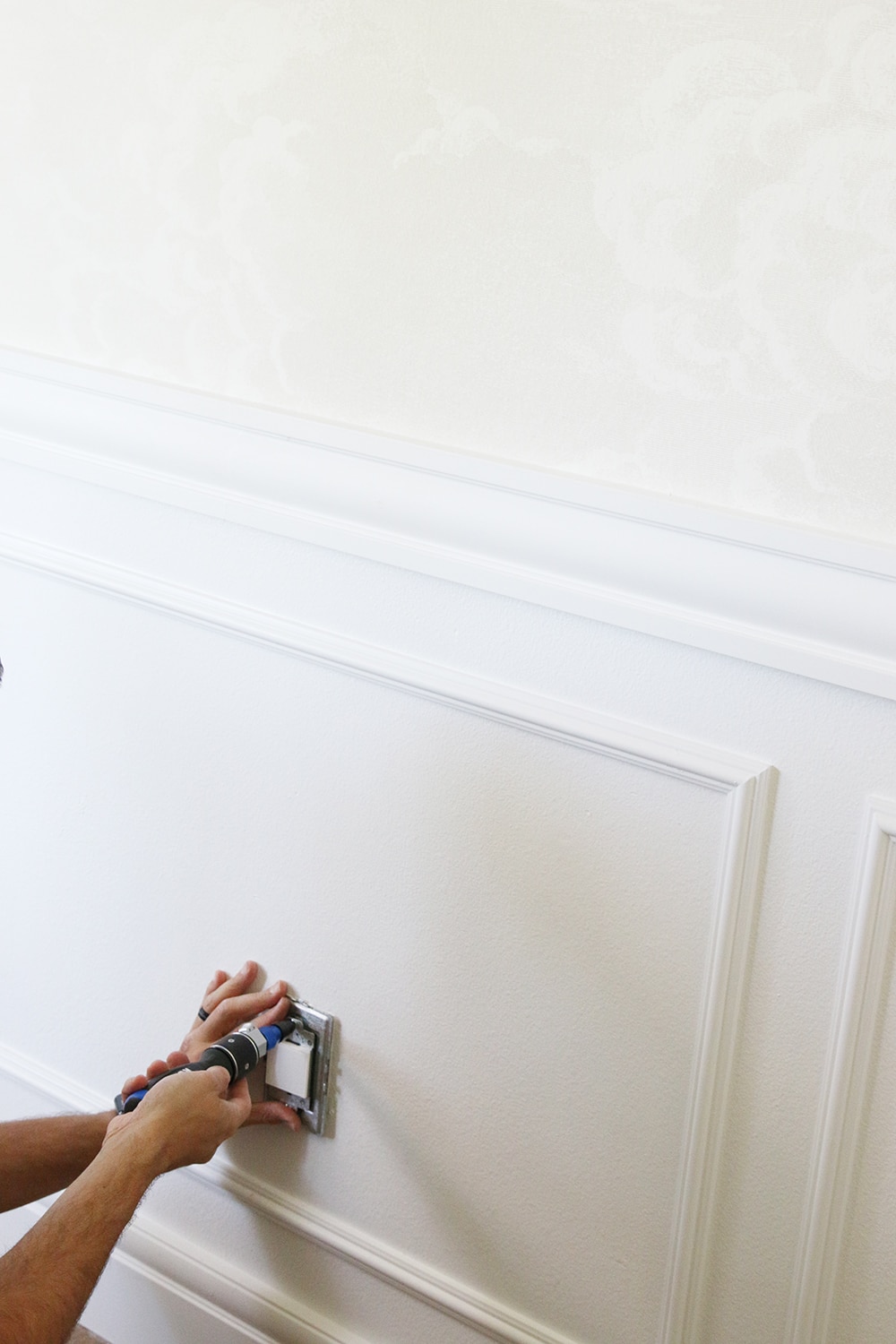 The flat plug took less than 10 minutes to install and since we never use this plug, but want to keep it for down the road, this pop-out option made so much sense for our family. It sits completely flat with nothing on the front and it has a patented shutter system so it is tamper-resistant to keep children protected. 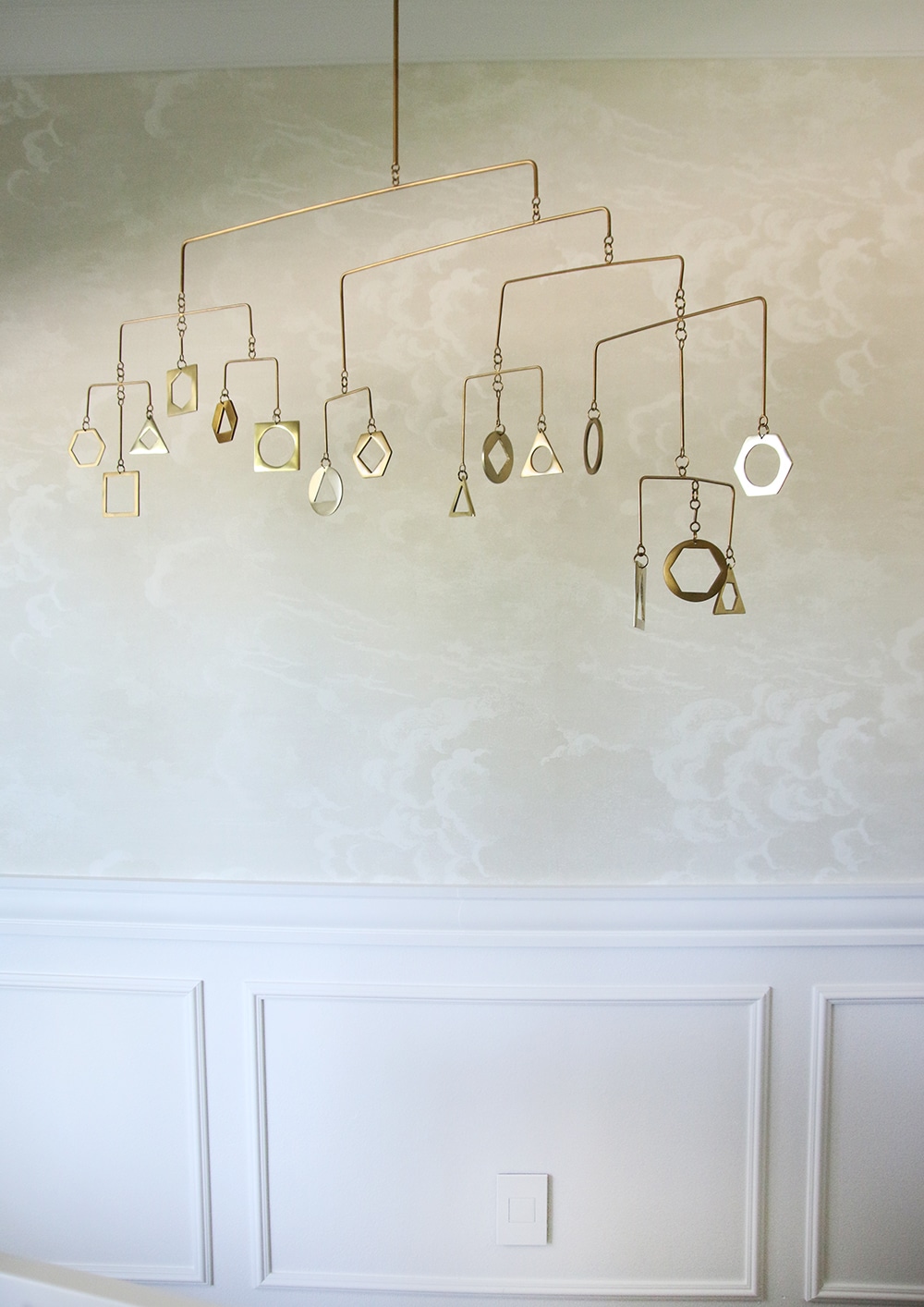 It looks beautiful. It is so much safer. And I am so, so happy to check that problem area off our list.

Problem #3: We can’t easily reach the lights in the bunkbeds (and the girls keep turning them on at night!)

Okay, this was 100% our fault (we built the bunkbeds ourselves last fall) and a mistake we have owned up to on several occasions. But, it was still a thorn in our side and something that seemed like a really big, hard thing to fix. Spoiler alert, it took less than an hour! If you aren’t familiar with the issue I’m referencing, when we built bunk beds in the girls’ room last fall, we put the light switches for their wall sconces on the inside of the beds, instead of near the outer edge where we’d be able to reach them. After we realized it, it was too late–the room was done! We actually tucked a paint stick into the upper bunk bed to help us reach the switch without having to climb up the stairs. So you can see how this would be a source of frustration. 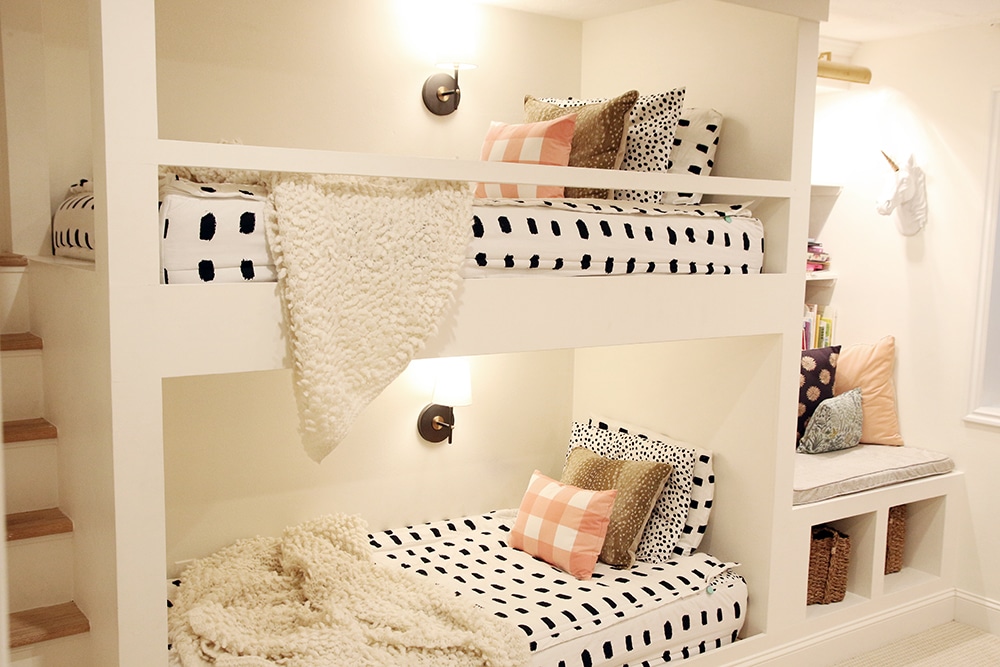 
Chris called this “the game changinest game changer to home electrical since the circuit breaker.” The adorne line has an entire suite of Wi-Fi Ready switches that can be synced with the Legrand Light Control app on your smart phone. You simply set up The Hub next to the wireless router in your home, replace your old switches with the Wi-Fi ready versions (they install just like regular switches), and a few simple steps later, we had complete control over the girls’ lighting directly from our phones. 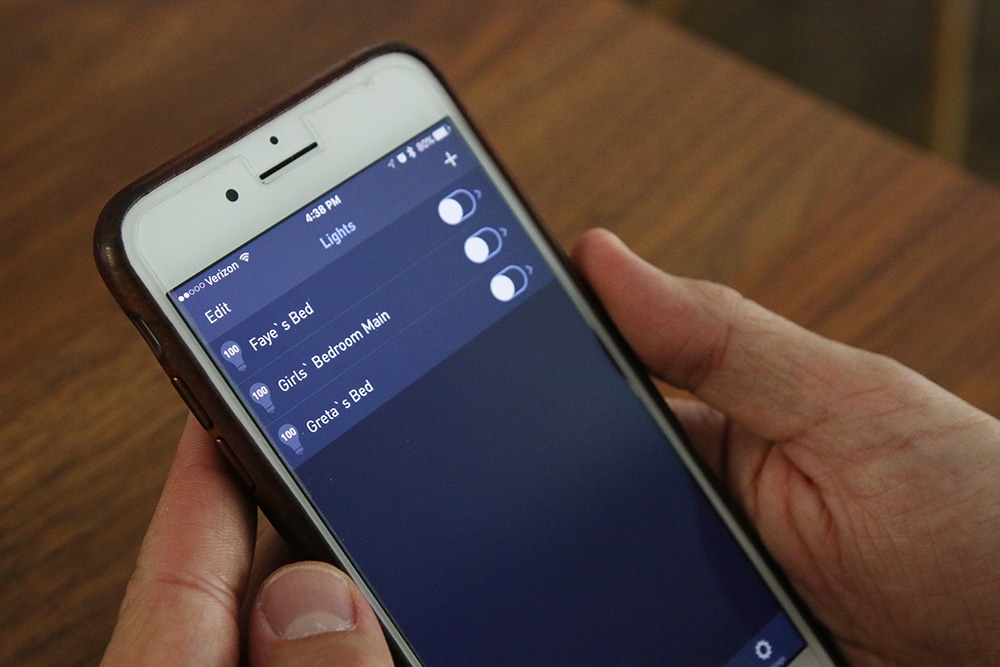 But we didn’t stop there, because we knew that there would still be times where we’d check on the girls while we didn’t have our phones and find them asleep in bed, with their lights on. But what could we do, short of opening the walls up and running new wire to create 3-way switches? Enter, the adorne Wi-Fi Ready Remote Dimmer. 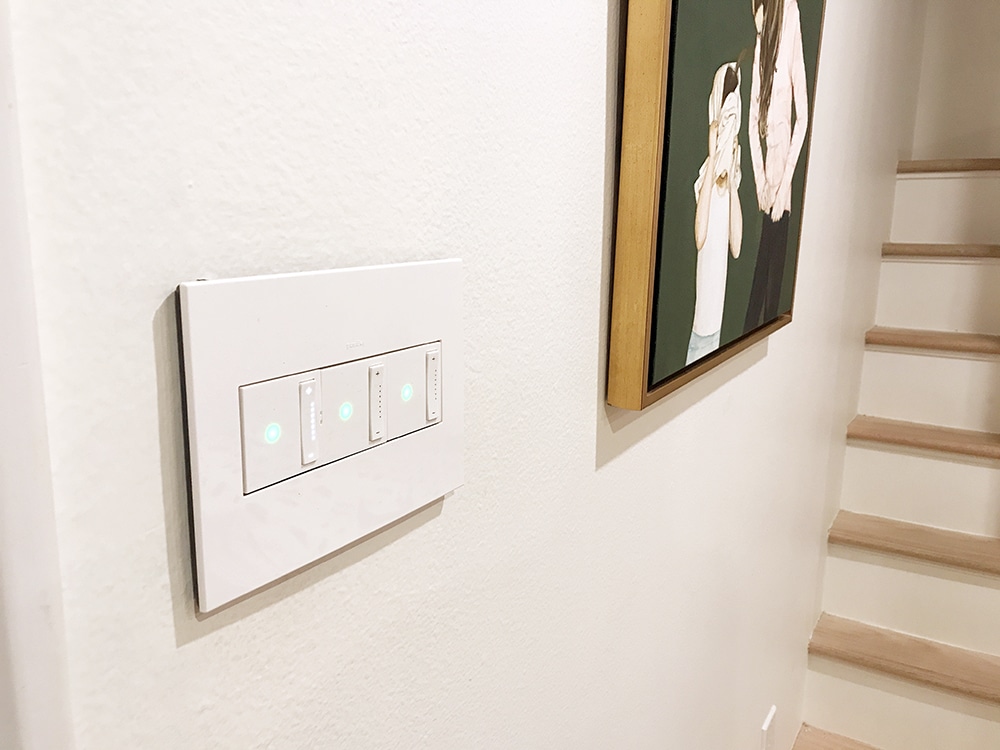 It’s exactly what it sounds like, and exactly as amazing as it sounds, too. You install the Remote Dimmer with any other switches – somewhere where it can get power (in our case, we had one existing switch on this wall so we used the power there), and sync it with any other adore Wi-Fi Ready switch in the house–we synced it with the girl’s light switches in their bunks. No need to run wires through the walls or deal with 3-way wiring. The Remote switches connect to The Hub the same way any other switch does, and can be used to control any other same-type Wi-Fi Ready adorne switch. So now when we peek into their room at night, we can dim their lights or turn them completely off right there by the door. It’s legitimately incredible and took less than an hour to install! It feels like sorcery, but it’s actually all just Wi-Fi. 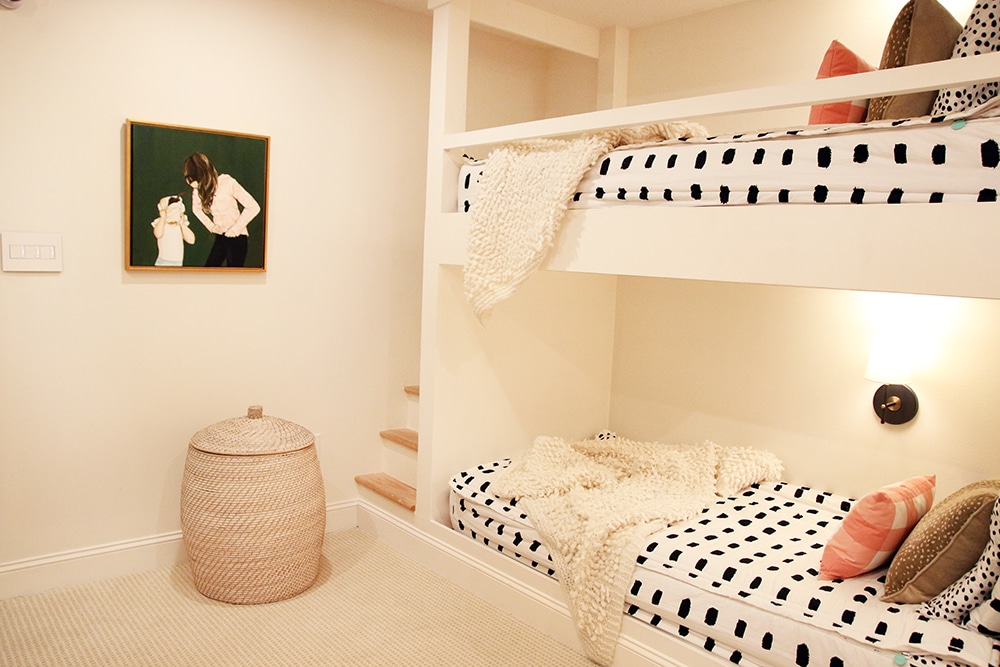 Now there’s no more reaching over sleeping children to turn off lights, or little girls yelling up the stairs that their sister turned on the lights, or turning off the lights prematurely because it’s just easier. For the first time, the lighting situation in here is just as we always dreamed it would be from the beginning.

It’s amazing how good our home feels with those three problem areas all cleared. Our home got smarter and our day-to-day feels so much easier, even though we only changed those small things and spent a few hours doing it. You can check out Legrand’s full adorne line right here. There’s a variety of styles and finishes and true life-changing solutions.