TOP
Last week, we spent a couple hours two nights trimming out the entire great room, which took a long time considering so many doors and windows and cabinets and corners! And then Saturday, we knocked out all the rolling in a couple hours total.  And we were left with a much lighter house that we’re so happy with. Evidence you say?
Here’s what we started with: 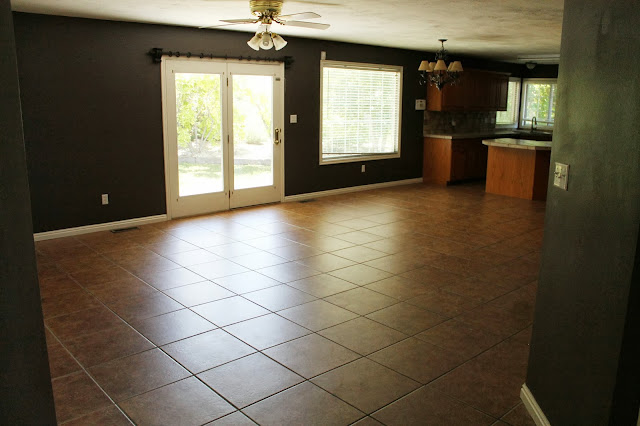 And here’s how it looks today: 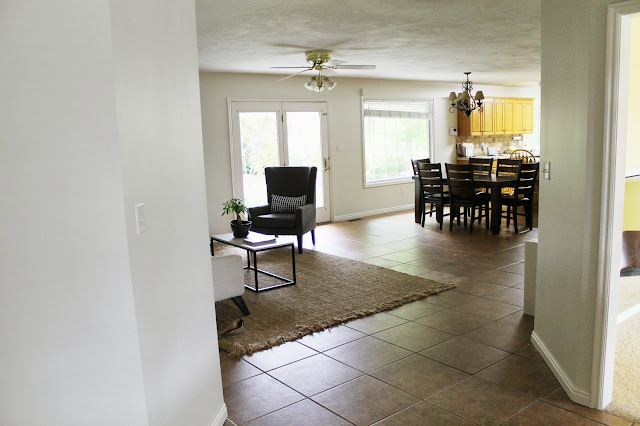 If a house could lose weight, that’s what i would say happened.  It shed a ton of pounds–although it also feels bigger, so I am not sure that’s the right analogy.  Kitchen! 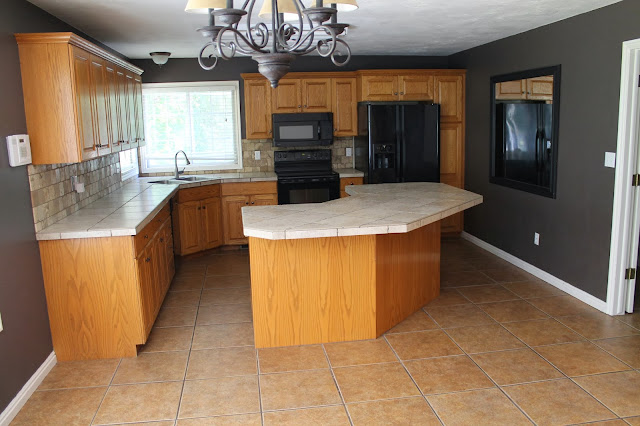 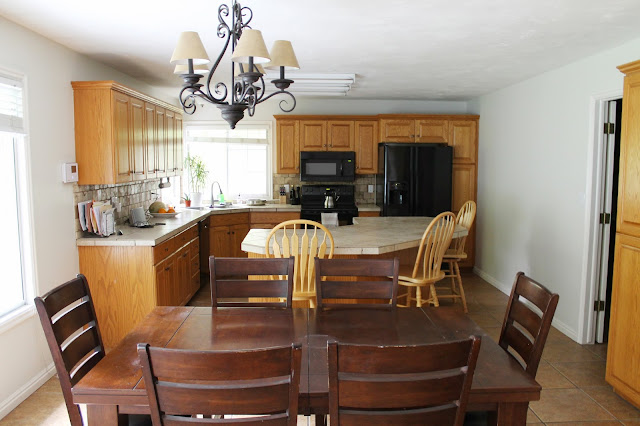 Woohoo!! Like I mentioned in this post, we decided on a really light taupe that is sometimes tan, sometimes gray and sometimes a soft grayish green.  Ace Hardware’s Richland in their Clark + Kensington line.  It’s such a clean, ethereal, and calming paint color that we’ll live with for a good long time.  We were worried the painting process would include a few coats of primer before painting since the walls were so dark to begin with but the people at Ace were certain their Clark + Kensington paint would have no trouble since it has a primer built in.  Spoiler–they were right. I snapped the photo below with my phone while rolling on the first coat: 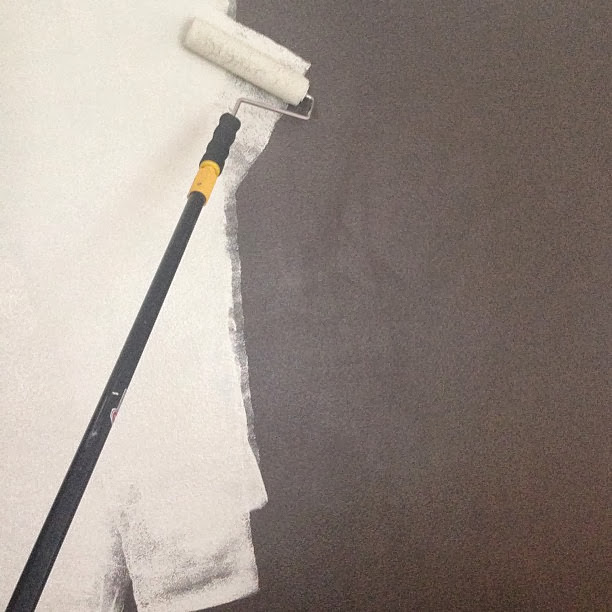 Impressive. The whole thing took 2 and a half coats total.  Two full and then one more in various places. It had a good thickness that didn’t drip either.  Good paint, people. Here’s how the living room looks now. 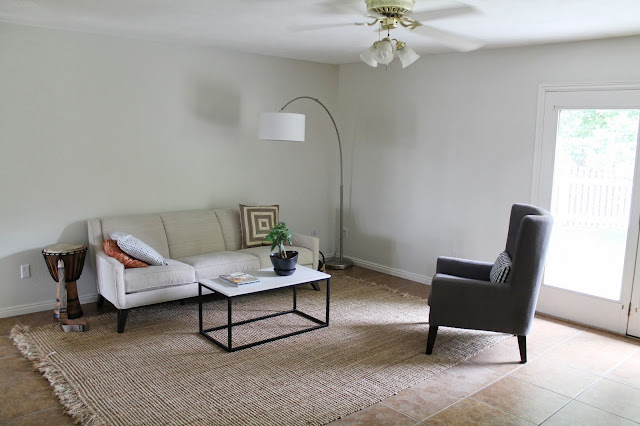 This room will change drastically before we’re done.  A window on the right. A fireplace where the couch is.  Uh, more furniture.  A new rug. Hardwood floors. This house has 1000 more square feet than our last house so everything is sparse right now, and I also feel like I have to explain why everything doesn’t look great right this second. Haha. Just know, with fresh paint, we’re finally looking at a starting point. 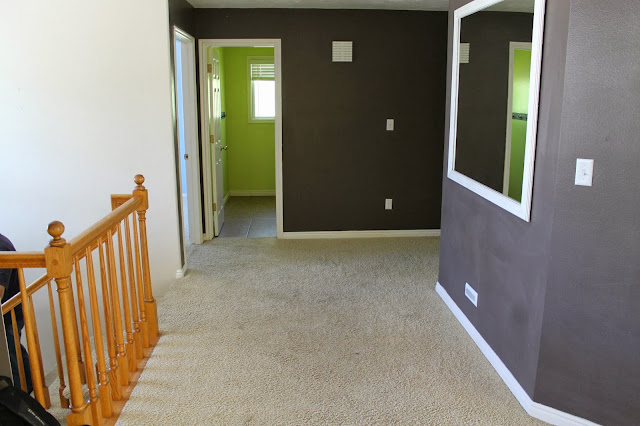 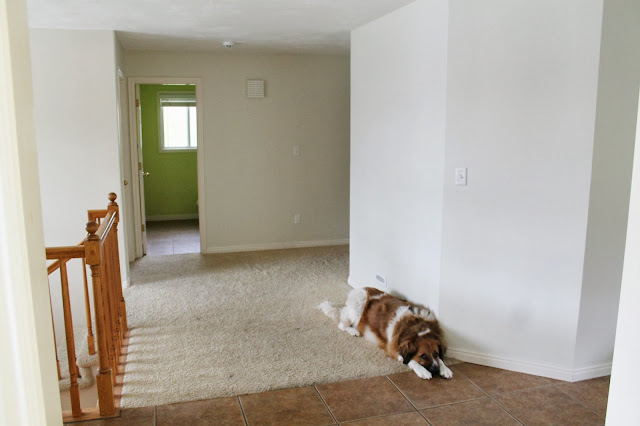 We didn’t paint the staircase to the left quite yet because we want to tear down some wall detailing first, but it will eventually be Richland as well.  I think all of these clean walls are calling for some art now. On it.
This post is in partnership with Ace Hardware. We were chosen to be apart of the Ace Blogger Panel this year and received 5 gallons of Clark + Kensington paint in Eggshell to review for this post as a part of our agreement. 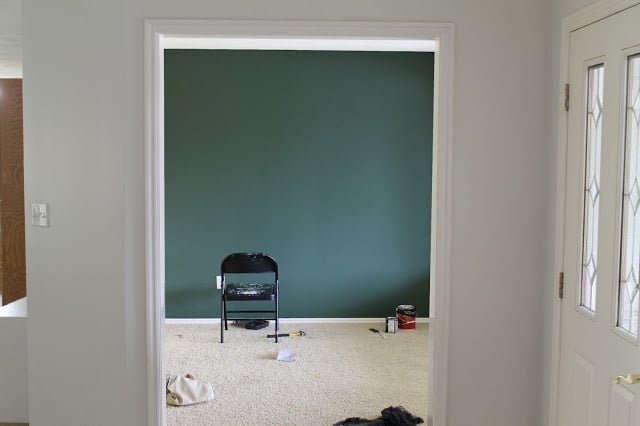 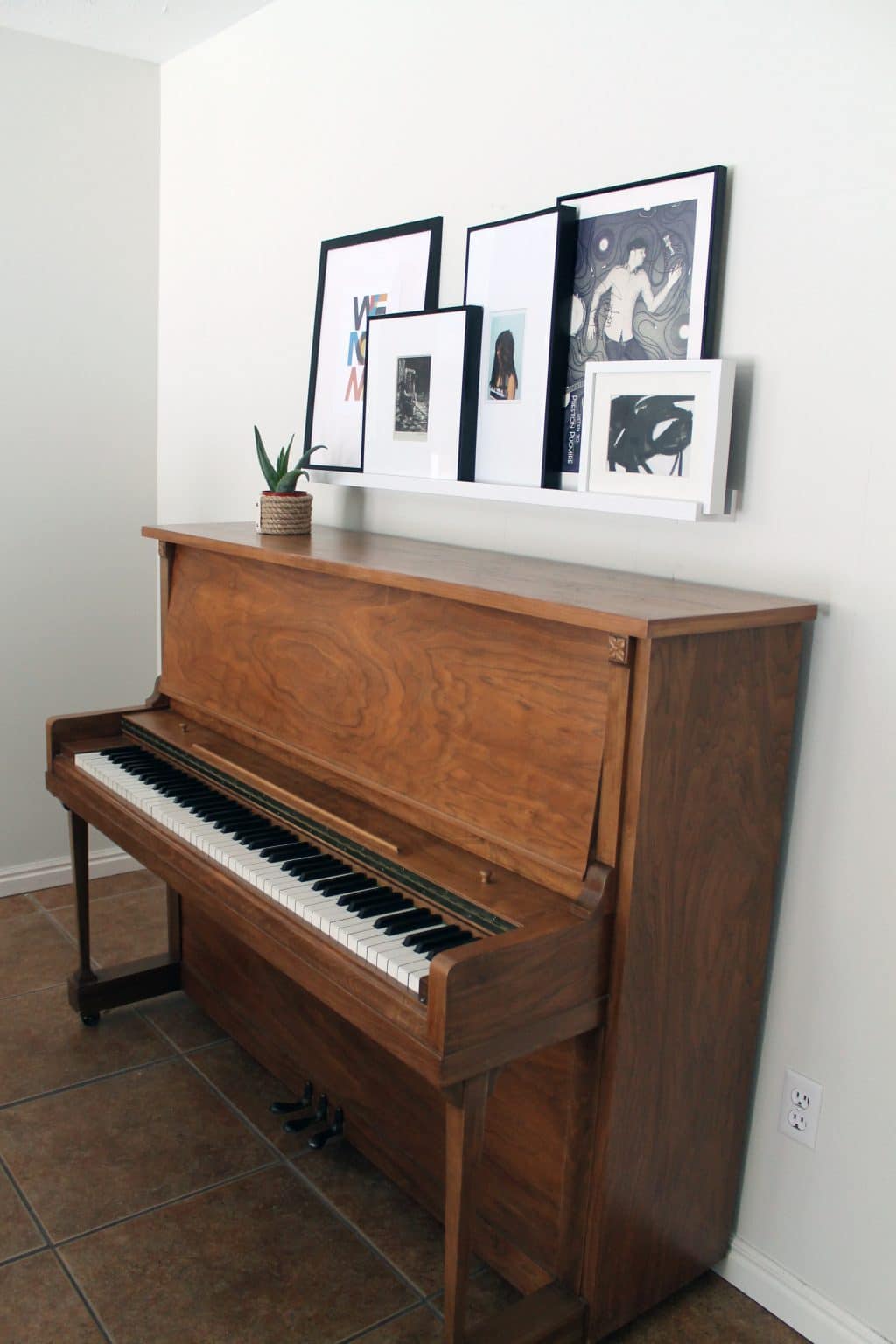 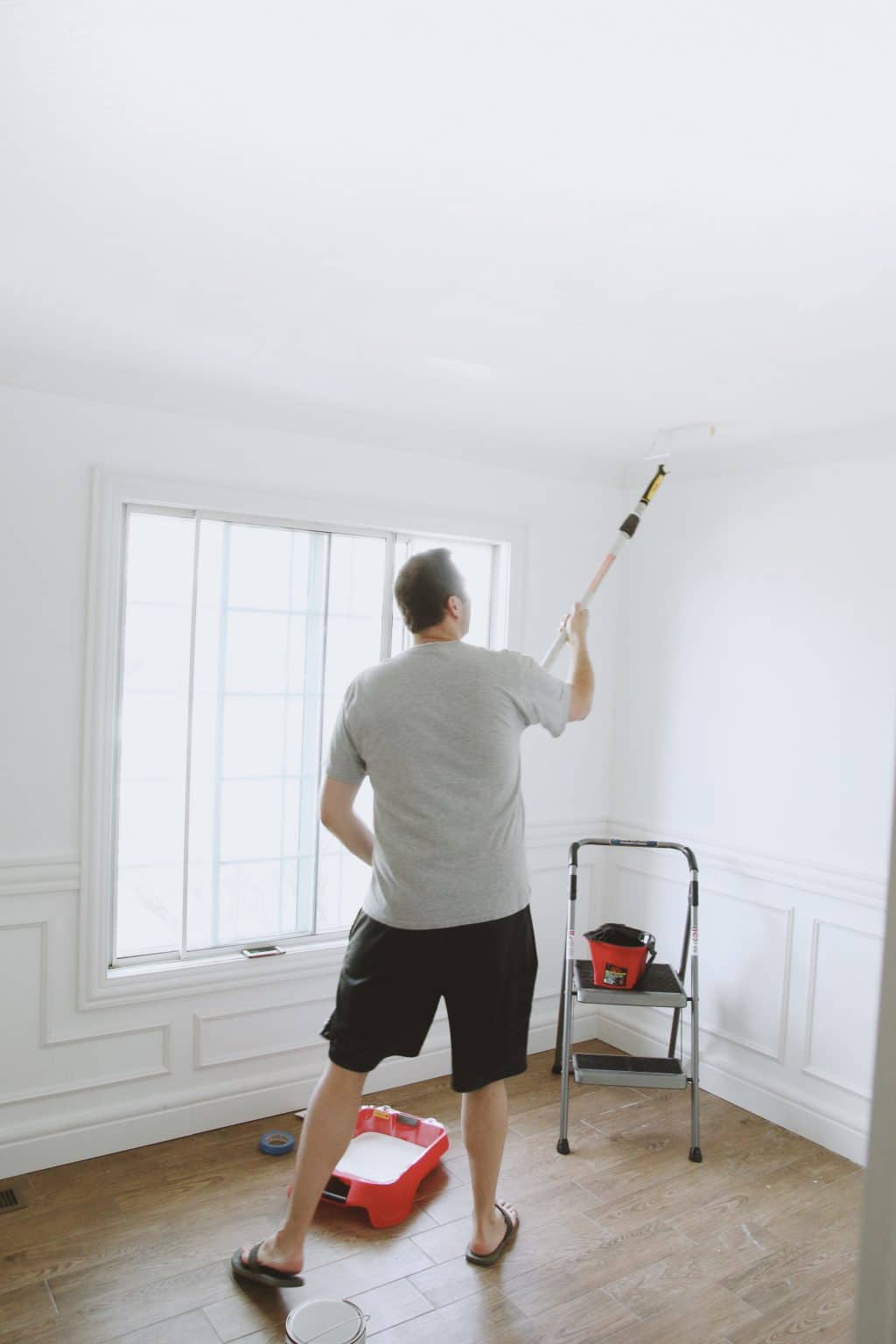