TOP
Do you see that biggish tree in our front yard? It is surrounded by a bed of 3 tiger lilies and it is my job to keep that area weed-free. 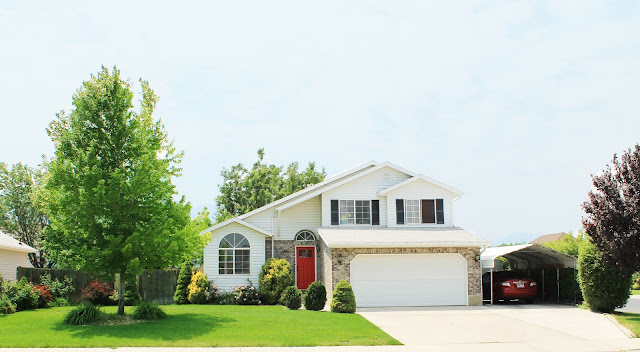 Normally, I don’t mind weeding at all.  Greta runs around the yard and anytime I find a little potato bug, she wants to hold it.  But this bed, is impossible to keep clear. The previous owners had put down a layer of the black weed-blocking fabric and then covered the whole thing with rocks–which seems like it would prevent the weeds, but I’m telling you–it has not.  Obviously. 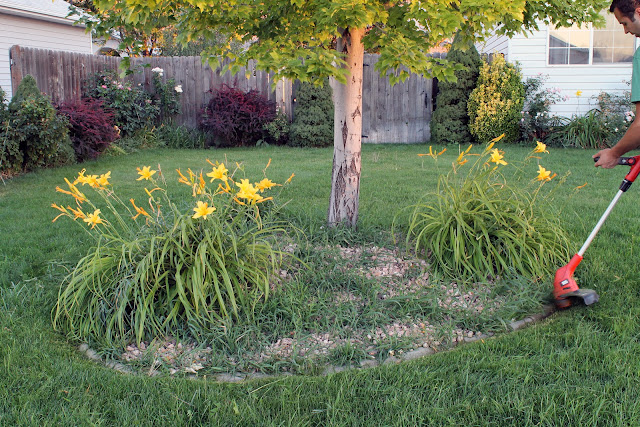 Also, we really hate the rocks. Not just for looks (we really prefer a dark mulch), but when the rocks escape this bed–like they do–and end up in the grass and then in the lawn mower, that. is. scary! So that evening, while I was waiting on Chris to finish trimming so I could mow (we love that system), I decided I would remove the rocks and get to the bottom of this weed problem. 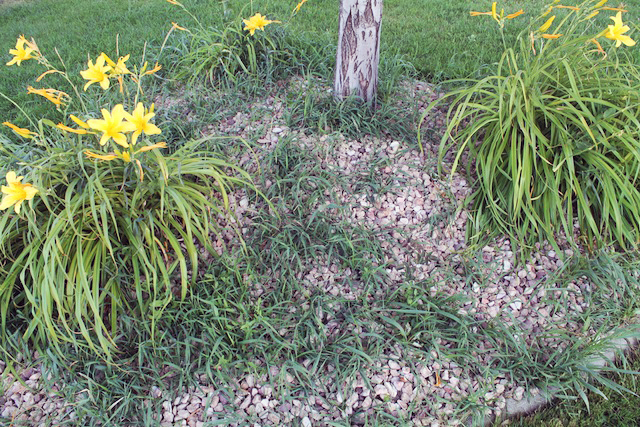 I honestly (seriously) thought it would take me an hour tops to remove all the rocks.  Chris laughed and said, “That’s a two-hour job, babe.”  And we were both wrong.  The next morning, I still had barely made a dent in the project. 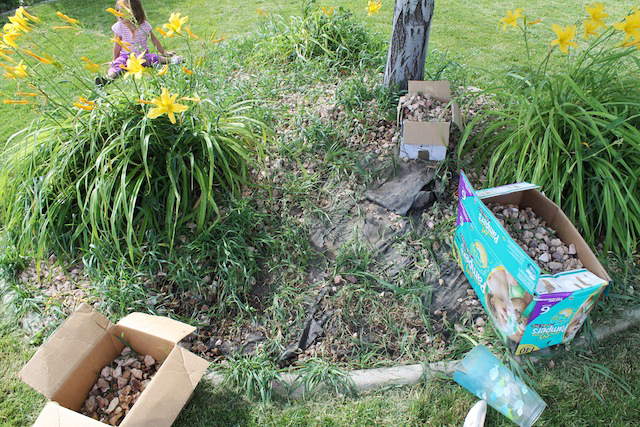 For reference sake, you can see how much of the bed I still had left, below.  Greta and I continued to hit the rocks with all of our spare time and this morning, we (she helped as much as a two-year old could) finally were at a point where we could peel back the black lining and get rid of that, too. 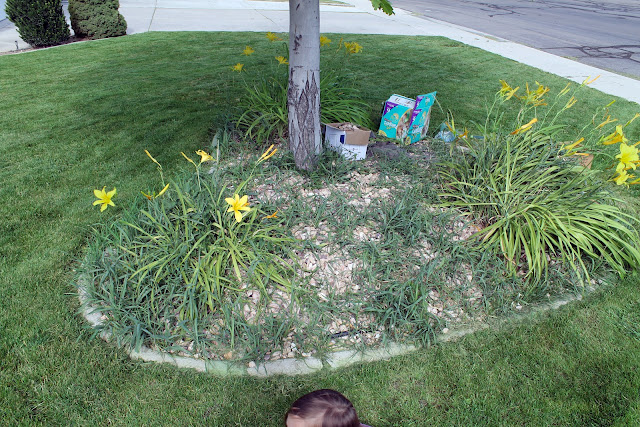 And therein lied the problem.  Multiple layers of black weed-blocking liner with nests of tangled roots.  No wonder weeding this bed felt like a never-ending task, the roots had found there way through multiple layers and the rocks and got all intertwined in the meantime. 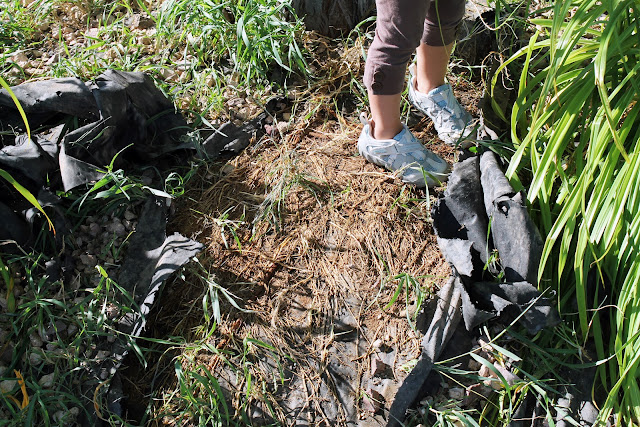 As I much as I wish I had an after picture to show you of our weedless, mulched tree bed–I still have at least 2 more layers of black fabric and roots to sort through.  Le sigh. 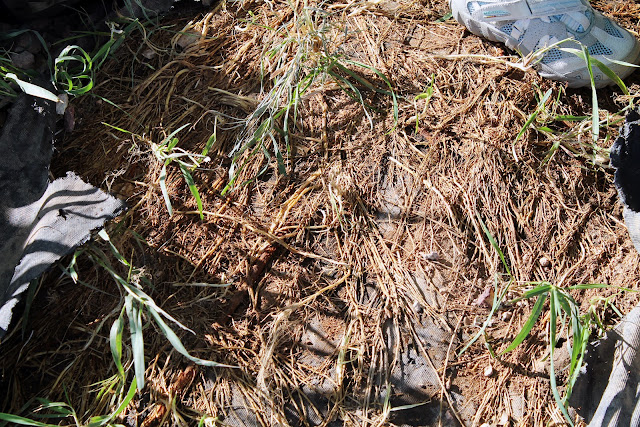 My heart skipped a few beats when I first peeled back the liner, and now I only feel frustrated.  Is it weird to feel frustrated at roots?  Although I suppose the only appropriate thing to be under, what felt like, a bottomless rock pit, would be a bottomless root pit.  Needless to say, I won’t be laying any fresh weed-blocking fabric.

The Decomposition of Our Living Room. »