TOP
We needed nightstands, bad style.  We had one that we had been using on my side of the bed (I always claim the side away from the door) that was actually used as an end table in our last apartment.  It is from Ikea and too tall and looked a little pinkish against the gray-brown walls.  And we only had one.  We thought about forking out another $79.99 for a second one–but that didn’t really make much sense if one wasn’t jiving with the bed and paint color.  The search continued.  The problem is, nightstands are not cheap–but, we are. 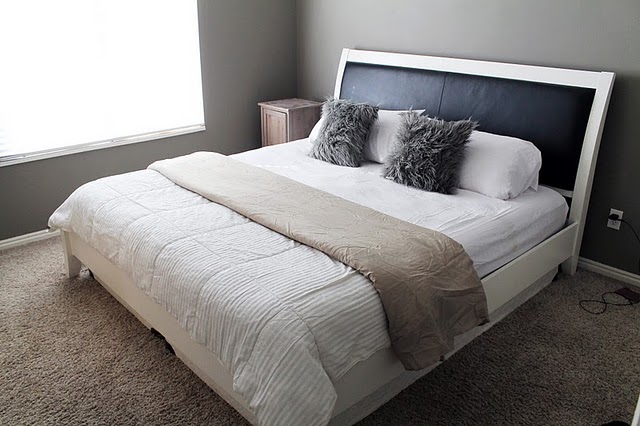 We thought about putting a couple of small floating shelves on each side of the bed.  One for a lamp and a second shelf or basket underneath for storage, like this picture: 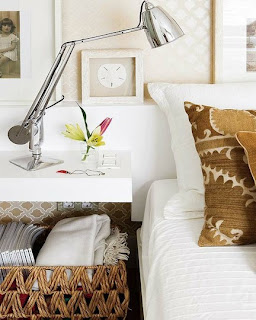 But most floating shelf options that we looked at had a weight capacity of 7 lbs–which would be fine for a lamp (I think…we haven’t gotten that far), but not fine with a toddler pulling down on it which would inevitably happen.  So we passed on that idea, but I still gawk at that photo.  Lovely solution.  Next I turned my attention to the online classifieds here in Utah (KSL.com).  There was a plethera of nightstands, but all the dimensions and/or prices were too high, or there was only one for sale.  Then, I found it:

The dimensions were perfect and the price was right.  The lady selling them said they were about 50 years old and Chris wasn’t crazy about the look of them in the pictures, but I assured him I could refinish them if he didn’t like them once we got them home.  We went and picked them up last night.  We were stunned when we saw them in person.  They were gorgeous.  And heavy.  And sturdy–and had to be worth WAY more than $12.50 a piece.  We just smiled and put them in our car as fast as we could, paid her and bolted before she changed her mind. 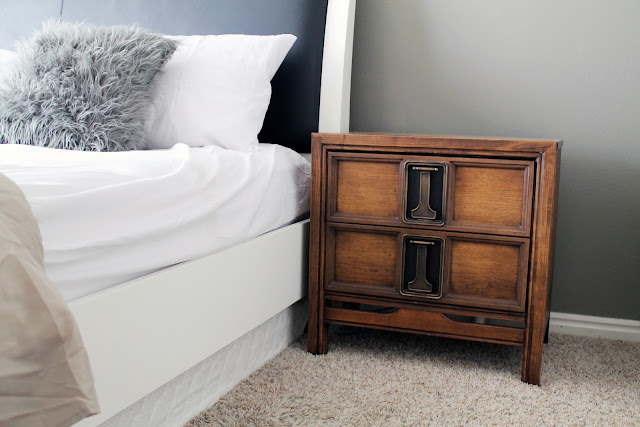 After putting them in place, we concluded not to touch them at all.  They are just too pretty in their natural state.  I saw a stamp on the back that said it was “Inspected.  Ayers Furniture.”  I googled around and found a similar (but not nearly as cool) Ayers nightstand going on Ebay for $299! 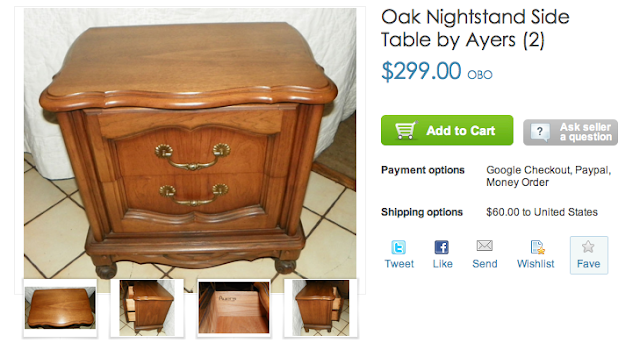 Alas, I am not going to sell them.  Instead, I’ll count myself one lucky duck and enjoy our steal-of-a-nightstands….which would be a little easier if we had lamps. 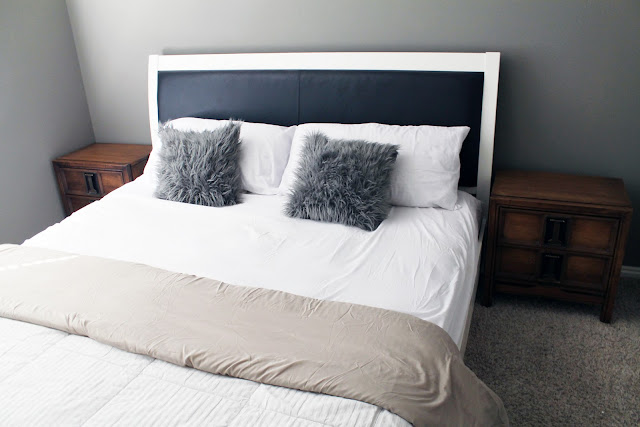 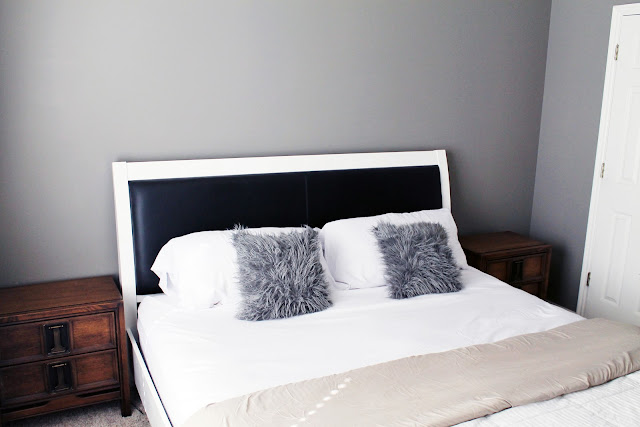 The Steve Buscemi’s of Lamps »