There are lots of ways to cook a ham. By far the most popular Christmas ham is a baked, spiral-cut ham with the bone in, coated with brown sugar and/or a range of spices. Why wouldn’t this be the favorite? It’s delicious. But for my ham this year, I decided to try something a little different.

I love slow-cooked pork roasts. Not necessarily slow-COOKER, pork roasts, though you could use a slow cooker for this if it were large enough. But a pork leg or butt cooked low and slow, for hours and hours, until the meat is fall-apart tender. I just love it. And the leftovers are so versatile – barbecue sandwiches, tacos, breakfast hash. So I thought, why not try that with a ham? So I did. Spoiler alert, it was pretty awesome. Check it. 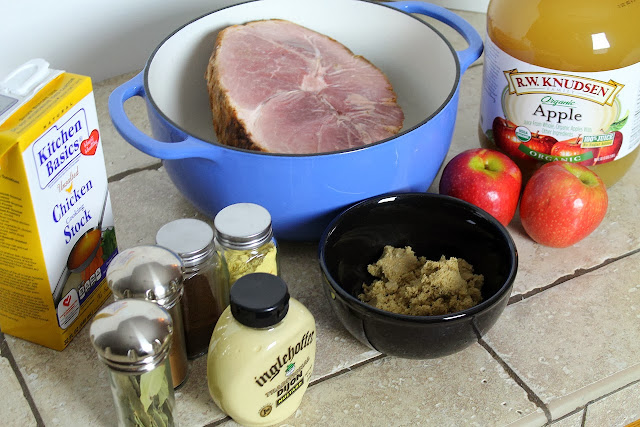 Here’s what you need:

Mix everything except the ham in a pitcher or something. Put the ham in a lidded pot deep enough to hold the entire thing, then add the liquid until the ham is almost covered. 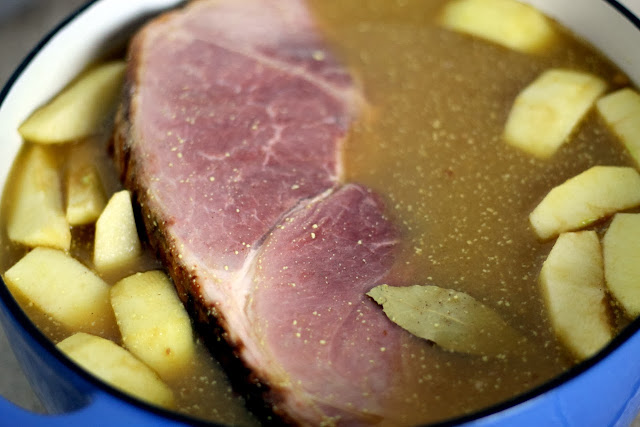 Cook the ham, with the lid on, in a 250 degree oven for 10 hours, flipping the ham at about 5 hours. Once done, remove from the liquid and wrap in tin foil, adding a ladle or two of the cooking liquid before sealing up the tinfoil. Use multiple layers so, if one layer is punctured, you don’t get liquid spilling everywhere. Let the ham rest in the tinfoil for an hour or so, then serve. It will still be warm. 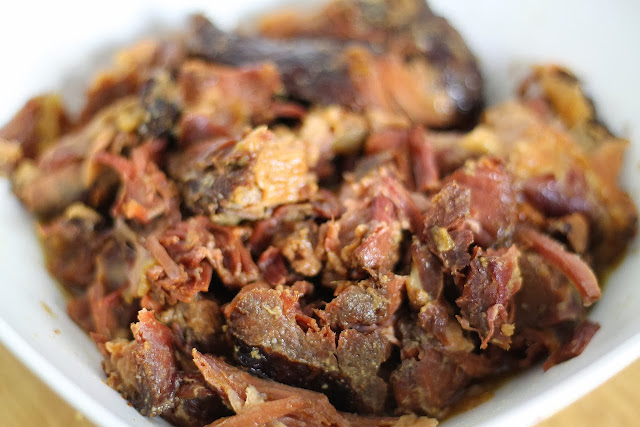 This is not a traditional ham. I know. But this ham shreds like pulled pork, is sweet, bursting with flavor, and the cooking liquid makes a great dijon gravy or sauce to go with it.

How do you cook your ham? Classic roasting? Maybe smoked? Let me know the deets, and perhaps even consider giving this non-conventional version a try.

« The Art of Gift Hiding

Gift Guide for the DIYer + Home-Lover » 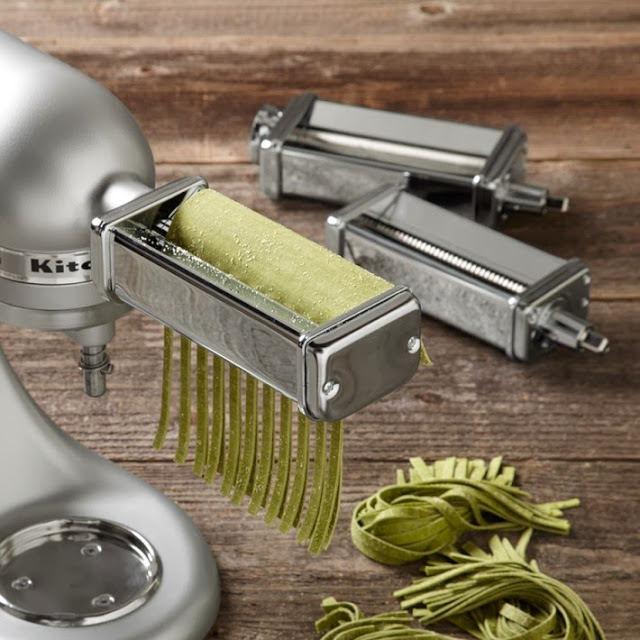