Cinco de Mayo is this weekend. Now there’s an obscure holiday. I have no idea why it’s a holiday, and I’m not even interested enough to do a Google search. All I know is it’s an excuse to make sweet pork barbacoa, so felicidades!

I have a couple versions of pork barbacoa, but I think this one is my favorite. Secret ingredient? Pepsi.

We’re actually not big pop drinkers, and neither one of us drink caffeine. So I used caffeine-free Pepsi, but you could use Coca Cola as well, if you wanted. Check it.

Here’s what you do:
Steep the guajillo peppers in your hot water for a few minutes. Add everything to your blender, plus about 1/2 cup of the water the peppers were soaking in. Blend it up until it’s really smooth.

When the chili sauce is done, transfer it to a bowl and add:

Whisk that all together until the fizz kinda goes away. Put a little of the liquid in the bottom of of a pot large enough to hold your pork, set the pork in the pot, then pour the rest of the liquid over the pork. Also add: 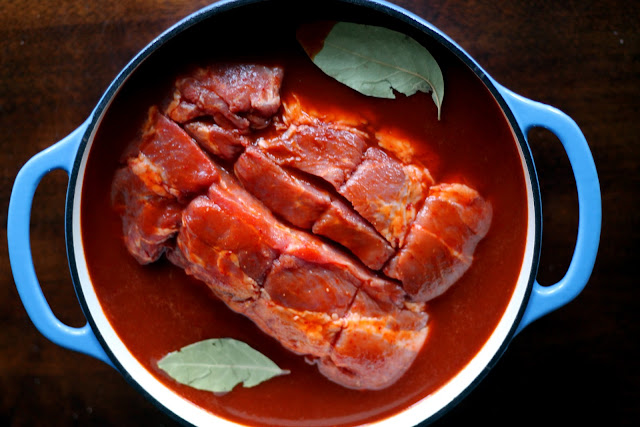 Cook overnight at 300 degrees for 8 hours. I put everything together in the pot, then stick the pot in the oven and set our oven on a delay to start at 11pm. That way, when I wake up the next morning, it looks like this: 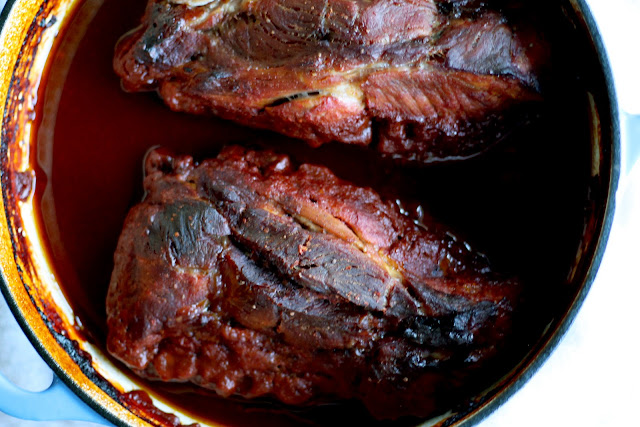 Now you tell me, what are the odds that isn’t delicious? You can see the sauce has reduced down almost to the point of being a syrup, and it’s packed with flavor. One thing to note, though, is that pork shoulder has a lot of fat in it. This makes the meat super tender when cooked for so long, but that liquid it’s sitting in has about 1/4 of an inch of straight grease on top. So I remove the meat and put it in a container in the fridge, and put the liquid in a separate container in the fridge. Be sure the meat and liquid has cooled down at least a little, or it will warm up the inside of your fridge and make your milk taste weird.

After the meat and liquid sits in the fridge for the day, I come back and the fat has all solidified on top, and the liquid has pretty much turned into gelatin. Skim the solidified fat, and warm the once-liquid-now-gelatin stuff until it’s liquid again. Don’t get it hot. Just warm. Pull the pork by hand, remove as much fat as you possible. Add the liquid to the pork, toss around, and done-zo.

I neglected to get a picture of the finished, pulled pork. But you’ll see what it looks like after you make it. And you can use this barbacoa for all kinds of stuff – salads, tacos, enchiladas, nachos, sandwiches, or just eat it by itself. And if you’re wondering about the spice level, don’t. Guajillo chilis are very mild (not even as hot as a jalapeño).

Welp, hopefully you enjoy your “mostly normal with maybe a couple more sombreros than usual” weekend. We’re planning on making tacos with our pork tomorrow, then Saturday we have a cooking class in Park City we’re hittin’ up. Gonna get my Thai on. I promise to give a full report.

How To Stain A Concrete Patio » 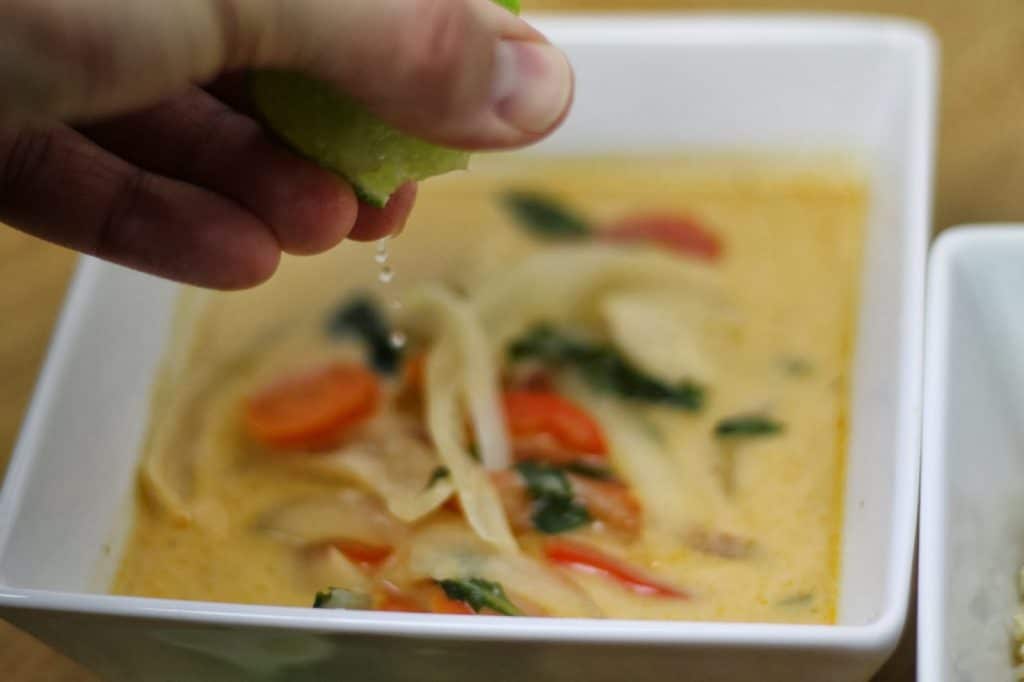