TOP
This post is a little late. Camera problems. Busy problems.  But I wanted to update you on our weekend. Saturday we had two showings.  We haven’t listed our house yet because we still felt like there were things that need to be done, but word got out that we were moving and a couple people from the area were interested in the house.  I think that’s all I can say right now.  One couple was very interested. Let’s not jinx it.  More information later this week, hopefully.
Anyway, before the showings on Saturday, we knew we wanted to finish up the master bathroom–bathrooms are big selling points, and although ours wasn’t new–there were a few things we did that made it look drastically better. We painted the walls and vanity and added some hardware, which did wonders.  But the floor was still ba–ad. 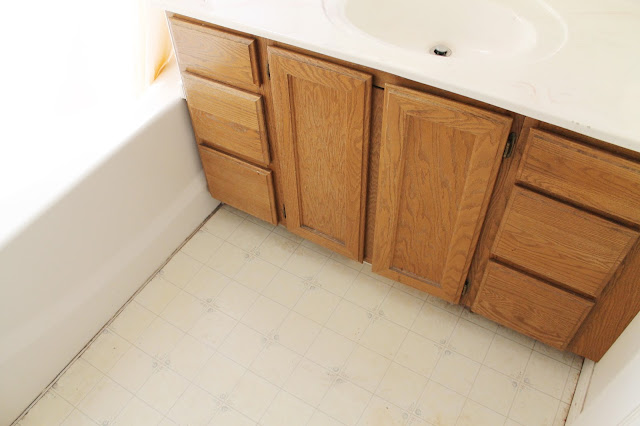 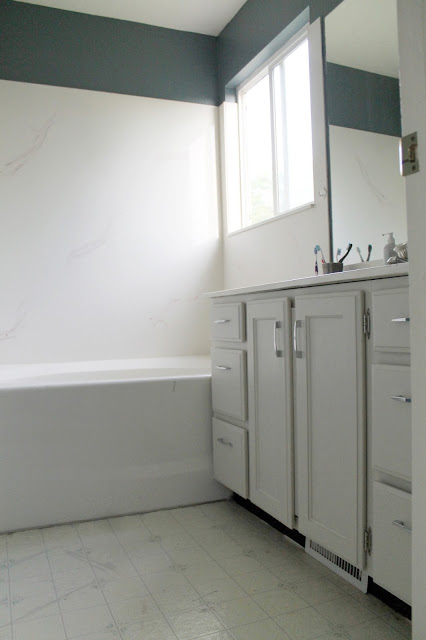 We picked up 46 square feet of these slate-looking peel and stick vinyl tile for both bathrooms and went to work Friday night. 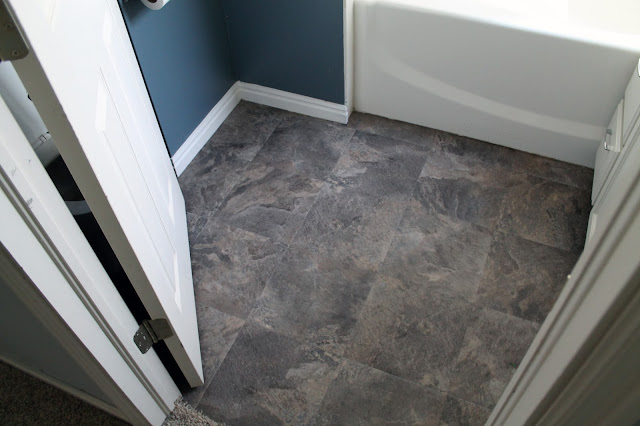 You could grout the tiles to make them look even MORE real, but we were happy just laying them on the existing floor right next to each other. 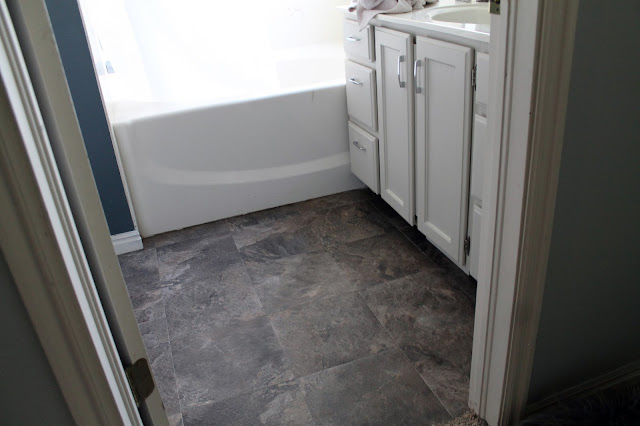 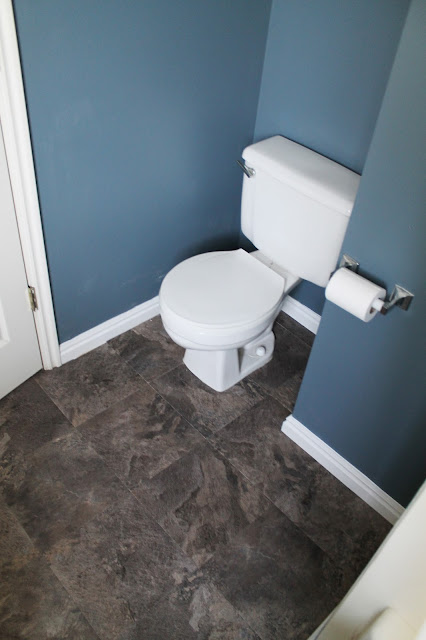 The difference is pretty great for just over $1 a square foot.  We also did the other bathroom, but that’s where the “camera problems” creeped in.  More later!

Tips For Cleaning Up Your Exterior » 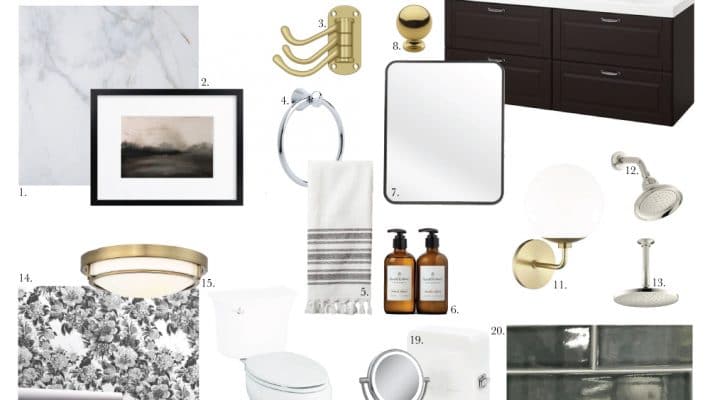