Replacing our chandelier in the dining room has been on our list for awhile.  We DIYed this Moooi Random light knock off last year, and since then–a lot of other people have had great success in making their own, too.  We contemplated giving it another shot since hearing we may have better luck using wallpaper adhesive instead of mod podge and corn starch, but we decided to go in a completely different direction. 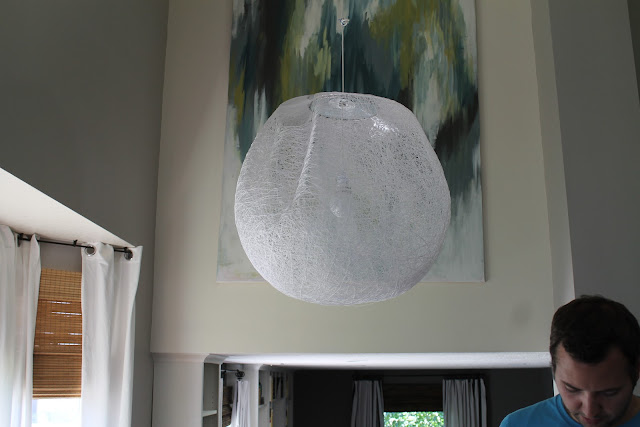 A couple weeks ago, we let you know we were on the hunt and even shared with you some favorites that we had found around the web.  One by one, we crossed them off because their length was too short or their style was a little too industrial for this house.  A few days after we got the news that our then favorite chandelier was not able to be lengthened–or could, but the price would be astronomical, I found this guy on Overstock.com:

We loved the finish, the tiers, the price and the chain was plenty long enough for our super vaulted ceilings. I sent the link to Chris and he liked it too, so without hesitation, we ordered it.  It came last Thursday, and we spent Saturday afternoon installing it, which first required uninstalling our DIYed fixture. 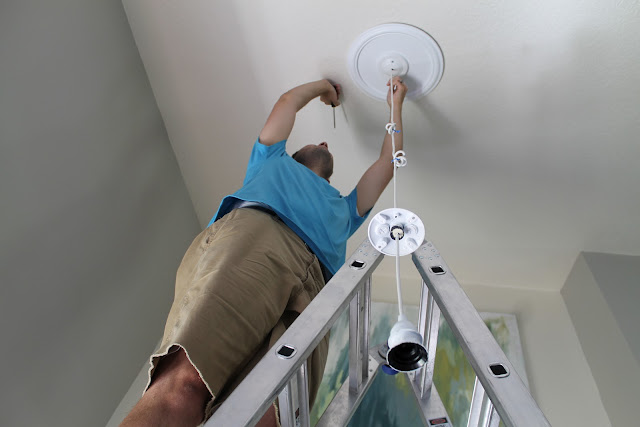 When we first moved into the house, the brass and plastic chandelier in place was completely off-center and we temporarily remedied that by putting the big ceiling medallion up there to hide the difference.  Our new chandelier is a whopping 55 pounds and we knew no medallion could support that.  So we had to make a new hole for the light and move the electrical box over a mere 7 inches.  7 inches off center.  Le sigh. 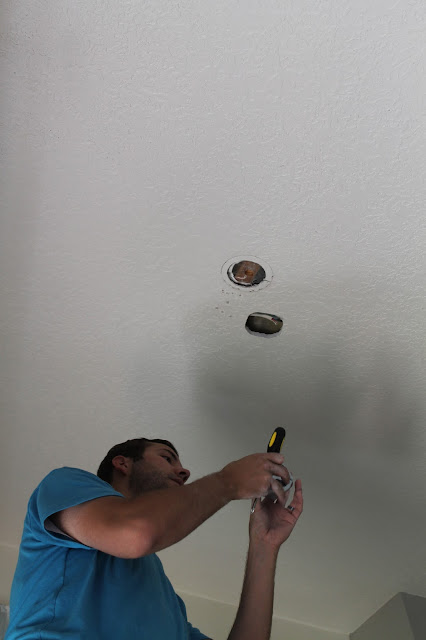 This is the part where I get really grateful for Chris.  For knowing how the heck to move electrical…stuff and also to be brave enough to do this: 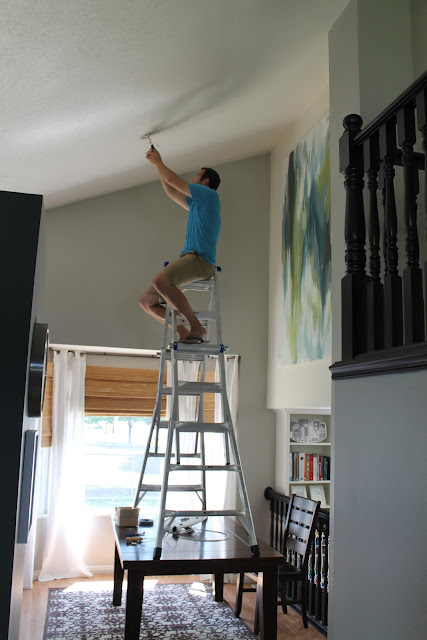 Which definitely isn’t safe or recommended, but he did it.  It worked.  And he survived.  Woot. While he was up there in the sky, he also attached this safety brace, which is actually made for ceiling fans, but since our new chandelier is so heavy, it works as an extra support in between the beams for it, too. 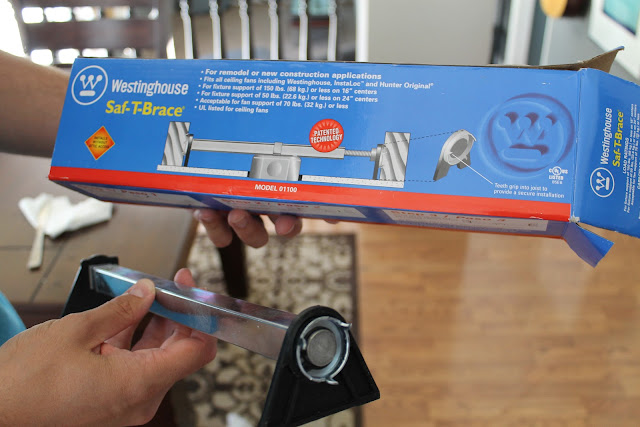 Then it was finally time to hang it.  This part required me to put down the camera and hold a 55 pound object above my head for an eternity a few minutes.  I was shaking and doing a few “hoo hoo hee’s.” 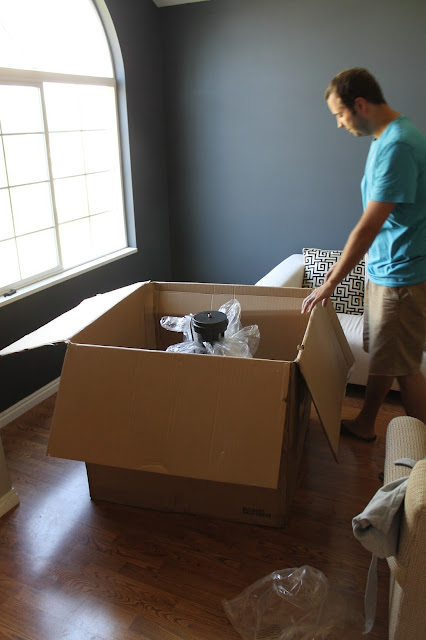 So although I don’t have any in-progress pictures, I do have a slew of after photos which is what you really want to see anyway, right? This is when I say, “Pictures don’t do it justice.”  Which is especially true when I am behind the camera, but I hope you can see how vast of an improvement it is anyway. 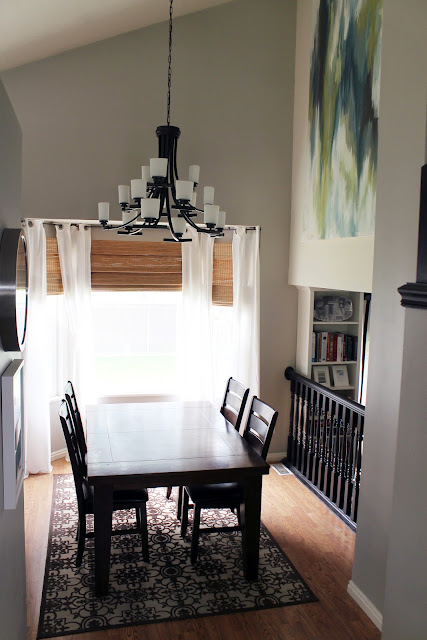 We love all of the tiers and the cool-shaped shades: 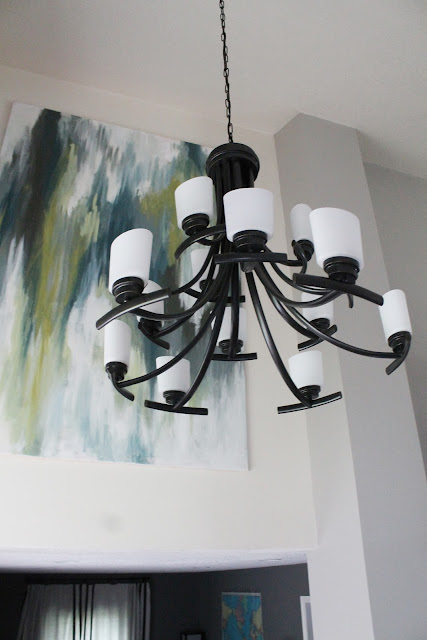 And from underneath, it makes a lot of disconnected circles which are really interesting. 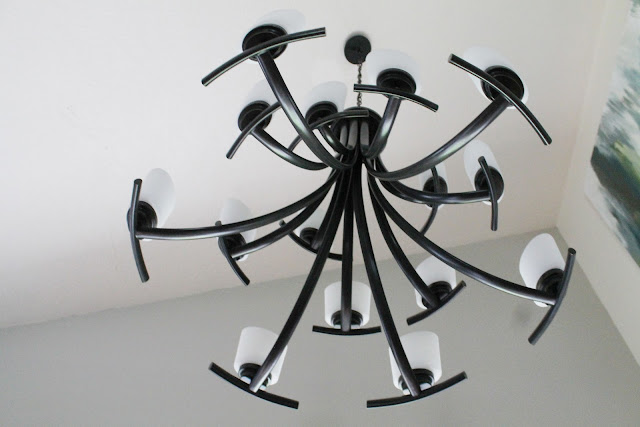 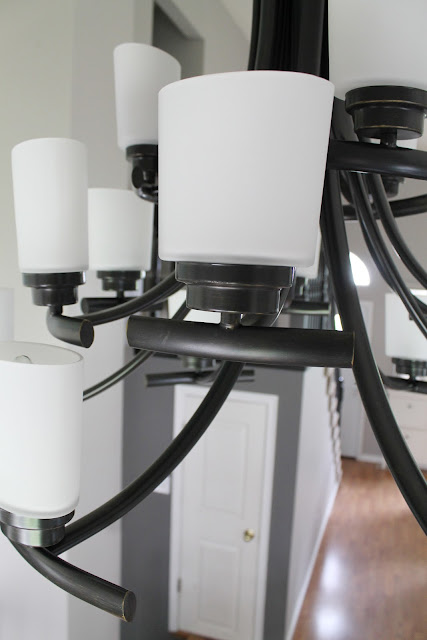 But what we love most, hands down, is all the light it gives off.  It shouldn’t have come as such a surprise going from one bulb to 15–but it was–and it is the best having such a great and even source of light. 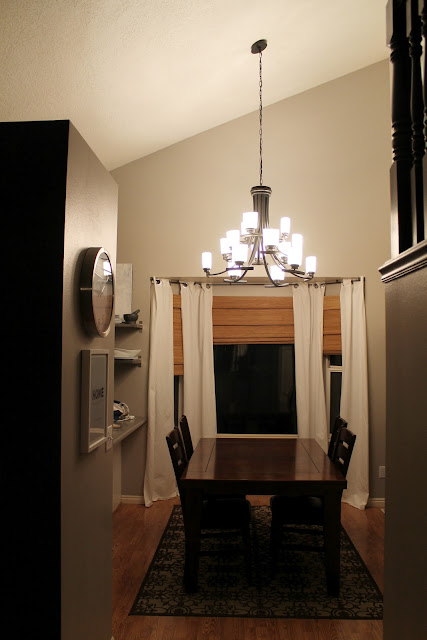 It’s a little quirky, but still feels classic–which is our idea of good.  Now bring on the well-lit dinner parties! 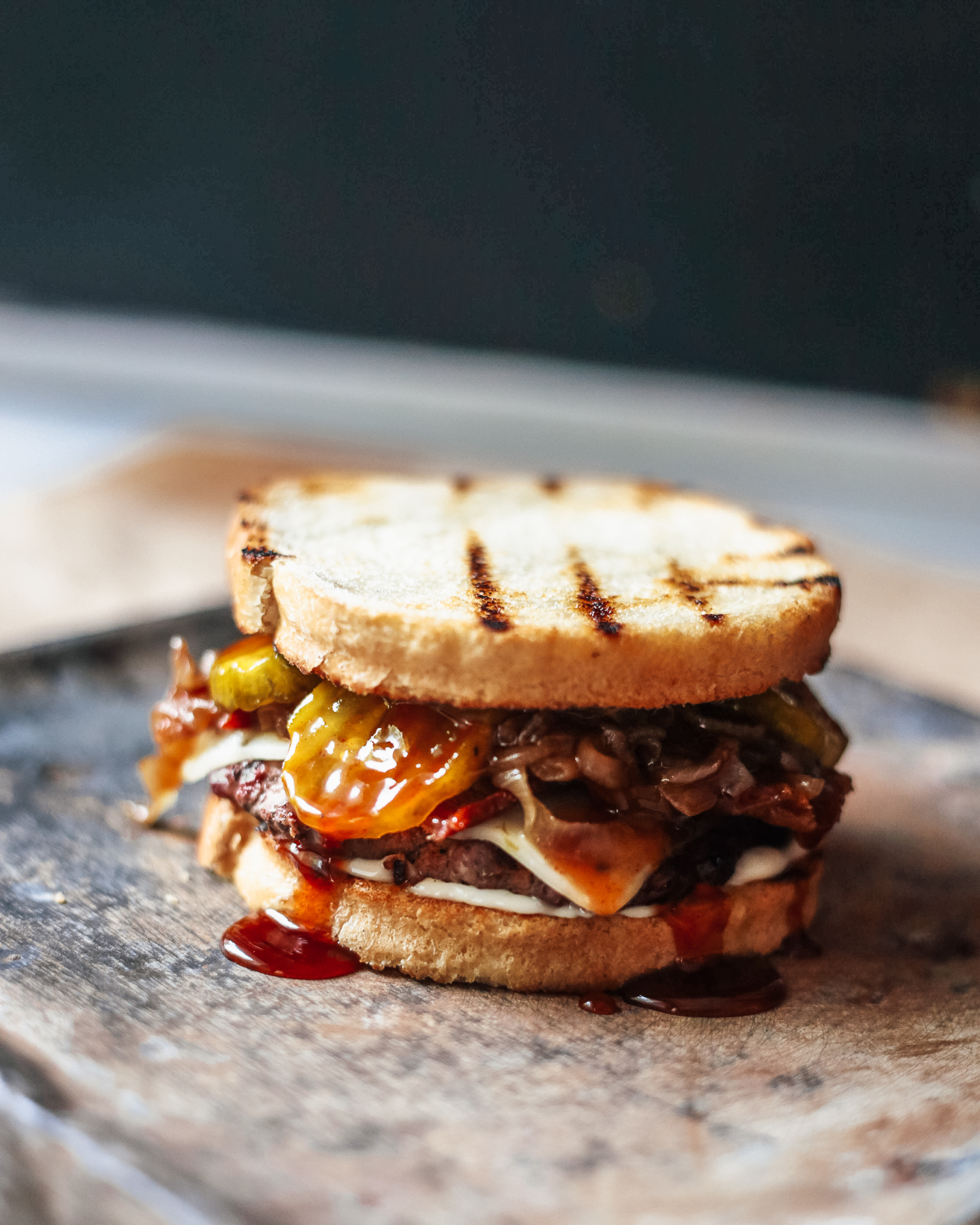 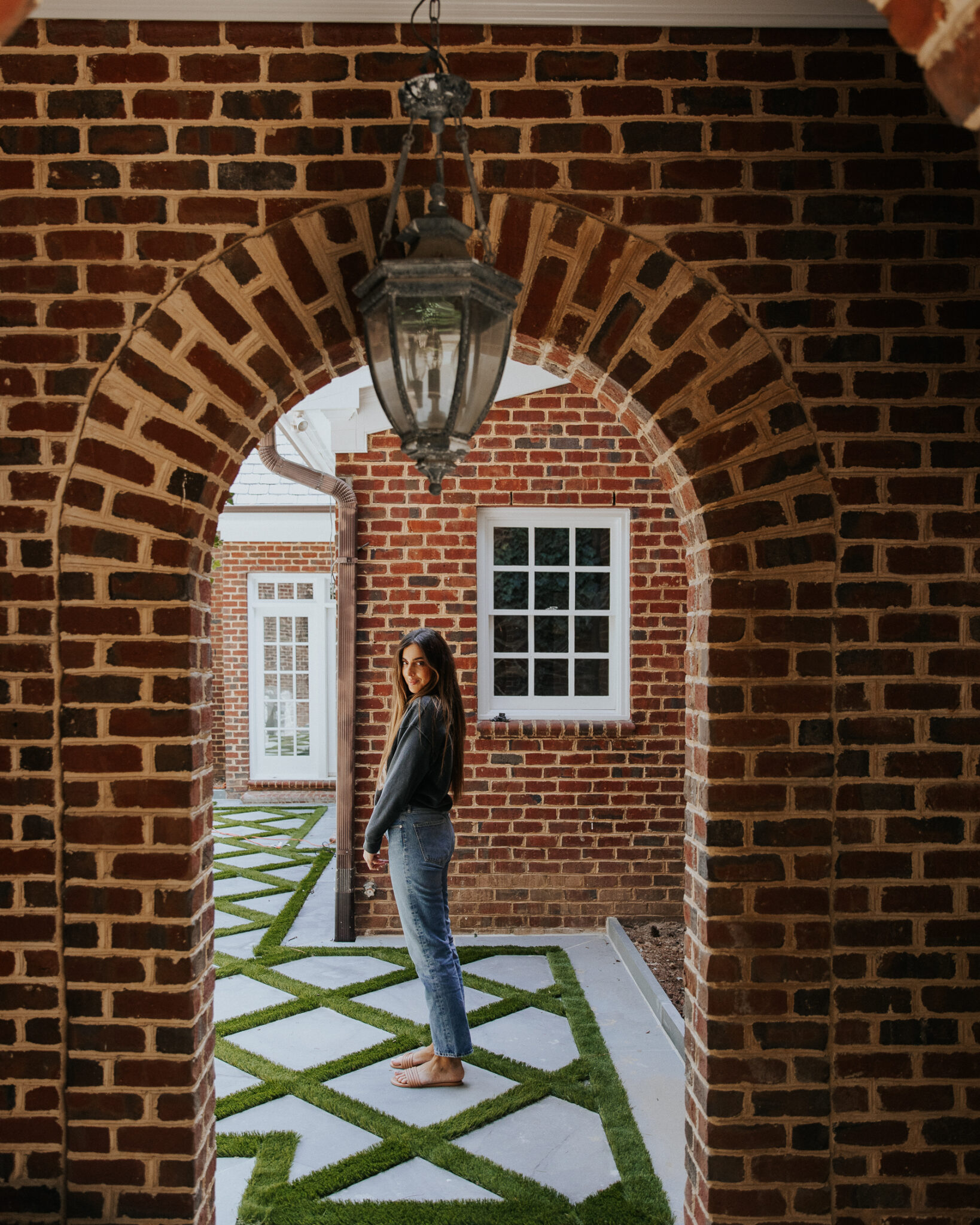