Lobster Rolls – Plus, How to Grill Lobster Tails

Lobster isn’t a common dish in our house. In fact, Jules has had it one time in her entire life – last night, when I made these lobster rolls. She was a little nervous, because she only sometimes tolerates shrimp (which you could use for this dish, instead of lobster). I assured all would be well, and went for it. Lo and behold, she dug it.

A traditional lobster roll is served in…well… a roll. Like, a kaiser roll, or a dinner roll, or a hot dog roll. Since we’re eating mostly gluten free, we chose the lettuce route, but you can use whatever you want. If bread is more your style, go ‘head. Here’s what you need:

Mix the ingredients for the dressing together and set in the fridge. Next, cut your lobster tails in half and clean them. A lobster tail is essentially a giant shrimp, meaning it has that “vein” thing down the middle that is filled with poop. Nobody wants to eat that. Remove that junk, rinse each piece well, making sure there are no shards of shell hanging around. Put the tails in a bowl or ziplock bag and toss with oil, a pinch of salt and pepper, and about a teaspoon of dried dill.

If you’re going to eat lobster straight out of the tail, I suggest a wet cooking method like steaming, boiling or poaching. For any use where you’ll be chopping the lobster up, dry heat like grilling or broiling is a great way to go. Grilling lobster is really simple, and only takes about 5 minutes. Crank your grill up to high heat and close the lid. Wait for the grill to get to at least 500 degrees, then lay the lobster on with the shell side down. 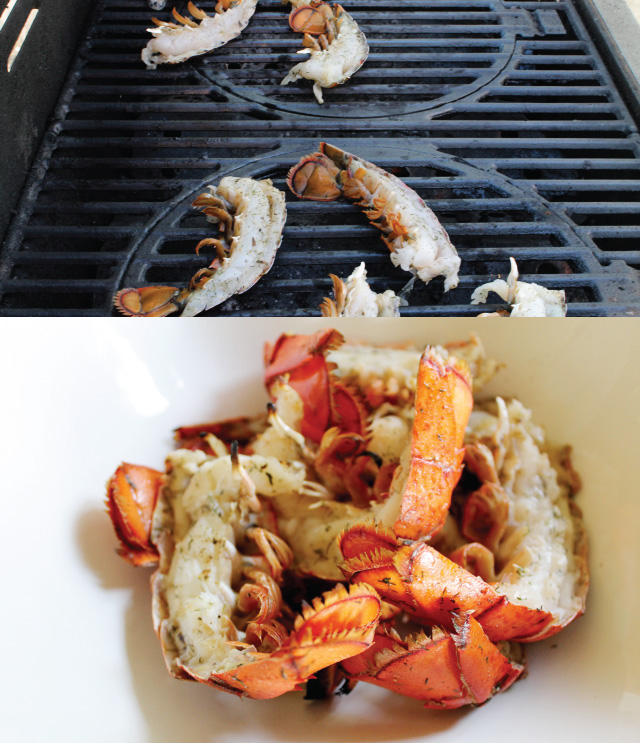 Leave the tails on, shell side down for about 3.5 minutes, then flip so the flesh side is down, close the grill lid and cook for another 90 seconds. Put ice in the bottom of a bowl, put your tails in an open ziplock bag (meaning, don’t seal the bag), set the bag on top of the ice, put more ice on top of the bag, and put that in the fridge. This cools the lobster quickly, stopping the cooking process. It’s called shocking, and usually you just put your stuff straight into a bowl of ice water, but we have some great flavor on the outside of this lobster that we don’t want to rinse off. Let the lobster cool completely.

While the lobster is cooling, combine your chopped ingredients (red bell pepper, cucumber, celery, onion) in a bowl with another teaspoon of dill and a couple grinds of black pepper. Once the lobster is cooled, remove the meat from the shells and chop into medium sized chunks. How big is a medium sized chunk, you ask? Doesn’t matter. Basically just chop it up into pieces that are a size you’d like to eat. Add the lobster to your chopped veggies, some of the dressing (you don’t have to add it all- only add as much as you want) and stir it up. Cover and let sit in the fridge for 30 minutes. Then, put 1/4 cup or so of the mix onto each lettuce leaf and roll them up. If using bread, then I’m sure you know what to do. Voila: 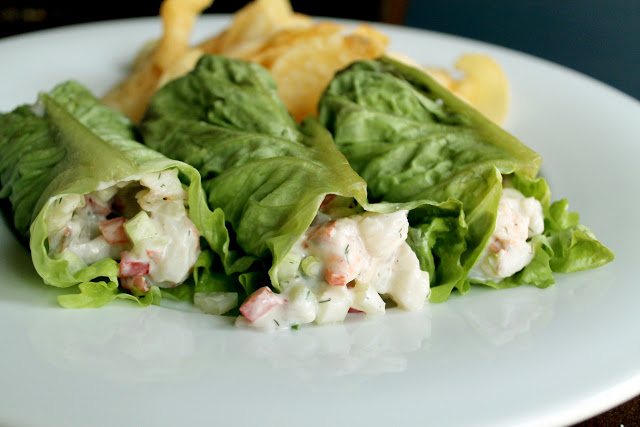 And there it is. Start to finish is about 1 hour and 15 minutes, and I really think you’ll enjoy them. And with the 4th of July coming up tomorrow, you can make these in advance and bring them to whatever barbecue you’re planning to attend, meaning you can let freedom ring all evening long without having to be in the kitchen doing food prep or cleaning up. So get it goin’ and come back and share how it went. If you make changes, share those too! Happy 4th of July, everyone. :) 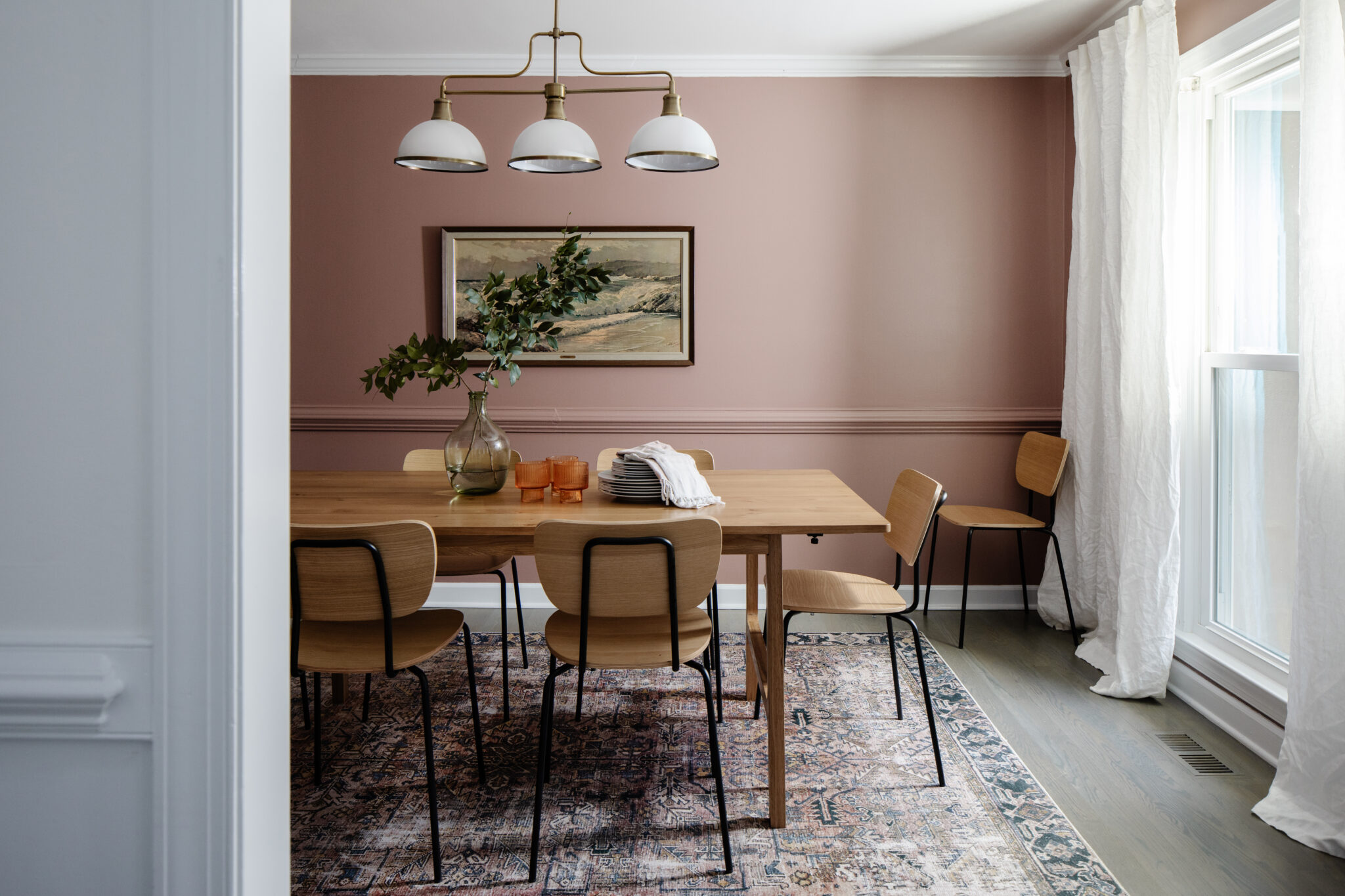