Happy Halloween! If you’ve been following for pretty much any amount of time, you know that Halloween is a favorite around here. This past weekend, we hosted our 7th annual costume party and it was an absolute blast. We originally started hosting a party all those years ago because we wanted an excuse to dress up with all of our friends and every year, I’m reminded of how much fun that is.

This year was a little different. For the first time, we had it on a Friday night (for personal reasons) instead of Saturday and we also asked our guests to bring a treat to share, while Chris made a big pot (okay, 3) of his grilled pork chili, cornbread, hot apple cider and homemade rootbeer. It was significantly less stressful but also about half as many people came–around 100, instead of 200+. It was a much more manageable number and we also hired a high school boy (Preston’s little brother!) to run the camera, so Chris and I could mingle and actually enjoy the party. We’ll do it all the same next year–although likely back on a Saturday. That seems to work better for everyone.

Here’s a few snapshots of the decor around the house. 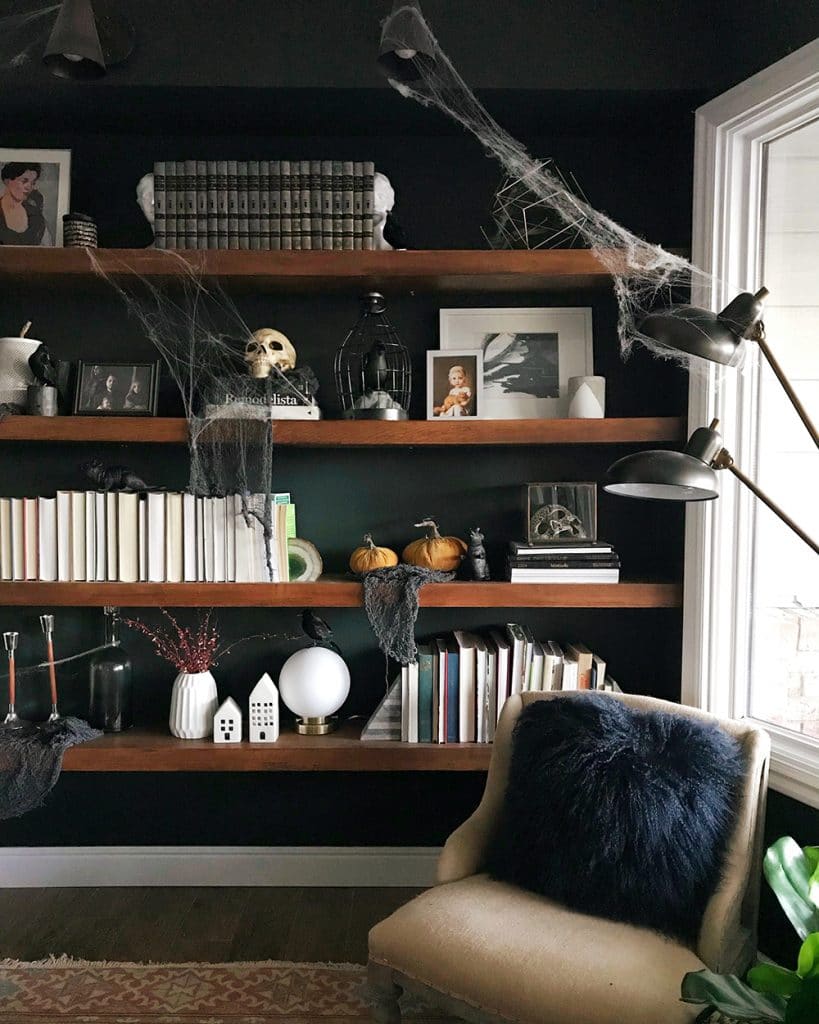 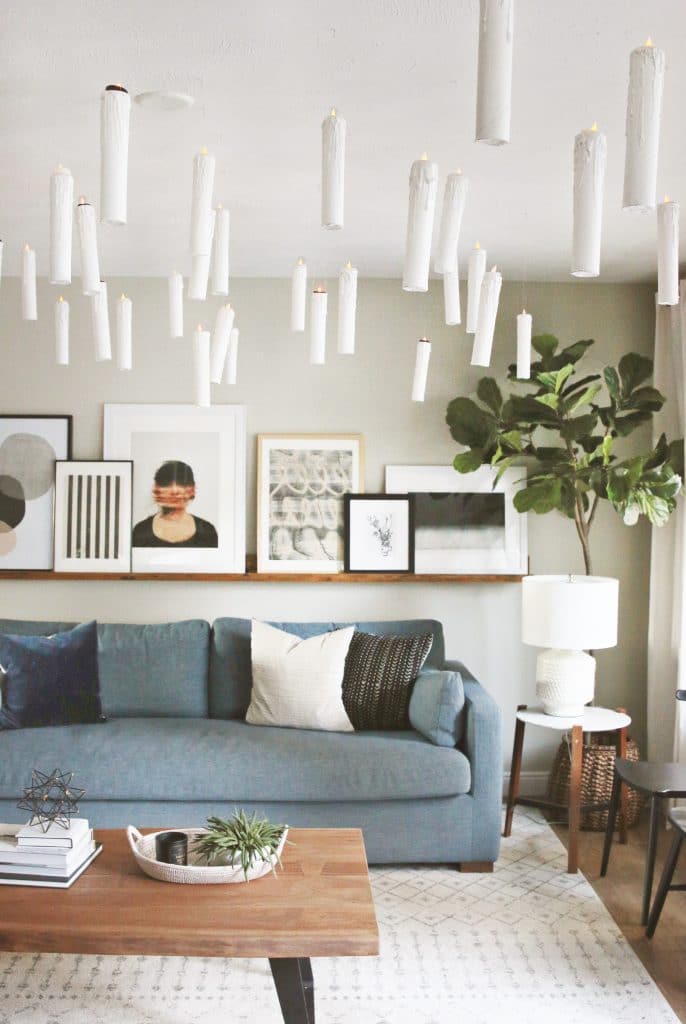 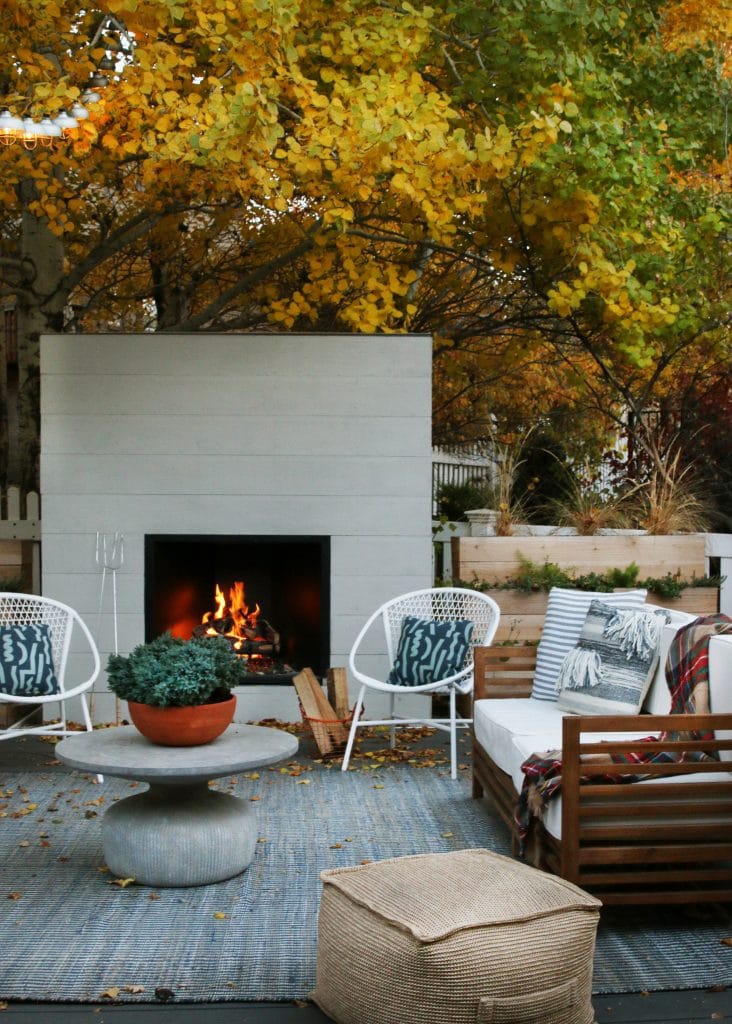 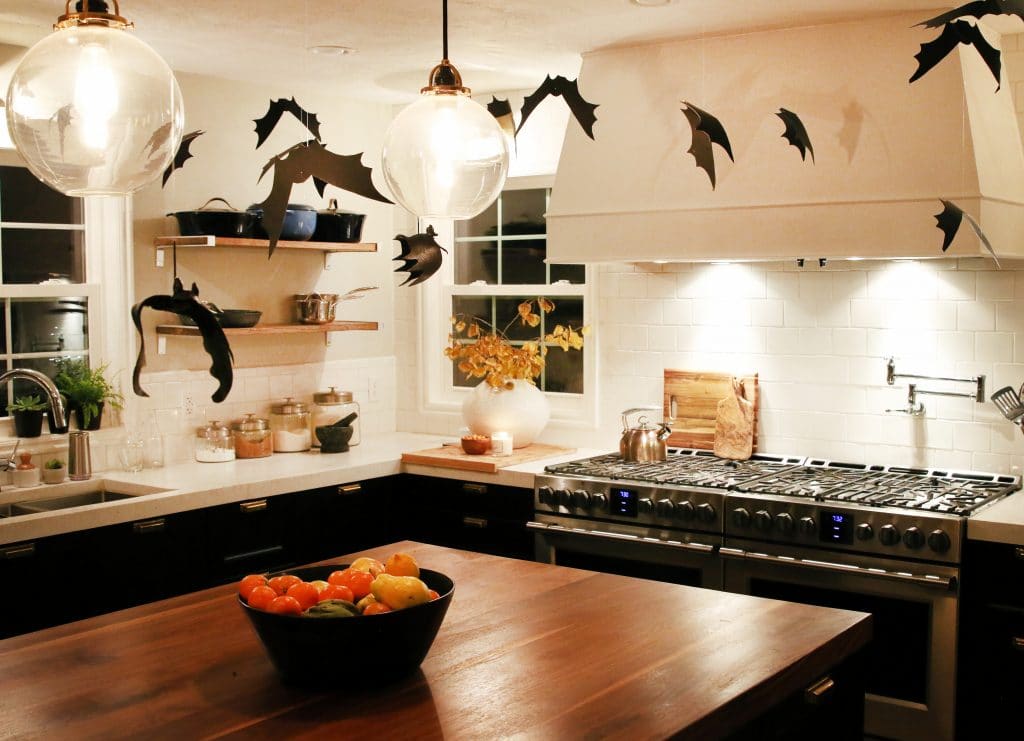 We made the floating candles and hanging bats years ago and still pull them out every year. I also compiled a video of the clips from my Instagram Stories that night, if you wanted to see everything in action.

As you can see, people brought it with their costumes, as they do every year. We also let our girls choose their costumes for actual Halloween, but do a family costume for the invitation. 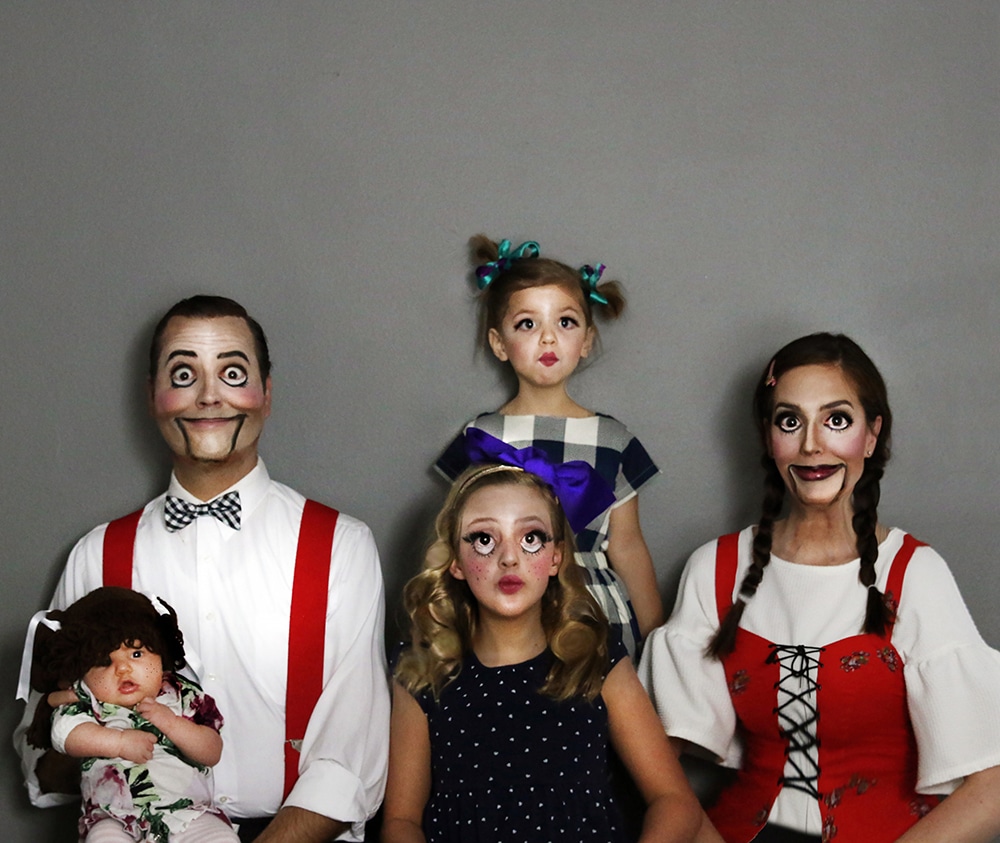 It works well, because Chris and I usually opt to be something that we can throw on in 10 minutes or less since we’re usually prepping for the party down to the wire. This year, we were fencers.

But here are a few of the real stars of the show–our favorite costumes of the night!

1. American Gothic! The frame was such a nice touch. 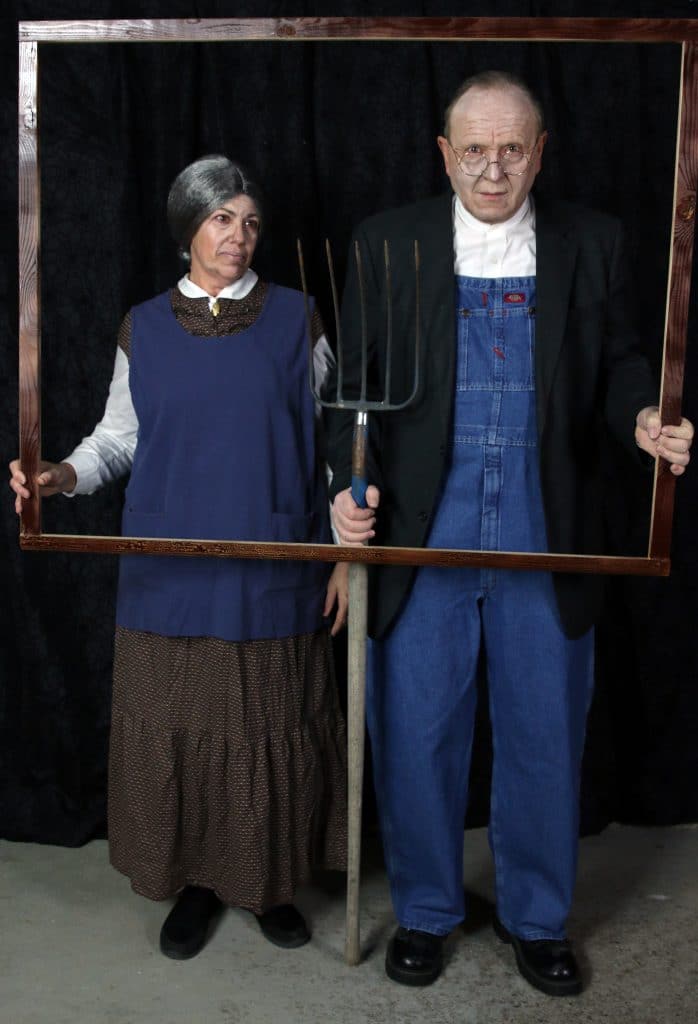 2. Ursula and Jafar (both homemade costumes!) were out of this world. 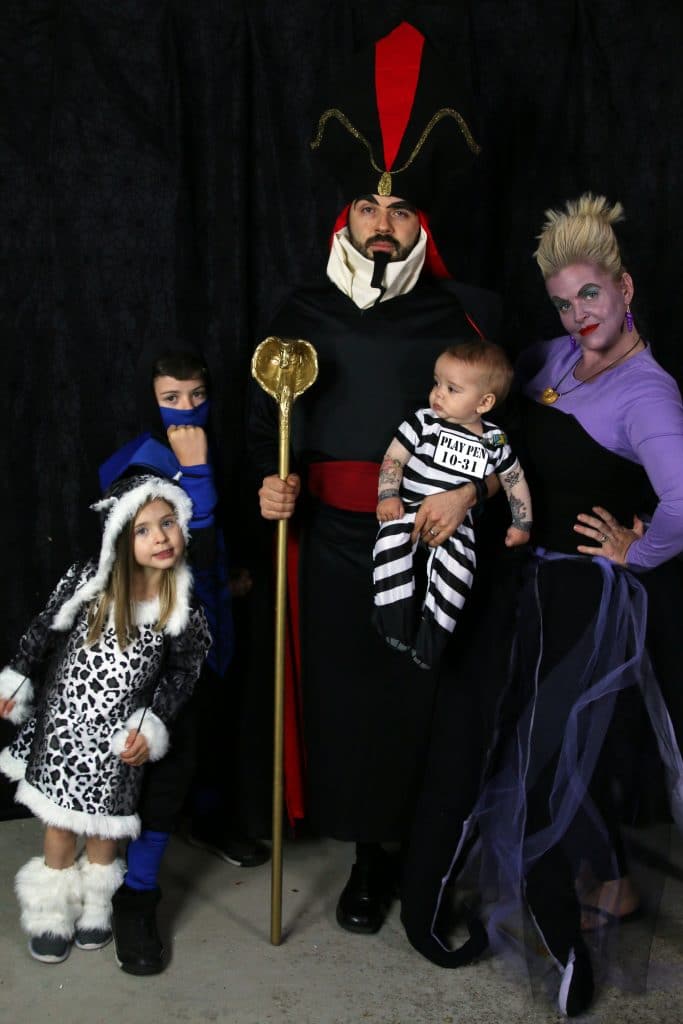 3. The Joker and Harley Quinn! 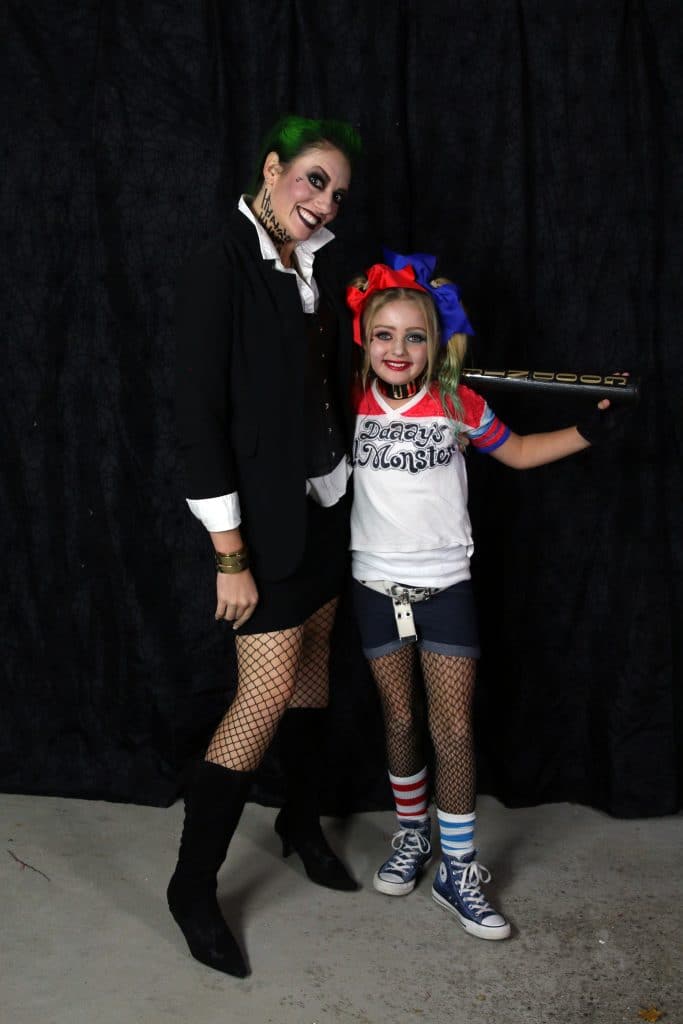 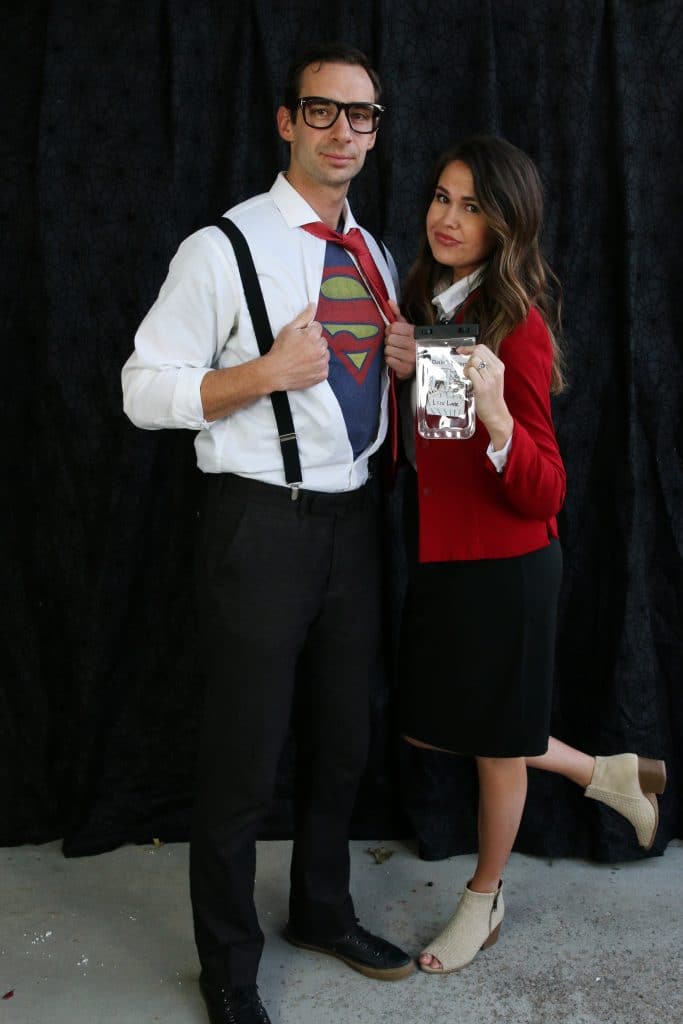 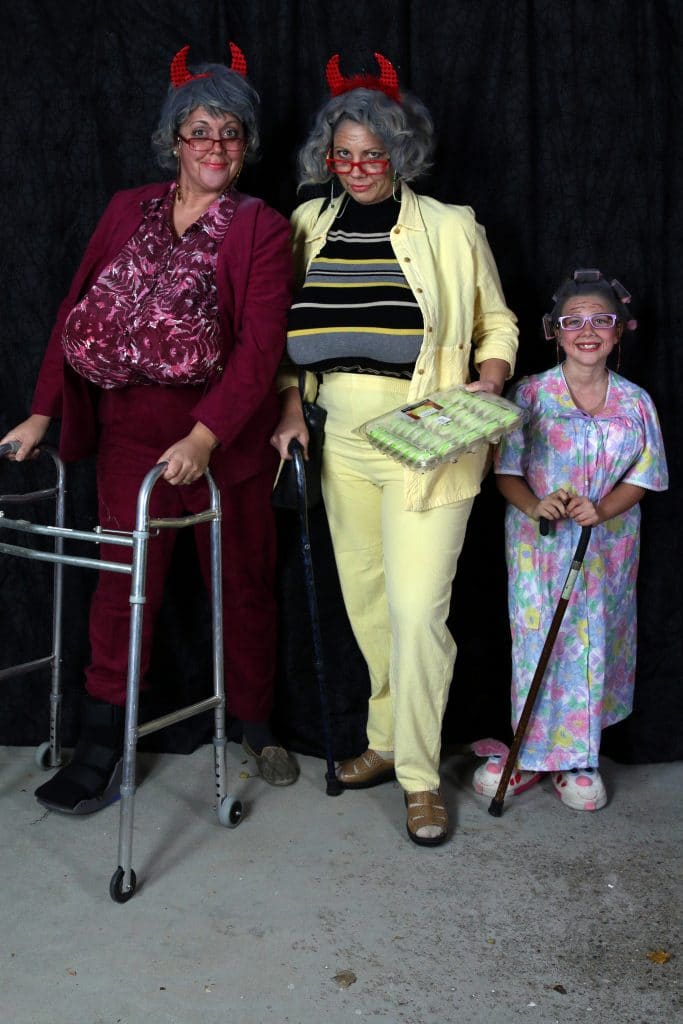 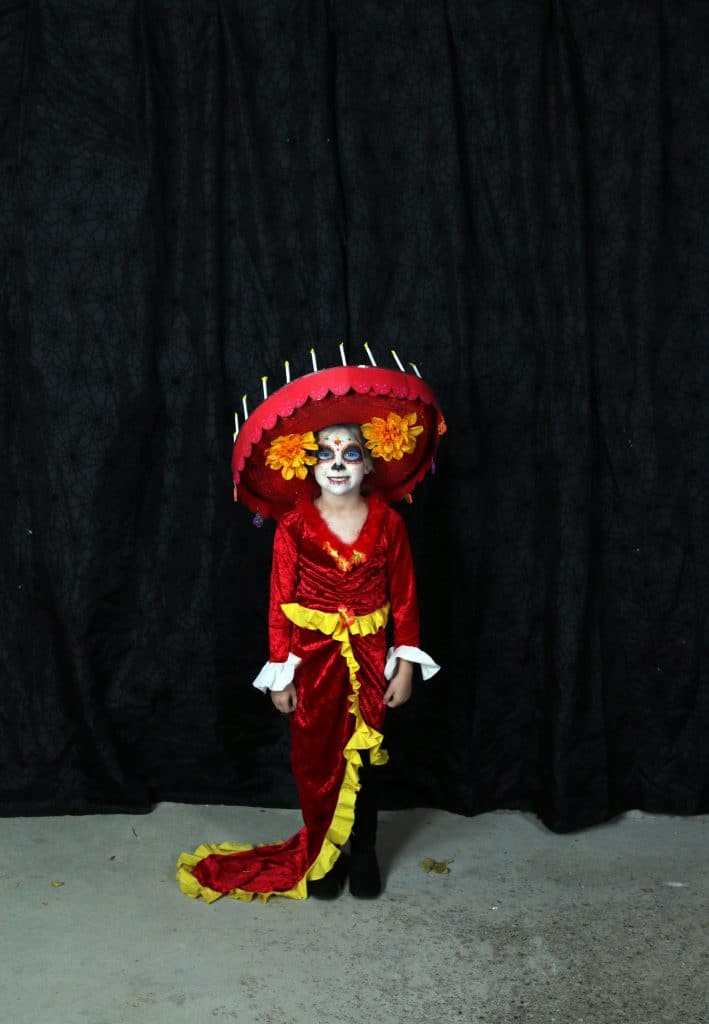 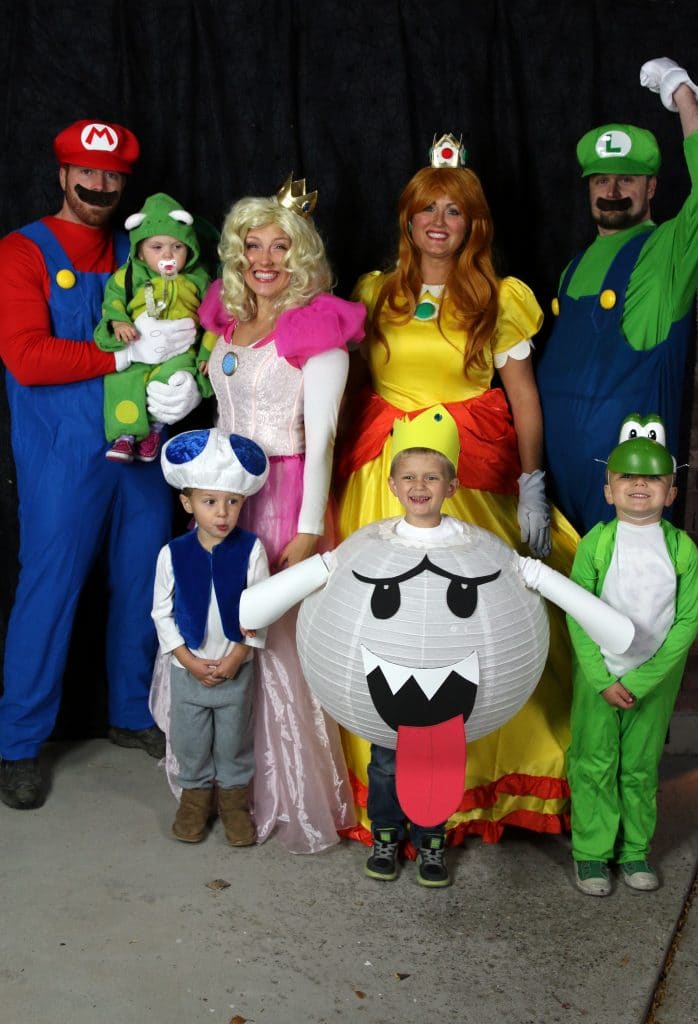 Tonight our girls are dressing up as a fawn (Greta) and Minnie Mouse (Faye, again!) and going trick or treating and I’m excited to stay home and pass out candy. Do you dress up to pass out candy? Sometimes I’ll put on a wig, but maybe this year, I’ll go all out!