Even though winter is winding down for some of you, we all still have chilly and dreary days standing between us and summer. So let’s make some soup and stay in today. 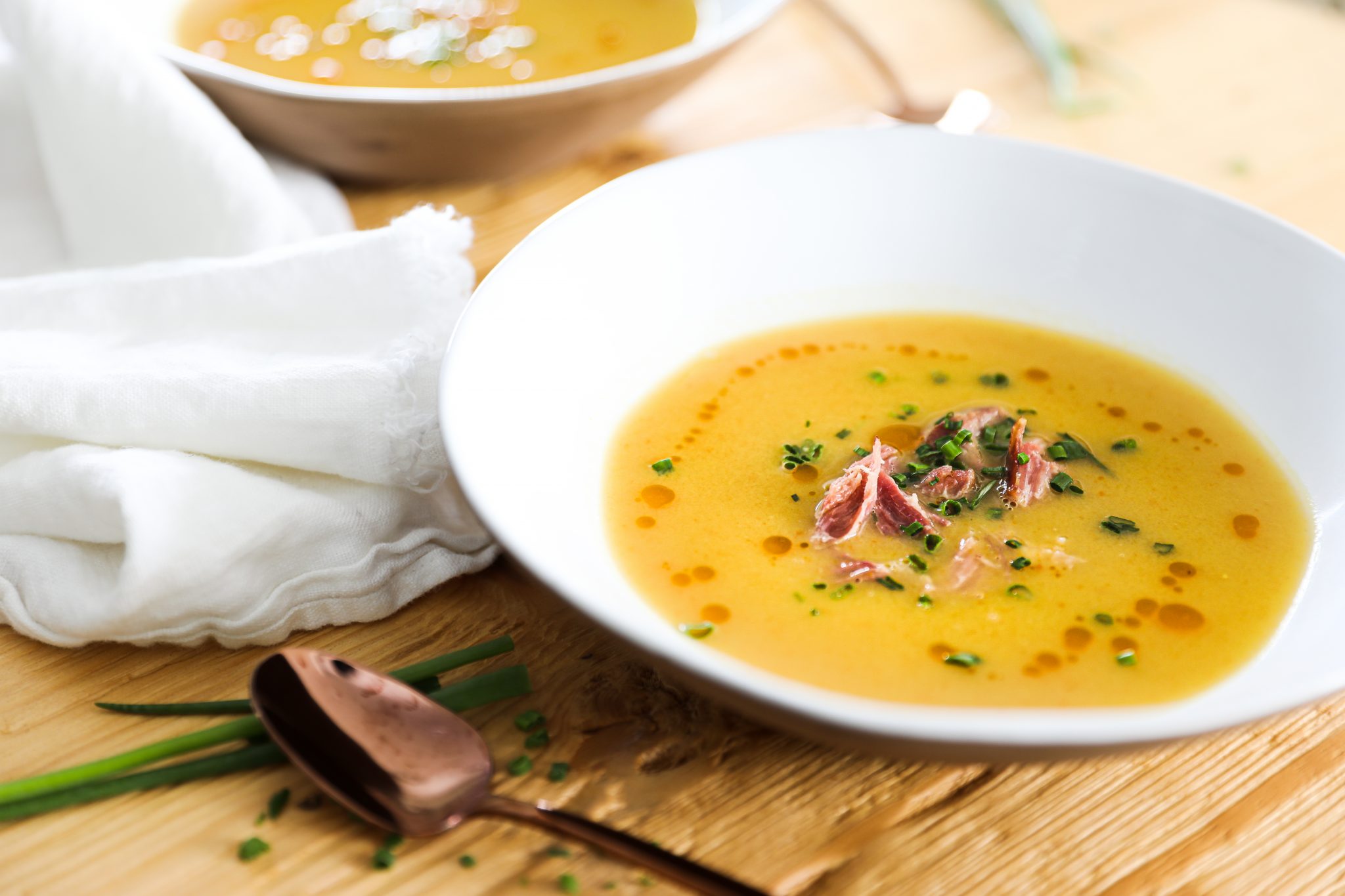 This is an amazing soup – it’s refined, full of flavor, and a great option for many types of food allergies. Slow cooked ham shanks, tender vegetables, and a touch of heat from the optional chili oil. This is a great soup to serve at the beginning of a four course meal, or sip on as you lay on the couch in your sweats. 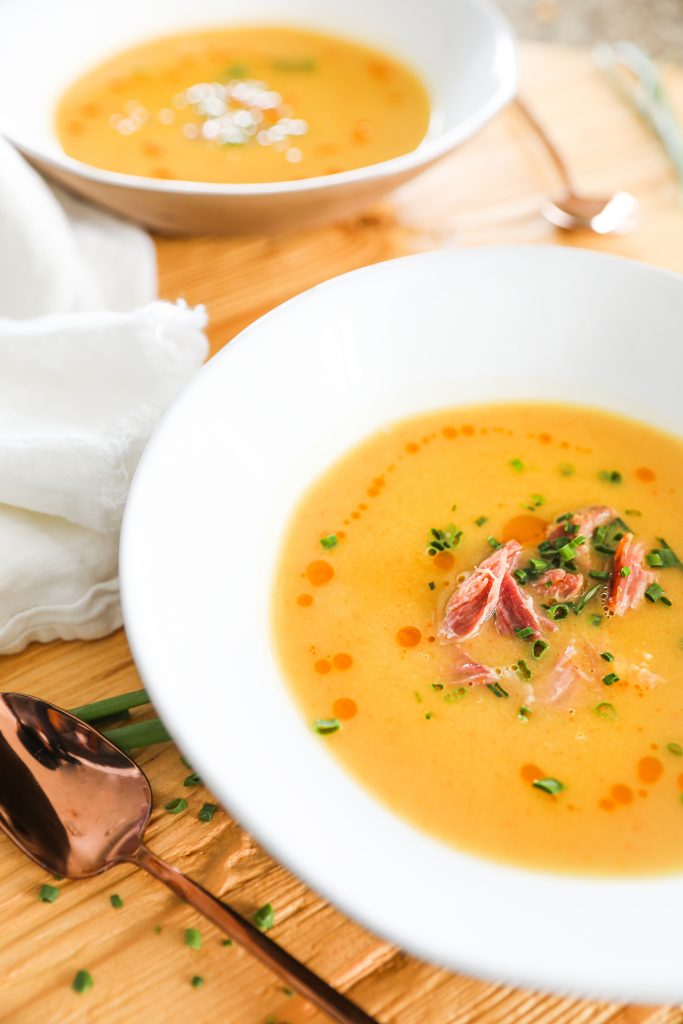 For the Chili Oil 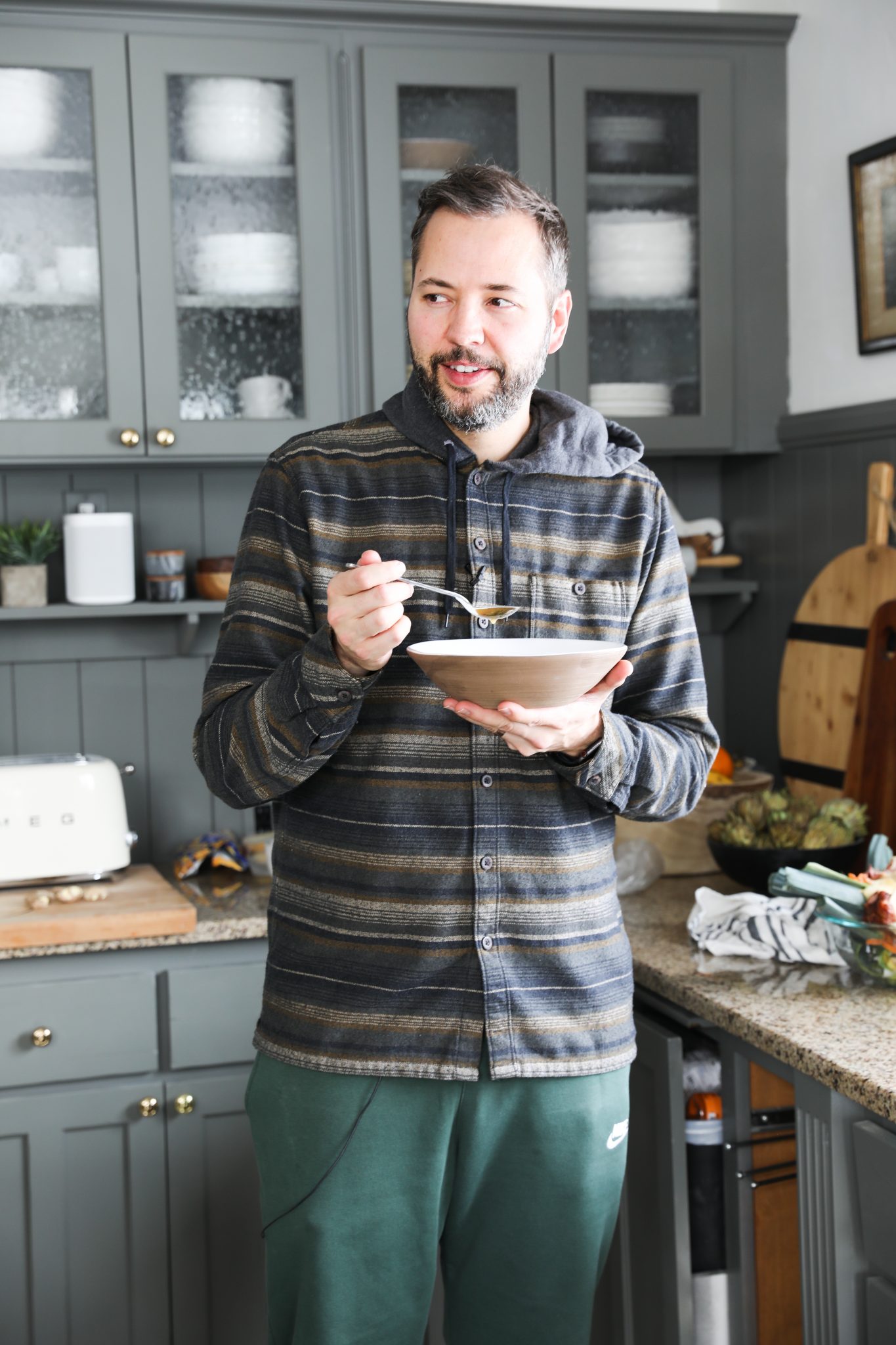 A Fireplace Update – It’s so close to being done! » 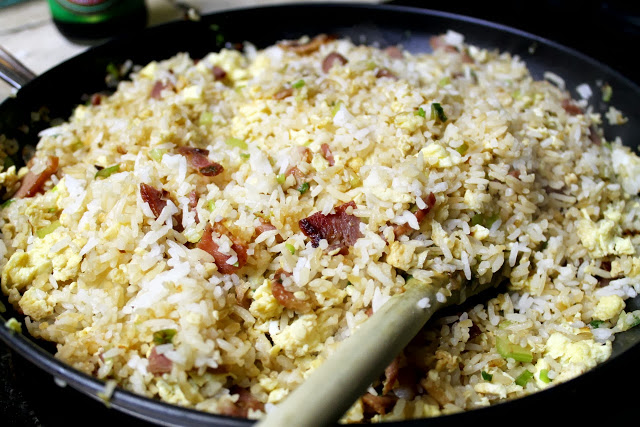