It’s been just about a year since we finished the girls’ bathroom (see all the afters right here!), but while we were tackling our own bathroom renovation, there was a solid month that we thought we were going to have to tear it up and start over. It was a dark time and if it wasn’t for one of our readers–we would have!

For the majority of this year, the girls’ toilet was sluggish. You flushed and held your breath that it would actually flush. It got to the point where we didn’t even feel comfortable having guests use that toilet–because we didn’t want them to be stuck in a situation. (Oh dear, this post is going to be a lot of actual potty talk. ) This was a challenge because this WAS the bathroom that is shared with the guest room. 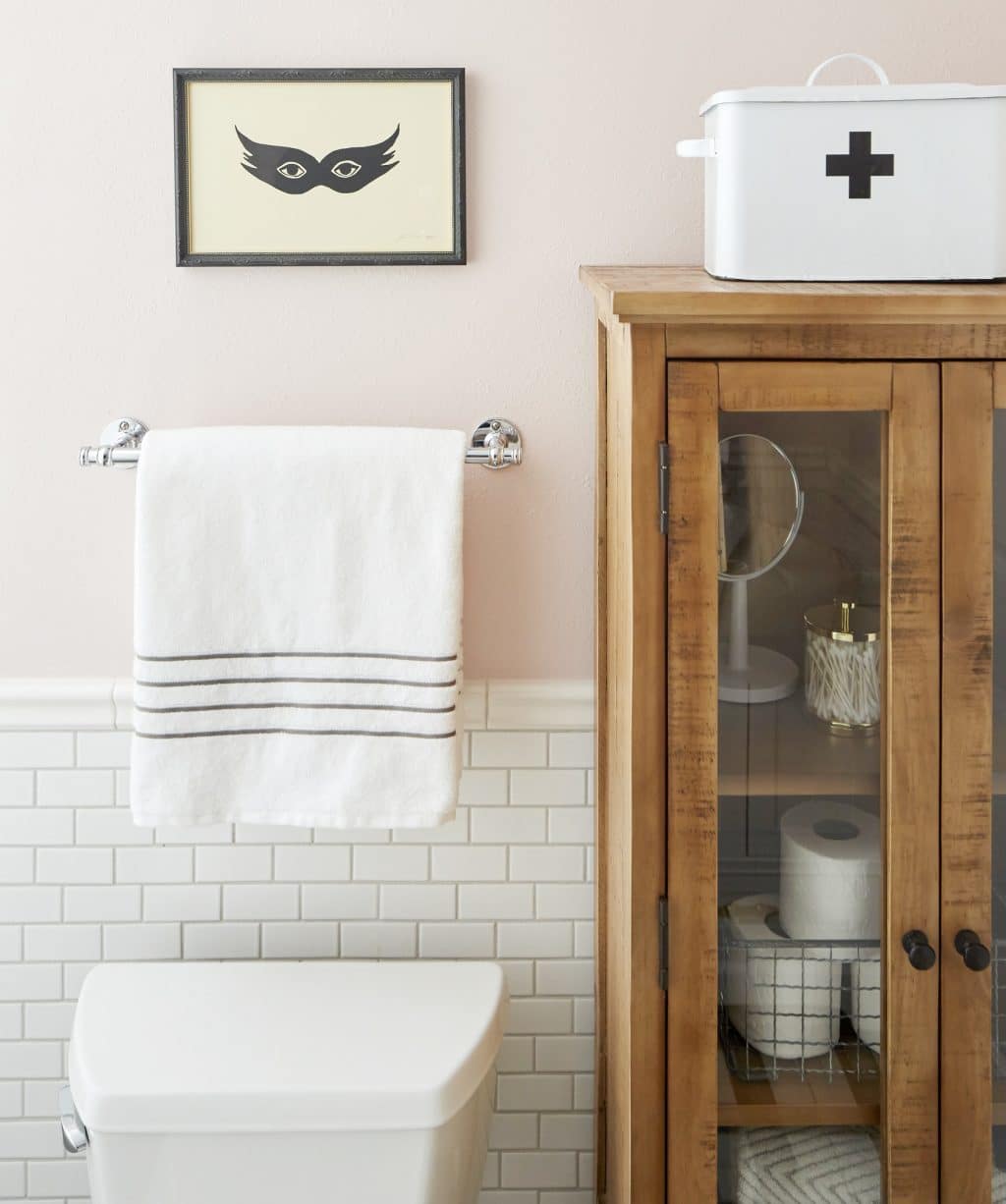 So, while the plumber was working on our bathroom upstairs, we had him take a look at it. He took off the toilet and there was standing water. Not. Good. He said there was either something stuck in the pipe and he could snake it out (our fingers were crossed for that!) or the drain was put at an incline instead of a decline when moved (worst case scenario). Unfortunately, for us, after a lot of scoping and snaking–it was determined that the drain was at a slight incline and the floor had to be torn up for it to be fixed to the tune of a few thousand dollars. I cried. 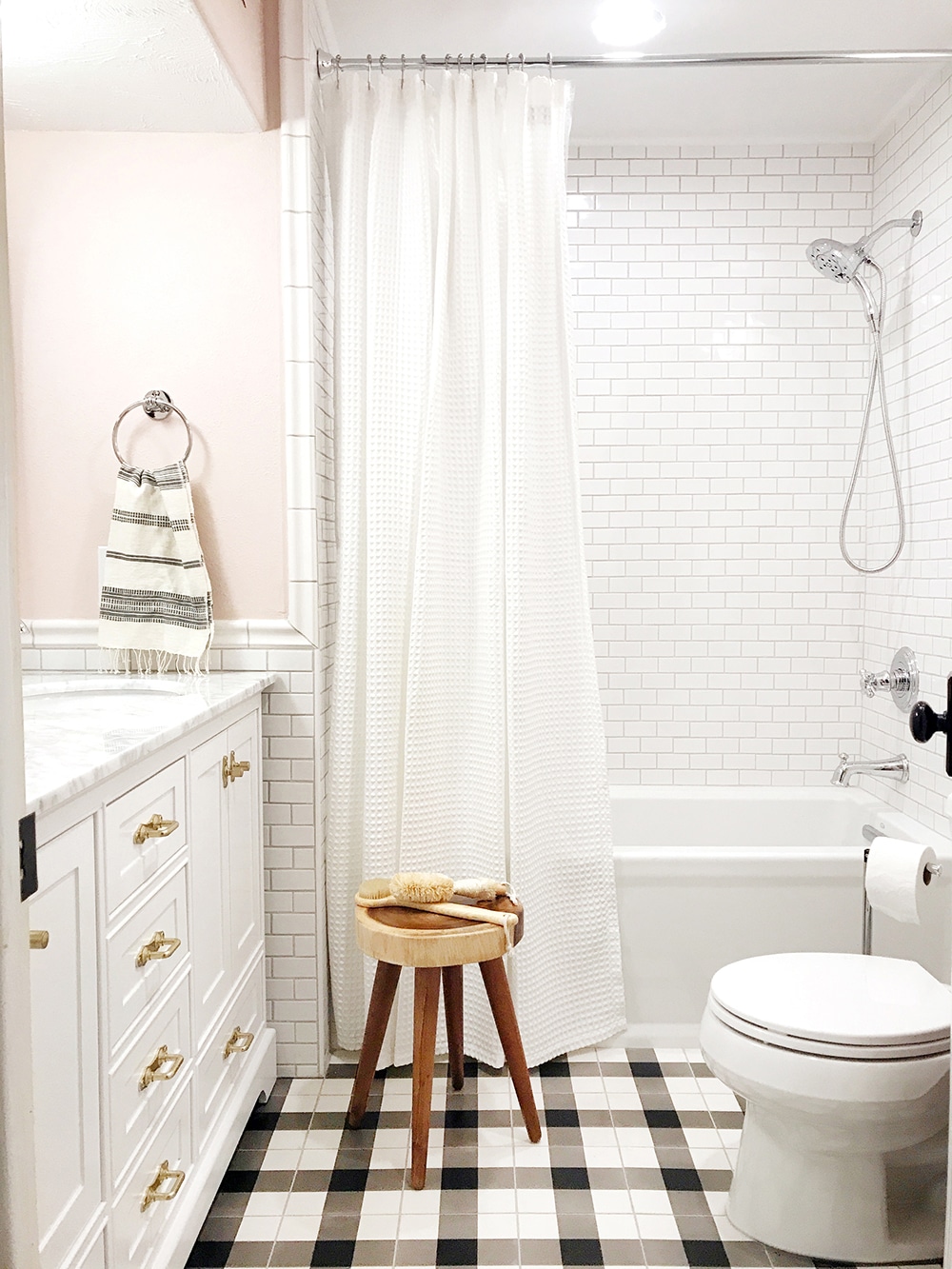 A month later, after I composed myself (it really took that long), I mentioned it in one of our CLJ Q&As, and a follower (I wish I could find the message because they are my literal angel!) clued us in about a similar problem they had at their home and how they solved it with a power flush toilet. Most toilets use gravity to assist with the flushing, but since our line had to work against gravity, our standard toilet wasn’t working properly. Power flush, or pressure-assist, toilets use less water but flush with more force than a standard gravity powered toilet. Inside the tank there’s a sealed plastic container filled with air. When flushed, this pressure releases, forcing water into the bowl at a high velocity.

After a little bit of research and watching a lot of disgustingly fascinating YouTube videos, we settled on the Gerber Ultra Flush Siphon Jet Tank in White, with a round bowl at standard height (they literally flushed 7lbs of fruit salad down it in a video!). This was our last ditch effort. We weren’t sure it was going to work, but we’d rather spend $250 on a toilet trying, than tearing up the entire bathroom. 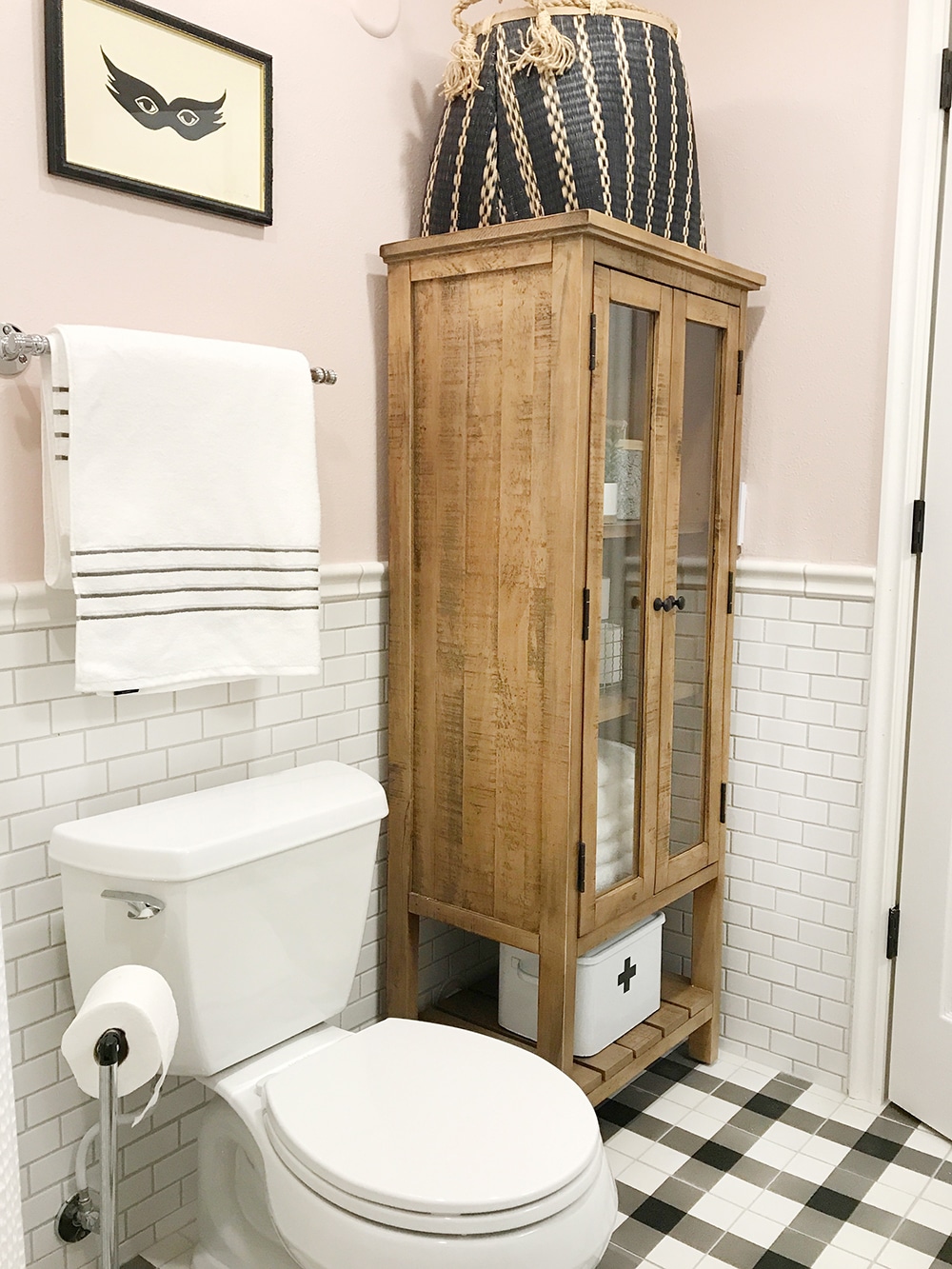 And…It worked! We’re so relieved. The caveat is the flush is super loud–think of a gas station toilet. But, on the plus side, there’s never any fear or concern about if it is going to flush. It’s the opposite of a sluggish flush. It’s confident! And we don’t have to tear up the whole pretty bathroom. (Back to back to back bathroom renovations would have definitely killed me.)

5 years of our Living Room »

« A More Budget-Friendly Version of our Master Bathroom