TOP
Yup, it’s that time again.  Except this time instead of blabbing on about how “I just can’t stand___,” I want to show you exceptions I have found.  And because I don’t want to get things messy as far as trackbacks go, I’ll leave the obvious examples of how these things have come to bug me up to you to find.  Just open your Pinterest homepage.  It will be plastered with chalkboards, chevrons and cupcakes–all things are currently on my “it bugs” list for different reasons.
Chevron stripes, I have covered.  And I know so many of you love them, and maybe another year or time or life I could, too.  I am just someone that can’t stand trendiness for the sake of being trendy.  But if there is a product that incorporates the trend in a less predictable way–I can appreciate that.
I spotted this beautiful hand-knitted baby’s blanket over at Purlbee and I nearly melted.  It’s something special, right?  It isn’t trying to be trendy or appeal to the masses.  The colors are perfectly blended which helps the fact that it is a chevron pattern not feel like it’s trying so hard to be a chevron pattern.  And it is handmade.  Doesn’t bug one bit. 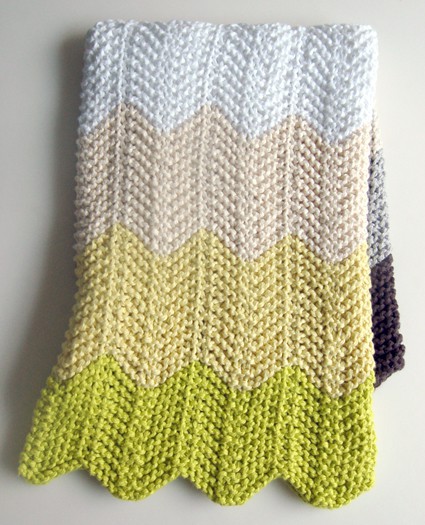 Chalkboards.  I can’t believe that chalkboards are ruined for me–almost.  Seeing photo after photo of fancy frames surrounding dusty chalkboards stings me.  And huge walls painted with chalkboard paint that are smudged and unappealing to the eyes–what’s the point?  Can you not wash chalkboard walls to make them look new again?  I remember that was my favorite assignment in elementary school–washing the chalkboard with a big sponge at the end of the day.  So maybe it isn’t chalkboards that bug me, it is all the dust and smudges that people CHOOSE to keep on display in their homes.  It’s not all a lost cause.  I love the idea and freedom of changing art on a wall so easily.  Which is why this chalkboard wall definitely doesn’t bug: 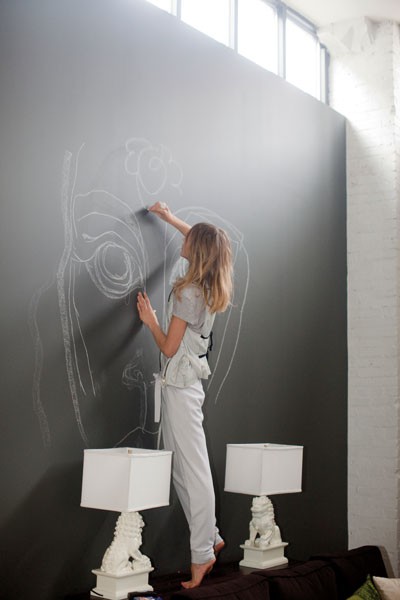 …and yeah, it’s most likely making an appearance in our house soon–with a big, fatty, beautiful drawing on it.
Cupcakes.  Another classic example of trendiness for the sake of being trendy. How a food became trendy I have no idea.  Cupcake shops are popping up everywhere and people are PAYING $3-$5 (more?) for a silly cupcake.  Countless shows now revolve around cupcakes.  It bugs me that suddenly it is cool to eat something that has been around for so long.  And while the economy is down and obesity is up–people are downing cupcakes like they were just invented.  It puzzles me.  Then I came across a beautiful cupcake.  A cupcake that could be art.  A cupcake that felt special to me, so special I wouldn’t eat. 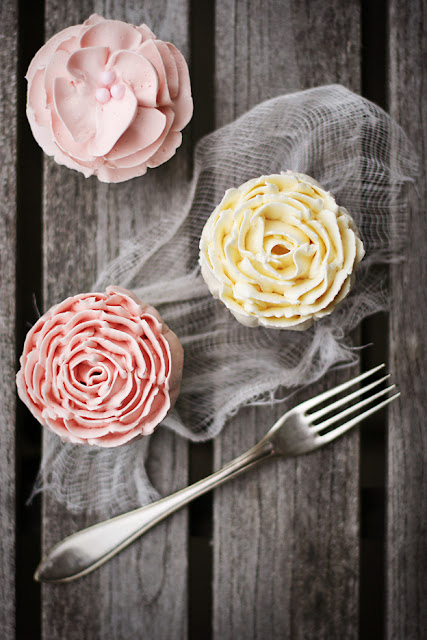 These cupcakes deserve all the attention they are given.
Psst.  As with previous “Things that Bug” posts, I realize I am definitely the minority in not liking some of the most popular things out there.  So if you are a fan of these things, no worries, you are in good, large company–I hope you can still be amused by my opinion.  :)