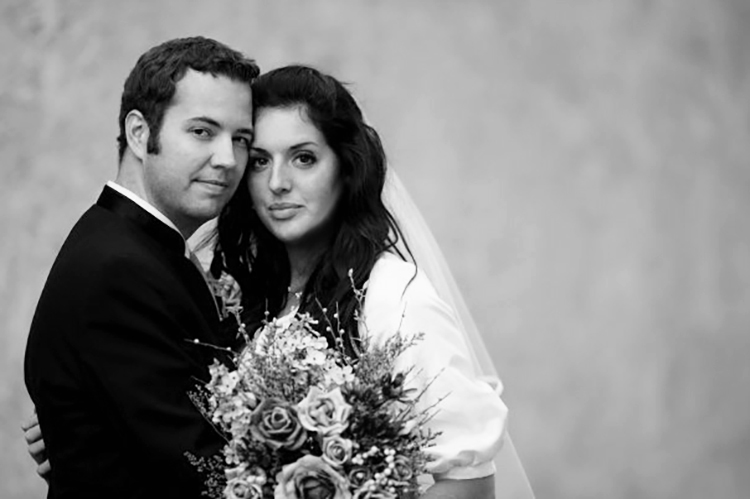 Today is our 11th anniversary, and after several months of sickness, crazy deadlines, and living in a construction zone, we are taking a much needed break. We’ll be jet-setting to New Orleans for a few days (Chris served a mission for our church there 15 years ago and it’s his first time back since!) and disconnecting as much as possible. Chris just raves about the beautiful architecture and the rich culture and history (as well as the food, of course). We can’t wait to slow down for a few days, recharge our batteries, and (for me) experience a new place with so much inspiration to give.

So as we head out the door, we thought it would be fun to share 11 things about us that maybe some of you don’t know – 1 fact for each year of our marriage. And what better place to start than the very beginning!?

1. Chris and I knew each other for over 3 years before we became serious.
Sure, we went on dates here and there, but the timing was just always off. I was dating someone and he was single; he was dating someone and I was single. We both were single but working around the clock. The most interesting part of this is that it took me moving across the country for us to connect.

2. We fell in love through hand-written letters.
If you saw yesterday’s postyesterday’s post, you may have noticed the scene in the video where I hang a framed envelope on the wall, addressed to Chris, from me. This was one of nearly 100 letters sent between the two of us while I was living in Illinois (also on a mission for our church). Chris first told me he loved me through one of these letters, and when I returned home we set a wedding date and were engaged in less than 3 weeks. 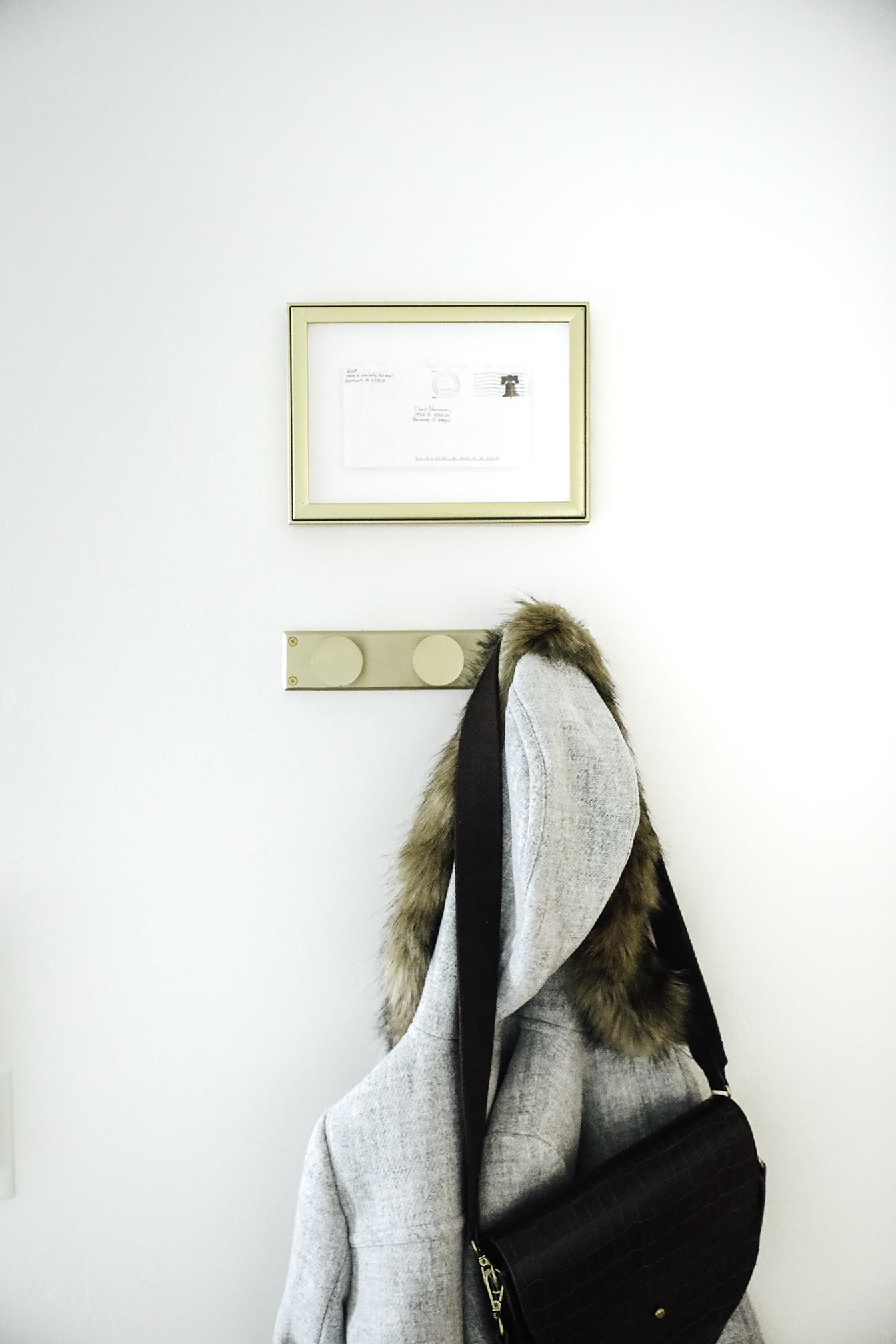 3. We don’t buy gifts for each other on our anniversary.
About 2 years into our marriage we decided that nothing was more important to our relationship than experiencing things together. Cutting out the gifts and taking trips instead was our way of broadening the things we get to experience, and it’s our favorite tradition.

4. We have at least one argument during any given project.
Of course these aren’t Earth-shattering, heated arguments. They’re usually very short-lived but they definitely happen. Chris can become very attached to how he envisions the function of a space, and I have a tendency to push us to the brink of insanity with all the things I’d like to do. But we’ve learned to work through the arguments and even appreciate them, because we balance each other out and our projects always turn out better by challenging each other.

5. Our favorite vacation together, hands down, was Bora Bora.
That’s of course a bit like saying, “My favorite meal was that time Gordon Ramsey came to my home and cooked for me and he brought Eric Clapton with him who just sang while Phoebe Buffay gave me a massage.” Like, of course that would be your favorite meal, and of course Bora Bora would be the best vacation ever. But I think it’s important to say that it definitely lived up to the hype (we went last year for our 10 year), and if you ever have the chance to go, go! 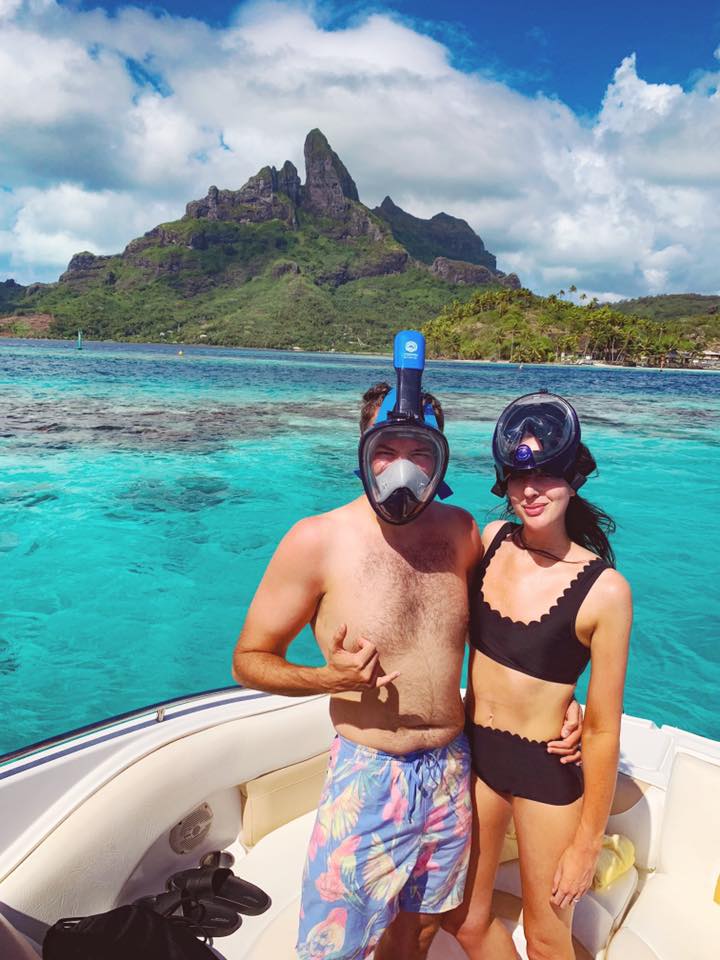 6. Our wedding song was I’m Yours, by Jason Mraz.
Two days after I came home from Illinois, Chris and I were in American Eagle (I needed a major wardrobe refresh). “I’m Yours” came on over the speaker, and Chris began to sing it to me. We knew it was our song right then, and our friend Preston Pugmire even sang it at our reception while we had our first dance.

7. I used to be the cook.
It’s no secret that Chris is an exceptional cook, but when we were first married I went all in with the domestic wife bit. I cooked dinner for our little family of two every night for six months. When I became pregnant with Greta I became so sick, and Chris (who had studied culinary arts in college) volunteered to “temporarily” take over the cooking duties. He never gave them back and thank heavens for that! 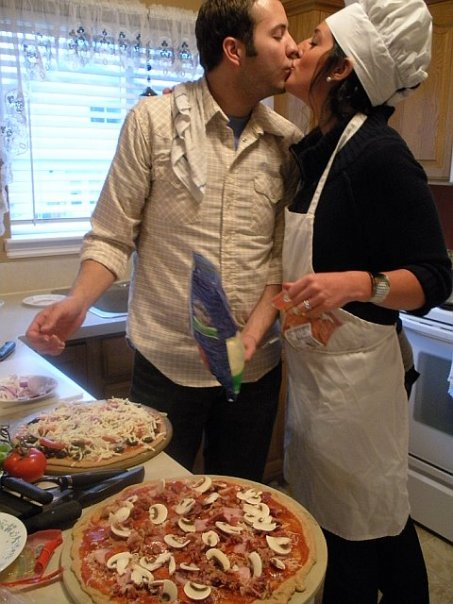 8. We planned on having five kids.
That was our number when we started out. But after struggling to become pregnant with Faye, and then again with Polly (and not to mention how sick I get during pregnancy), we gradually moved that number down. Once Polly was here, we both just felt like our family was complete.

9. We always have a series we’re watching.
Right now it’s Survivor (we were super slow to hop on that train). 24 was the first series we binge-watched (on DVD, mind you). Lost, Prison Break, The Good Place, Parenthood, Friday Night Lights, Friends, with healthy doses of The Office mixed all throughout. 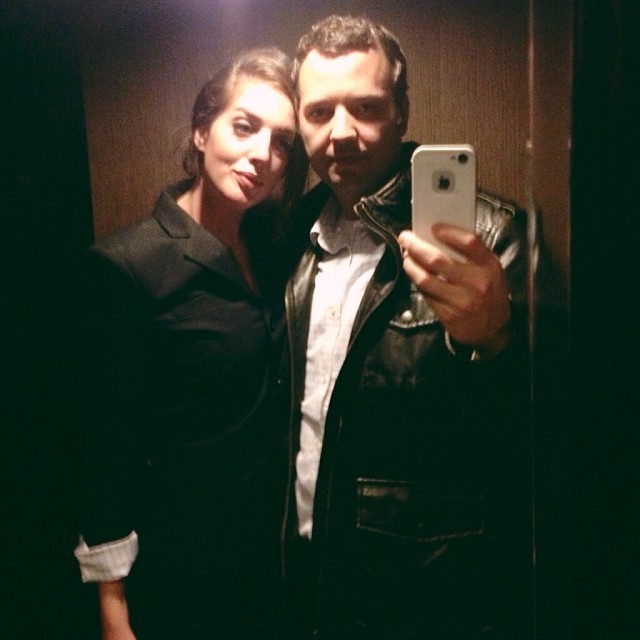 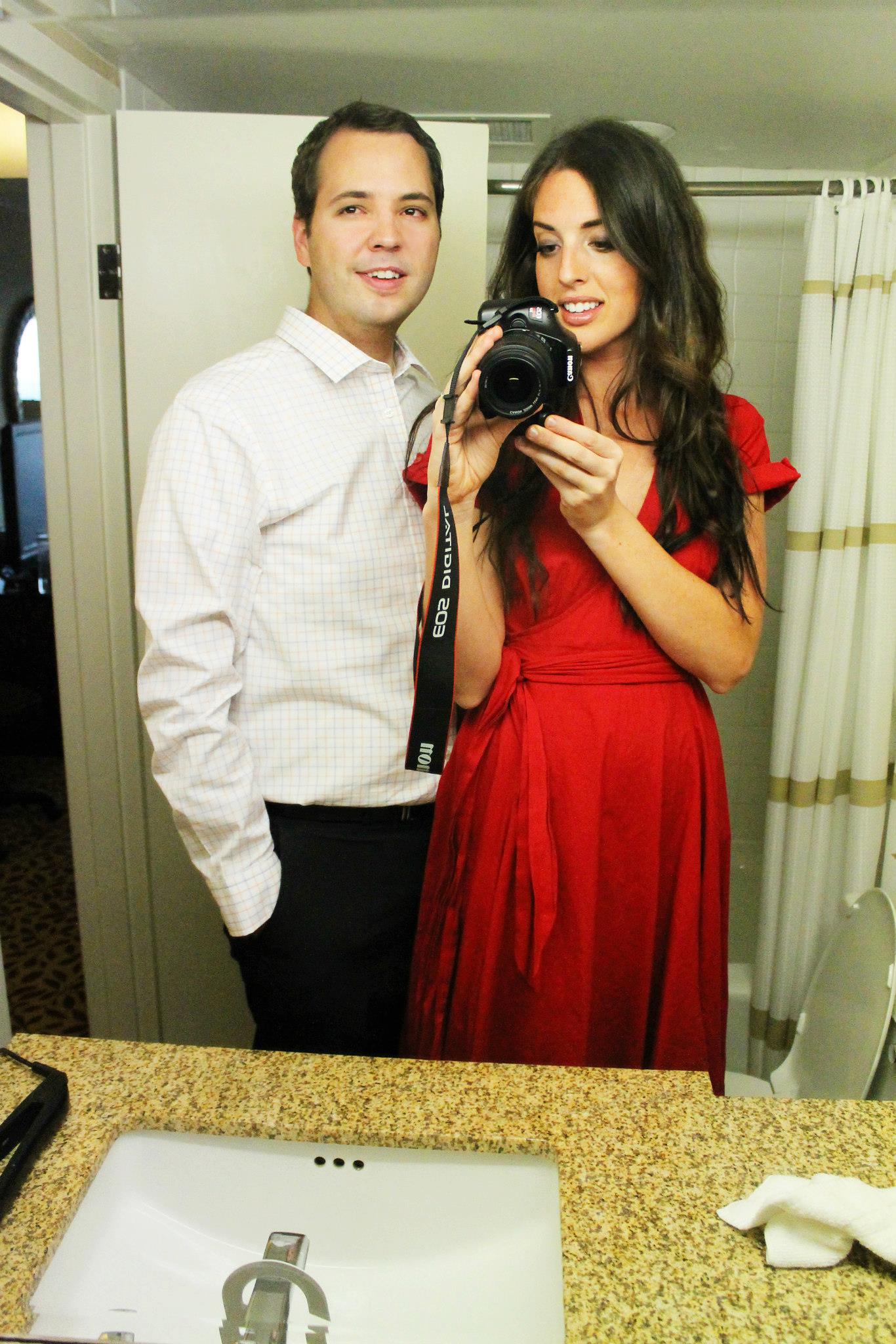 10. We have very different music selection practices
While I enjoy Chris’s music, he is a “deep tracks only” kind of guy. I prefer something I can sing along to, a good podcast, or silence interspersed with conversation. Chris loves having something in the background almost always.

11. If we didn’t already love our job, our second choice dream jobs would be…
Chris would want to work in a test kitchen somewhere, writing recipes for cookbooks, restaurants, TV shows and all that. He wouldn’t want to be the name on any of those things, but loves making delicious food and sharing it with others. I would want to be a high school art teacher. Or maybe something in the medical field. Those are very different, but I studied art and exercise science, so there is something to that. But either way I’m glad I love what I do so much and don’t have to worry about it. 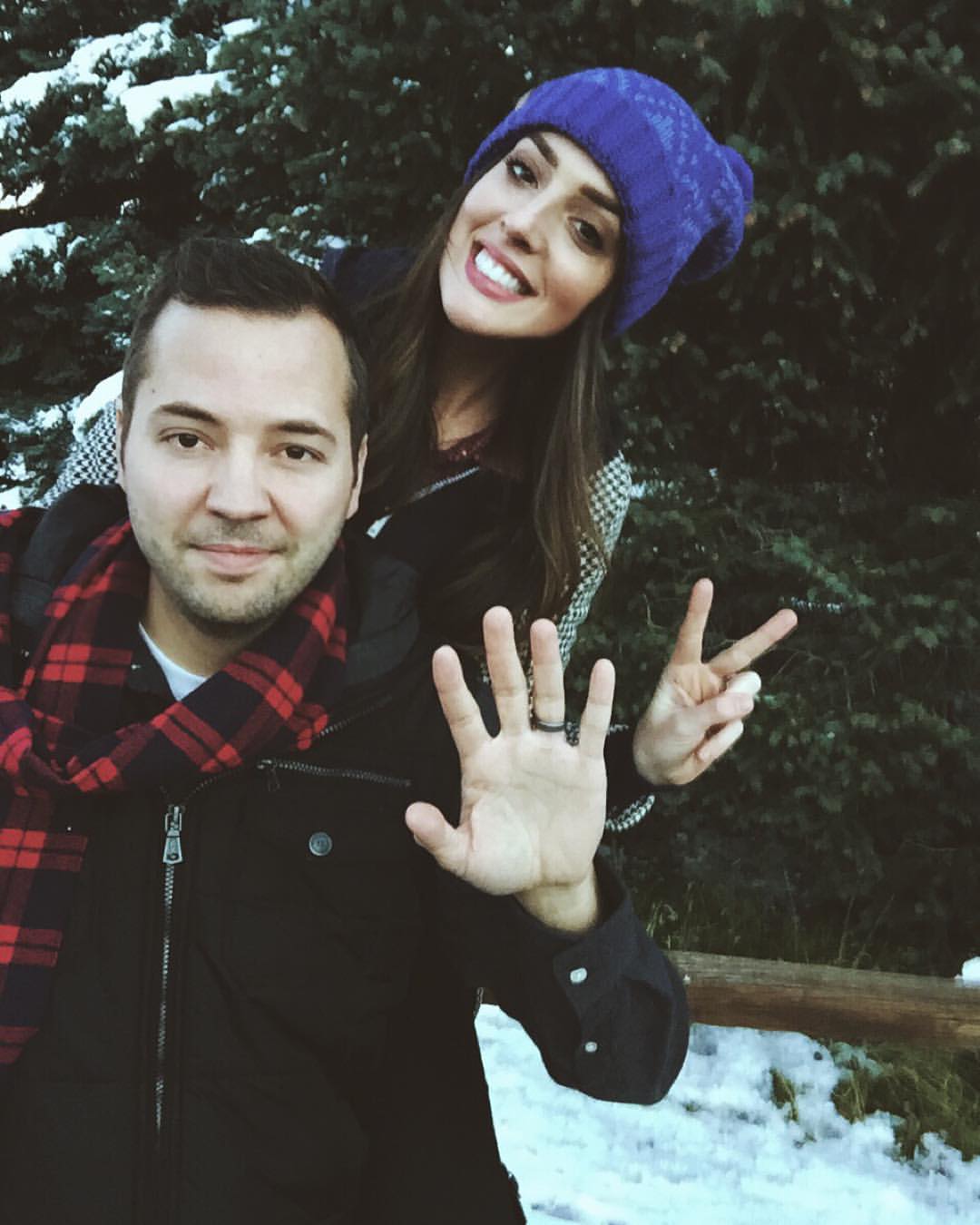 Chime in with any Must-Dos in New Orleans! And we’ll report back with our favorites. Happy Weekend!

What to Wear For Holiday Cards? Here’s 4 Ideas! »

« The Start of Our Office Renovation 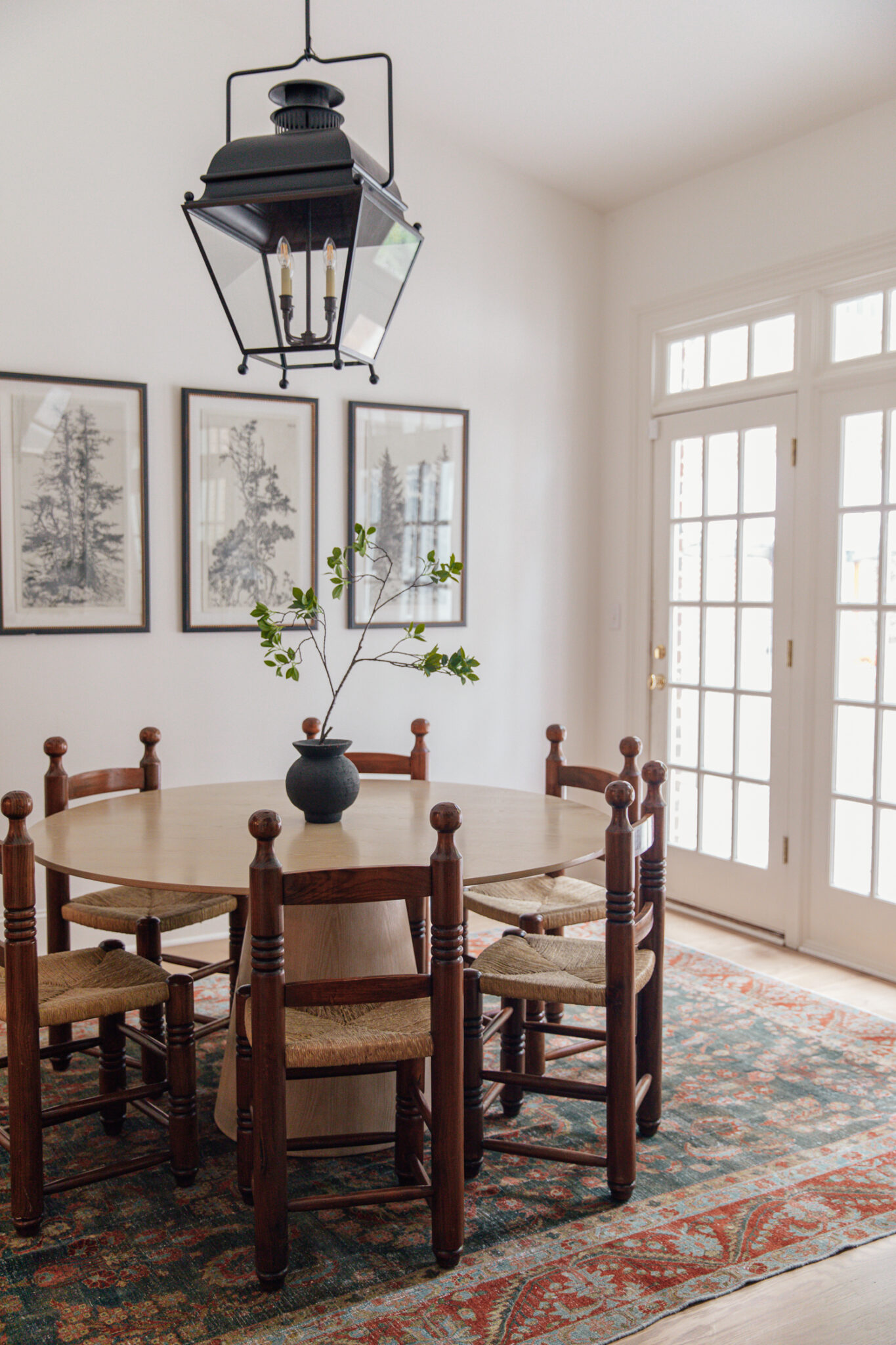 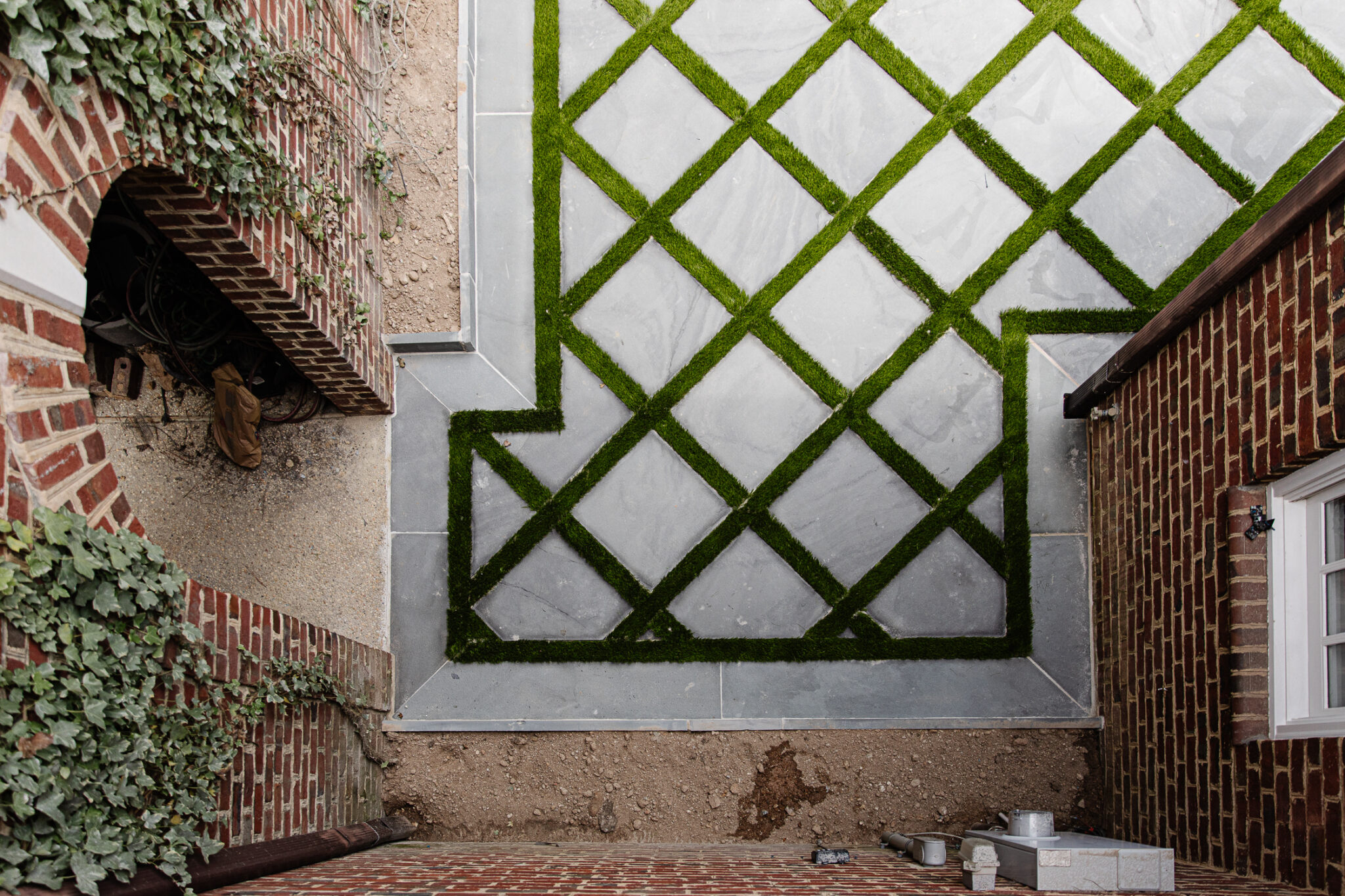 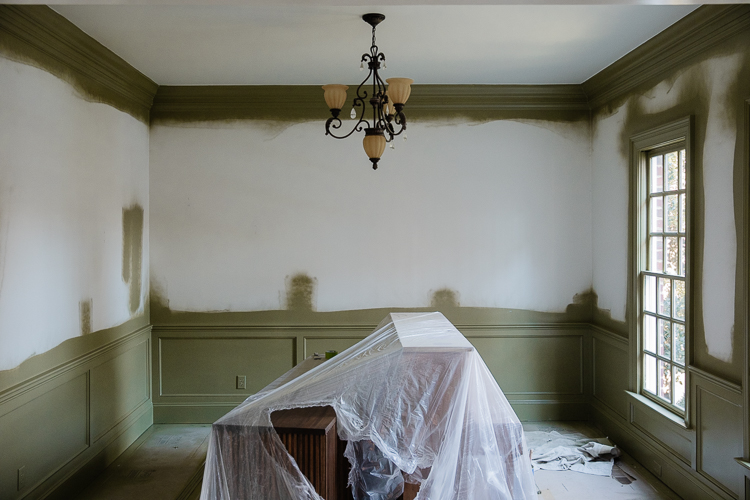