All right, quick rant. You know what drives me up the wall? When people talk about liking one ingredient, but not another, as though they’re supposed to be interchangeable. Miracle Whip and Mayonnaise, for example. “I like Miracle Whip!” “Well I like Mayonnaise!” Um… they taste nothing alike. Let’s see, what do they have in common… they’re white, and have been known to make their way onto sandwiches. End of list. If you use two ingredients the same way, you’re gonna pick favorites. But it’s not because one ingredient is bad and one is good. Each ingredient should be used at the appropriate time, to help it realize its full potential.

Anyway, what made me think about that was the dish I’m about to share with you that has apples in it. My classmates and I made a similar dish in cooking school and we used braeburn apples. In order to keep the apples from browning, you toss them in a little lime juice. So this girl in my class is all, “We should use granny smith apples. I like granny smith waaaay better, lol omg ttyl bff.” I added the acronyms, but only to capture the ridiculousness of the comment. You want to take the tartest of apples, toss it in lime juice, serve it raw, and have people enjoy it? Pft. Rookie.

So today’s lesson – try not to take a strong opposition to any ingredient. If you’ve tasted it, and didn’t like it, maybe it was the preparation you didn’t like, not the ingredient itself.

On the topic of apples and not judging ingredients, one definite exception to this rule is the red delicious apple. By far the least delicious of all apple varieties, with the golden delicious nipping at its heels. Who chose these names? I know it wasn’t put to a vote. Moving on.

Ok, so when I shared the mangoes and avocado cream dessert, I mentioned a salad I made with it – apple and jicama salad. I’m going to share that with you today because, just like the mango dish, it’s so easy, so fresh, and people will be surprised how much they like it. The dish itself may not seem incredible, but it’s a great way to wake up your pallet and get the taste buds ready for whatever you throw at them next. Picture, in 3…2… 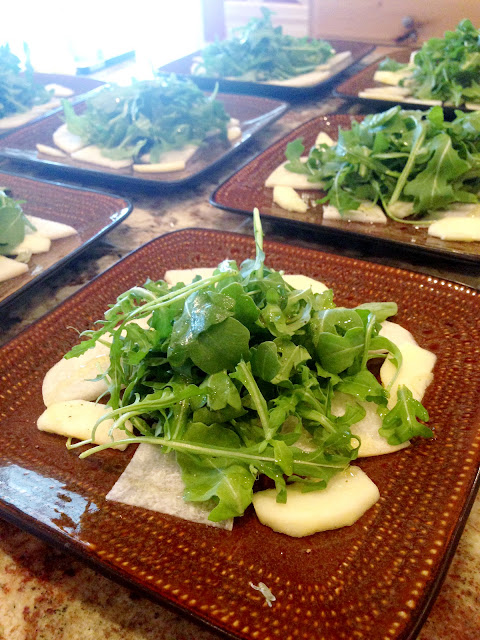 I didn’t give amounts, because it all depends on how many people you’re serving. When you go to buy jicama, you’ll notice that they’re giant, so one jicama will go a long way. Here’s how you prep:

Peel your jicama and slice it into thin pieces, maybe 1/8 inch thick. Don’t try to cut all the way through the jicama, either. Cut it in half, so you can lay it on its flat side and cut safely. Once cut, stick the jicama in a bowl of water, fully submerged.

Peel, core and slice your apples to about the same size pieces. If you’re cutting a lot of apples, add them directly to a separate bowl of water to keep them from browning while you cut all the apples. If you’re only cutting one apple, add them to a bowl, squeeze a little lime juice on them and toss to coat. Don’t need a lot, just a little.

With the lime, cut off the peel, then try to cut out little pieces while avoiding the little membrane parts. I mentioned in the mango post that this cut is called a supreme. It’s a little more difficult with a lime, since it’s so small, but you can do it. Take your time and make sure you have a sharp knife. Once I have my lime supremes, I kinda crumble them up, being careful not to burst the carpels (the little juice pods). Keep the pods in tact, but separate them from one another a bit.

Arrange like so – apple and jicama on the plate, spread evenly and mixed around. Meaning, don’t put all the jicama pieces next to each other and all the apple pieces next to each other. It’s a high school dance, not a middle school dance, so the ingredients want to mingle. Put a bit of arugula on top of that, sprinkled with your lime carpels. Drizzle a little of your fruitiest extra virgin olive oil, tiny bit of fresh, finely-ground black pepper. Badda-bing, done.

As mentioned in the mango post, this salad is a great way to lead into a heavier dinner, like a grilled veggie pasta (I have dozens of recipes for that – I’ll share them, worry not), steak and fries, or fried coconut shrimp (mmmm, just came up with that pairing on the spot, but I think I’m gonna try it). This salad will really start your dinner off on the right foot.

I hope y’all had a good weekend. On Wednesday I’ll share the other part of that meal – crispy pork belly and roasted potatoes. It sounds intimidating, but is totally not.

« Pork Barbacoa You Can Use for All Kinds of Stuff 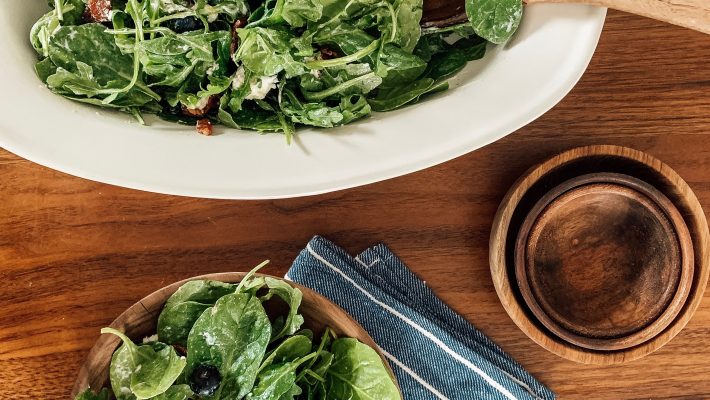 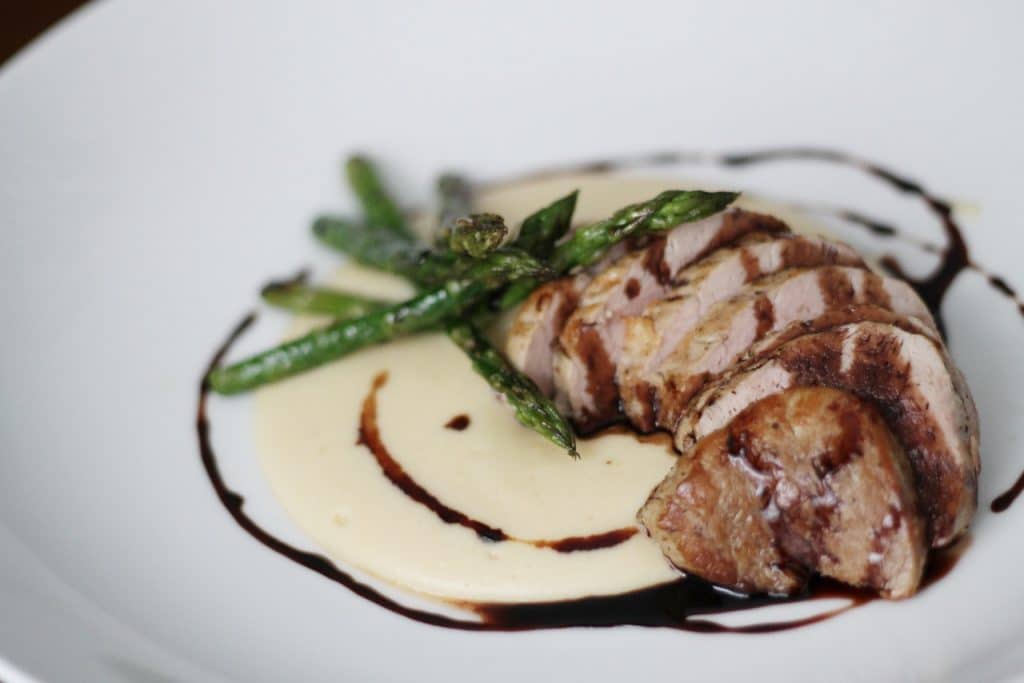