TOP
The floor in the studio has been a topic of conversation over here since we started this little reno.  After we weren’t able to find a match to our existing laminate to temporarily lay, and were discouraged to lay new flooring in here (for fear it would be discontinued by the time we were ready to re-floor the rest of the house), we happily decided to work with the subfloor.  Specifically paint it.  Once we lay the FLOR carpet tiles down, there will only be about a foot border of the subfloor showing, but we wanted it to still look chic…and not like this: 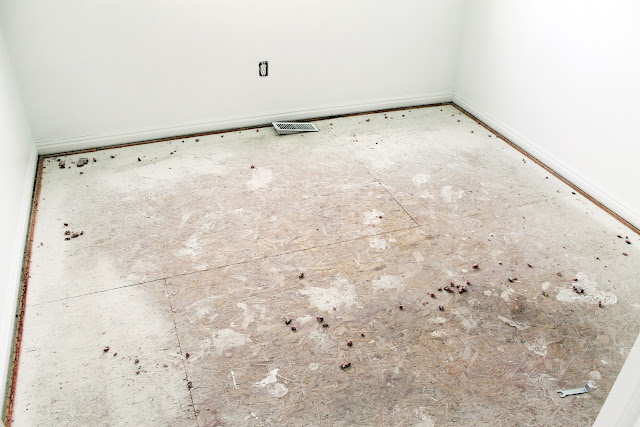 Eeks.  Granted, that was before we removed the tack strip and cleaned up the debris.  Chris was a champ at getting that part done.  I swept with a push broom first and then Chris meticulously vacuumed the floor so that the paint would cover evenly. 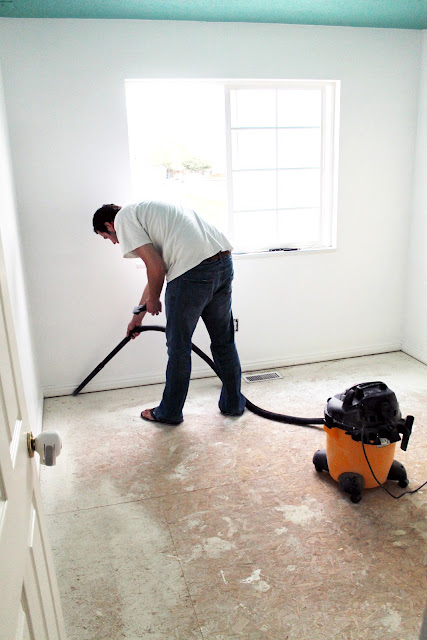 Errr, technically, we used a solid color stain–not paint.  I sent Chris to get porch and floor paint and he came home with this.  Either way, it worked beautifully.  He chose (yup, this was all Chris) a dark chocolate color called Cordovan Brown.

Initially, I worried that it was too dark, but by the time I finished rolling out the whole floor, I was in love. 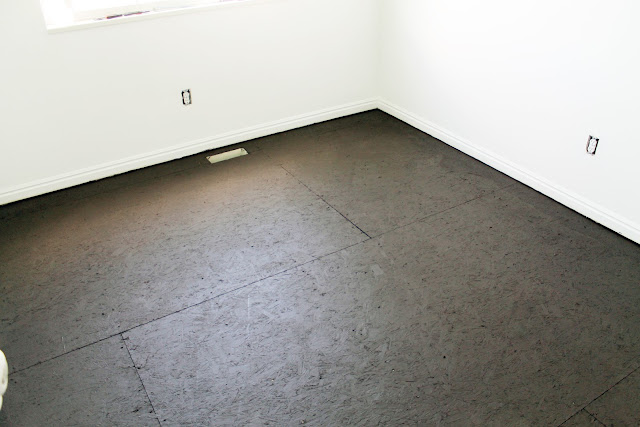 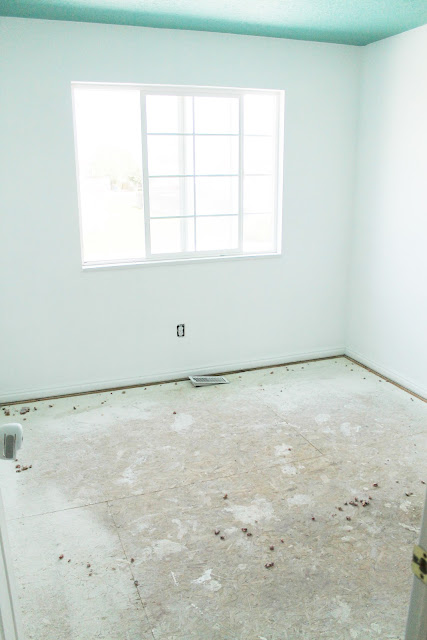 And the dark, chic after: 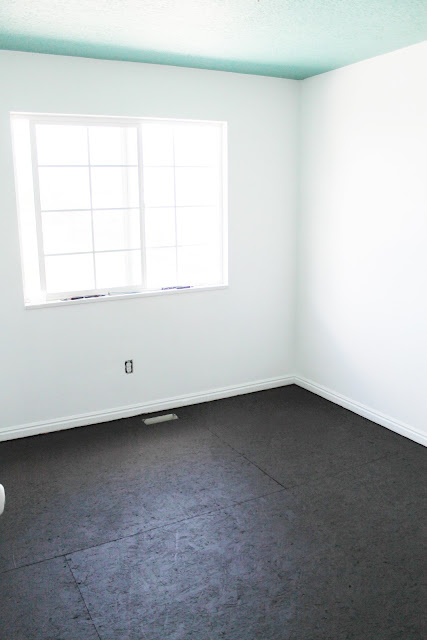 The whole process only took about an hour and a half.  I cut in with a brush around the baseboards and then rolled the rest of the floor making sure I ended up at the door leading out of the room.  Not worrying about floor drips was bliss!
How do you feel about the color? We are so glad we went this route for now, but would love to hear if you would ever bare your subfloors. 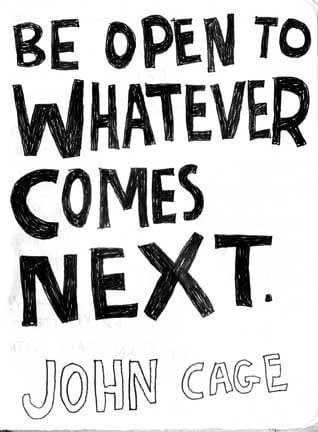 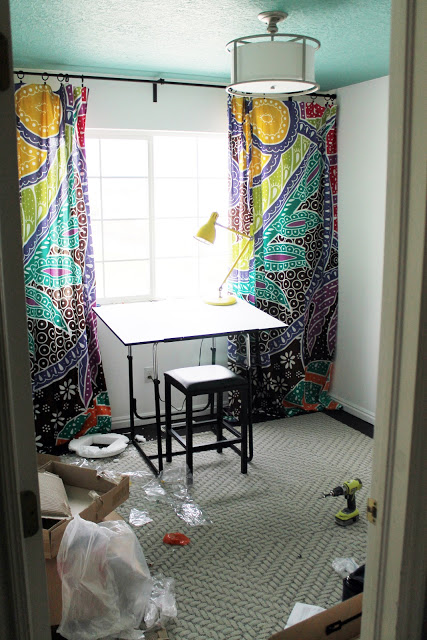 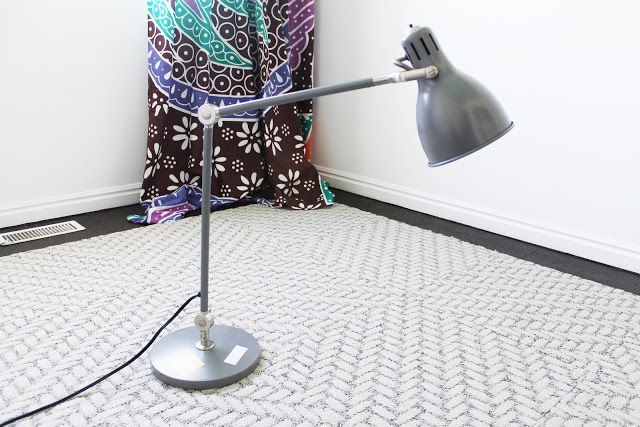