A Pelmet And Her Cub (Or, The Pelmet is Done!!)

After we decided pelmets were for us, or at least Greta’s window, we got right to work and busted it out in forty minutes—and then it took me about an hour to upholster it, and two days to find time when Greta wasn’t occupying her room to hang it and another day for me to muster up enough energy to write this post about it.  I guess I am all pelmet-ted out?  The good news is, it turned out kind of sweet: 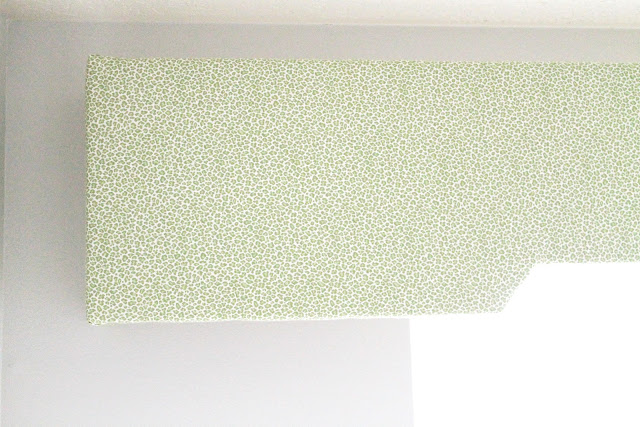 The fabric we used is this cub print green fabric from Buyfabrics.com.  We love it! The print is a little smaller than I initially expected, but I don’t mind.  It reads as a soft green from a far distance (especially with my less than perfect eye sight) and then once you’re in the room, the subtle animal print shows its classy face.  As for how the pelmet box diy went down in 40 minutes flat, it was pretty straight forward.

We picked up a large 15″x96″ board (looked kinda shelf-like) from Home Depot for around $13. Cheap!  We had some scrap pine left over from another project that we cut 7″ deep and used for the sides, but we’ll get there.  Since we weren’t cutting any length off of the board (8 ft long was right where we wanted it) the only real cut we had to make was the decorative cut in the middle for a little pizzaz. 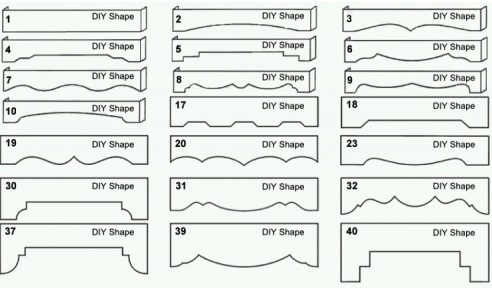 You may remember from this post that we were going for a shape similar to numero 18.  To make it so the angles were the same on each side, first we eyeballed on one side where we wanted the slope to start.  We marked it, measured it, and measured and marked the same distance on the opposite end of the board.  For the angle, we started on one side and eyeballed the degree we wanted our angle to sit and then placed a square leading up to a tape measure at the top of the board so we knew how far in the  angle on the opposite end of the pelmet needed to be.  Does that make sense?? Does this picture help? 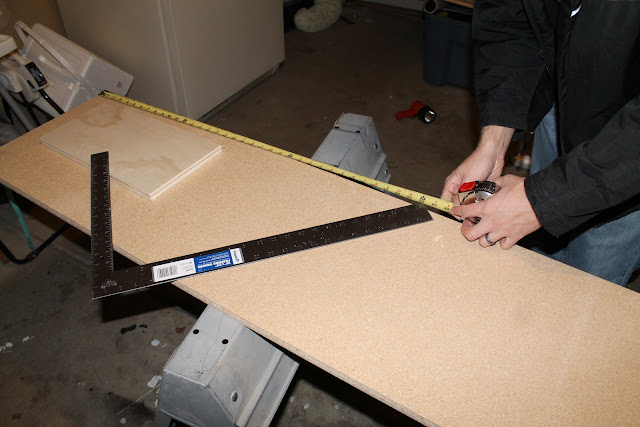 Or maybe you know a more high tech way.  Do that! Once it was all measured out, Chris used our jig-saw to cut it. 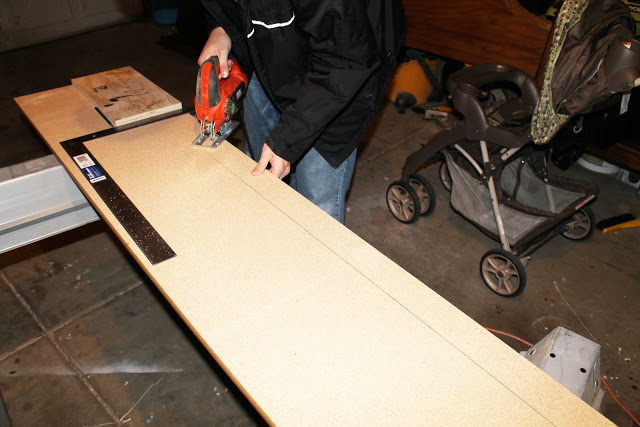 We used small brackets to attached the end pieces that make the box stick out from the wall and that was that.  I will say upholstering those angles we cut out was h-a-r-d, especially for a upholstery novice like myself.  It didn’t turn out perfect, but I think I can live with it.  I covered the whole box with batting and then the pretty fabric and used my staple gun to fire away over and over and over making sure the fabric remain tight the whole time.  No one likes a saggy pelmet. No one. We attached more little brackets at the top so we could attach it to the wall above Greta’s window. 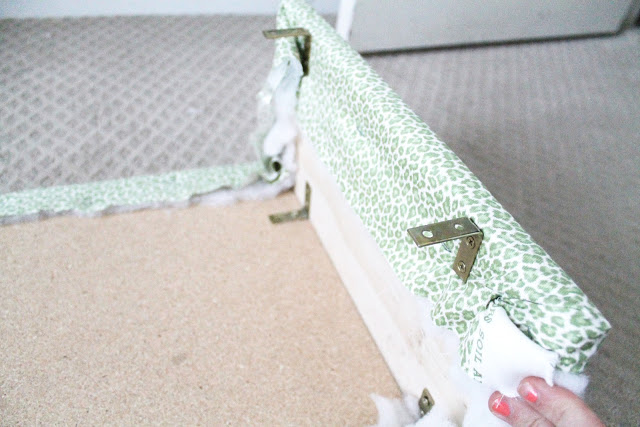 But instead of using the dinky screws that came with those little brackets, we opted for the screw/anchor combination. Which we only splurged on these one other time and I wish we would just buy them in bulk already. So handy. Each screw & anchor combo (scranchor?) holds up to 50 lbs.  Since we used 6, it’s safe to say Chris and three Gretas could sleep on top of the Pelmet box and it isn’t going anywhere. Peace of mind, friends. 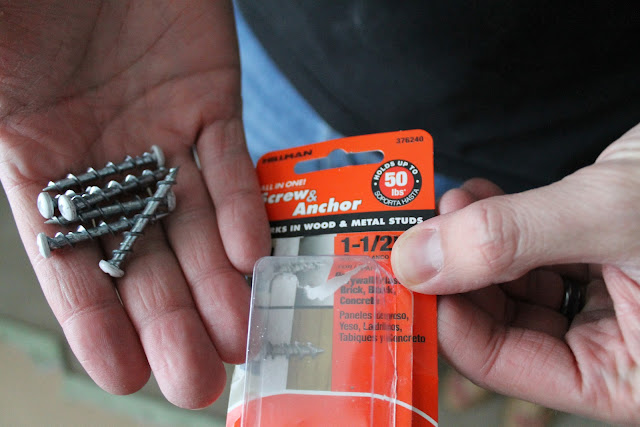 Here’s how she looks all done and hung. 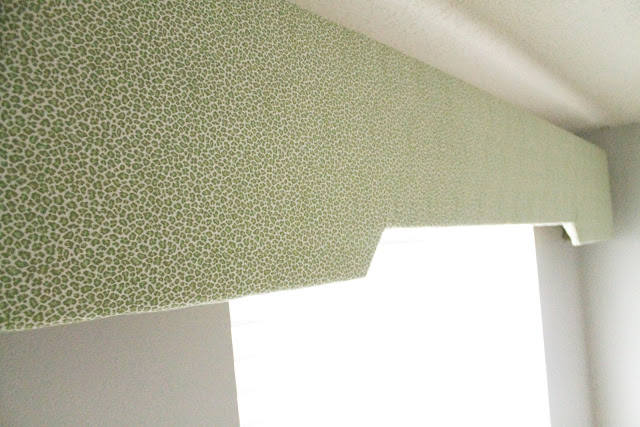 Of course we still have a plethora of curtains to hang to really soften this wall and fill in the box, and then I promise I’ll get a good wide shot for you.  But, pelmet! Done!

Psst. BuyFabrics.com was so generous in sending us this green cub fabric to use for Greta’s window.  They offered it up after we included it in Greta’s mood board, so obviously we loved it and would have used it anyway.  Although they did send us the fabric, they didn’t pay us to write a positive review. We’re just smitten kittens…err cubs over it.

Our Season’s Greetings. To You. »

« Chris’s Ultimate: Caramel Corn (Disclaimer – this is not healthy)