There’s nothing that excites me more than diving into a new project. The beginning is the most thrilling time for me. Making plans, maybe tackling some demo and getting the first glimpse of giving a room new life. Ahh, it’s a beautiful thing. A few weeks ago I got an email from our long-time partner, Wayfair, basically saying they were looking for a few bloggers to revamp their laundry spaces in the new year and they’d pitch in $500 to get it done. These are exactly the kind of sponsors we say “yes” to because we have all the freedom. And also, the laundry room is on our to-do list this year! 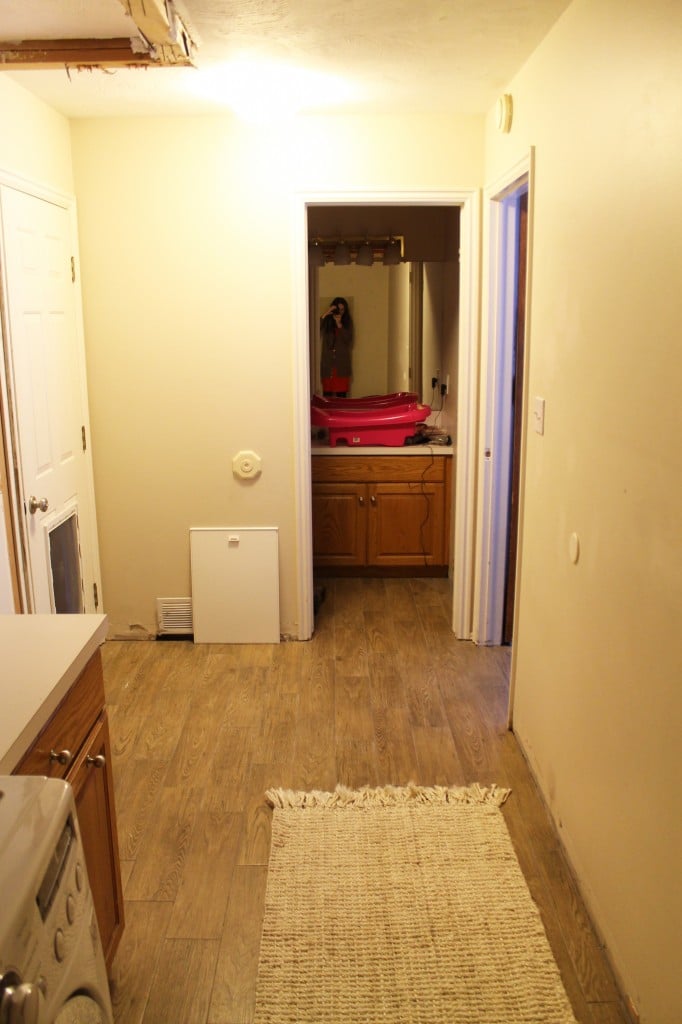 The only problem was/is Chris’s back. Wah-wahhh. Last year, he lifted a band saw by himself and tweaked his back. He’s been working on it, doing physical therapy, chiropractic–the works. And it just kept getting worse. He got a cortisone shot thinking that would help. And  it did for a day or so, but then his foot started going numb. He got an MRI that showed two herniated discs pushing up against his sciatic nerve. While he’s been wanting to fix this without surgery, it’s reached a point where the parts of his leg that aren’t numb feel like they’re always on fire, and it’s getting steadily worse. Delaying surgery any longer would only lead to permanent nerve damage. So! Tomorrow morning, after an excruciating waiting period, he is going to have a microdiscectomy. The good news is he should get some relief right away, the unfortunate news is the recovery is about 3 months. For the first 6 weeks, he won’t be able to lift anything over 10 pounds (which is very sad since Faye is about 18lbs) and for another 6 weeks after, nothing over 30.

This puts a lot of our larger project plans at bay for the first quarter, but I have a list of things (like our bedroom!) that I am more than capable of doing alone. Wayfair gave us an end-of-February deadline for their proposed project and while we talked about me tackling our laundry room alone, I just don’t know enough about electrical nor do I have the strength to move walls, Ha! But then I had an idea of possibly re-doing someone else’s laundry room. I could design it, shop for it, direct it like those shows that give the couple “homework” at the end of the night and still live-blog it. I pitched it to Wayfair and they were totally on board!

After searching high and low for a local laundry room that needed major TLC, and a couple willing to put in some elbow grease–I found it: 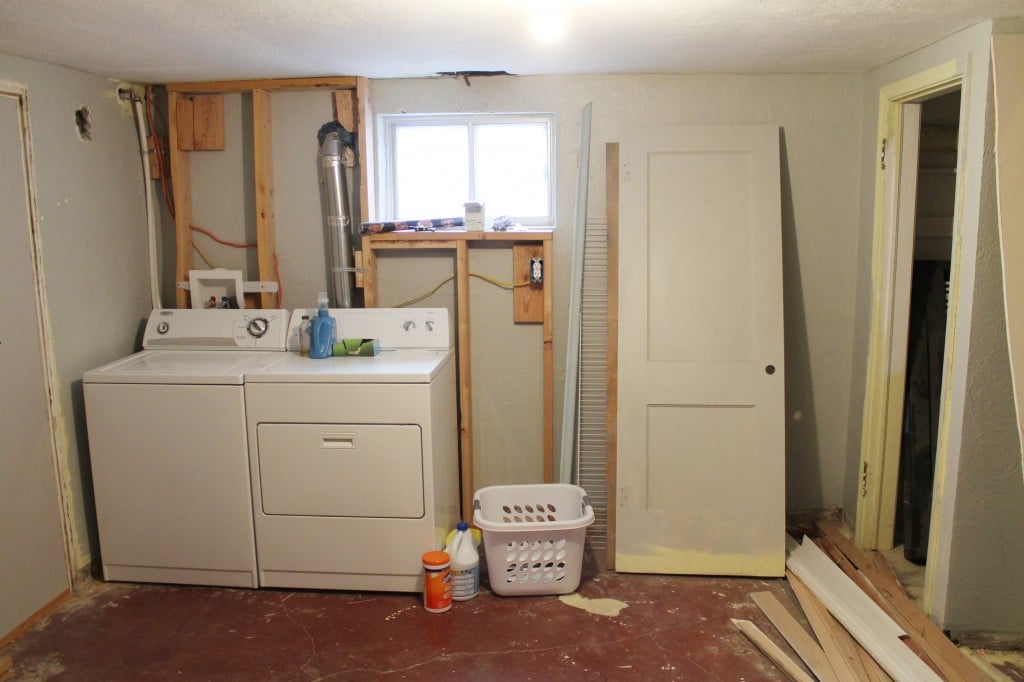 Some friends of ours are remodeling their older home and while some spaces are completely mind-blowing to see before and afters of (their kitchen! I must share their kitchen one day!), their basement is mostly untouched. Right when you walk downstairs, you have to walk through this laundry room before heading into the family room and guest room. So, it is a very important space. It’s  really the threshold to the downstairs. Wayfair has everything we need to whip this room into the most beautiful shape decor-wise, but it obviously needs a little more than decor. I really wanted this to be a true gift (even if they would have to help with the labor part) so, I emailed our friends at Ace Hardware and they pitched in the supplies we need to insulate, drywall, tape, mud, paint, shelve, move around electrical–it’s going to be amazing.

Tomorrow I’ll share the mood board I designed for the space and how we decided on a budget-friendly direction. Even though this isn’t our house, I am just as excited about watching this beat down laundry room get a new life. I hope you are, too! 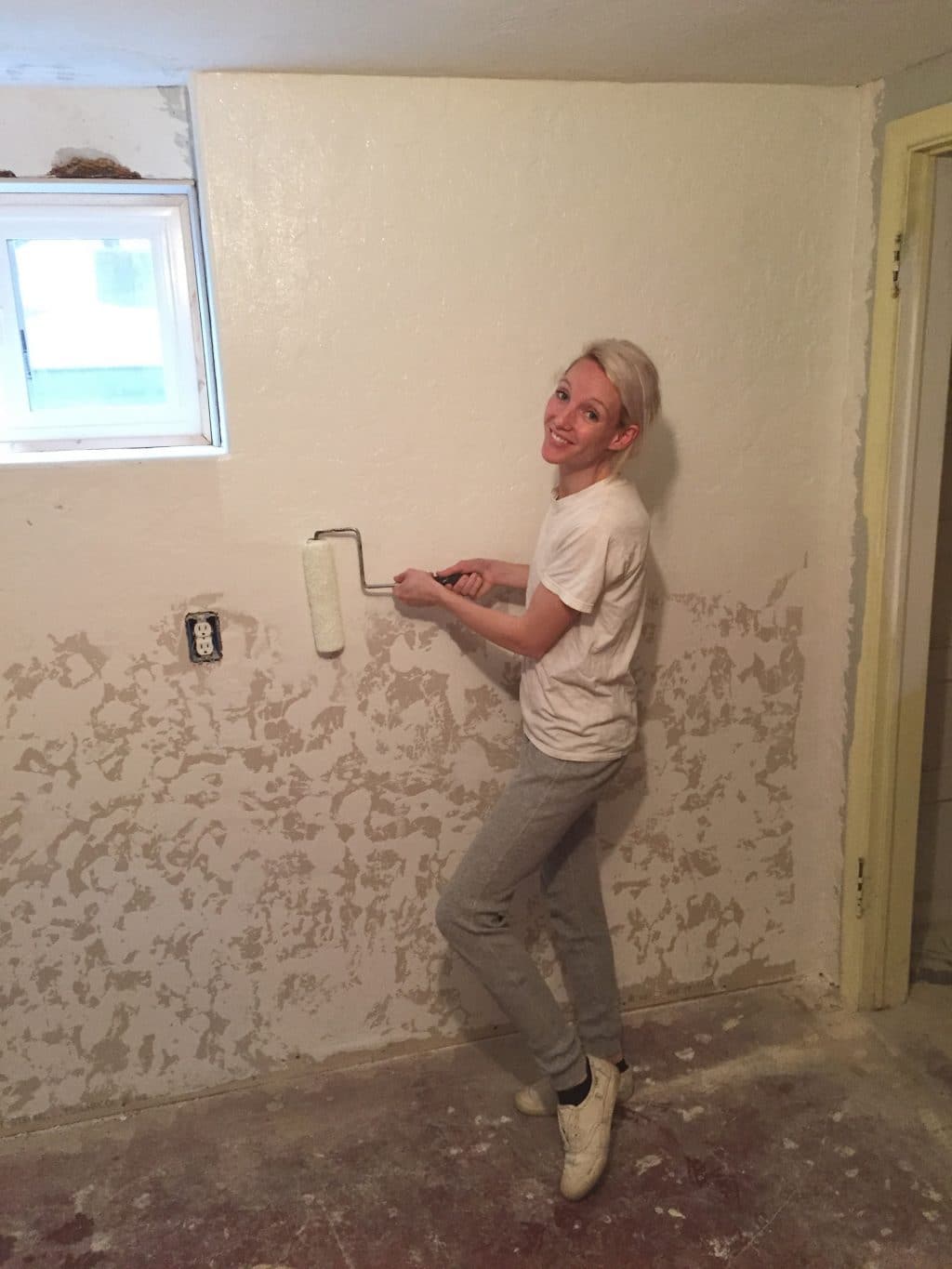 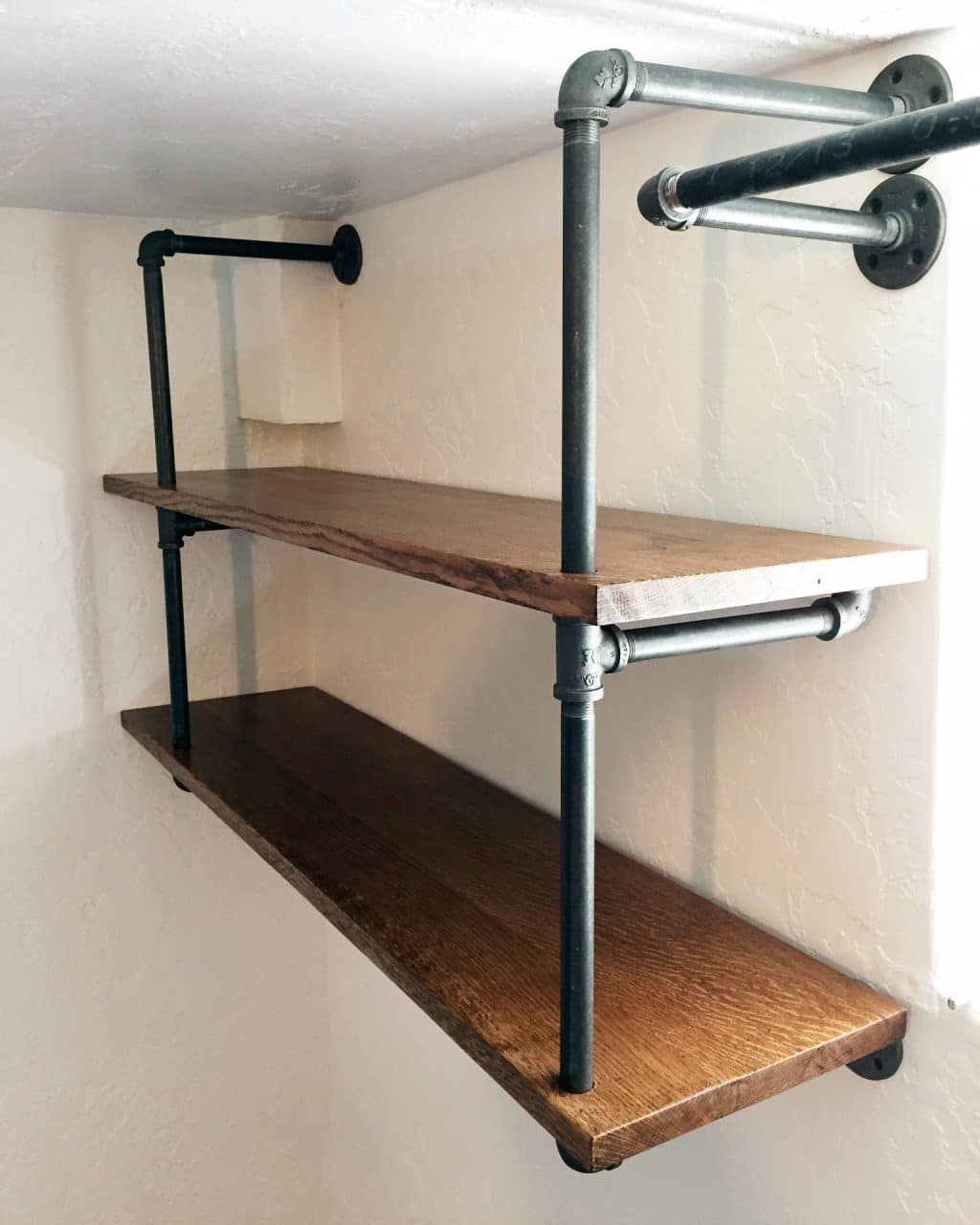 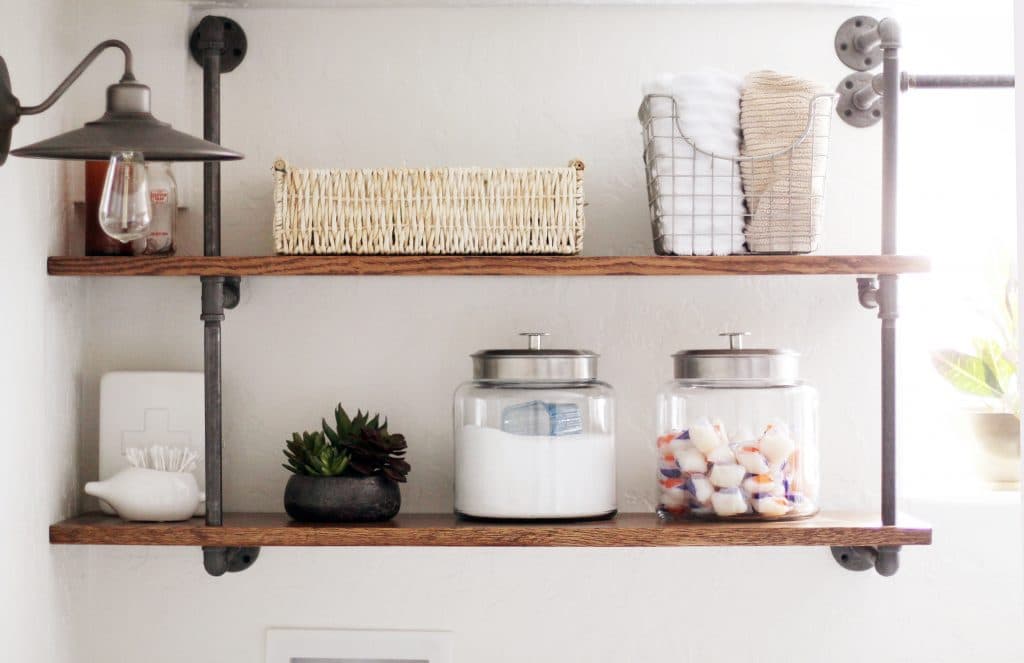